“It’s a really cool process to be a part of”: Jeff Loomis on his new signature Jackson

We chat to prog-guitar icon Jeff Loomis about his 2020 signature Jackson Kelly and its sequel, the new seven-string Pro Series Soloist. 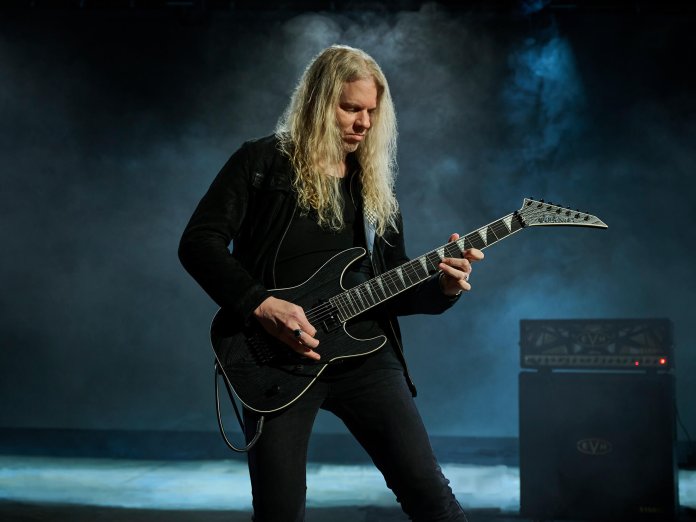 As far as neoclassical, progressive-metal-infused technical playing, Jeff Loomis has long been a standard-bearer. Combining Malmsteen-inspired sweeping with Petrucci-style riffing and a strong sense of melody, Jeff plied his trade for two decades with prog-metal titans Nevermore before they disbanded in 2011. Since 2015 he has been the lead guitarist in the hugely successful metal outfit Arch Enemy.

His long and fruitful association with Schecter, with whom he realised a number of six- and seven-string signature models, came to end in 2018. Shortly afterwards, he became a Jackson artist, releasing a signature Kelly model in 2020. This year sees the Jackson Jeff Loomis signature range augment further, with the release of a seven-string Pro Series Soloist and the promise of more models to come. 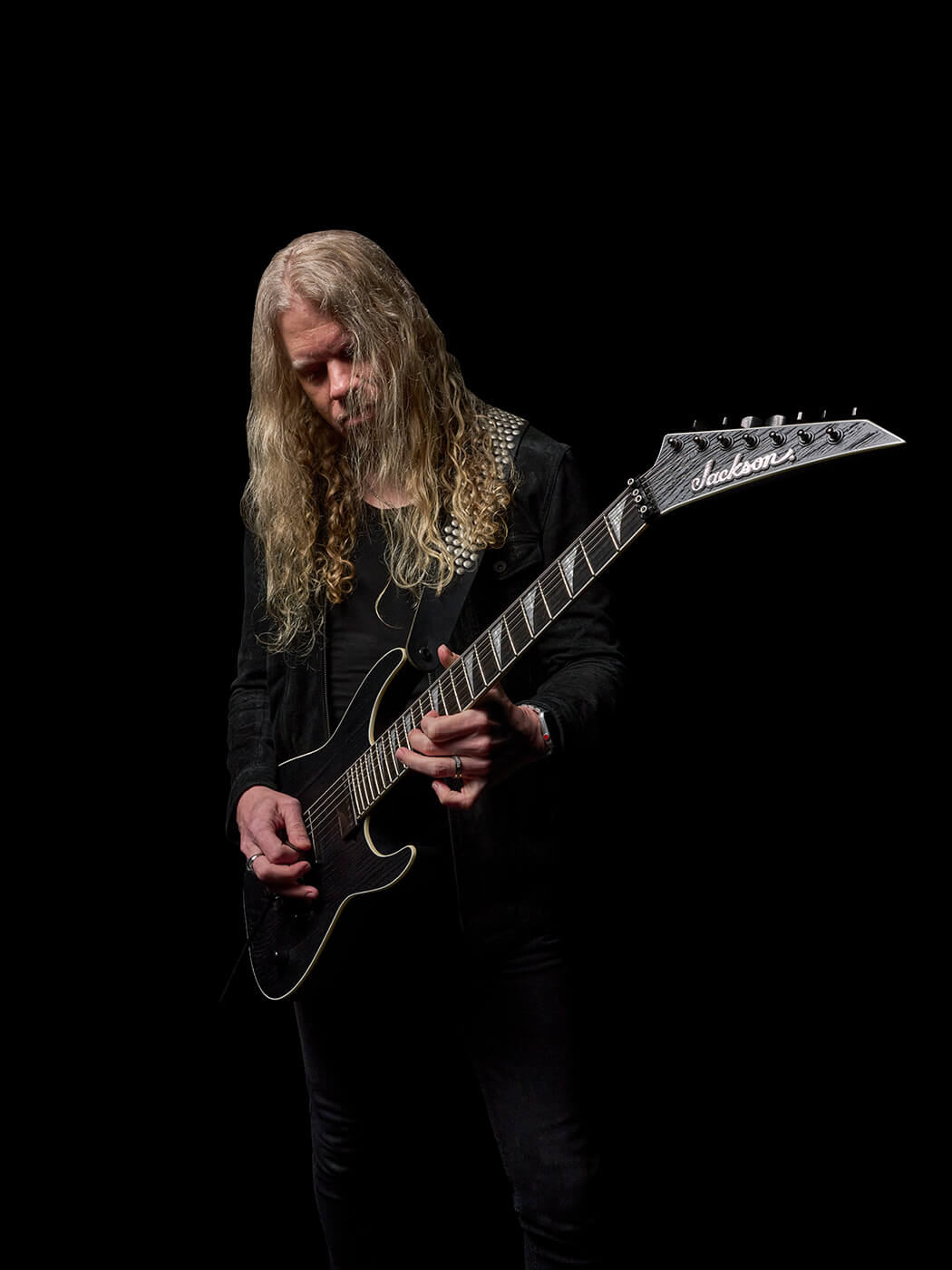 A few years ago you released a signature Kelly version. Was any consideration given to developing a seven-string Kelly or were you immediately drawn to a different shape for the seven-string?

Yeah, for a couple of reasons really. I guess number-one really was balance issues. I’d played a couple of friends’ Kellys before; I had a friend who had a seven-string Kelly and it was just a little bit, ‘Ooooh’ [mimes dipping the neck of a guitar]. Most of the seven-strings I’ve played in my lifetime have been the Strat kind of shape, so I just wanted to cater more to that area. I’ve always been a fan of the Soloist shape, so I just wanted to introduce that as the second guitar, you know. I’m very happy with the way it turned out, man. It’s great! 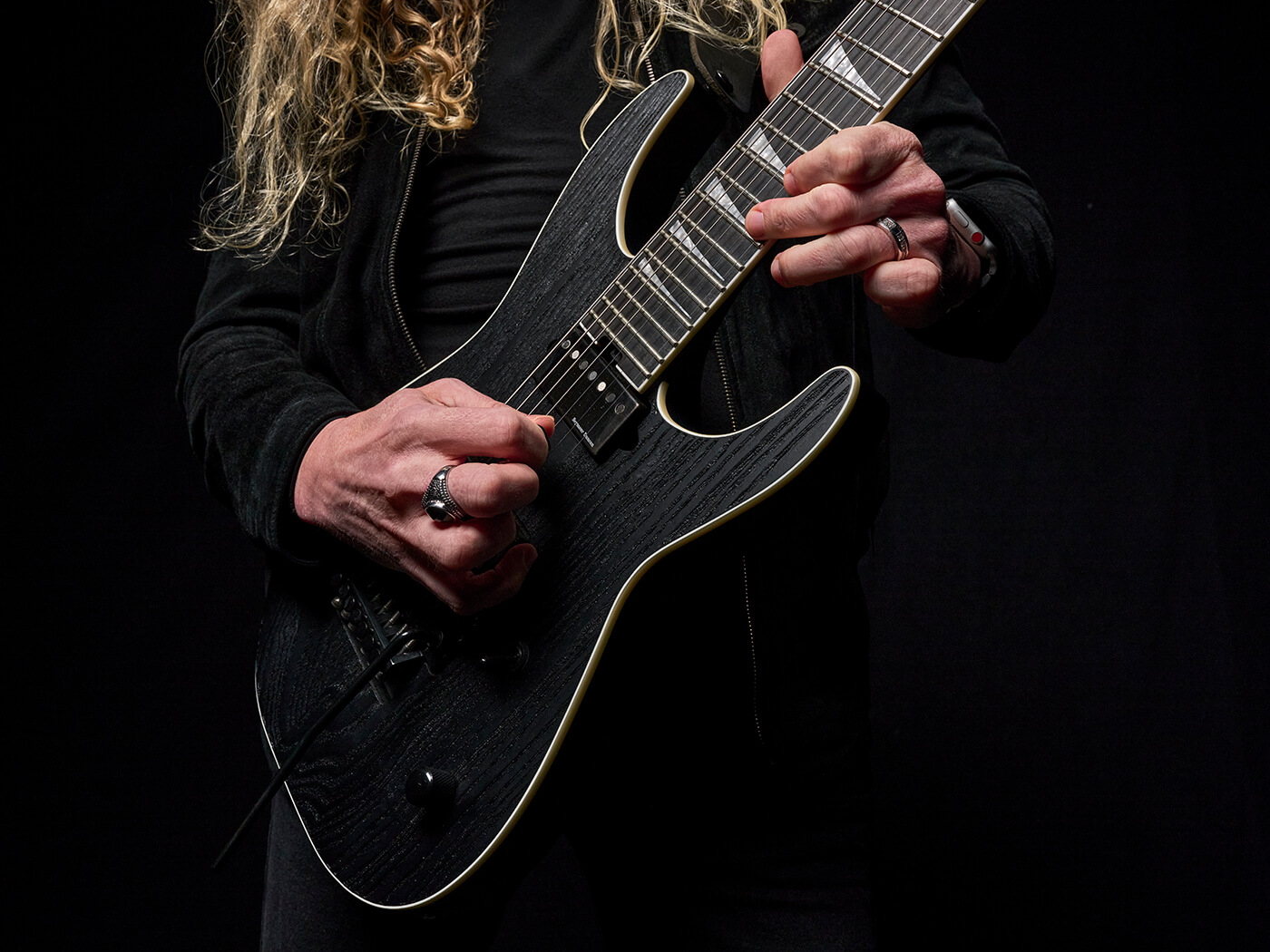 When you began designing this signature model, did you start with a blank slate or did you have a clear idea of what you wanted?

We definitely knew from the success of the Kelly that we wanted to continue the same kind of vibe looks-wise – an all-basswood body with the sand-blasted ash top. I just wanted to change the body style, and that’s it really. It’s a very simple guitar. The toggle would mostly be where the volume is, and the volume would be where the toggle is, right? But I always just keep my volume on 10 and do a lot of pickup switching between solos, so I like having that toggle really close. So that’s one thing that continued on this guitar from the Kelly. 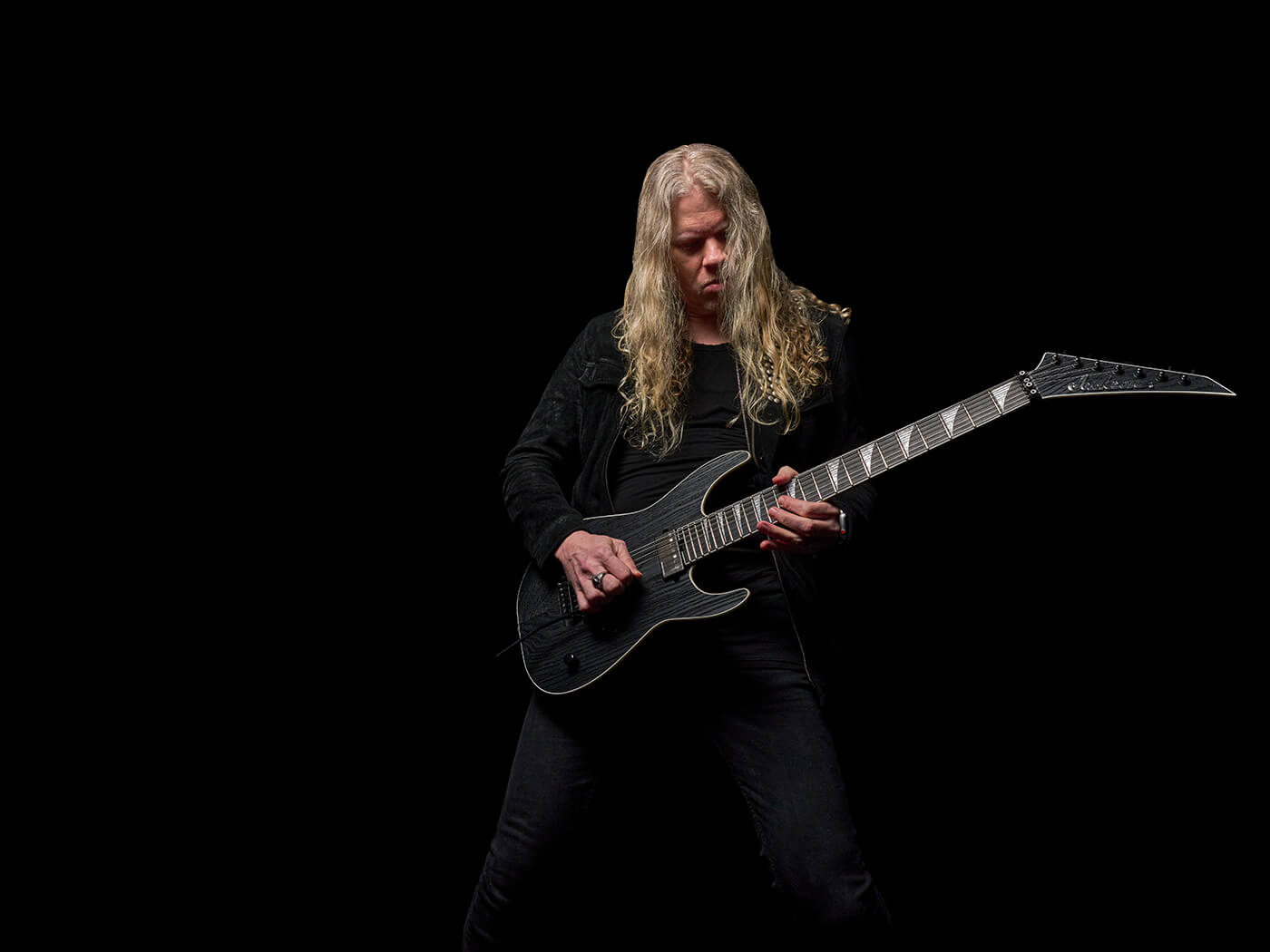 Of course, the Floyd Rose was mandatory…

You know most of the arms on Floyd Roses are the screw-in type? Well, with the 1500 it’s a push-pull, which I absolutely love because you just push the arm in and you tighten it down with the little wrench, and basically it never gets loose. Sometimes with the screw-in ones you can read that noise through the pickups. I hate it. With the push-pull, it’s just awesome and super-quiet. 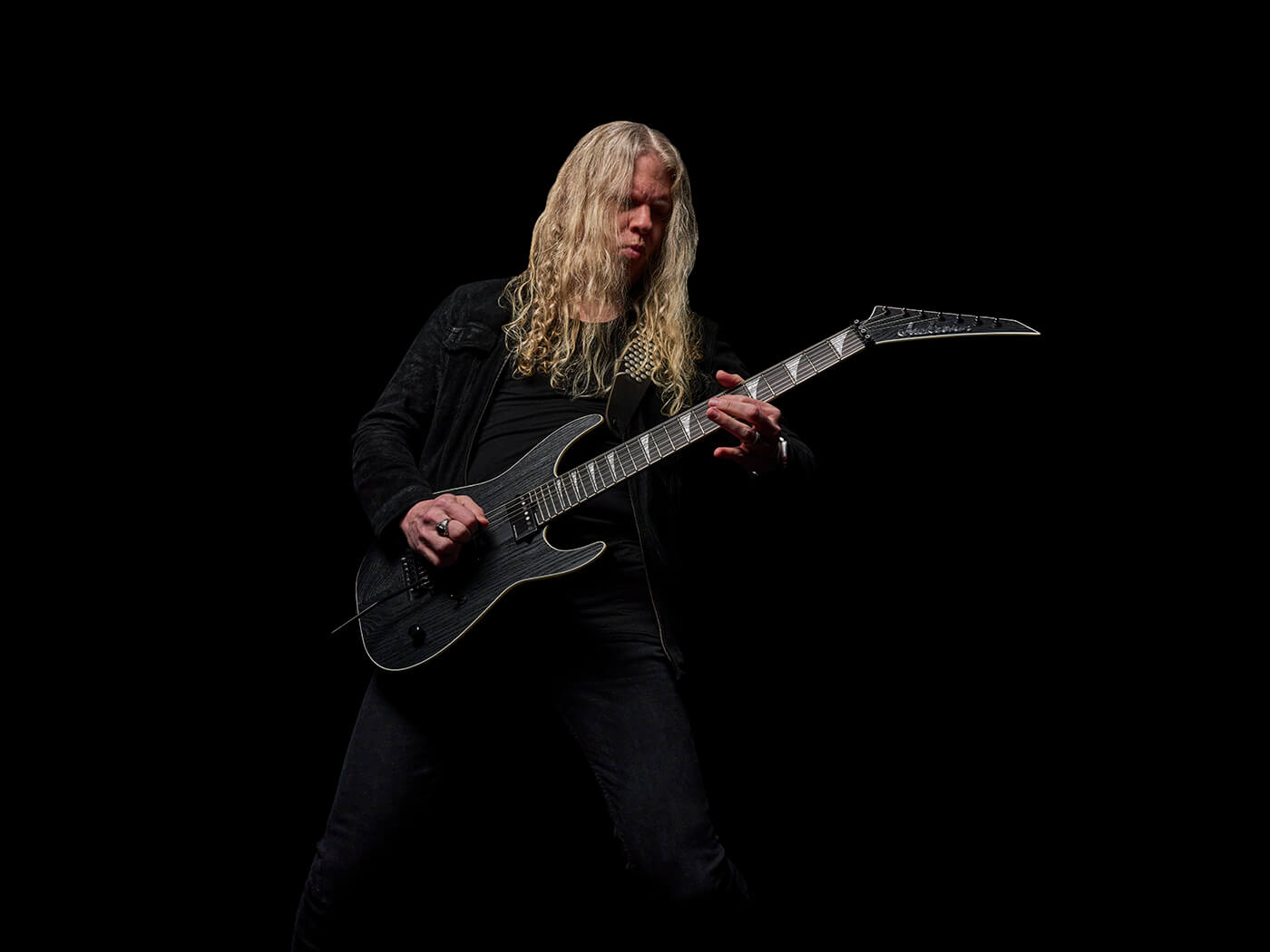 Were there any other mandatory requirements?

What I’m seeing more and more on a lot of instruments is the wheel truss-rod adjustment. You know, we do a lot of fly-in shows, and when we’re touring, like, China and South America, we don’t have our tour bus, and the neck can move a bit on an aeroplane or whatever. This wheel beats the shit out of having to take the cover off here [points at the headstock]. All my guitar tech does is use a little Allen wrench, sticks it in there and gives it a quarter turn and it’s back straight or however I want it, you know.

Do you find the luminescent side dots useful?

We play a lot of dark stages with a lot of smoke, my eyesight is not the best. So my guitar tech usually just takes a Maglite and shines it on each one for one or two seconds, and the whole thing just lights up. It really helps you navigate the fretboard when you’re in a live situation. 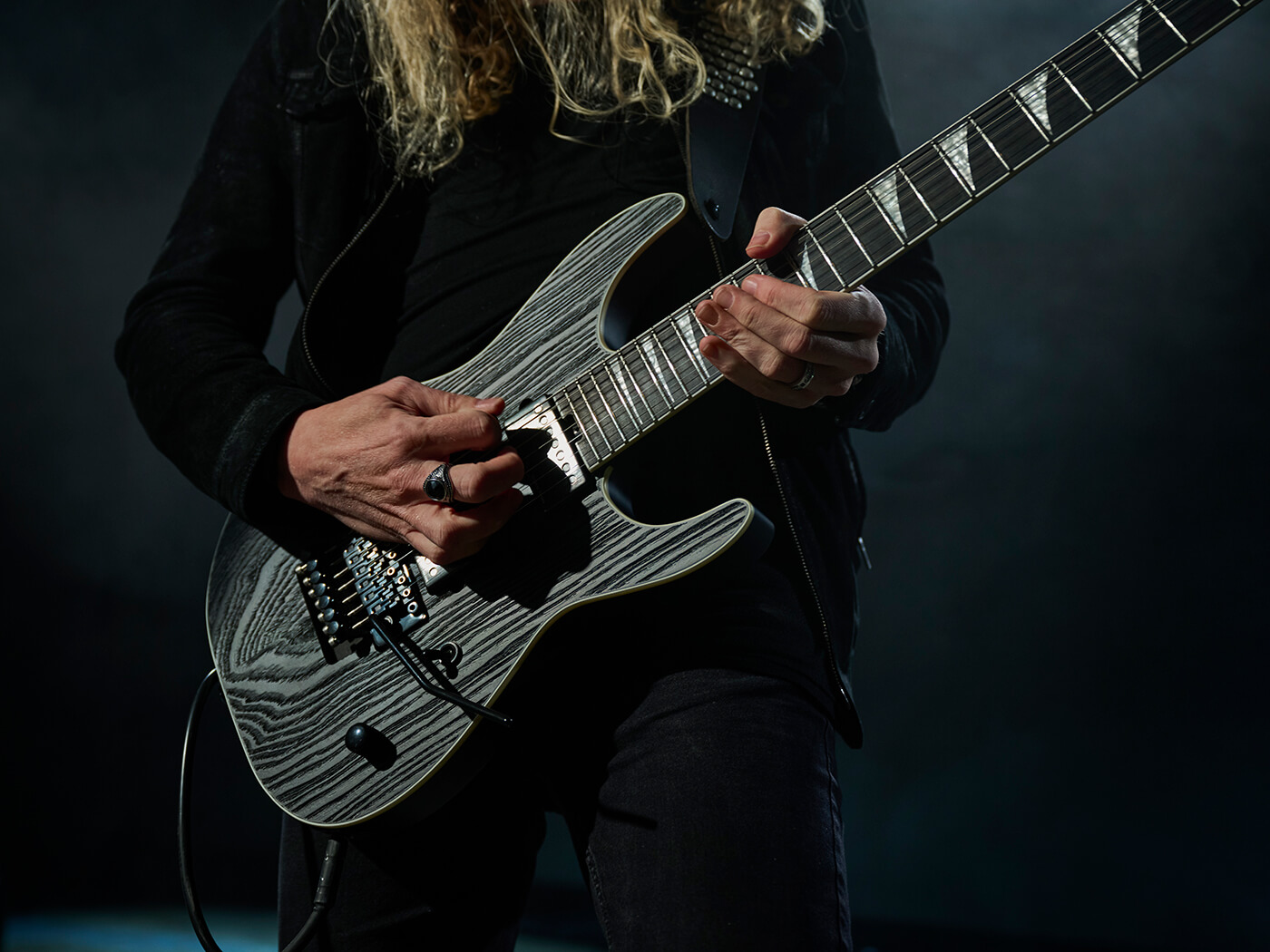 There’s an old-school feel about this guitar, and the jumbo frets give it that late 1980s/early 1990s shred guitar vibe.

I’ll always have jumbo frets; it’s just something that’s a feel thing for me. I have a couple of Les Pauls at the house here that I love to play. They’re so heavy and just great living-room guitars for me. But, man, oh man, the frets! You almost have to work a little bit harder, that’s the thing with those guitars.

Have you always gone for a thin neck profile or has that changed recently?

Thinner profiles are more comfortable to me over long periods of time and playing; it’s stress-free on my left hand. When we were in the process of working on the first prototype Kelly guitar, I was able to actually sit in the custom shop down in Corona, California, with the legendary Mike Shannon. It was super-awesome, man, because I was just passing him back the guitar like, “No, not quite yet”. He was just hand-sanding it and I was blown away by how smooth he was with the process. We did that about five or six times and then finally it was just perfect. And then they come in with all the special camera measurement stuff and take all the exact specs, and then it gets mass-produced into this signature guitar. It’s a really cool process to be a part of. 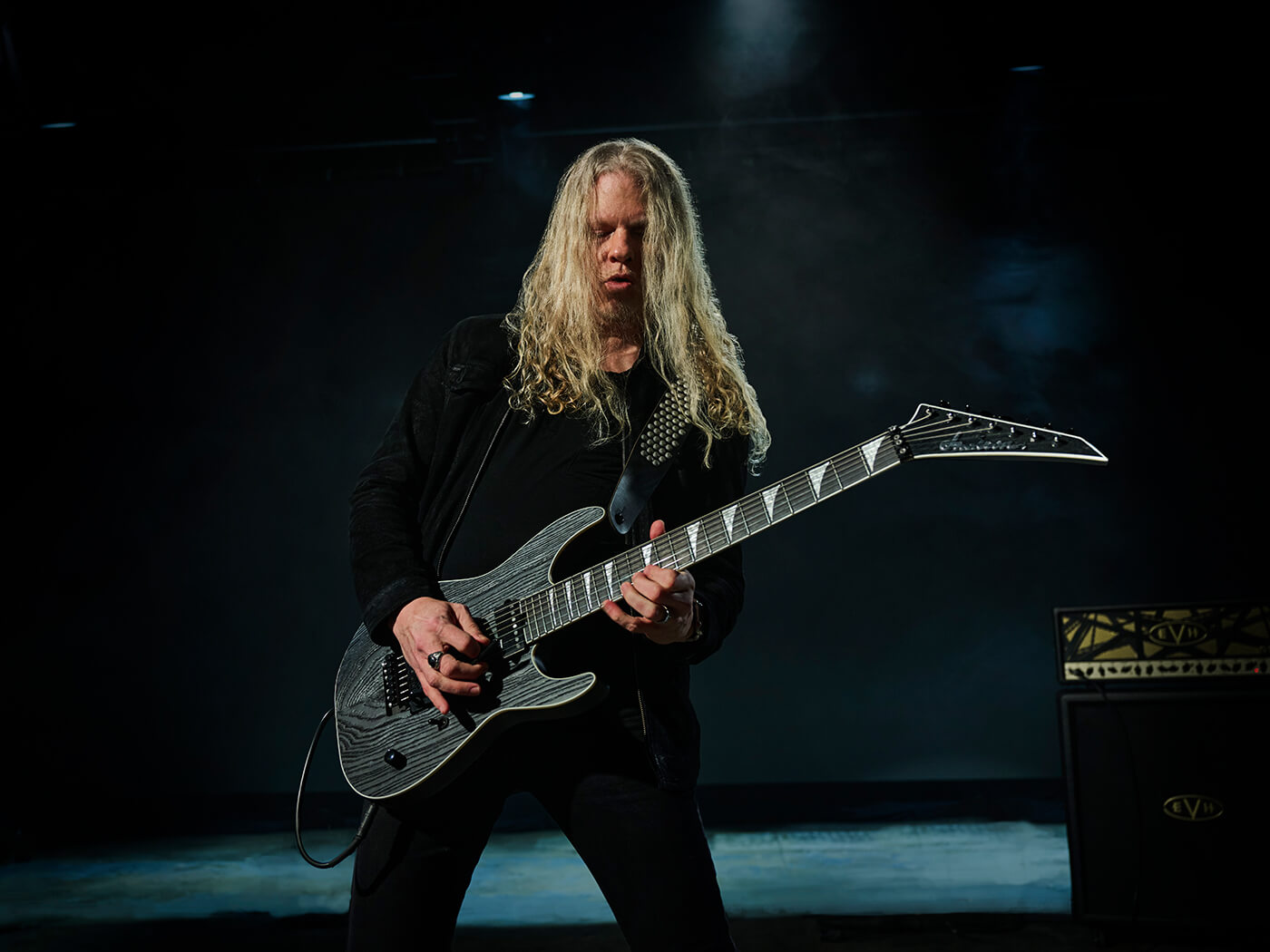 What are the different requirements you have for a six- and seven-string?

The neck is pretty much the same, just wider of course to suit the extra string. I didn’t really get into too much detail on this one, one on one with Mike, as I did with my Kelly. But they just asked me if I wanted the same vibe on this one, and I agreed to that because that’s what I wanted. The way I look at it is I’m making things simple for myself in a live situation. Being a basswood body, it’s not too heavy but not too light. That’s perfect for me for doing an hour-and-a-half/two-hour show every night. I’m not the young buck I used to be.

You used a maple neck quite a lot in the past but you’ve stuck with ebony on this model.

I love the looks of ebony on black anyway, and I always used to think that maple was perhaps the brighter-sounding wood, when in actuality I think ebony is. I’ve always been a fan of the shark fin inlays on all the older Jackson stuff, and I really wanted to have that look on both my Kelly and the Soloist. And I did not like a maple neck with the black shark fin inlays; I mean there’s nothing wrong with that look, I just don’t like it, you know? So I wanted to continue the old-school style of having that ebony fretboard with the shark fin inlays with the extra-large frets, which I love. 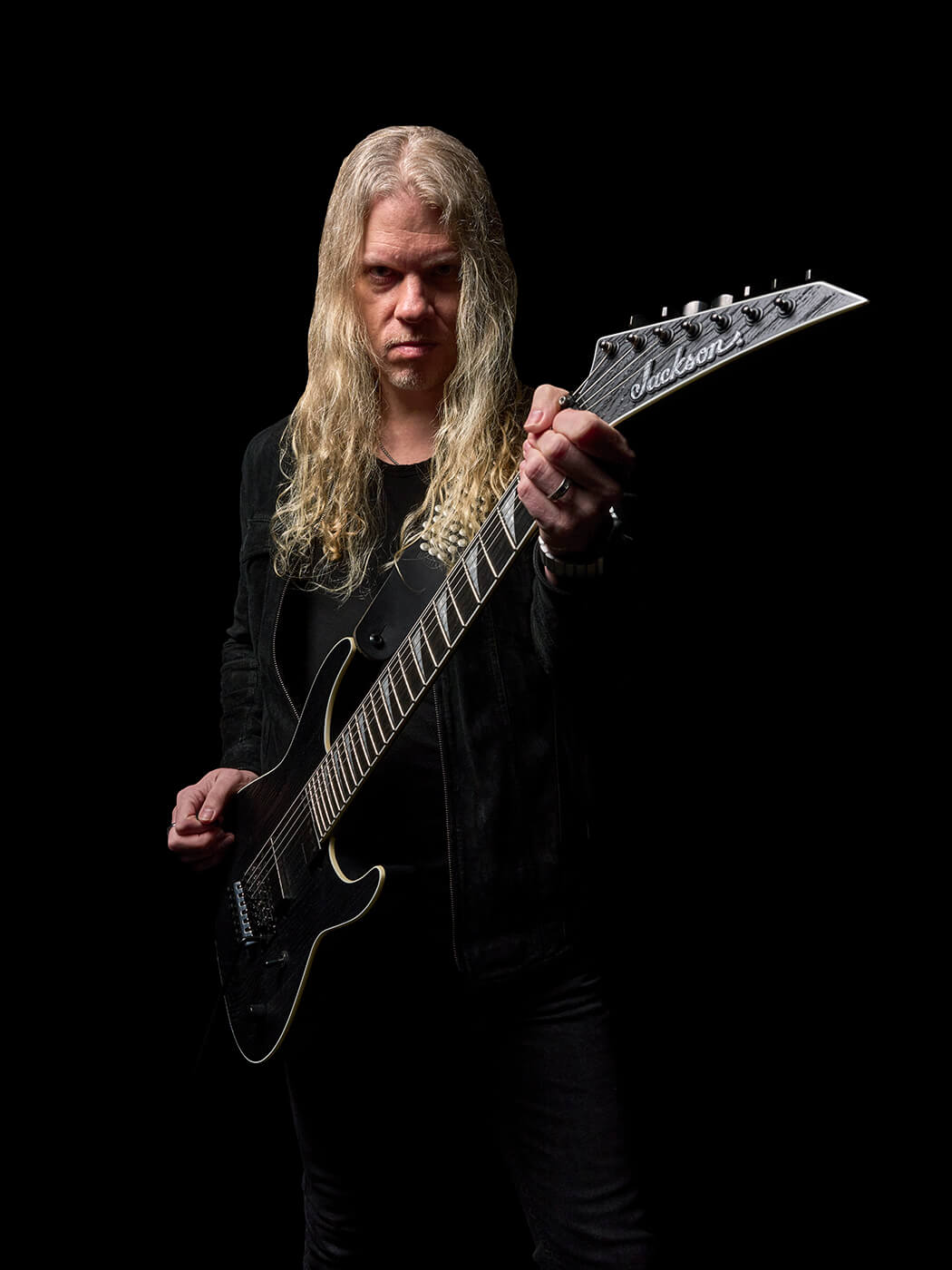 It cuts through the mix quite a lot in lower registers. Is that the reason you were drawn to maple and ebony in the first instance?

Absolutely, yeah. I always thought it just stuck out more and it had a brighter tone to it, so that’s definitely correct, yeah. I look at the guitar as something that I need personally in a live situation to make things easier for me, and that’s how I designed it. Ebony, to me, is the most solid-looking and brightest-sounding wood that I need to make the tones I’m looking for. Especially when I’m recording; with these pickups I’m getting a lot of high-output mid-range as well. That grind is what I’m really looking for, and I’m also getting a really nice pick attack on the higher strings, where it’s almost like that chirping sound where you can hear the pick actually hitting the string. I love that! All those little factors come together to make the guitar of my dreams.