Find out how alternative tunings played a role on her fifth studio album. 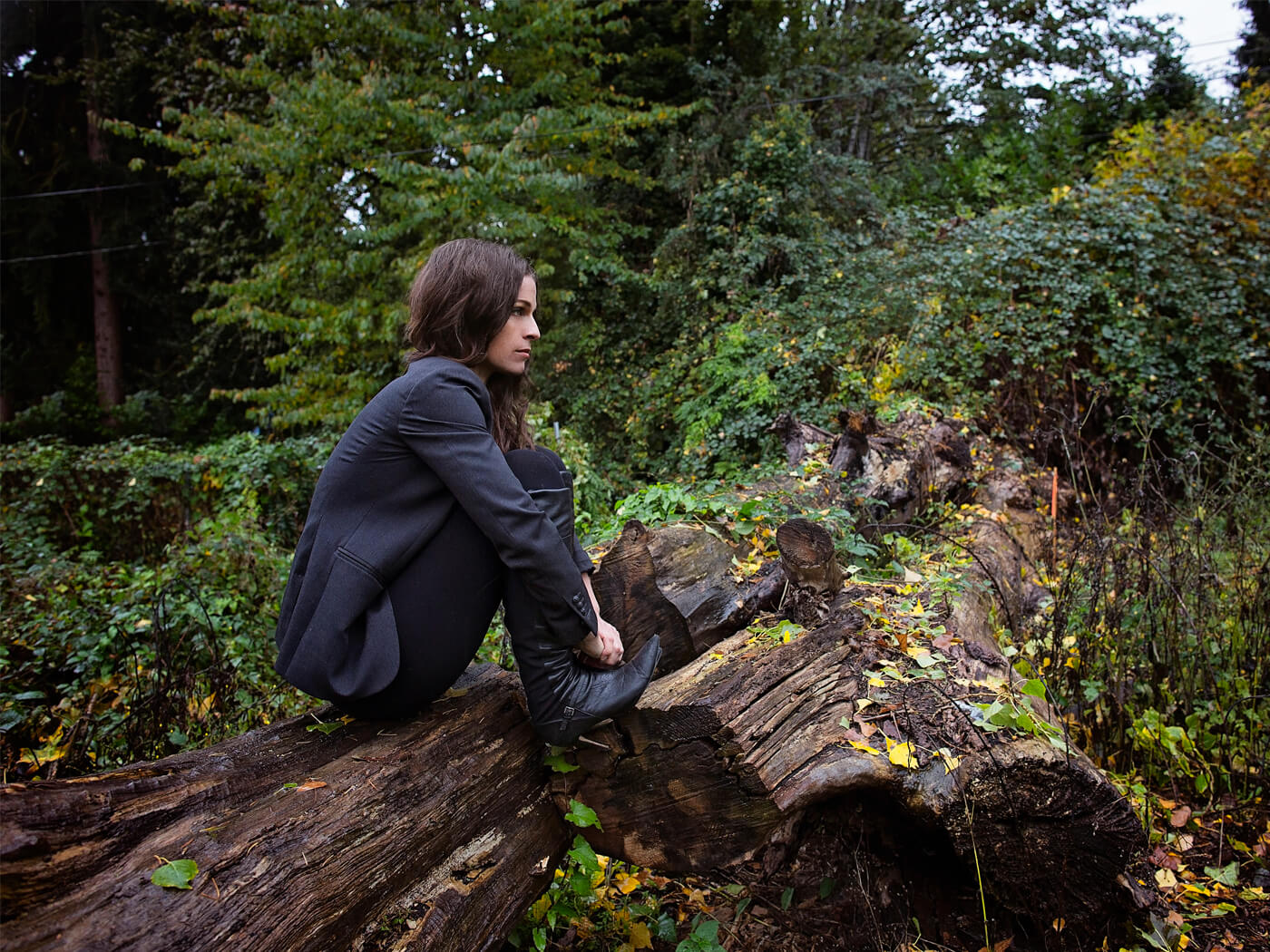 Today, Jesca Hoop releases her new album, Stonechild. The poignant record, which is her fifth, spotlights the singer-songwriter’s signature finger-plucking guitarwork, not to mention her clear, authoritative vocals and poetic lyrics which paint a thoughtful portrait of our troubling world. A few notable collaborators helped Hoop conceive Stonechild, including producer John Parish, Jess Wolfe and Holly Laessig of Lucius and Kate Stables of This Is The Kit.

Hoop says alternative tunings, in particular, strongly influenced her new album. “I went to alternate tunings for the need of a different set of voicings to work with. I needed my melodies and rhythms to shift and I turned to tuning to achieve that,” she explained to Guitar.com. “The result varies from song to song. In some cases it draws out the folk in me, in others a painterly aesthetic.”

Hoop ran through five songs on Stonechild for Guitar.com. Find out more below.

“The highlight on this song are the backing vocals provided by Jess Wolfe and Holly Laessig aka Lucius. They were traveling the world and singing with Roger Waters at the time, so their input had to be executed remotely. We had not met; in fact, we have not met or spoken. It was a matter of constructing a clear directive for them to follow whilst leaving room for them to bring any of their own ideas to the piece. The leap that the vocals take in the middle of the song came as a very pleasant surprise to me as that was an idea Holly and Jess brought to the song.”

“I give credit for the unusual melody and chordal changes in this song to the tuning. Old Fear Of Father is tuned to CGCGCE. This is a really fun and easy tuning, your fingers can go anywhere. Along with the unusual melody and chord structure that CGCGCE brought out in Old Fear Of Father, it also brought out a folky, ‘field’ sort of aesthetic to songs like Free Of The Feeling and Footfall To The Path.”

“Alternate tunings played a major role in the overall shape and feel of this record. Playing with alternate tunings opens up unfamiliar chordal voicing and can broaden your range.

“Death Row is tuned to DGDGBD. The guitar arrangement is a bit above my pay grade. It took a substantial amount of time to compose the part and it took even longer to train my fingers to play it. This was played on a gorgeous vintage Guild hollowbody electric.”

“This is played on two beautiful acoustic guitars in unison. One is a Martin Terz and the other is a gorgeous old parlour guitar, make unknown. The song was inspired by stories told about Alan Turing. The timbres used to complement the basic track were inspired by Alan Turing’s computer music (he is noted to be of the first to make computer-generated music). The sounds were/are very crude.”

“This song – tuned to DADF♯DD – has a melody that to me feels timeless. It was really easy to find in this tuning. I would say that my melodic style is defined and made possible by what is not there. I tend to leave chords incomplete and I rarely playmore than one string at a time, so there is a lot of space for the voice to move around.”

Stonechild by Jesca Hoop is out now via Memphis Industries. You can also catch her on tour in the US, UK and Europe in the coming months. Find tour dates here.