“I wear my heart on my sleeve, so I’m not surprised that comes through in the music”: JJ Wilde on her new alt-rock EP

The LA-based musician on her brother’s influence, not pursuing an ordinary career and writing over 500 songs for her debut release. 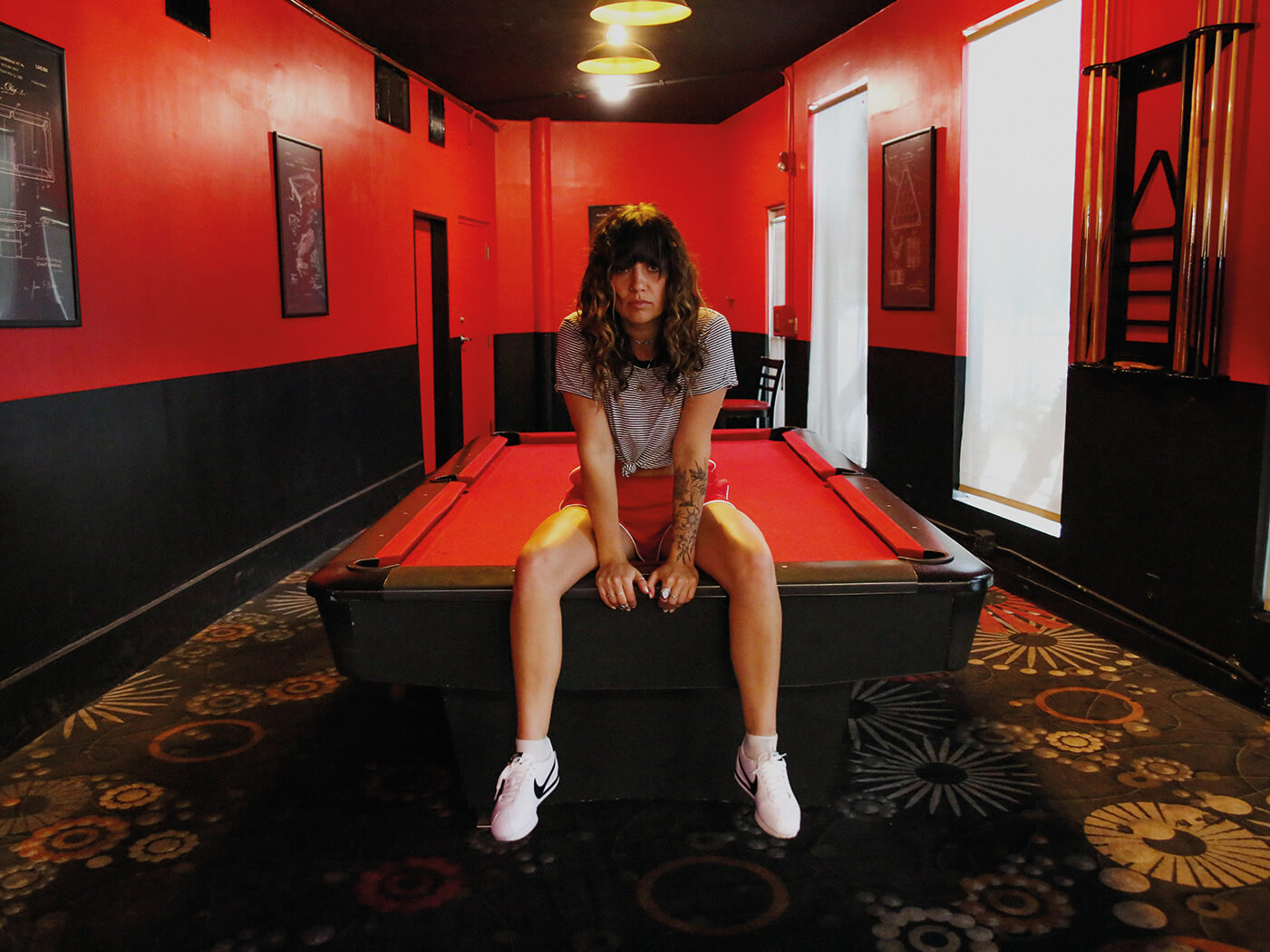 Despite now being signed to Black Box/BMG, JJ Wilde’s musical career hasn’t gone as smoothly as you may think. Back in 2018, she came to a crossroads where she almost left the industry behind for good. That was until she briefly attempted to go back to school, which resulted in an epiphany that pushed her to write over 500 songs in the lead up to her debut EP, Wilde Eyes, Steady Hands.

Her work ethic has resulted in a raw, sometimes cathartic body of work that has defined her journey and helped convey her unapologetic view of the world. “I just wanted it to be raw,” Wilde said.

Here, she tells us how her brother helped kick-start her musical journey, about choosing to stray away from an ordinary career and how she recorded her debut EP in a little over a week.

“My older brother played guitar and I always looked up to him. I loved the sound and was always interested in how he could make so many different sounds with one instrument.”

You’ve been writing music for a while. What were your early influences?

“My early influences were a lot of what my parents were listening to at the time, which was classic rock, Led Zeppelin, Pink Floyd, Bruce Springsteen, Paul Simon… then I went more towards acoustic singer-songwriter-style musicians. Damien Rice was a huge influence. As I grew older, my influences and musical preferences changed and evolved from folk, pop, rock, rap, classical, basically everything! Norah Jones was also a great influence for a strong female vocal, as well as Amy Winehouse and Janis Joplin.”

Was there an epiphany moment before you chose to pursue music full time?

“There was actually! I had been in bands before and tried solo shows, playing locally around my city and touring Canada with previous bands. When my band fizzled out, I pursued a solo career but became frustrated playing local shows and not hailing much else. I was also working three jobs and playing gigs two or three times a week!

“After two years of running on that hamster wheel, I reached a breaking point, a realisation that this wasn’t working and I needed to make a change. My first thought was to explore my options of going back to school, and when I did, I quickly realised that I wouldn’t be happy doing anything other than music. Sure, a career seemed sensible and comfortable, but during the meeting I had a sinking feeling of ‘well, this isn’t what I want’. From that day on, I chose that no matter where it took me, broke or not, I was going to pursue music, however I could.”

You amassed over 500 songs before your debut EP. How did you choose what made the cut?

“Honestly, choosing the songs for the EP wasn’t as difficult a process as you might think. I had a great deal of material and had compiled a short list of songs I wanted to start with. My producer Frederik Thaae also did the same thing and when I got to LA, we cross-referenced our lists to see what songs we both liked. After that, it was a very organic process of choosing a song to start the day with and see where we got with it.
Some we wrote and finished in the studio, really it was whatever songs came freely. If we hit a wall with one idea, we would take a break from it and work on another. By not forcing the songs, we ended up with a clear distinction of what ones to run with.”

You also finished recording it in just eight days. How was that experience?

“Recording it in such a short amount of time was a rush, to say the least. It was great, because it didn’t leave any time for second-guessing our decisions, which can happen all too often with creative ideas. It was all feel – if something felt good, we would run with it.

“Although there is something nice about being able to sit with an idea for a while and add to it, for my first project I’m glad we did it this way. I had something to say and we got it out as quick as possible.”

It feels like there’s a lot of pent-up emotion on Wilde Eyes, Steady Hands. Is that something you were trying to convey?

“I wasn’t trying intentionally to have that, but it’s definitely there. I think the pent up emotion comes from years of pursuing the same passion and getting nowhere. Knowing that I wanted to do this, but not knowing how exactly, was a huge struggle. I think it’s something that many people go through in different ways, being unhappy with the current state of your life and trying to figure out how to change things.

“All of my music comes from personal experience, thoughts and feelings… I’m a person that wears their heart on their sleeve, so I’m not surprised that comes through in the music, even if it’s not intentional.”

Is the guitar your main instrument for composition?

“It is! I’ve always written on guitar. I’ve toyed with the idea of using a piano for my writing and have written a few songs using one, but my main inspiration and instrument is guitar.”

What guitars and amplifiers are you currently using?

“For writing, I use my Fender T-Bucket acoustic and a Taylor, but my first guitar was a Tanglewood and I still use it for writing. As far as stage goes my guitarists vary. I mainly like Fenders for their punchy, trebly tones, but I’m also a sucker for the warm lived-in-couch feel that only humbuckers can bring to the table.”

What’s next for you?

“Lots more music! The next thing for me is touring as much as possible and writing, of course. I’m always writing! I have new music on the way, but I’m waiting for the right time to release it. This is just the start and I really can’t wait to see where this journey takes me.”