“I was as keen to make sure this was a great amp for vocals as much as for guitar”: Jon Gomm on the Blackstar Sonnet 60

Few acoustic players push their gear harder than Jon Gomm. He talks us through the R&D process behind Blackstar's first foray into the world of acoustic amplification.

Jon Gomm tells us, “the problem with acoustic amps is that there are two kinds. There’s the one that’s basically an electric guitar amp, except it’s brown. I know they’re voiced differently but they’re usually closed-back electric-guitar combos with maybe a tweeter, and they just try and keep it as clean as possible. In terms of sound, you might as well use a keyboard amp. I’d be pretty reluctant to sing through one of these.

“Then there’s the other kind, which is much more hi-fi and sounds much better. The problem with those, I’ve found, is that they either don’t have the frequency range I need, with enough low end for a percussive kick drum sound, or they can’t handle the dynamics – usually both.

“With one of those amps, I could sing a long note and then slap the strings, and because that’s such a high-velocity sound, the amp’s compression would kick in and the volume of my voice would dip like a ducking effect in the studio. So that kind of amp is the worst of both worlds for me. They sound boxy because I lose all my low end – they don’t really register below 80hz, and my kick drum sound lives at 40hz, and I play tuned low anyway. 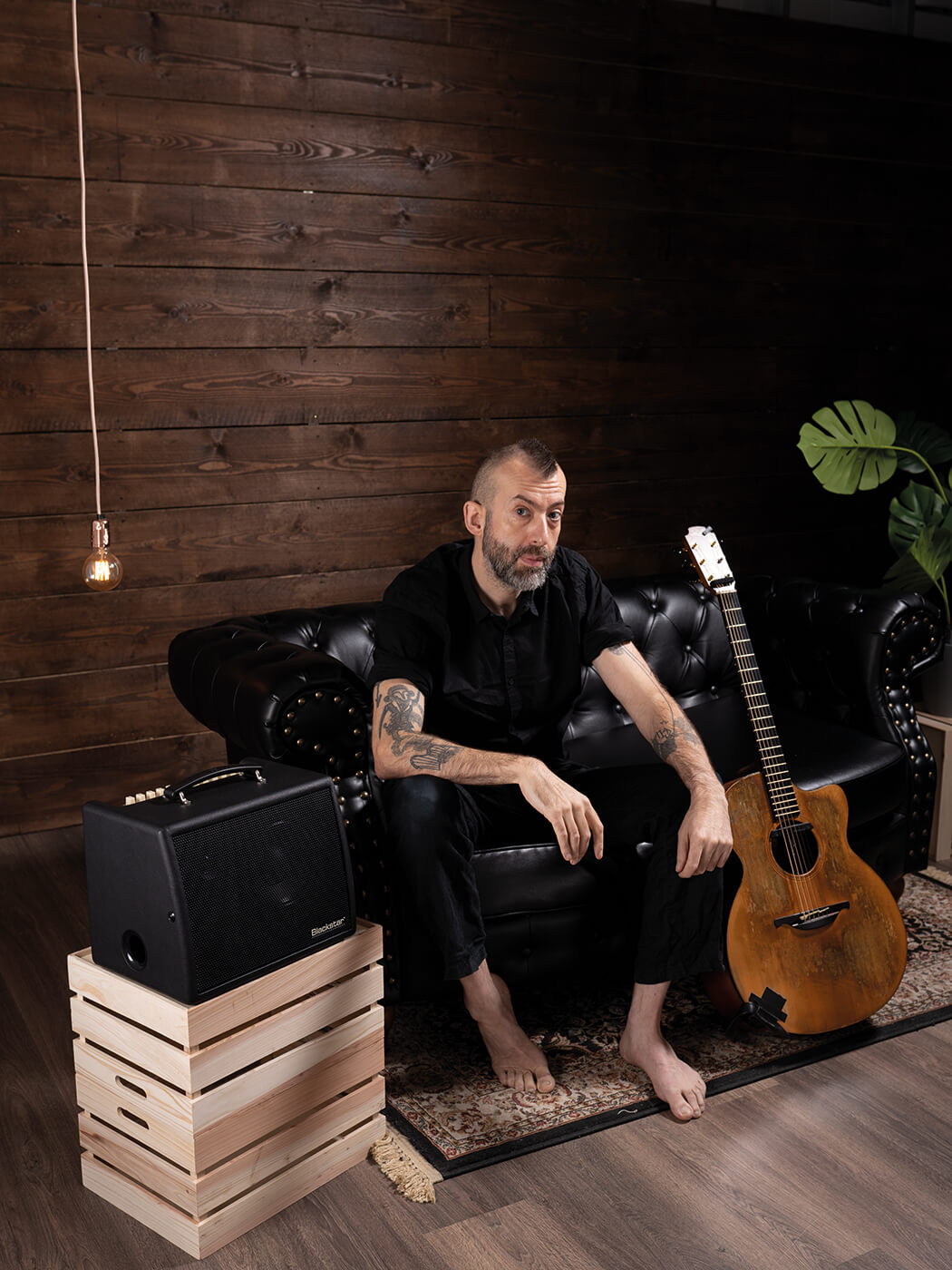 “Blackstar hadn’t actually started designing this amp when they first contacted me, so it was obviously a great opportunity to get properly involved in the process. I had worked with amp companies in the past but no-one had ever done that before. Basically, we wanted to create an amp that would have the neutral hi-fi quality, only with the full frequency range to go down low. I’m really pleased with it. It sounds really good.

“One of the great things about working with Blackstar is just how far they’ll go to get the sound. They’re happy to push the boundaries. The Sonnet 60 was designed with [chief engineer] Paul Stevens and we worked together to make it happen. He took great pains to make sure that the amp that he designed and prototyped would be exactly the same as the production models. That’s not always the case.

Testing out my new Blackstar Sonnet 60 amp. What do you think? Can't believe I helped design this thing! (I helped a bit. Don't ask me to fix your toaster, there will be deaths.) @blackstaramps

“We tested several multi-pickup systems through this amp, as well as basic piezo pickups, so it should sound great with your preferred pickup system, whatever that happens to be. I would like to say, though, that I was as keen to make sure this was a great amp for vocals as much as for guitar.

“At first, I would visit the workshop and we’d play around with it when it was just a load of circuit boards laid out with knobs on, plugged into a speaker. Then, one day, I turned up to find the team blowing smoke through the prototype to check the cabinet’s integrity. Then, finally, it was ready to play through – so I plugged in and simply could not believe the sound that was coming out of this little box. It actually reminded me of playing through a PA with an 18-inch sub.

“I remember asking, ‘Why is it that I can walk into a bar and they’ve got a tiny Bluetooth speaker on their wall that can pump out a full frequency range with fucking insane low end?’ I’ve been struggling to get that out of amps all my life! You know, speaker-cabinet technology has come on so much in the past few years but we’re really not seeing those advances in the guitar-amp world in the same way. That’s the approach they used at Blackstar, I believe it’s the future.

“For gigs, I’ll be using a pair of Sonnet 60s for monitoring and to send a mix to front-of-house. Obviously, every venue has its own monitor systems, which means it can be a challenge for me to get a consistent sound. Now, of course, that won’t be an issue. I have to admit, I’m also looking forward to playing with it on its own.”