Julian Lage on his new album Squint, and why good songwriting is like writing a good joke

The esteemed jazz musician discusses the importance of stoicism on his first full-length album for Blue Note, and how his signature Collings is like a race car. 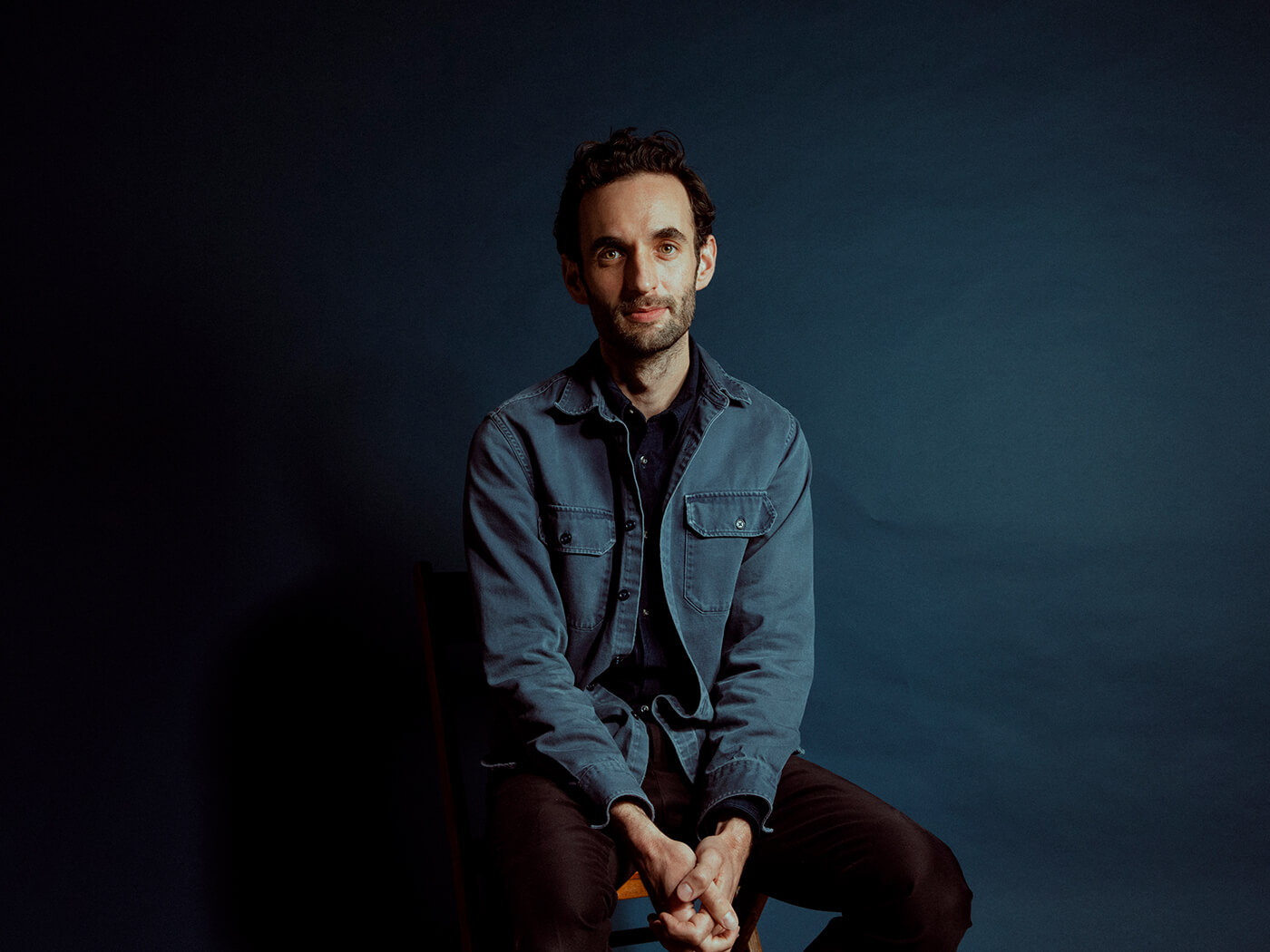 Despite his already illustrious career as a world-leading jazz guitarist, Julian Lage remains not only a humble person but also a humble musician. Over the last decade or so he has curated an exemplary back catalogue, rising from young jazz prodigy to one of the most revered players in living memory. After numerous performances and collaborations with the legendary Blue Note records, Squint is his first album proper for the imprint, which he coyly admits is a tremendous honour. “As cliche as it might sound, it’s a dream to be associated with a label that makes music that not only I love, but the entire community and lineage that I’m connected to loves.

“One of the virtues of Blue Note is that despite being a legendary label, they don’t hold that status over the heads of musicians. The reason it’s legendary is because it supports musicians creating new music regardless of the tradition. I feel inspired, humbled and fearless, I guess I just got to go for it and make something new and exciting.”
That fearlessness is abundant on Squint. Prior to recording the album at Nashville’s Sound Emporium in August of last year, Lage says he set out to compose “positive, beautiful music… from three cats who love each other.”

Recording under the cloud of the global pandemic, alongside continued protests in the United States, staying buoyant and positive was a challenge of its own. “Music is this invisible phenomenon that reflects humanity, it moves through the air and can carry messages,” he believes. “I think in light of not only a national but an international reckoning of systemic racism, incredible injustice, I started recognising that what we’re doing is basically abstract art. It can be an abstraction of anything, we don’t need literal words to do it. That doesn’t mean because things are challenging you need to use more minor chords. It’s not a direct correlation of happy and sad, it’s more.”

Lage found himself questioning what music he needed to hear during this time, concluding that what he needed was support on his journey of learning about the state of the world and becoming a more compassionate and present person. “The music did change with that question,” he admits. “There were areas of risk and improvisation that I decided to bolster. In a lot of ways, it was it was kind of like releasing the seams in a jacket like a tailor might; let’s just make more room in the music.” 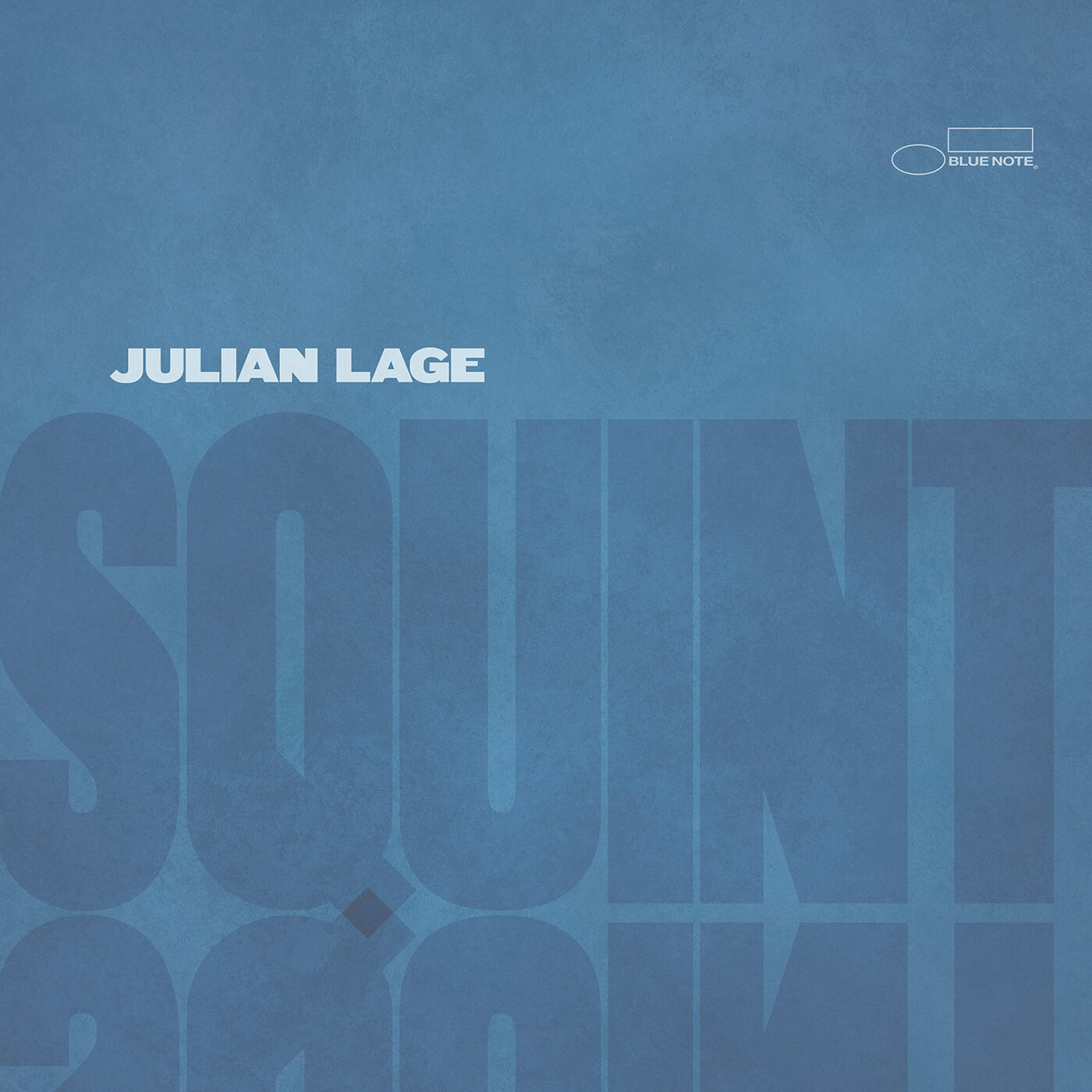 Working alongside friends and long-time collaborators Jorge Roeder and Dave King, on bass and drums respectively, he was able to find comfort in that delicate space, helped by the rapport they’ve developed over numerous years of performing together. Lage says that it “stems from our friendship and mutual respect.”

“They’re both great students and masters of this idea that if you’re fluid with your instrument, you can say whatever you want, however you want. I think this record shows you that. They have to be ridiculously great at their instruments just to take the turns they make musically, and they choose to take those turns at junctures that are impactful.”
Roeder and King’s prowess is audible during the intro to Familiar Flower, offering sensitivity to the song before Lage enters the fold. “I tried to impose that kind of intro on a lot of songs and then said, ‘Okay, if I can only get away with one, it has to be impactful.’ It’s always been my dream with this music that you could hear it and not hear me, and you would know it’s the music I’m working on.”

The trio’s work stretches back to 2019’s Love Hurts, an album of covers and interpretations. As Squint is almost entirely made up of new, original compositions the dynamic quickly developed, adding a new layer of self-reflection, Lage acknowledges. When all three took to the stage of New York’s legendary Village Vanguard for a six-night residency in January 2020, those ideas only blossomed further. 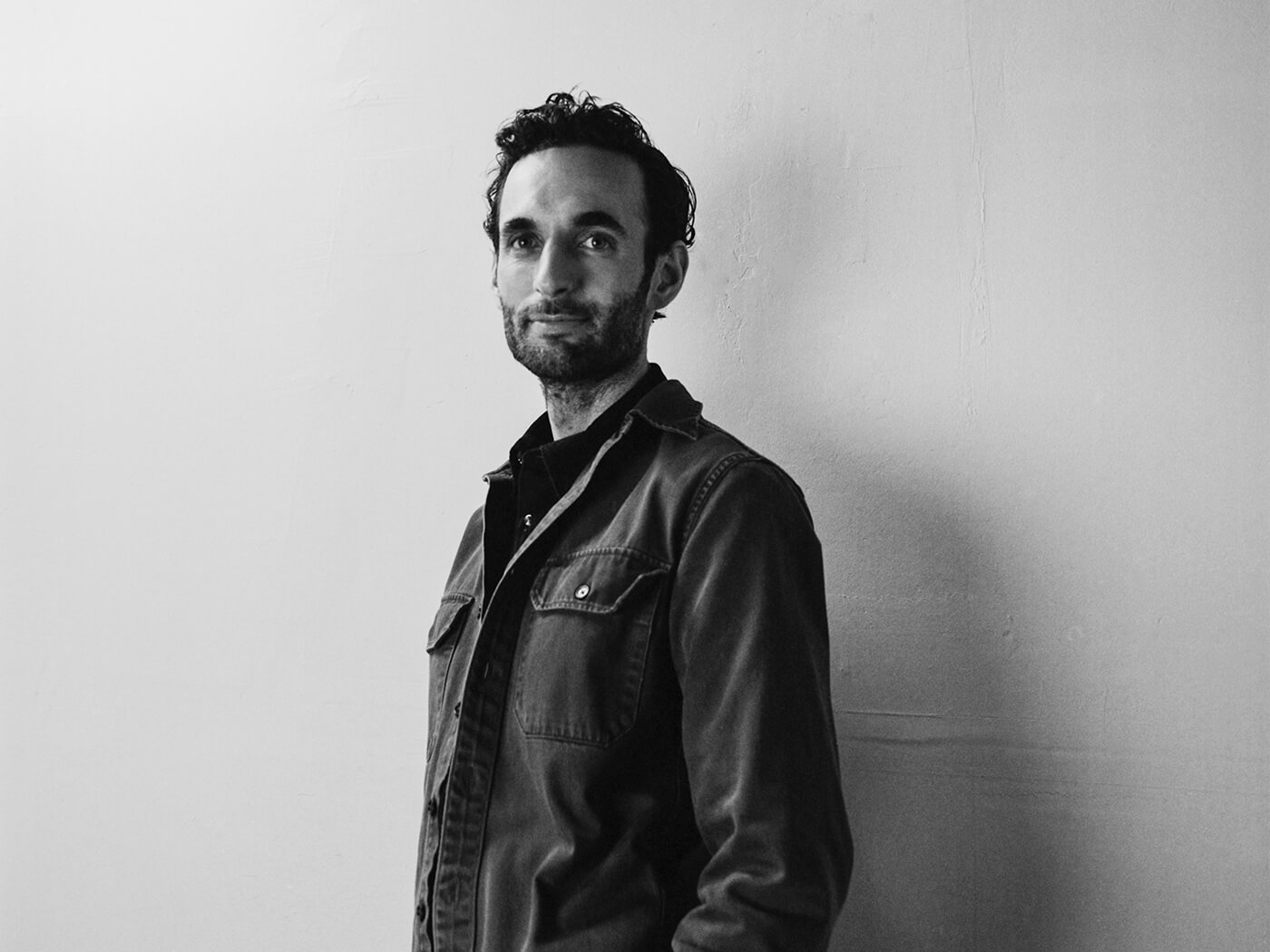 “Those covers on Love Hurts are set, nothing’s changing with the songs. The focus is entirely on interpretation. I think the challenge in writing for the band is that I have to write in a way that makes us want to interpret but it doesn’t mean writing in the way that we interpret. I found myself needing to write music that was a bit more stoic compositionally. That’s one of those interesting things that I think all players and composers need to contend with. Chick Corea figured it out. John Coltrane figured out! It’s definitely part of the tradition to figure it out. It’s like writing a good joke. you need the setup and then a good punchline.”

Elsewhere on Squint, Lage has been helped by two close compatriots, the production abilities of Margaret Glaspy and Jeff Tweedy’s informal counselling. Their influence is clear, ensuring that the album is lyrical and flows with a consistent narrative. Lage confesses he’s fascinated by the distinction between composer and songwriter, considering himself the latter. 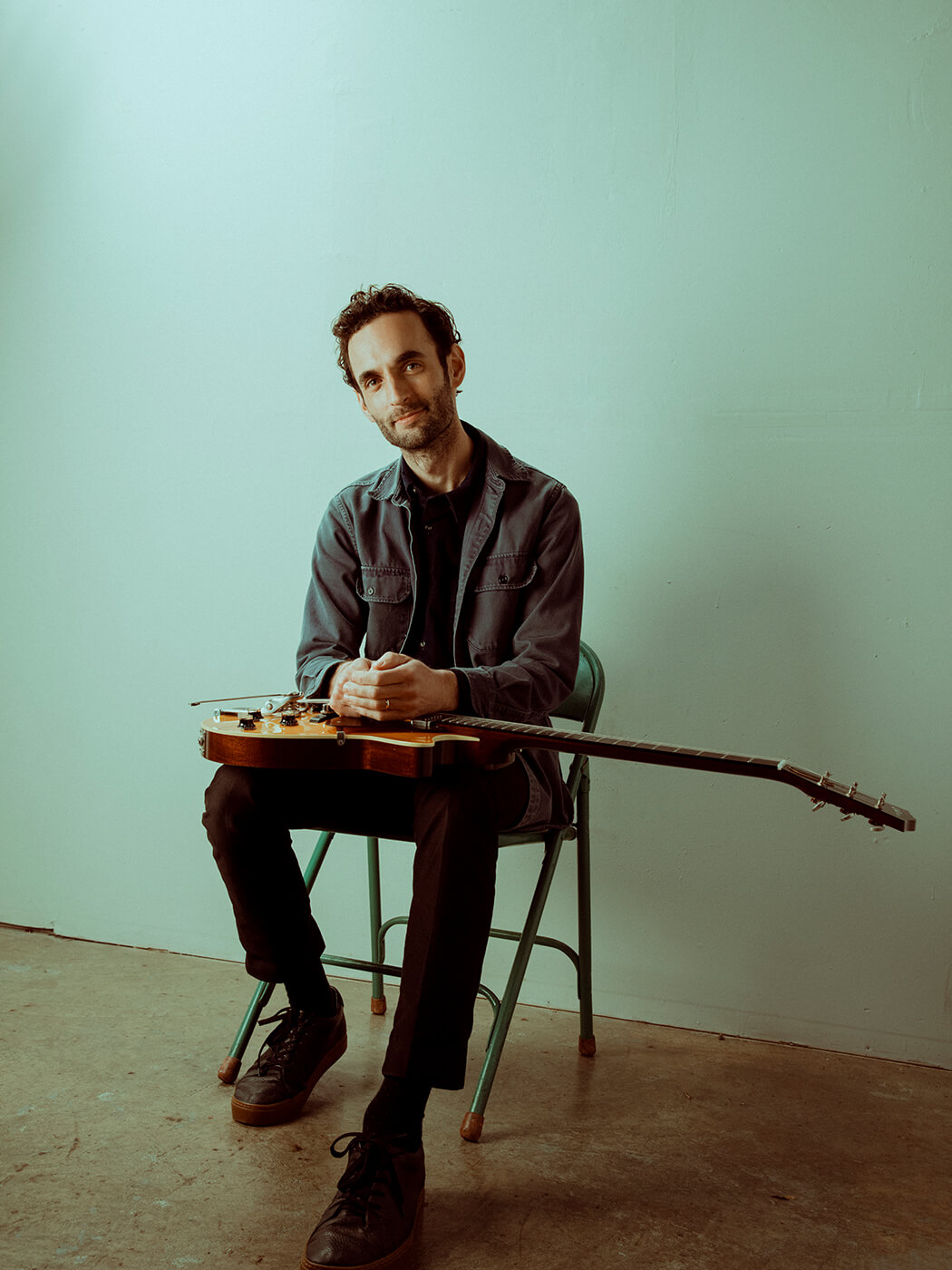 “I don’t mean to be empirical, but I think a composer can say, ‘Hey, I did this thing, take it or leave it.’ I think a songwriter can do that but there’s still a storytelling element. Implicit in the songs are mechanisms that draw the ear in and tell you ‘I want you to listen to this.’ With Margaret, there were times where certain performances would slip into proficient jazz music. She’d say, ‘Do it again, but listen more to one another’ and it suddenly would sound like a song.”

Glaspy’s influence was pivotal, pushing the band past their preconceived restrictions, much like telling a painter to avoid the constraints of a canvas. Lage agrees emphatically, “We don’t look at John Coltrane and go, ‘Ah, but if only there were the lyrics.’ I think it’s knowing your medium and understanding what you’re a steward of.” 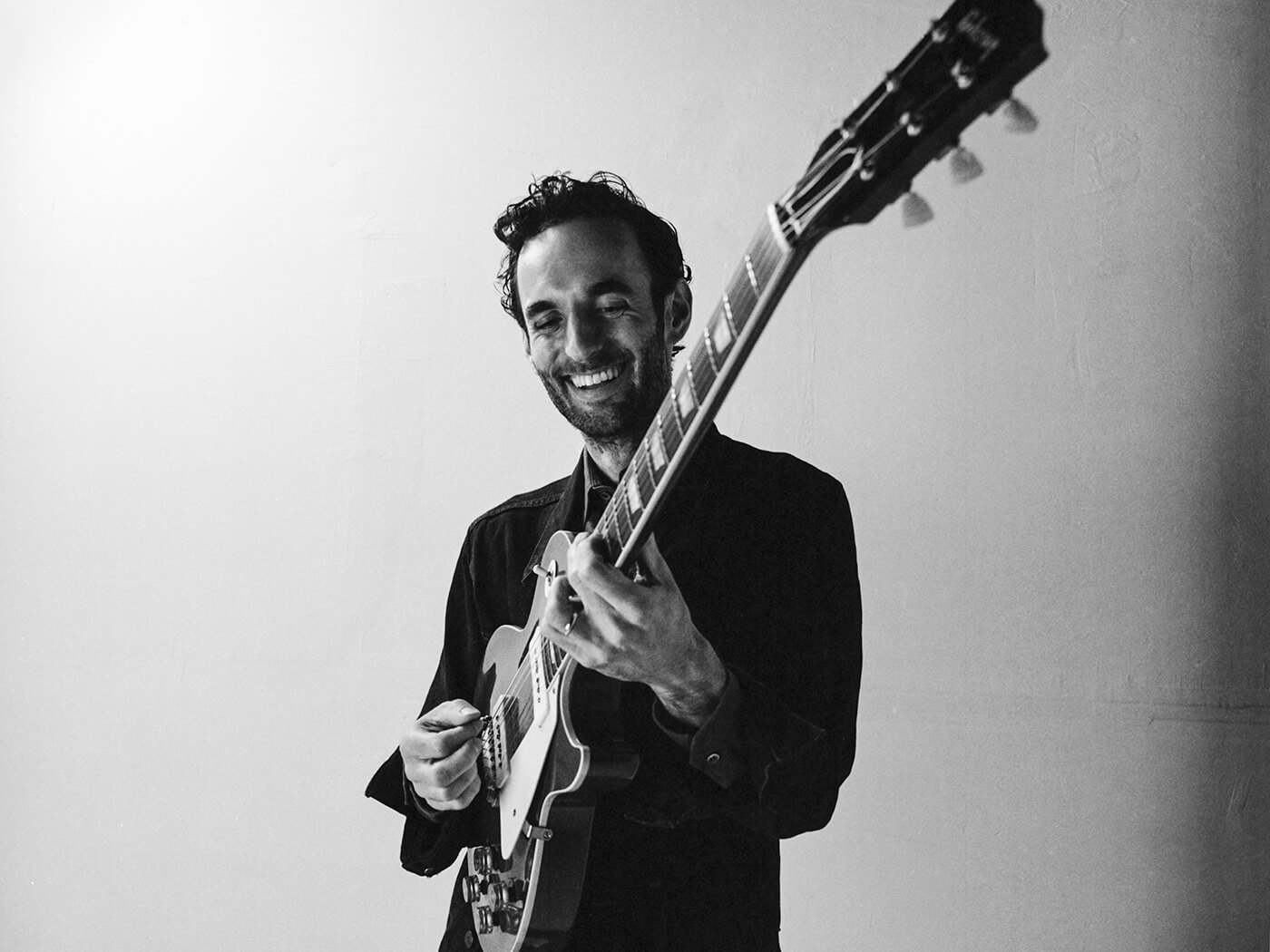 Notable for his exquisite interpretations, which he has detailed in numerous masterclasses over the years, Lage has once again visited two of his favourites on his seventh solo record, Johnny Mandel’s Emily and Billy Hill’s Call Of The Canyon. Many players have trepidations when covering their favourite songs, and Lage is resolute in his belief that you must love the song for it to be reimagined in the right manner. “I wouldn’t pretend I have any sincere answers to it, I’ve asked that question my whole life. How does Sonny Rollins play, and it sounds like him, and I when I play it, it doesn’t sound like him or me?” he laughs.

“I find I interpret songs that I really, really, really love a lot better than songs that I really love. If you genuinely love it, there’s your governor. In other words, that’s the thing that will protect you from ever hurting the song. You don’t have to tiptoe around it and wonder if you’ve insulted the songwriting Gods, because you love it. If you find that you’re having to juggle respect for the song and the desire to interpret it, it’s probably not the right song.” 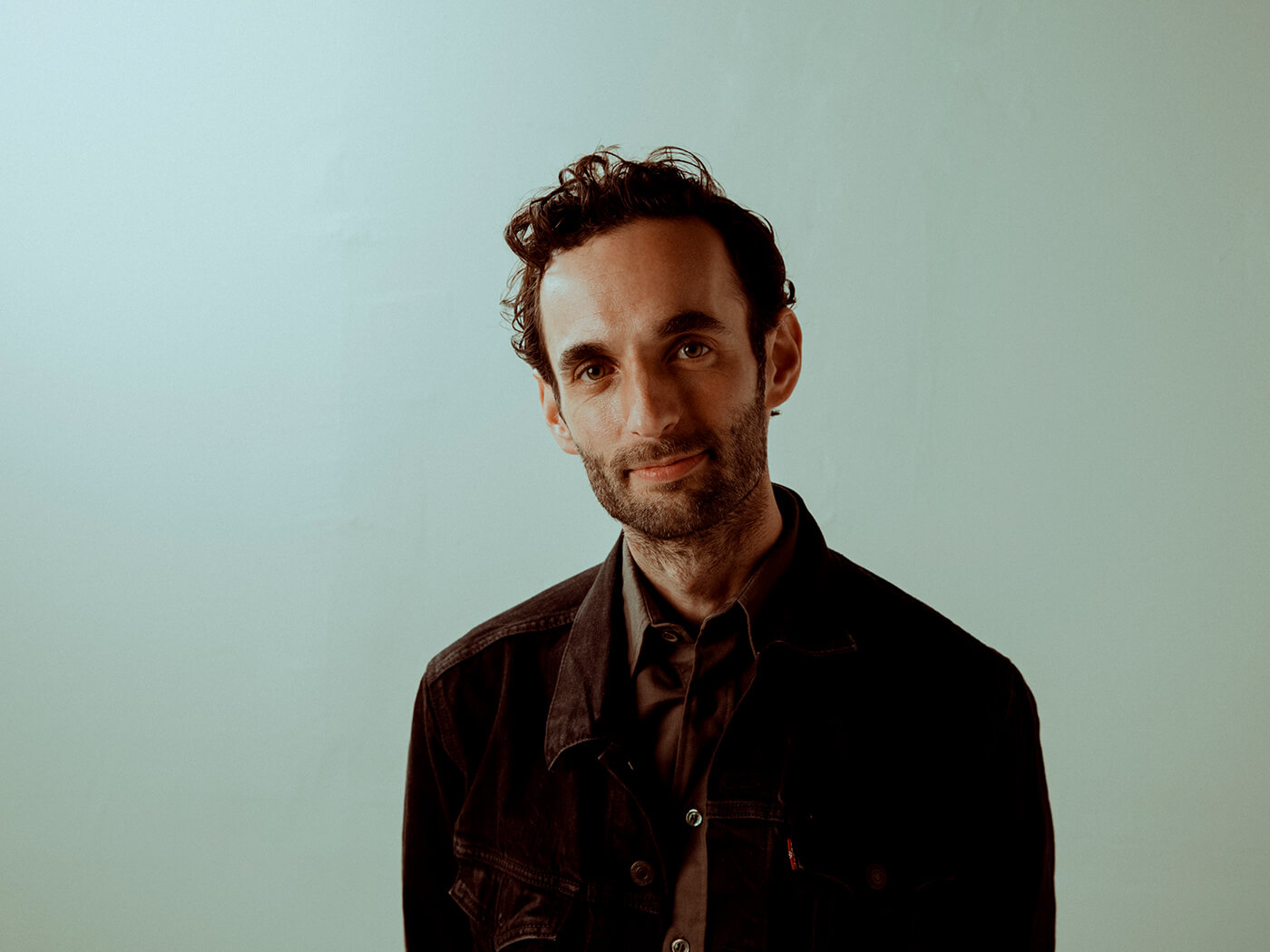 Another important element of Squint is his newly acquired signature Collings 470 JL. A stunning guitar, it’s reminiscent of numerous guitars favoured by Lage, most notably his Gretsch Duo Jet. He assure us that there’s much more to it than a mere tribute to a big-brand instrument, though.

“It absolutely played into my physical experience,” he enthuses. “I’m a diehard Tele player and the Collings is one, in a lot of respects. It sounds like a Tele once I’ve put it through my overdrive pedal and coming through an old amp. It’s like it was meant to get the sound of my signal chain, but you could just plug it [the guitar] into any amp and hear that.”
It seems the 470 JL is intended to simplify his rig. Usually using pedals to curb the bite associated with solidbody guitars, his Collings is semi-hollow, and naturally scooped in certain registers. “It’s short scale, so it has a certain buoyancy that reminds me a lot of the way a Tele sounds through a tweed amplifier.”

Alongside his new signature model, Lage uses his beloved ’55 Les Paul, but he admits that it’s not always easy to decipher between both guitars. “You can kind of tell which one is which but not really, which was the point. It was an influential part of the record. I call it a concert electric. It feels like a race car. It has so much horsepower, clarity, fluidity, everything! It’s exhilarating.”

Squint is out now on Blue Note.