“Maybe the traditional methods don’t align with newer trends, but the guitar is one of the most flexible and ‘in-demand’ instruments in music right now,” the young guitarist says. 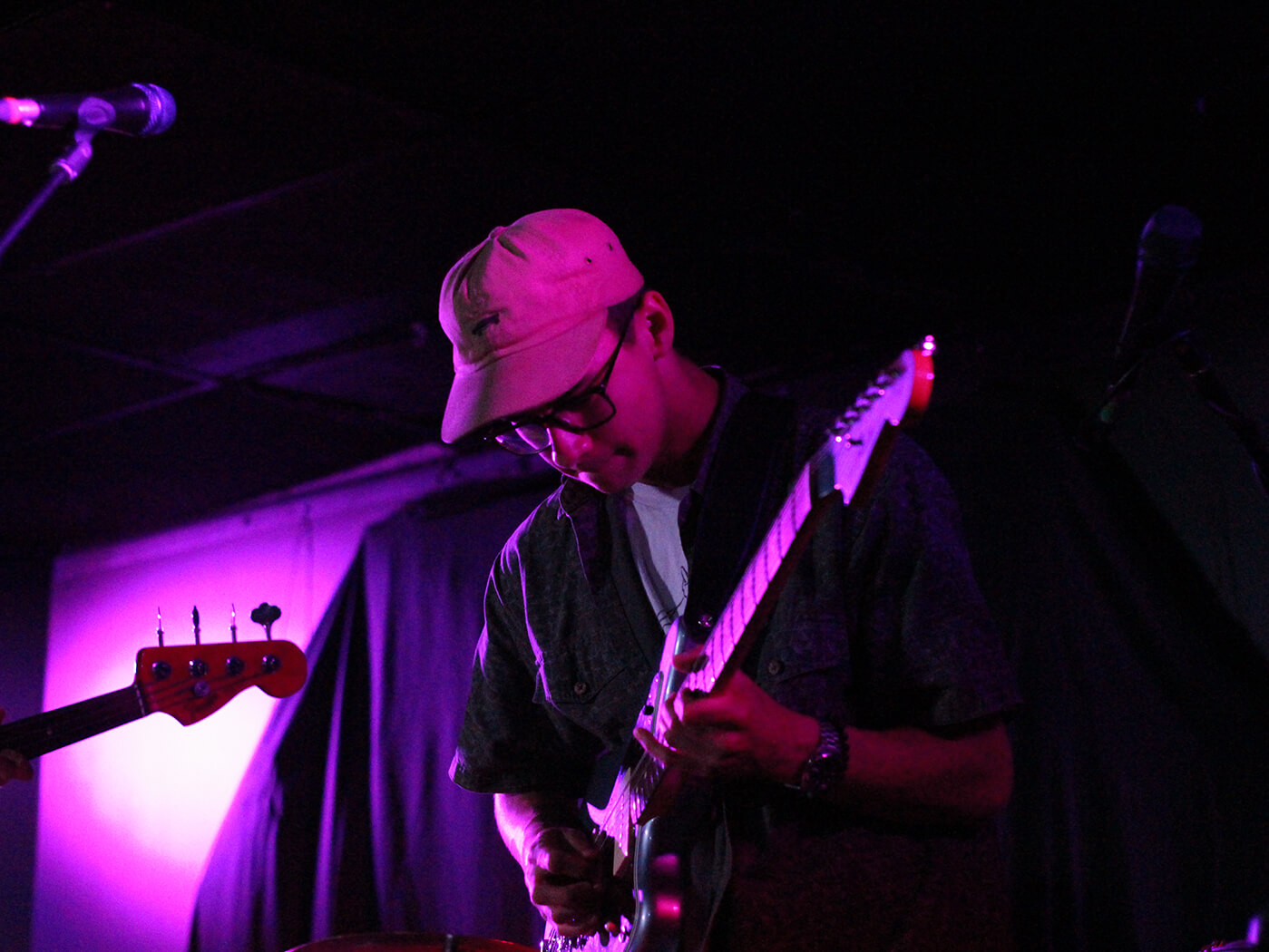 Justice Der is a 20-year-old from Saskatoon Saskatchewan, a small city in central Canada, but the music he makes reverberates around the globe. Along with the likes of Russ Chell, who’s responsible for that catchy lick on Lil Nas X’s Rodeo, Der is one of the young guitarists leading the six-string’s resurgence in hip-hop and R&B.

For a while now, producers from those popular genres have been forsaking traditional instrumentation for the ease and potential of software. And while programmed drums and bass lines still occupy the limelight, the guitar is becoming popular again – especially with artists that focus on melody, like Travis Scott, Lil Nas X, Gunna etc.

And that’s exactly what Der excels it. The wunderkind can take apart a melody and make it his own with such skill, it’s difficult to believe he’s only been playing for 10 years now. His YouTube page is filled with covers of popular songs that he’s deconstructed and put his own jazzy spin on. The hits on these videos are testament to his chops.

So to find out a little more about this rising talent, Guitar.com caught up with him recently to chat about his affinity for Frank Ocean covers, YouTube as a medium for getting your work noticed and the guitar’s resurgence in hip-hop and R&B.

What made you choose YouTube as a medium to get your music out there? And how has that journey been?

I think I chose YouTube because it was a familiar platform for me. I’ve been a YouTube surfer since around when I started playing guitar, about 10 years ago, so it has been pretty foundational to me.

Early on, I understood that it was a platform that I could use to reach many people, even without a label or anything like that. It is such a powerful tool. Over the years I have discovered a lot of music through YouTube and it sparked in me the idea of covering songs. In short, the journey of making YouTube a large platform for my own work has been a lot of trial and error, and learning from other YouTubers. I definitely didn’t “explode” on my first try with it.

Did you have any formal training for music/guitar?

Between the ages of 10 and 17, I took lessons from probably four or five different teachers – all of whom I’m very grateful to. I also took theory for one year while I was in high school. Learning outside of lessons has always been very important to me too. Just jamming and learning to play songs by ear.

What’s the inspiration for these covers, and how do you come up with the various arrangements?

I would say the inspiration for the covers come from the songs and the artists themselves. I’m just paying homage, really. The songs are usually stuck in my head, so the arrangements come pretty quick. The hardest part of the covers is always the melody. 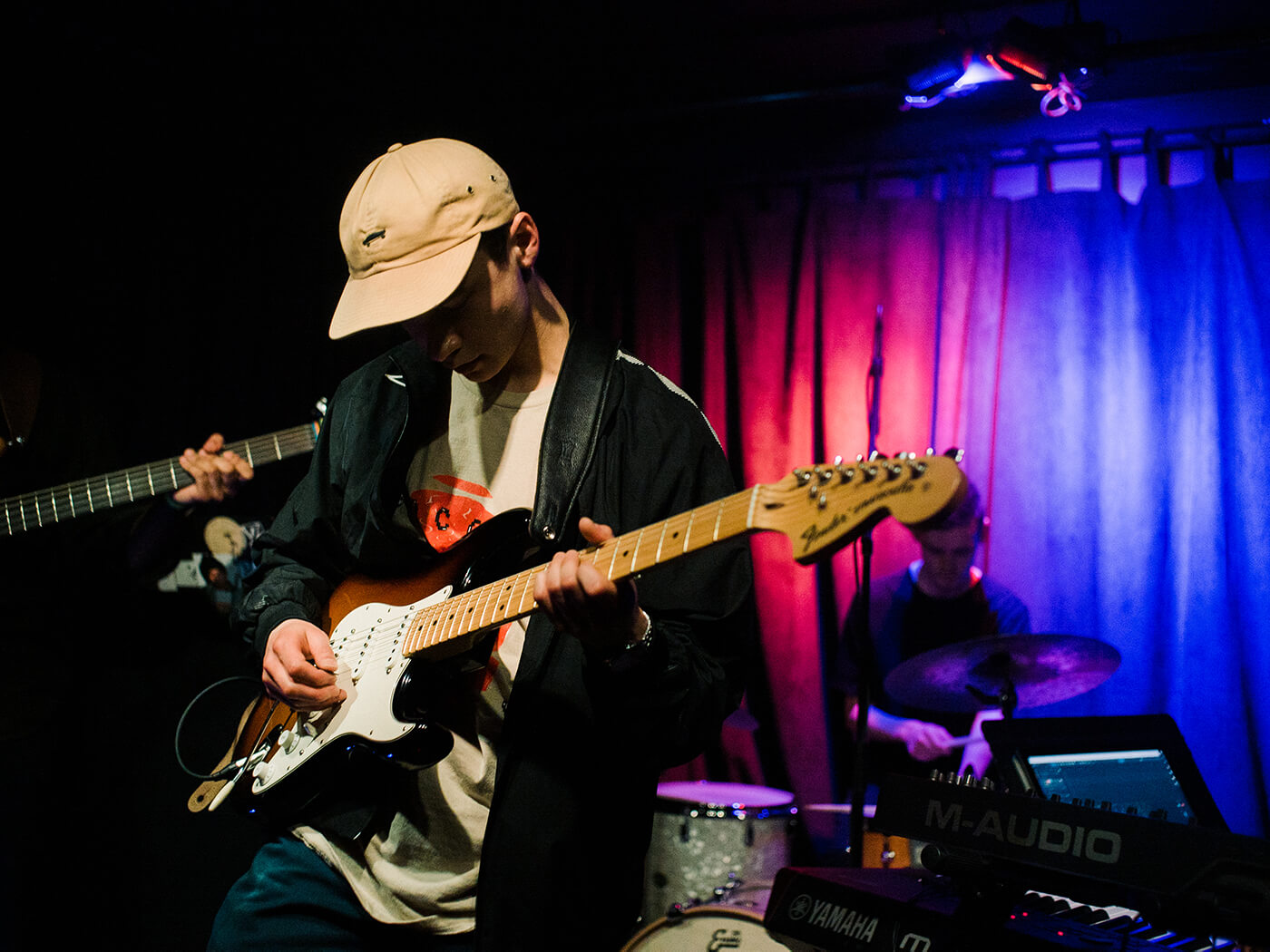 R&B and hip-hop are a big part of your sound, who’s on your playlist right now?

For R&B and hip-hop I’ve been listening to a lot of Kendrick Lamar and Flying Lotus. Daniel Caesar’s new album as well. I’ve been more into other genres recently. It’s been a lot of 50s and 60s jazz and singer-songwriter stuff, specifically Joni Mitchell. She’s a legend.

You’ve done quite a few Frank Ocean covers, can you tell us a little more about it?

I love Frank Ocean’s work and I feel like he makes timeless art. In a lot of the ways I view him as a torch carrier and someone who’s taking music further. With the covers, I am just trying to pay homage to that.

Some people believe that the guitar is dead. Do you think so? Or do you think it’s taking a new form?

I don’t think the guitar as an instrument is dead. Maybe the more traditional methods don’t align with newer trends, but I think it’s one of the most flexible and “in-demand” instruments in music right now.

You’re now playing in a band called Call More. Can you tell us more about it?

Call More is a group I formed with my friends Rachel Bobbitt and Marley Pitch last summer. Rachel and I met in school last year and both live in Toronto, but neither of us have ever met Marley in person, so we’ve made all of our songs through the wire.

I met Marley through the Frank Ocean subreddit and we’ve been internet friends since. We haven’t been focused on Call More for the last few months because Rachel and I have been working on a duo album set for this summer and Marley was working on his solo project Aurora: Journey to Dogstar.

Who are some guitarists that you think are pushing the boundaries of the instrument?

Right now I think that Julian Lage is doing some great things with the guitar, as well as Mansur Brown. Blake Mills is also crazy, I’ve just been getting into him recently.

Tom Misch is kicking up a storm in the UK. What do you make of his work?

Tom Misch is cool. I really connect with his influences of jazz and J Dilla. I haven’t listened to him as much recently but I dig his Beat Tape projects.

Let’s move on to gear for a bit. What guitars do you use at the moment? Do you have a favourite?

I have a Fender American Special Strat from 2011 and Gretsch Electromatic from 2011 as well. I love them both. I’m hoping to get a Tele and a Gibson ES-335 soon.

Do you remember your first guitar?

My first guitar was a Simon and Patrick Luthier acoustic from my grandfather. It was sitting in my dad’s closet for a long time and one day I just started on it. I learned my first chords on that guitar and have a distinct memory of playing Blitzkrieg Bop on it way back.

What kind of effects do you use?

Most of the time I don’t use effects other than in-amp or DAW reverb. I do all of my looping with the Line 6 delay – which I love – and I use the Boss Harmonist with the Line 6 when I play with my live band.

I like these effects because I feel like I can conjure sounds beyond the six-string with them. It’s fun to feel like a sax or synth player sometimes. Thundercat is a huge inspiration for me in that regard. Oh, and the Boss tuner is a cool one, too.

What drew you to loopers?

I think I was initially drawn to loopers because they extend the arranging possibilities of the guitar. The guitar can do percussion, bass lines, harmony and melody all very well so the looper is a good match for it in a solo context. It is also an incredible practice tool.

Do you have any grail gear?

Currently, I don’t really have any crazy grail gear. I would love to have a Fender Rhodes, Wurlitzer, old Gibson L-5 or Gibson ES-335.