“There is no genre I would rather be part of than the blues”: Keb’ Mo’ on blues legends, Eric Clapton and looking to the future

Nashville-based country blues luminary Keb’ Mo’ tells us about his new album Good to Be. 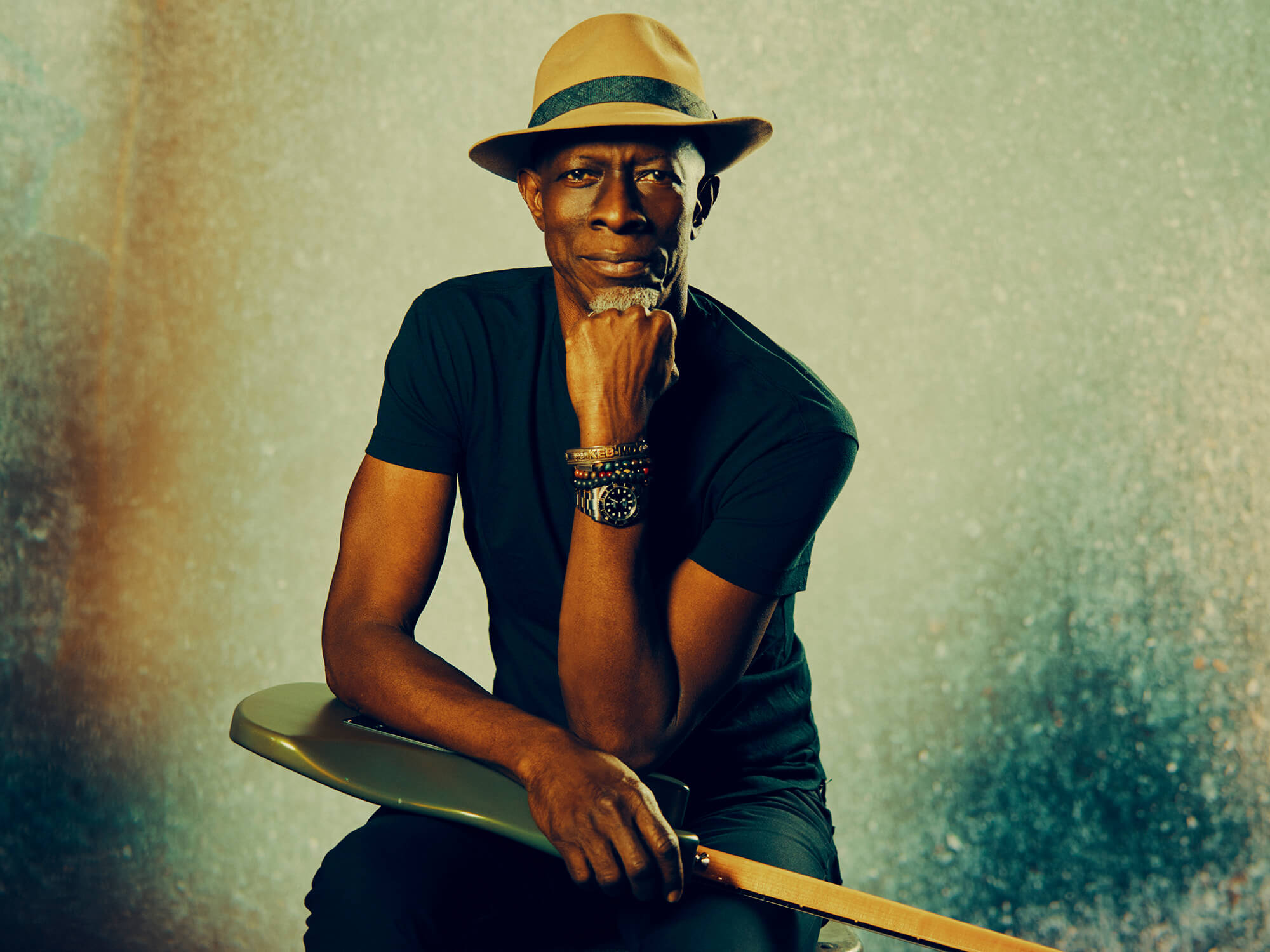 With his new album Good to Be, five-time Grammy-winning country bluesman Keb’ Mo’ is bringing a wry smile and earthy acoustic playing to a world in turmoil.

We speak to Keb’ Mo’ from his Nashville home to learn about his clean-sound heroes, the place of the blues in today’s cultural landscape, and his thoughts on a certain UK blues rock guitarist’s recent behaviour.

The acoustic guitar on your new album Good to Be is beautiful. It’s a polished sound – presumably your Gibson signature model?

Yes, that’s the guitar I played throughout. It’s my signature model because it’s the sound I like on acoustic guitar. Mine is a special edition called The Royale – it has an aged soundboard and a crown inlay on the bridge. It’s a different sound – very beautiful.  It’s a 12-fret instrument – you don’t have as much range as a 14 fret but, like Chet Atkins said, all the money’s on the first five frets!

Most of the songs on the new record were played in standard tuning but I did some overdubs in open-G. Everything was pretty straight-ahead. I didn’t do a lot of tricky stuff. I found that when I use a lot of odd tunings, it paints me into a corner when I play live. I love all that stuff but sometimes I want to stick to the basics.

In production terms, you have a very clean sound – shiny and expensive. Yet you get greasy and gritty while still keeping that purity. How do you do that?

When I came up, if we heard dirty guitars we would assume they were playing with a broken amp – go get it fixed! I was listening to people like Grant Green and Wes Montgomery. Hendrix came along later and suddenly everybody wanted to play dirty. But I was an R’n’B guitarist and we didn’t do that. We came from the Kenny Burrell, BB King school. Then the hippie movement came along with their fuzz pedals, which was cool too.

I remember playing in LA and Slash came to sit in. He asked me , ‘How are you doing all that with no distortion?!’ It’s all in the hands, man.

Even to the casual listener, there’s a sense of lineage in your playing that goes past Robert Johnson and Son House. Moments in this album hark back to Cornell Dupree and Tony Tedesco, for example.

Dupree was the next person I was going to mention. Him and Phil Upchurch and later guys like Ray Parker Jr, and session cats like Paul Jackson Jr. They had the same teacher, Gary Bell, who played guitar and saxophone. These were the guys that were teaching us, you know? There were no guitar stars at that point, not really. Wes Montgomery was our Hendrix!

Johnny ‘Guitar’ Watson too, and Al McKay, who I think was probably the greatest rhythm player of all time. He was with Earth, Wind & Fire. He was a member of the Watts 103rd St Rhythm Band led by Charles Wright. They had that single Express Yourself – the guitar is just killer.

Speaking of legends, we have a shared appreciation of the work of David T Walker, guitarist for the Jackson 5, Stevie Wonder, Marvin Gaye, and James Brown, and sampled by Tupac Shakur, A Tribe Called Quest, and others. 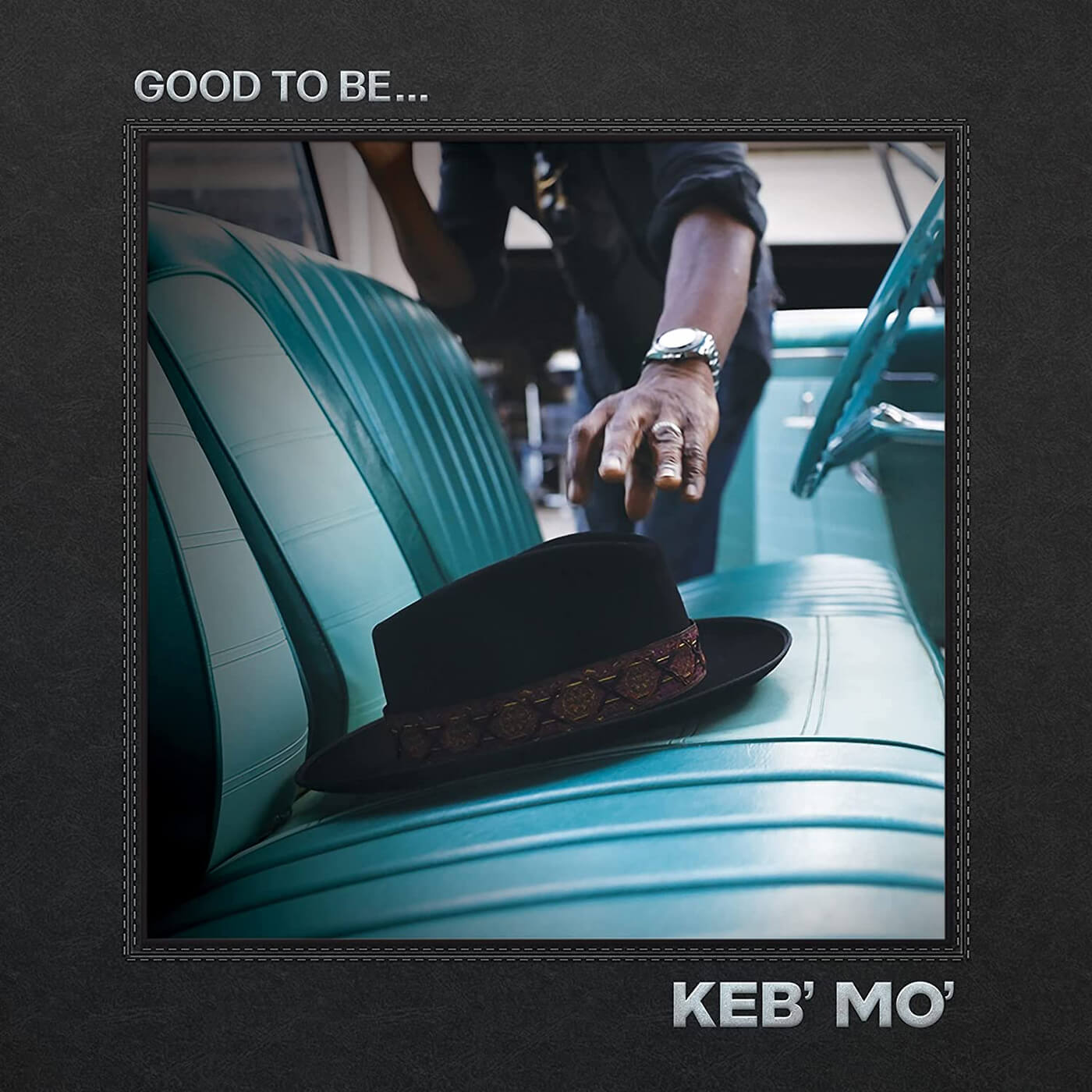 David T Walker, man. I remember when we were kids, a friend of mine brought David T Walker’s album over and we listened to it together – holy shit!

David T played on my album Reflection, then I did a gig at the Hollywood Bowl and I invited him to sit in and he agreed. The audience goes nuts when he plays. My keyboard player is a young guy who knows and loves the music. When David T Walker walked in the room, he nearly shit himself!

I was in the car the other day and I heard Spanish Harlem by The Crusaders on the radio. That wah-wah guitar came in and it was David T – unmistakeable! You know, he’d just call me out of the blue just to say hi, back when I had nothing going for me other than being a fellow guitar player. There was no Keb’ Mo’ at that point. That meant so much to me. I have seen a lot of guitar players but he is… he is it.

Do you ever feel you are pigeonholed as a blues artist? Is it a label you’re comfortable with?

That is a proud badge to wear. If I have to be pigeonholed, there is no genre I would rather be part of. It’s a serious thing to be a blues player.

I learnt that in the 80s. I wasn’t as versed in the blues as I should have been and the musicians I was playing with schooled me about what the real shit was. I joined that band by accident but it led to the record I just finished.

You can pick your spot in the blues. From Charlie Patton in the 1920s to the present day. The spot I love is the country blues – what was going on with Robert Johnson, Big Bill Broonzy, Rev Gary Davis, Mance Lipscomb. I hear history there. These guys were not playing to become famous. That moan that comes through, I hear the misery but I also hear the hope.

That is certainly evident in tracks like Medicine Man, on which you address the pandemic.

Whenever a subject like that comes up, I’m always looking for a way to talk about it with seriousness and some humanity too. You look at the news and see that 800,000 people have died in the USA alone. That’s no joke.

But who is the medicine man? You could say it’s Big Pharma. But in a primal sense, the medicine man is a shaman, a guide, someone who had received generations of handed-down wisdom, and that person was a healer. Maybe we’re waiting for a witch doctor in a white coat. We are waiting on hope.

Robert Cray recently publicly distanced himself from a prominent anti-vax blues personality. Do you have any thoughts you’d care to share?

Here’s how I answer that one: Robert is closer than I am. I know him from a distance, Robert knows him up close and personal.

I don’t know what that was. Eric Clapton has a big voice. If I’d said something like that, no-one would listen. He has been very nice to me. He has invited me to play at the Crossroads festival three times. He has been nothing but cordial.

I am not dodging the question – I haven’t seen enough with my own eyes to form an opinion.  I’ve had to distance friends before – at that time they were toxic to those around them and also to themselves.

I was invited to join Eric in Nashville but no-one was vaccinating and I had gigs to do – people depend on me. I can’t be careless like that. That said, when I do the math about someone’s life, I don’t hold anyone to one moment in their entire existence. If I had been famous at certain times in my life, stupid shit I’ve done… I’m aware I’m not a perfect specimen. I’m being perfectly candid with you and I love hard questions.

The song Marvellous to Me is a balance of sorrow and optimism. How have you maintained that inner strength over the years?

George Floyd had just been publicly murdered by the police. It happened right in front of us. I was thinking, ‘This is awful, blatant cruelty. We’ve seen this before. It goes and comes back but this is 2021 and what have we learned?’ It was a cloudy day. Fucked-up. Horrible.

There’s that old saying, ‘This too will pass’, and there is significance in that. There is truth. The future looks marvellous to me. Time heals, we heal. I wanted to thrust myself into the future, to be able to look back on current events and believe that something positive had come from all of this.

I come from slaves. There is something that happens to you when your ancestors have been slaves. It’s an atrocity of the spirit, when you strip a person of their dignity. There is a violence to bullshit that has been passed down through generations of Americans. The strategy of oppression is always to divide, by skin, by age, by gender, by race . Freedom comes from within. You have to own your freedom and own your independence.

I have been a Black man in America since 1951. The recorded history of my family goes back to 1865. That’s all. I’m from a rich culture of powerful, wonderful people who made this music which has become the bedrock of truth and honesty in American music, and they paid a huge price to do so. A lot of things had to happen for me to be here.