Kingfish: The five pieces of gear I can’t live without

The 22-year-old Grammy-winning guitarist gives us an exclusive insight into the guitars, amps and pedals that provide his signature sound. 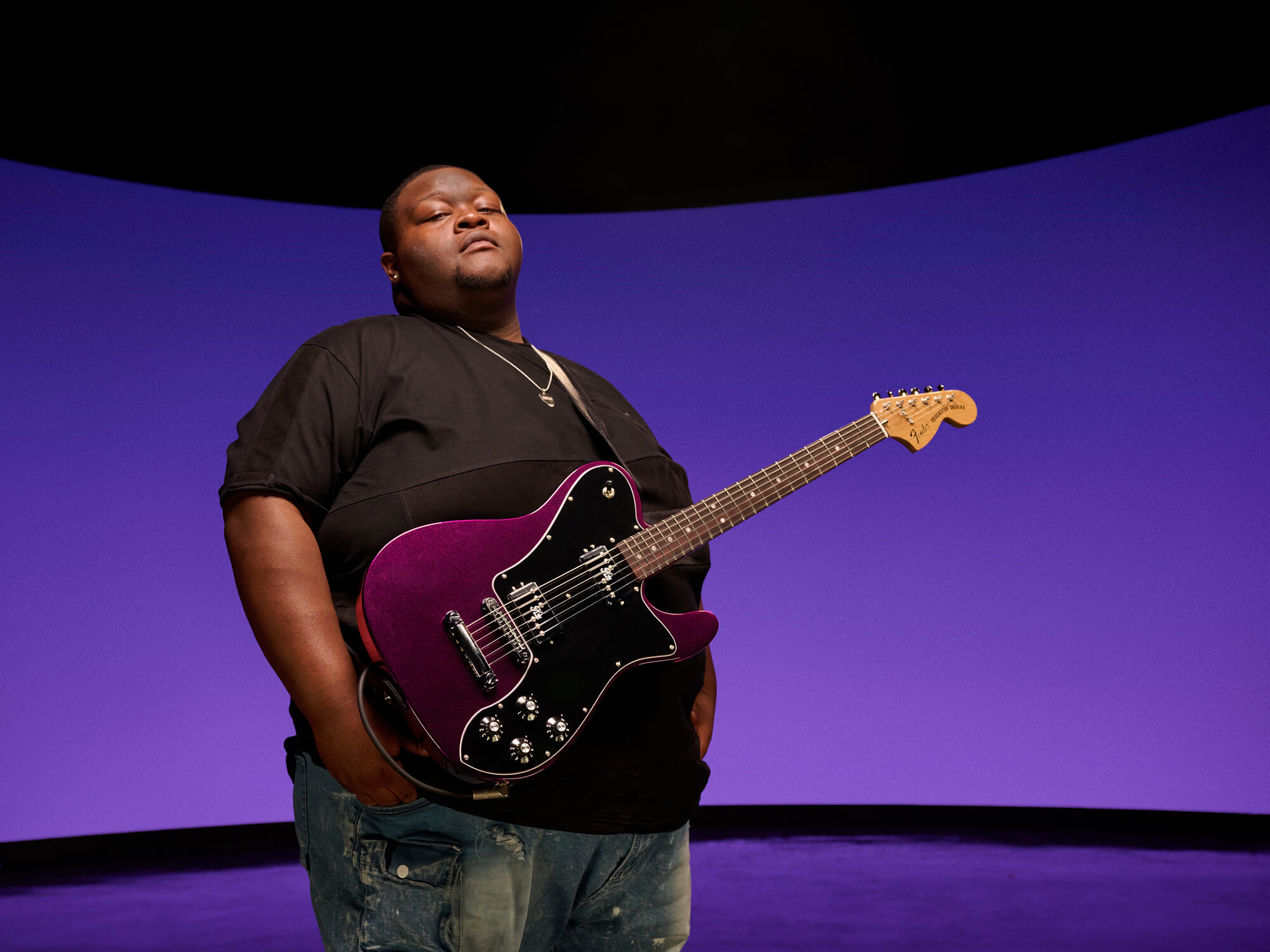 From establishing himself as one of the youngest-ever artists to win a Grammy to opening for the Rolling Stones in Hyde Park earlier this year, Christone ‘Kingfish’ Ingram is no stranger to making waves. The guitarist is already regarded as a prodigy across the globe. What’s more, this overwhelming critical acclaim is well founded, with his approach to the instrument capturing the hearts of both old-school blues players and fans of modern shred.

“I’m very natural when it comes to playing,” says Kingfish. “For me, I have to feel. I use my playing as an escape, so I use those [tough, personal] situations; just put them into my music and try to create something meaningful and soulful. I think I know enough of the technicalities to where I could understand what I’m playing but, at the end of the day, it’s all built on improv and feel. It’s the best of both worlds for me.”

The result? A nuanced and original sound that’s reminiscent of BB King and Muddy Waters but still bends genres enough to resonate with a younger generation of listeners.

“I have my foundation in the blues… but I’m very inspired and influenced by a lot of other things,” he continues. “The aim is always to get younger kids into this type of [older, blues] music. In order to do that, you have to stretch out a little bit. [Playing with artists such as] Vampire Weekend was the perfect example of mixing blues with other genres for that crowd. I think we got them in.”

This emphasis on connecting the original and the unorthodox is evident in Kingfish’s gear. Predominantly opting for equipment that helps him accentuate his emotive style, the guitarist confesses that he still has a soft spot for experimentation, and says that he’s begun using simple gear to generate far-from-simple sounds.

Below, the artist charts the five pieces of gear integral to his playing.

“Coming up in blues, I feel like you have to have a good tone, one that’s big and bass-y. If you look at guys like Eric King and Freddy King and even Clapton back when he was in Cream, [they all used] a humbucker guitar! I feel like that’s the big sound. It was always a sound that I was drawn to.

“I kind of always had a love/hate relationship with Teles over the years. So when we went to Fender about [designing a signature model], I was like, ‘Okay, well, let’s do the best of both worlds, so I can have my Tele fit [but] also have my humbucker sound. There are things they did with some of their other lines, like the Troublemaker Tele, like putting the Les Paul-like tailpiece on there – I wanted all that.

“I think Pete Townshend used a Telecaster with humbuckers, even Keith Richards […] so that was the sound I grew up on for sure. I’m a big Prince fan and purple was also the colour that represents one of the illnesses my mum had, so [I went with that colourway] to raise awareness for that. I felt like purple was the best choice.”

“At the moment, I rely on a lot of distortions so [I go for] an MXR FOD. It gives me the right amount of gain without being like too thrashy, where you can’t hear the notes, you know?

“I’m really big on Gary Moore and Prince, people who play with high-gain distortion. That’s what the MXR FOD gives me. I [integrated it into my playing] about a year ago. I have always been a lover of high-gain distortion but I switched pedals a lot because I’m always finding new sounds. But this one… I found it while we were in quarantine and I immediately hit up the guys at the company and they were gracious enough to send it to me. It’s been on my board ever since.”

“[I use] just a regular Fender Twin. I’ve always been enamoured by the sound of the Fender Twin because it’s very simplistic and you can always find the amp everywhere. You don’t have to worry about calling around and trying to find it [on the road]. So the Fender Twin has always been a part of my sound.

“It definitely helps with the sound, because it’s what I’m used to [with it being used by artists including BB King, Keith Richards and Eric Johnson]. It brings something to the table that I’m familiar with. All the pedals just enhance [my sound] but all those sounds that I can get off the pedals I can also get through the Fender Twin.”

“[While using both Les Pauls and Stratocasters frequently], the Strat was definitely the number-one. I used that Strat for a good two to three years. That was me experimenting but I figured out that the humbuckers held my true sound.

“[In future releases, however], I plan to incorporate some more, like, urban sounds, like R&B sounds and everything. To achieve those types of sounds, I’m definitely gonna be bringing in more Stratocaster sounds and more effects, like the chorus. If I’m in the studio, I will go to a Strat or something like that.”

“I first got in tune with the Carbon Copy around middle school, because that’s when I was getting into pedals. When I was looking for different delay pedals, that was the one that everyone was telling me to go to, so I played that one. It gives me a really beautiful, quirky sound. If our keyboard player can’t make it and I need something to hold the things together, it works wonders.

“It gives like certain accents and a certain vibe, especially at the end [of live performances], because I like to do this thing where I have heavy feedback and I turn all the knobs up so it can be really booming. Put the delay portal on it, turn all the knobs and it gives a spaceship effect. It goes well with the show. [This technique comes from] one lady by the name of Samantha Fish. I don’t know if she still does it, but she would do this thing in her show where she goes to her pedalboard and twists the knobs and creates certain sounds. I didn’t wanna do that but I was like, ‘I could turn all the knobs up and create this, like, big whirly sound at the end’. So far it’s been working. It’s a shock factor too, the folks aren’t expecting it [laughs].”