“I’d compare our guitar playing on the album to a very fast but friendly dog”: Kiwi Jr on debut album Football Money

There are many formative experiences that come with the process of moving to another city: noticing the lonely obliviousness of strangers, feeling the palpable enormousness of an unfamiliar environment and even having to adapt to the sounds, the sights and the speed of your new home.

Over the past few years, the four members of Kiwi Jr have all managed to find their way from the small city of Charlottetown, Prince Edward Island to Toronto – a metropolis where the social energy is ferocious, buildings scrape the sky and large, lit-up billboards saturate the evening air. It is understandable, then, that Kiwi Jr are still trying to figure it all out.

The Canadian four-piece explore these seismic changes of milieu on their debut album, Football Money, a record that is in equal parts wildly humorous and richly observational. The album’s stream-of-consciousness lyricism traverses concerns about long-term relationships, public transport and the minutiae of their adopted inner city-lives, all of which are uplifted by Kiwi Jr’s chugging guitars and jangly pop hooks.

Football Money was released solely in Canada in 2019, but with its growing rep it now gets a worldwide reissue on 17 January 2020 via Persona Non Gratis. Guitar.com spoke to Brian Murphy and Jeremy Gaudet of Kiwi Jr about the guitars they are currently toting, playing golf in rubber boots and about how Mission: Impossible 2 inspired the guitar player in Jeremy…

What was the moment it started for you both in terms of guitar?

Brian Murphy: “Whenever those Beatles double-CD reissues came out; I remember hearing and watching the intro to I Feel Fine at around 11 or 12 years old. The jangly, rhythmic bounce of the intro really got me. Around that same time, my childhood friend had a guitar, so I would go over to his place most days after school to try and wrangle the thing.”

Jeremy Gaudet: “I learned guitar right around the time that Mission: Impossible 2 came out. I saw another kid playing the theme song on an electric bass in the junior high band room, and he seemed to be getting quite a lot of attention from it.”

Excited for Canada Day at @thebabygtoronto ??? @dumb_41 @quakerparents These r from our last show there by @paulatwoodphoto we’ll probably wear the same shirts again #kswiss

What was the first guitar you owned?

Brian: “My parents bought me a super-cheap acoustic made by Encore. You almost needed a vice grip to play a barre chord! I remember struggling so hard with it, especially the infamous F chord. Once they realised it wasn’t just a phase, they bought me an Epiphone Les Paul knockoff. One of the tuning pegs would constantly come loose so it was pretty much impossible to keep in tune, much to the chagrin of my 9th Grade band teacher.”

Jeremy: “I learned on my Dad’s acoustic before he got me an electric, made by Profile. Late 80s black and orange. I covered it in stickers so it would look like Rivers Cuomo‘s guitar.”

Brian, what is it like working double duty for Alvvays and Kiwi Jr? Are you more comfortable with a bass in your hand still, or are you enjoying being in the six-string world?

Brian: “Guitar is my first instrument, so I naturally feel more comfortable with a 6-stringer in my paws. The role of the electric bass in Alvvays is pretty ‘guitar-based’. Lots of moving lines high up the neck around the 10th fret. I like to think the two instruments are just extensions of one another. Peace and love for all the strings.”

What guitars did you play on Football Money? Was there any one thing that you consider to be the ’sound’ of the record?

Brian: “We used a very cool 80s Tokai Breezysound Tele knock-off for a lot of the six-string overdubs, as well as a Strat knock-off that was made by an ex-con. A lot of people say that there are Tele players and there are Strat players, and that the twain rarely meet, but I guess we found a place for both guitars when it came to overdubbing on Football Money. We also used a cool EKO 12-string acoustic with a shitty pickup, plugged into a 70s Vibro Champ. We recorded through pretty small amps in general; Fender Champs, Gibson GA-20 Minuteman, and the like.” 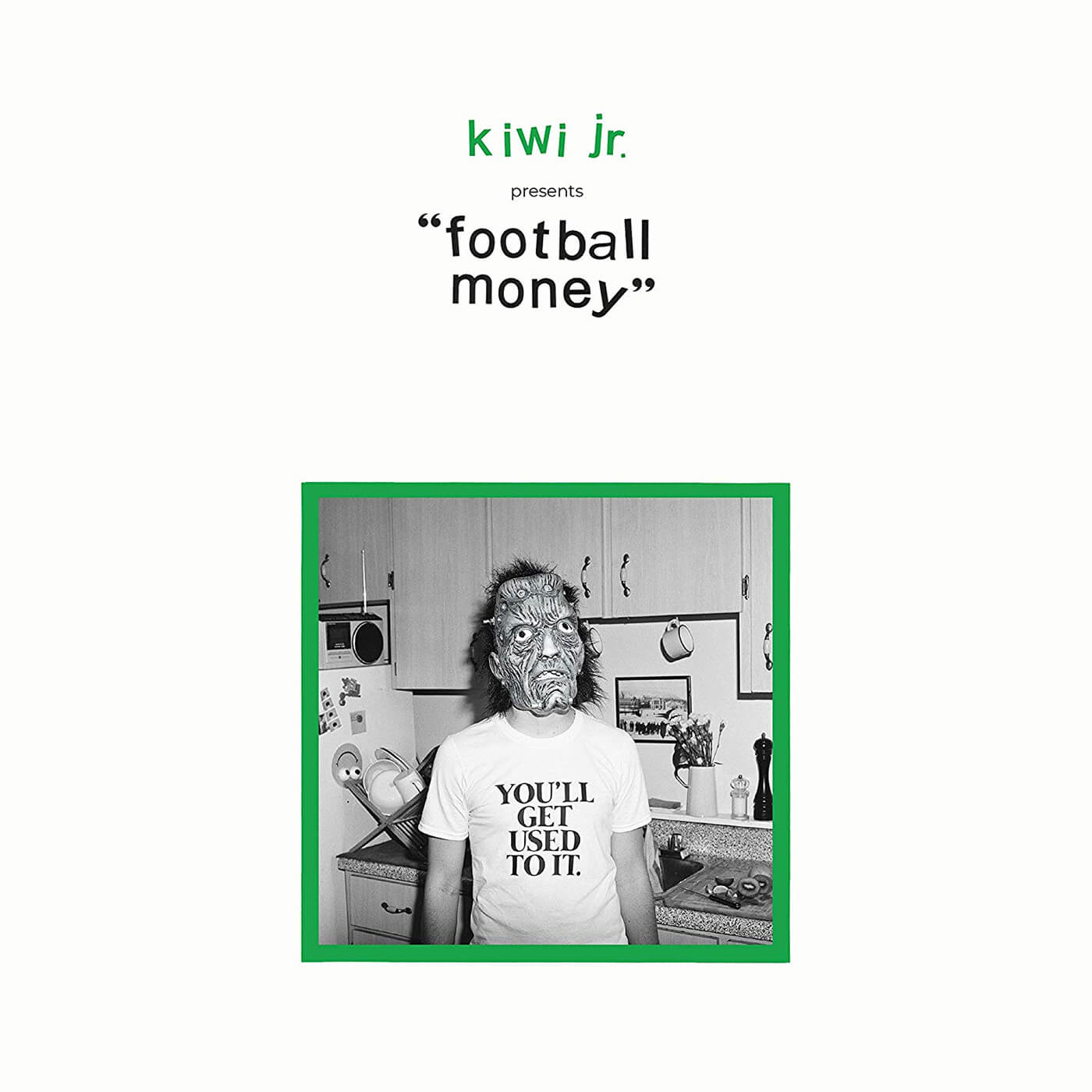 How has being able to focus on guitar-playing exclusively helped you evolve your style?

Brian: “I wouldn’t say the guitar has exclusively helped evolve my style. To be honest, I’ve been practising the drums more than guitar for the past year or so. I try and focus on being a good overall musician more so than being a guitar virtuoso or what have you. Jack of all trades, master of none.”

Jeremy: “I only play an electric 12-string now, and you definitely can’t do some of the things that you take for granted with a six-string. Things like bends and hammer-ons become much harder, so I kind of work around that with my own clunky style. You can’t dance around the neck with a 12, so you kinda stomp along rather, like somebody trying to play golf in rubber boots!”

You’ve spent the past few years opening for acts such as Wolf Parade and New Pornographers, has playing bigger gigs together live helped shape your sound as an entity?

Brian: “Playing a bigger stage and opening for a bigger act is a valuable experience. It’s important to be able to adapt to different sounding rooms/stages and to remain comfortable no matter what’s getting thrown at you. Also, you gotta bring it on the big stage!”

Jeremy: “Big gigs are usually more relaxed for us because the sound guy is gonna show up on time, you have a room, and things usually follow a fixed schedule. We aren’t rushing for a slice of pizza ten minutes before we’re on. That sort of thing benefits a band like us greatly.”

What’s your live set up like, does it differ to the studio?

Brian: “Our live set-up is very classic – drums, bass, two guitars, three vocals across the front. It seemed to have worked well for The Beatles. While the record has plenty of keyboards and piano on it, we haven’t added any live keyboards or samples. Yet.”

Love a band practice when everybody is focused with no distractions ??

In your own words, describe the guitar on Football Money?

Jeremy: “I’d compare our guitar playing on the album to being sat on a nice beach when suddenly a very fast – but friendly! – dog comes out of nowhere and runs around, kicks the sand up and makes the crowd go wild.”

What is the future looking like for Kiwi Jr?

Jeremy: “We’re heading to the UK in late January, playing three headlining shows in Glasgow, Manchester and London. In February, we’re planning on hitting some eastern Canadian cities like Montreal, Ottawa and Kingston. In March we’re heading to New York City to play the New Colossus Festival, and then SXSW in Austin. We have plenty of new songs ready to go, so we’ll also be looking to get into the studio in and around those dates.”

Football Money is out worldwide 17 January 2020 via Persona Non Gratis.