As Lamb Of God reissue their seminal album Ashes Of The Wake to mark its 15th anniversary, we chat with guitarist Mark Morton to look back on a hugely important time in the metal titans’ career… 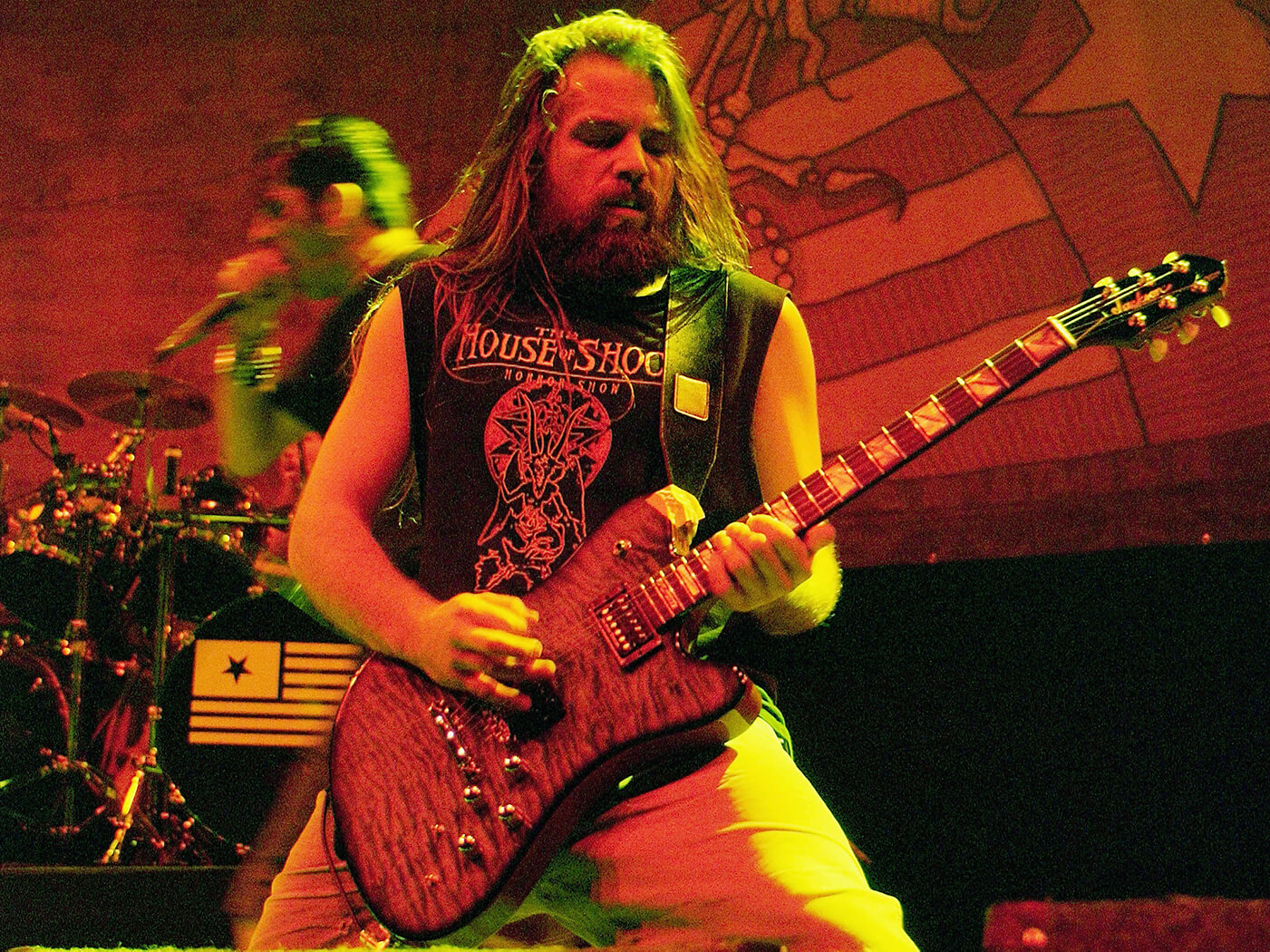 It’s hard to believe it’s been 15 years since Lamb Of God released their major-label debut album, Ashes Of The Wake, which kickstarted their rise to the very top of the modern-metal pyramid.

With a special edition re-release of the album marking the occasion, we spoke to the band’s hirsute lead guitarist Mark Morton to reflect on what was a hugely significant period for Lamb Of God, how the band felt in the moment and how he feels about the album today…

Ashes In The Wake must have been a very different experience for you – what are your memories of recording the album?

“I think my main memory of the recording is just a kind of general excitement and all the things that go along with that: anxiety, excitement, confidence, lack of confidence, all those things kind of happening at once.

“Ashes Of The Wake was our first release with a major label. That was a big step for us and there was a fair amount of pressure that came along with that, but at the same time, I felt very excited at the opportunity, it was a very important moment in my career and for us as a band.”

Were there any bad memories?

“I think there was some sort of pressure that I felt, I think we all felt it. But I definitely felt it because we really didn’t have a lot of time in between records. The album that came before, which was called As the Palaces Burn and as soon as we released it, we got signed to a new label, so they wanted a record produced pretty quickly.

“That meant we didn’t have a whole lot of time to write new songs, it felt like a lot of pressure to deliver what was going to be a very important record for us very quickly. I think that’d be the only negative memory because of the pressure there; but at the same time, I think it was a good exercise for us as a band – for myself as an artist, just to learn that we could live up to that standard, we could operate at that level.”

Transitioning from the underground to the mainstream must have been a shock to the system, too…

“Yeah, I think so. I think that album and the new label and everything, we had more of a corporate machine behind us that was giving us a lot more publicity and tours, we started to get more airplay on MTV and things like that.”

What do you remember about the writing process for the album?

“It was pretty much the same as what we always do, the Lamb Of God songs almost always start with the guitar riffs that Willie [Adler] and I write, so we would bring them demos.

“Back then, I think we were still using tape machines. Neither Willie or myself were really good at the recording software and all that stuff, but we were still bringing in, you know, riffs and song ideas and then get the band and get the music together and then the lyrics usually come last.”

What are you most proud of from Ashes Of The Wake?

“Something that I’m also really proud of is that we were able to solidify ourselves as a band, and I’m also proud of the legacy – how 15 years later, people are still talking about it and it still matters and people still care about it.”

Looking back, is there anything about the album that you’d have changed or done differently?

“I don’t think so. I guess if I were to do it now it would be a very different album. You know, there are certain things about the mixing and the guitars that I have more experience with now, so I would do it a little bit differently. But ultimately, I wouldn’t change anything because I wouldn’t change the things that came after, we are right where we need to be, and it was part of that process.”

Ashes Of The Wake is the only instrumental song on the album. Was composing it any different than composing the other songs with lyrics?

“I don’t know if it was really understood what we were doing, but we just knew at that point that it was really hard to put lyrics on! And there were more riffs to that song, so we knew it was cool music and it just sounded like an instrumental song, so we decided to put some extended guitar solos there and then the idea was to put spoken words in the end – the interview sample.”

How do you think that your guitar playing has evolved between then and now?

“I think it’s changed in the sense that I’m far more interested now in songwriting. Not that I wasn’t back then, but I think I was still learning the difference. Musically, I was more focused on writing a real groovy and dazzling kind of riff, which I still think is cool and important, but now I’m far more interested in the song as a whole. A solid composition with a great hook and meaningful lyrics, a musical piece rather than a bunch of cool riffs.

“I think that as a metal band, it’s important to have these cool riffs. But now, I think that’s just one element of a bigger picture. I think I play more for the song now, more as a part of a song than just guitar playing.”

Do you remember any gear that played a big part on the album?

You’ve moved on to Jackson guitars now, of course – what is it that you like about their instruments?

“I like that they are well made, how they are constructed, the sound, they don’t sound muddy they just have a wide range of sound. And my signature guitar in particular is everything I want. There are so many options on that guitar, because the pickups can be coil-tapped, so they can be single-coil or humbucking.

“It’s a very versatile guitar, I can play rock music and blues music and in another situation, I can play heavy metal, and it’s the same guitar.”

Lamb Of God’s Ashes Of The Wake 15th Anniversary Edition is now available on vinyl and digital on Sony Legacy.