“It turned out our fans agree with Yngwie Malmsteen that more is more!” Leprous’ Tor Suhrke on collaborating with fans

The Norwegian prog-metallers’ guitarist on moving away from aggressive riffing, how his tastes have evolved over the band’s 20 years, and why getting their fans involved in the songwriting process was a recipe for lots and lots of guitar tracks. 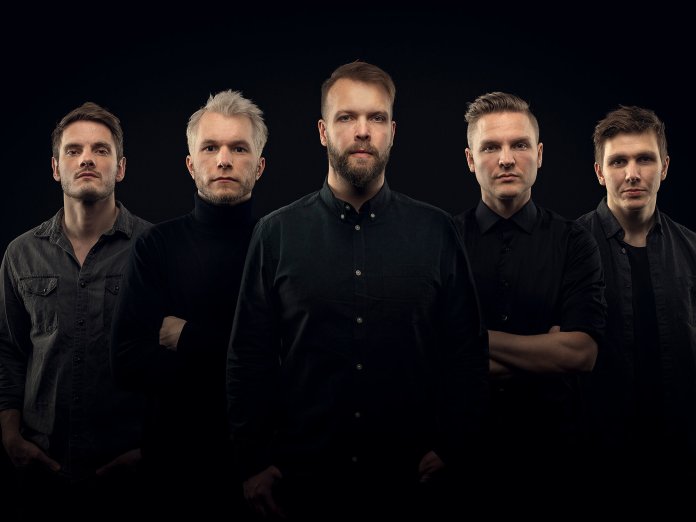 In its heyday, the term ‘prog’ was once used to describe bands who eschewed traditional song structures, experimented with different sounds, and incorporated a large degree of virtuosity into their performances. But quite often these days it’s often – sometimes pejoratively – used to describe bands that are similar in sound to the big three: Yes, Genesis, or Marillion. Largely thanks to Dream Theater however, a sub-category ‘prog-metal’ was birthed, and became the genre’s noisy and more modern sounding offspring, and in terms of popularity and modernity, it now eclipses its forbearer.

Since 2012, Leprous have been at the vanguard of modern progressive metal and along with contemporaries such as Soen, Tesseract, and Periphery, command a large and diverse audience. The prog prefix has not entirely abandoned of course and a hallmark of the greatest prog bands is a tendency to evolve and dip their musical toes into other genres. And evolve they have. Since the release of The Congregation their dependence on intricate stabbing guitar riffs has diminished slightly, replaced with an increased focus on vocals and synths. To the point perhaps, that the metal tag is no longer applicable. Their popularity has not worsened for this direction change however, as the distinct vocal stylings of singer Einar Solberg and their overall emphasis on strong melodies has always arguably been the main draw.

2020 of course brought many problems for recording artists but Leprous decided to revel in them and introduced some rather unusual song-writing methods for latest album, Aphelion. We spoke to guitarist Tor Suhrke to find out more.

Over the last few releases, there seems to be a lot more emphasis on synths textures and vocals than aggressive staccato guitar riffing. What’s made you move in that direction?

“I believe it has more to do with a transition we made after The Congregation, where the guitar sound had a peak in being more aggressive and staccato, I guess. It works great for that album, but we’ve never been known to settle for one thing and stick to that forever, so during the process of writing Malina we decided to aim for a softer and more organic sound for the guitars. I felt we managed to evolve this sound nicely and maybe tweaking it back to being somewhat more balanced on Pitfalls and now I feel we’ve ended up with a very fitting, although varied, guitar sound for Aphelion.

“Another natural reason for the sound moving somewhat towards a more distinct electronic sound and more vocals in focus is that most of the compositions are made by Einar who sings and play keys. We’ve also been using Adam Noble to mix the albums, and I believe that this kind of sound is somewhat of a speciality for him.”

You’ve employed a variety of different writing approaches for this album, even including fans in the process.

“The final song of the album Nighttime Disguise was created during a six-day live stream we did back in February, where we entered the studio with no idea of what we were going to make, and then being under ‘surveillance’ 24/7 by all those that joined the live stream. The audience were included in the process in several ways, with the most obvious way being that they voted for which parameters we should create the song after.

“It turned out that our fans, not that it was a surprise though, agrees with Yngwie Malmsteen that more is more; they voted to have as many parameters as possible thrown into the song. Among other things the song needed to include six-string, eight-string and acoustic guitar, six-string bass with bass-tapping, as big of a vocal range as possible, three different time signatures, three different keys, tempo switches, growling vocals, and a whole lot more!

“Also, during the live stream we also had a Zoom chat going where we could let the audience vote for what we should go for if they weren’t completely agreeing with the band.

“I must say the entire experience was something I’ll never forget! Waking up in the morning and having my coffee routine while chatting with the audience, before entering the studio and continue to create the song which I now feel we can share with so many of our fans on a lot deeper level than a lot of our other songs.” 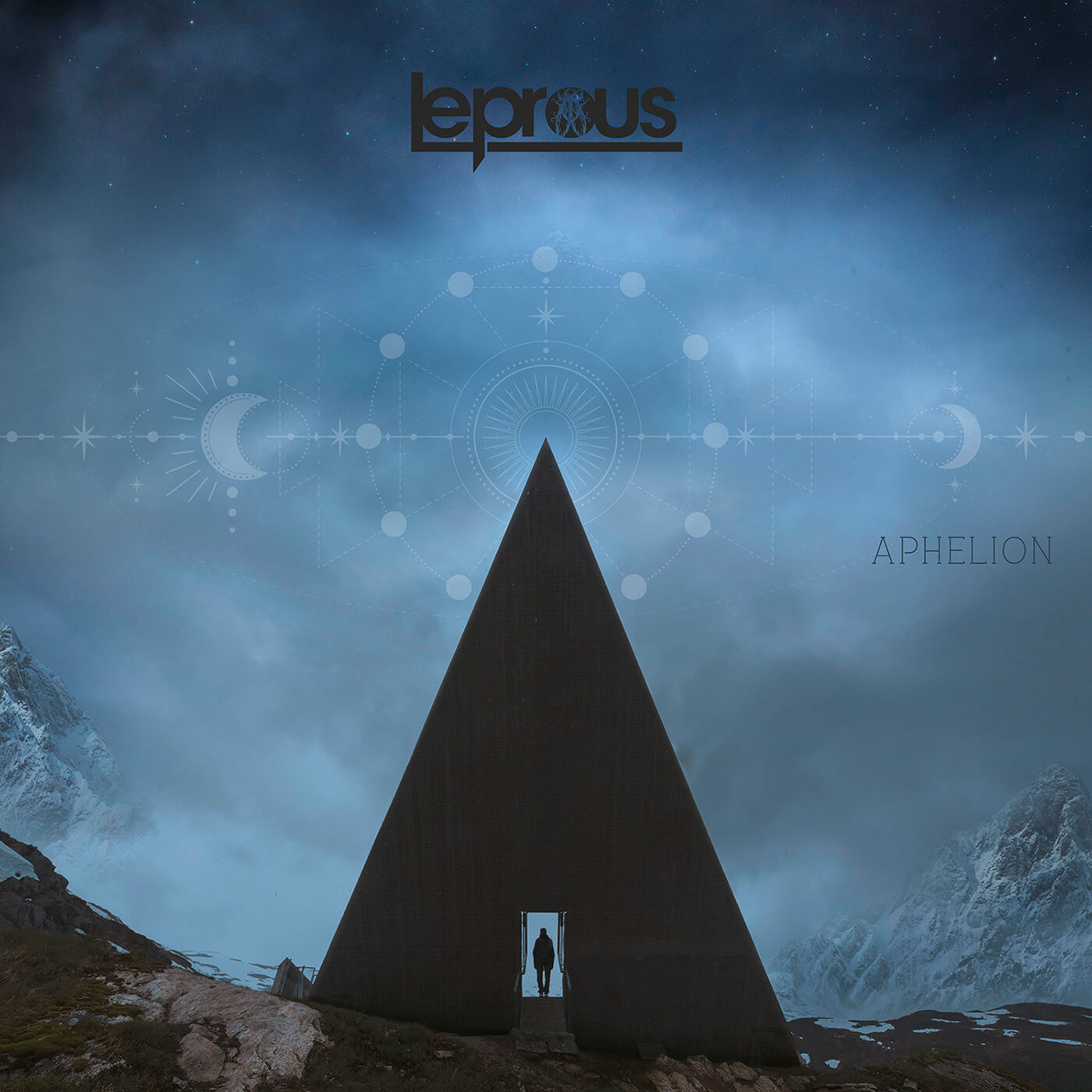 The lyrics on this album seem to deal solely with battles with mental health. To what extent did the personal nature of the lyrics impact upon the actual music?

“I wouldn’t say that the specific lyrics impact each song to a very big extent, since the music is mainly created before the lyrics, but we knew that the lyrical theme would continue from Pitfalls so this of course sets a certain base of the melancholy that feels natural to compose within. I also feel that the lyrics of Aphelion approaches the struggle with mental health in a more positive way, kind of looking at the light in the end of the tunnel, or maybe just finding a way to cope with it rather than ‘fighting’ it which sometimes won’t work.”

What amps/digital modellers did you use to record the album with? 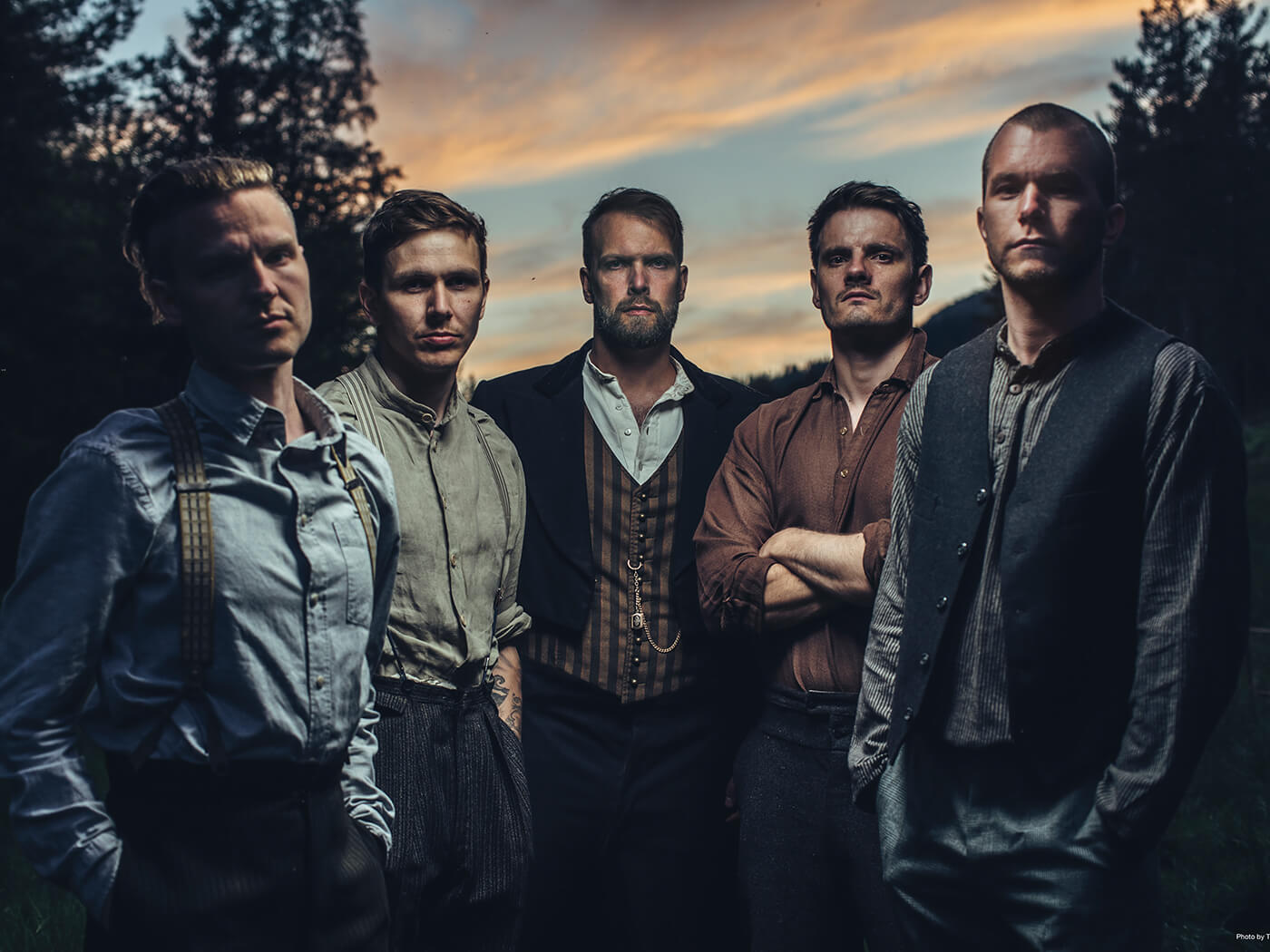 What about guitars? Unless we’re mistaken, we don’t hear too much low end on the new album so were you using your eight-string Aristides?

“I’ve mainly used my Aristides 020 (6-string) for Aphelion, but I’ve also used the Aristides 080s (8-string) on a couple songs: Have You Ever? and Nighttime Disguise. On a lot of the songs I’ve been torn between using the 020 or the 080s, since I’m actually playing a lot more in the lower register than you might realise at first listen, but on most of them I decided to go for the 020 but just tune down the lowest string since I guess we can all agree that it’s easier to handle six strings than eight strings if you can choose!

“I addition to that I’ve also recorded acoustic guitars on the tracks Castaway Angels and Nighttime Disguise, and for that I used a Babicz Identity and a Martin.”

What is your approach to guitar sounds generally? Do you tailor them for each song or do you choose an amp and stick with it throughout the entire album?

“On Aphelion we’ve definitely adapted the guitar sound a lot more to each song than we’ve done in the past, both due to the fact that they have been recorded in so many different locations, and also since we’ve been recording them live in the studio which makes it more natural than if you just track at home and send to re-amping where you basically set a base sound which you often only tweak slightly from song to song.”

Have you noticed your taste in guitar sounds changing over the years?

“Yes, I would definitely say that my taste has changed, starting Leprous as a youth band back in 2001 and with preferring having the gain on max and adding a Metal Zone in the mix as well, since that would cover up a lot of mistakes being played [laughs]. Over the years we obviously learned a lot about getting a more professional ‘metal’ sound – still using quite a lot of gain though – but then as I mentioned we did a conscious choice of reducing the gain quite a bit on Malina which taught me a lot about getting the most out of the natural sound from the guitar. Now I feel I’m maybe starting to move back to a slightly more balanced sound where I’m not too afraid of the gain, but I feel I have it a lot more under control.”

What will your live rig look like for the upcoming tour?

“I’ll continue to use Kemper Profiler for amplification live, since that has worked very well on our last tours, and I finally got my hands on the Stage version which I think will work even better on the road that the rack versions we’ve used until now. The Kemper Stage has worked great on the many live streams we’ve done this last year and since we’re changing our setlist for every show, it’s a very convenient way of having control of all the sounds I’m using.

“For guitars I’ll also continue to use my Aristides 020, Aristides 080s. I’m also waiting for a brand new Aristides T/OR, which is a Tele-style guitar, and I can’t wait to get my hands on it! We even share the same name, so I’m pretty sure we’re meant to be!”

Aphelion is out now via Inside Out.