Indie-rock singer-songwriter Hannah Read on why playing a new guitar is never a one-sided thing, how she’s discovered an appreciation for more complex song structures, and why getting her Collings to the right temperature is important.

There’s no instruction manual for making a record. Sometimes you hit on a process that feels mutually beneficial to song and artist alike, sometimes it’s a slog that turns up gold, sometimes it’s a blast that decays into the suspicion that something’s not right. For Hannah Read, who releases music as Lomelda, the journey is perhaps as important as the destination.

Across a quickfire sequence of albums released in the past five years the Los Angeles-based songwriter has whittled a sound that is bracingly honest, intimate and characterful, stapling rolling melodies to a latticework of guitars. “What inspires me about a studio is the chance to get together with people and be collaborative,” Read says. “There’s give and take, and I’m 100% happy to let a song get pushed around. It comes out more lifelike.”

Read recorded her new LP, Hannah, with her brother, Tommy, at his studio in their hometown of Silsbee, Texas, shaking things up after recording at home, here, there or wherever in the past. “It’s actually just a walk away from where my parents are living now with my grandma,” she says. “It’s like a whole little family situation out there. It’s familiar in multiple senses of that word. One aspect of that space that’s really inspiring is the weather. It’s hot, humid. It washes out with thunder and lightning and then it’s back to sunshine. It’s very extreme, it’s hurricane territory.”

It took three sessions to capture the songs as we hear them today, beginning in March of last year before the duo navigated a couple of hard resets as things were coaxed into a pattern that worked. Five drummers worked on the record, while Read again played pretty much everything else, batting weird ideas back and forth with Tommy between takes. “The first time, I went in expecting it to be creative, to be writing while recording, playing off of that,” she says. “It wasn’t extremely shocking that the second round was starting over. The third time was a shock, like, ‘Okay, we’re doing it again.’”

Hannah is an acoustic guitar record. On one hand it is a textural marvel, pulling at electronic threads while weaving thoughts and melodies around each other, but at its heart it has one new instrument that Read came to understand and trust. “There’s a quote… who said it, shoot, I don’t know where this comes from! I don’t even know if I like the person who said this, but there’s the idea that when you hit something with a hammer, the hammer hits your hand back,” Read observes. “It’s never a one-sided thing. I think that goes for instruments too.”

She adds: “The first time I went in, I’d just gotten a new guitar for the first time in a long time. I bought myself a very nice acoustic, and it was really inspiring a lot of the songs. But I also didn’t really know how to play it quite yet, I felt. That’s one of the things that changed throughout the three sessions, which were across a full year. I feel like I learned how to play that guitar the way I wanted to.

“It’s made by Collings, from outside of Austin, Texas. It’s their line called Waterloo, it’s a three-quarter size with an X brace. It almost caps out at a certain point. You have to hit it just hard enough, not too hard. It’s almost like breaking in your amp a little bit, finding out where that spot is. It’s a really sensitive guitar. I also found it was really sensitive to temperature. If I let it sit in the sun for a few minutes and then started playing it, it felt way better.” 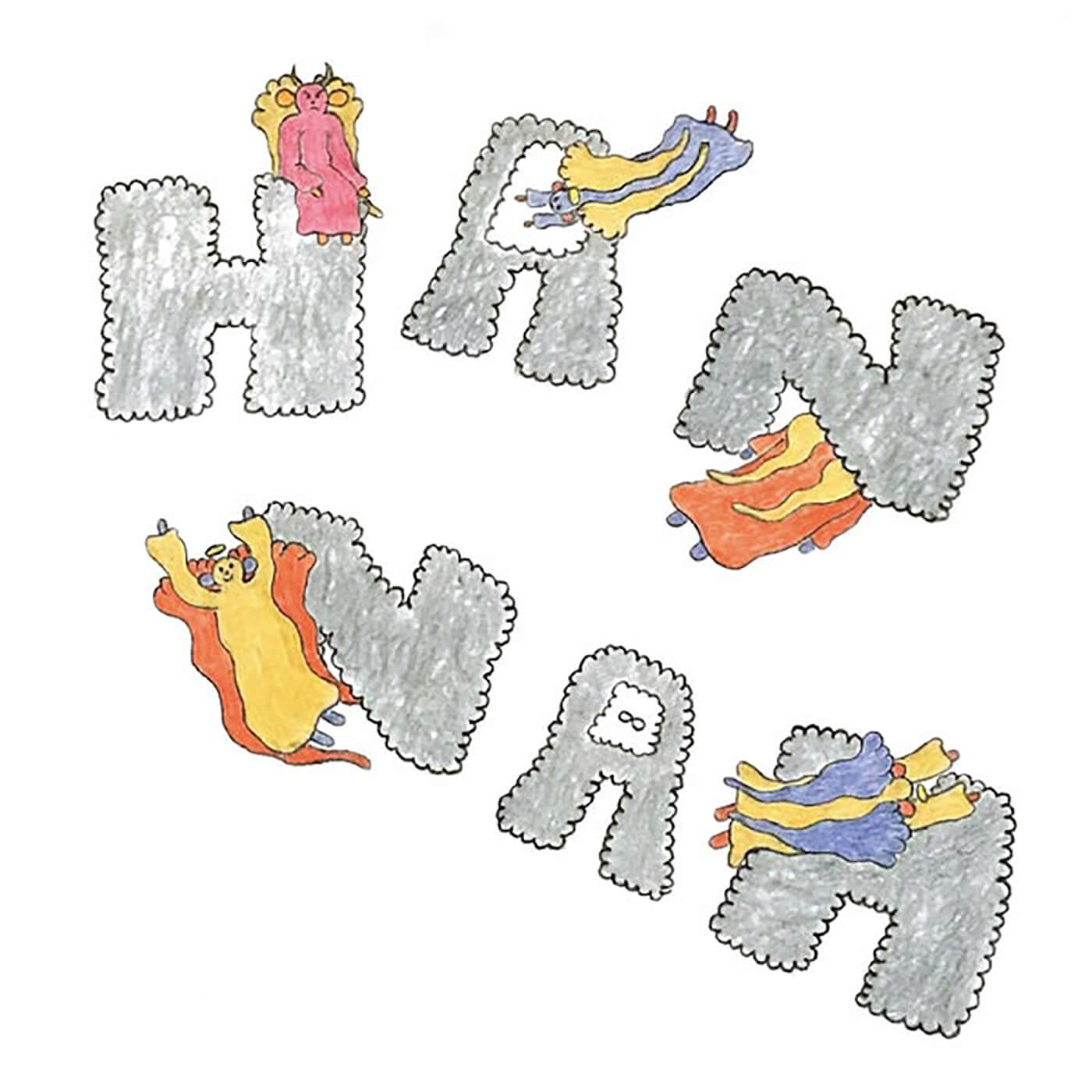 What’s in a name

Framed against this practical development over time, the LP’s title isn’t an idle label. It’s a catch all for a big picture discussion of how a person has to reckon with who they are, who they want to be, how others see them, and how they might choose to follow their path. Walking side by side with that are musical choices that distil many of Read’s strengths, from its blend of acoustic and electronic sounds to her versatile voice, which covers every base between mantra-like circular phrasing and ringing hooks. “Asked you if you knew who I was,” Read murmurs repeatedly at one point. “You said, ‘Hannah.’”

“The title is still what I meant for it to be, which is basically just claiming the thing as both me and something else,” she says. “It’s also really strange. Oftentimes I wish I had just sent it to my family and friends and left all the strangers out of it. But that’s part of what the content of the record is about, too. It’s trying to extend your presence, or humanity, to anyone.”

Hannah is preoccupied with communication, much as its predecessor, 2019’s M For Empathy, was. But the difference here is the angle from which Read investigates the subject. These songs are more rambunctious, more complex. Gone is the uber-sparse palette of her last record, with songs such as Both Mode crossing over into a scratchy, unpredictable take on riff-based indie-rock.

Something else that Read’s music wrestles with, perhaps almost subconsciously, is the push and pull between wanting to forge a lyrical bond with the listener, while also pursuing a connection in the much more literal sense of a musician playing music for their fans. In acknowledging this balancing act, Read steps closer to achieving her goals. 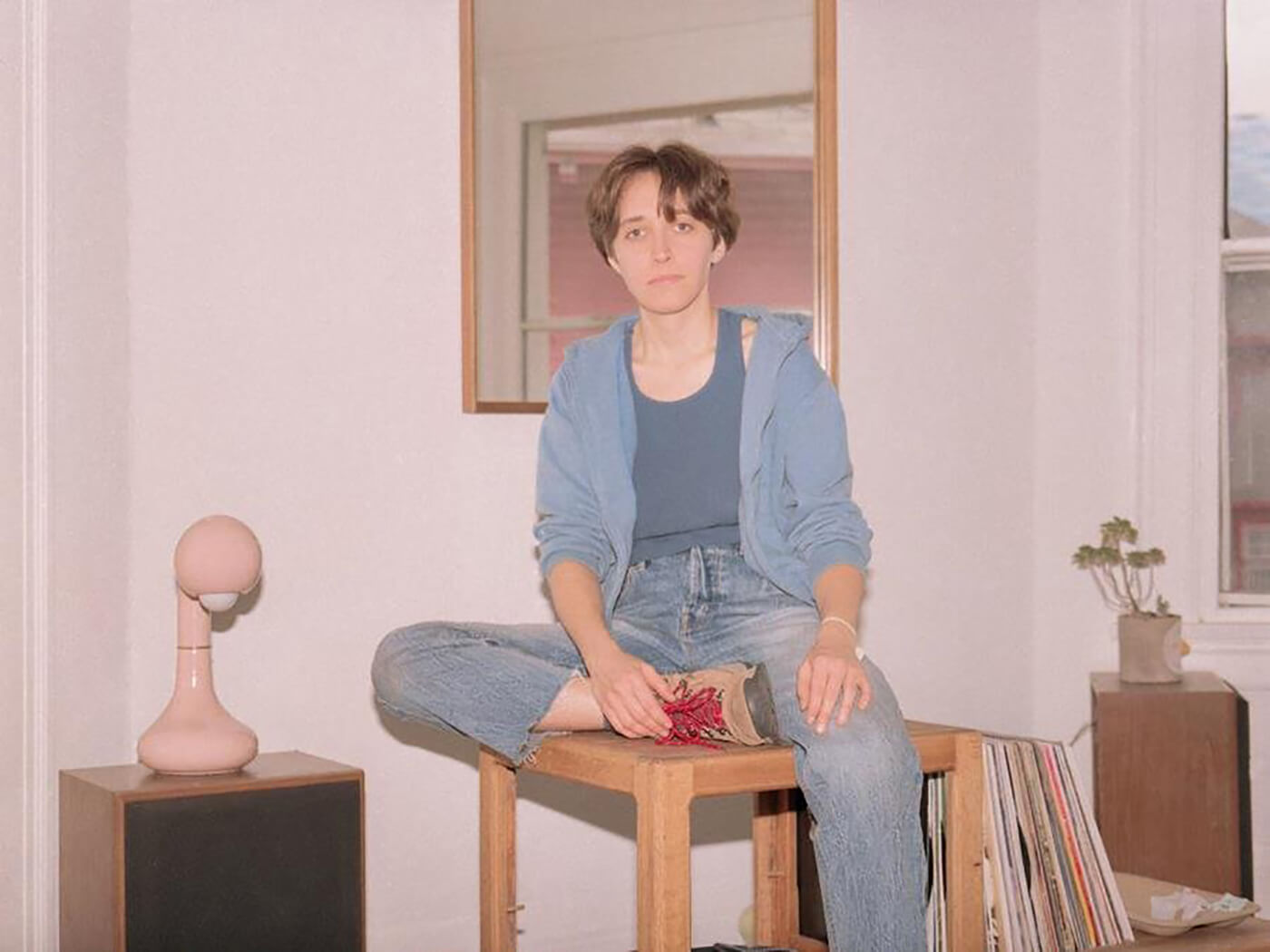 “I’m very skeptical of performers, especially performers who claim to connect to their audience, because there’s an obvious disconnect,” she says. “The stage exists to lift you up, right? Physically and in terms of status, brain-psychology stuff. I struggle with that a lot. I am one of those people who wants to connect.

“I want my music to be meaningful to others. I guess it’s just trying to recognise what the limits of that are, and recognising that when you are performing, I am by nature of the thing guarding myself. I’m not being totally vulnerable because it’s a performance, however much I mean it.”

Read’s songs often begin with snatched words or phrases, or with melodies that float around for a while before solidifying. In their finished guise many of them retain that loose, unfussy simplicity. “When I actually form it into a song, or give it some structure, I usually have a guitar in my hand,” she says. “I tend not to focus too much on loops or anything in the writing process, though I think that would be a really interesting way to go.

“I usually let the melody and lyric lead, but there’s some push and pull. That ends up getting me into these weird phrasings that are oddly timed and whatnot. Then there’s a song like Wonder that is really just two different lines. It is basically a loop, but it’s a brain loop.”

Wonder is a good example of one of Read’s songs getting “pushed around” in the studio. Its singsong hook is stretched and moulded to fill the gaps in a web of guitars, persistent keys and combustible percussion. “When I play that song on my guitar in my bedroom it’s almost a different song,” she says.

“With that song, and a lot of the record, the way that it finally felt good was when there was a lot of interplay and interaction between different players, different performances. You’re having fun and you’re like, ‘Tommy, I’m going to play this drum kit and then play it again and I want you to keep both takes and stack them on top of each other…’ It’s just about a feeling, really.”

While she was working on Hannah, Read thought at length about how the songs might come together live. In the past she has played in myriad configurations – solo, flanked by laptops and triggers, flanked by flesh and blood bandmates – but all of that has since been rendered moot. What we’re left with are songs trapped in a moment in time. “I’ll never tour this album,” she reflects. “That’s totally fine. It just is what it is. By the time I’m able to be in a room with other people playing music, who knows what we’ll want to do?”

Something that might well remain constant is her live guitar setup, which speaks to practicality and utility in the name of something more creative. Throughout her career Read has called on a G&L Strat to do the heavy lifting on stage, prizing its rugged nature. “It was very cheap but it’s so sturdy,” she says. “I love playing it so much. I usually try to have a setup that is responsive to my hands as far as amps and pedals go. I like for that one factor to be just about playing, and the feeling, because I usually tend to also be running drum machines or synthesizers so I need the brain space for something else. I keep the guitars really simple.”

Lomelda’s Hannah is out now through Double Double Whammy.