Lonely The Brave find inspiration in film scores and post-rock

On their first LP since 2017, the Brit rockers dig into their early influences and find solace in their music’s melancholic optimism. 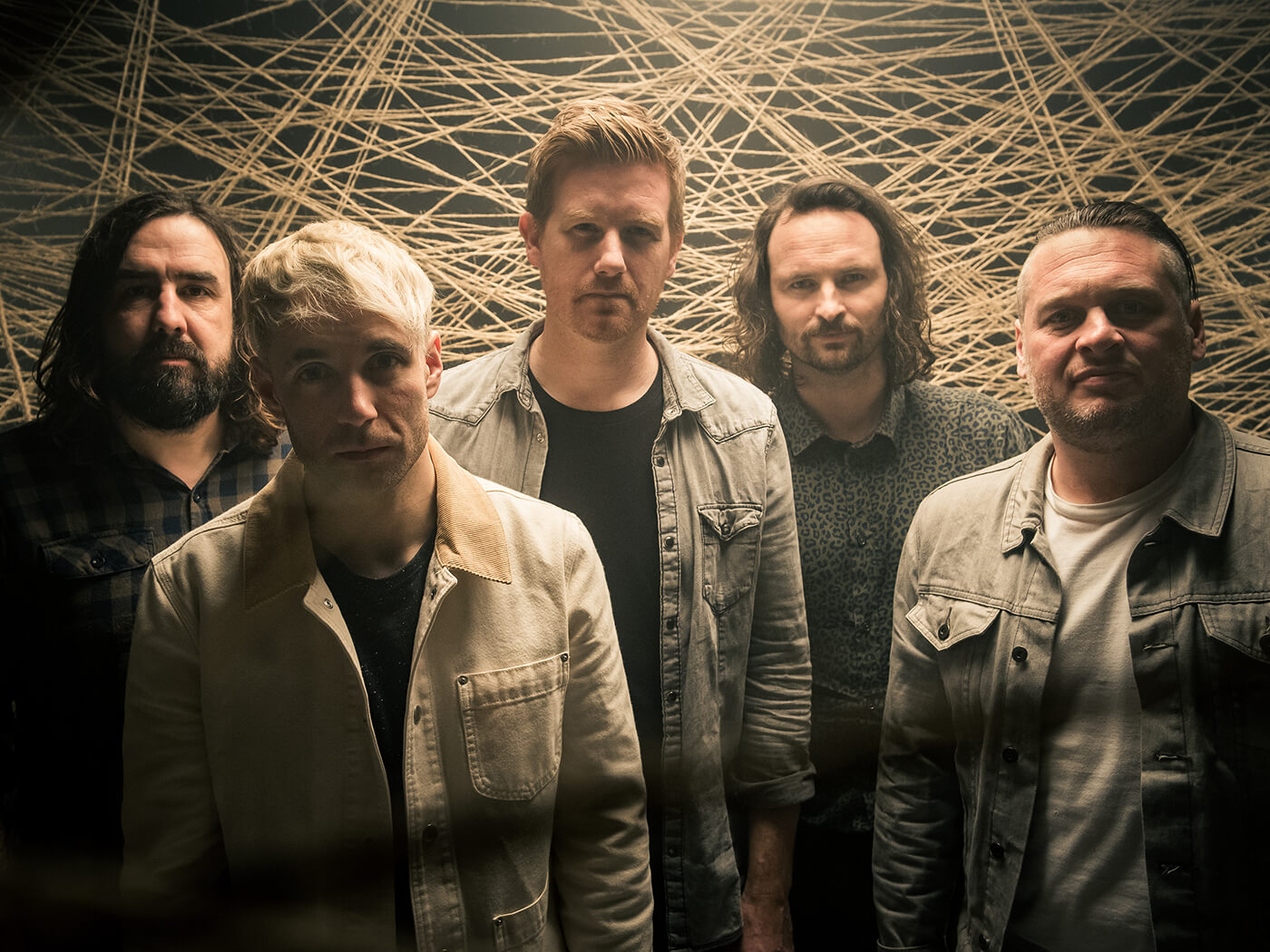 Last year was a tumultuous time for everyone, and Cambridge’s Lonely The Brave, felt it more keenly than most bands, as drummer Gavin ‘Mo’ Edgely and bassist Andrew Bushen are frontline NHS workers by day. Since last album Diamond Days the band had also parted ways with original signer, David Jakes, brought in new frontman Jack Bennett and also found a new record label. But through it all guitarist Mark Trotter focussed on the power of songwriting, and the result is The Hope List – an album completed despite the band being locked down in different parts of the country, that sees them explore both the light and talk side of their ouvre, with their tried and tested vintage guitars in hand. Here, Trotter picks out his favourite guitar parts from the record.

“Keeper was the first song we wrote for the new record. It was one of those tracks that just seemed to appear, the ones where you don’t fight it, you just let it go where it wants. From my perspective, when it came to recording, I was after a Daniel Kessler feel for the verse – a Fender, clean with some reverb, always works so well with single note sections to really cut through. I used my John English Esquire through Jack’s early 70s Twin with a blend of close mics and room/hallway ambience mics for some depth.

“The chorus was my ‘77 Tele Deluxe running into a Weinbrock head and handwired Marshall 4×12 with my Empress Superdelay. The Tele’s wide range humbuckers are absolutely superb, they offer such note definition and work really well with the Weinbrock, which is essentially a JCM800 type circuit. I wanted a shoegaze feel through the choruses to hark back to the kind of tracks that we grew up with. The middle eight was again my Esquire with a bit more delay this time through the Twin.” 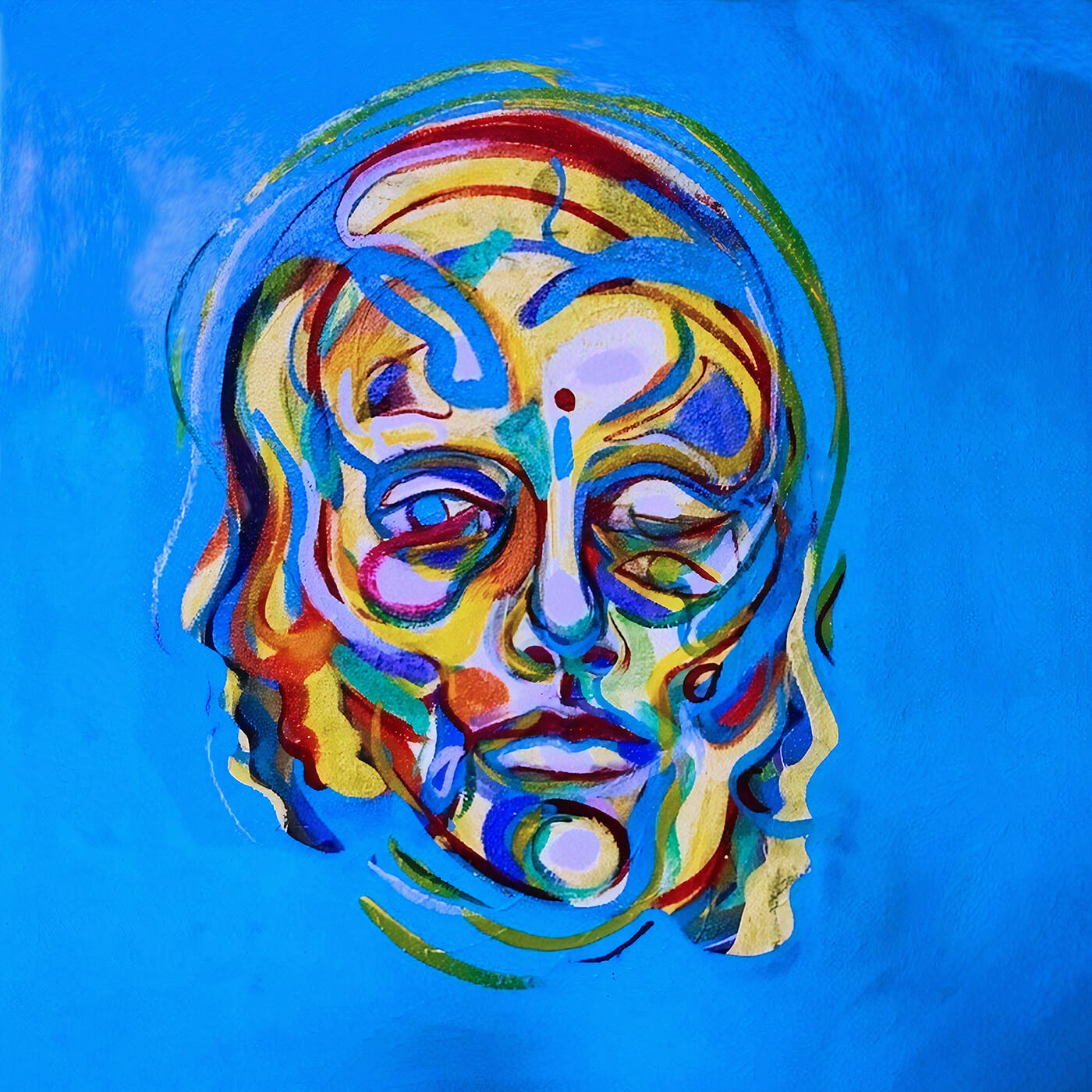 “This track was very important for me personally as it was the turning point in feeling positive about my ability to still write music. I had the verse and chorus down and was hearing this really straight drumbeat playing through and not really reacting to the guitar, only linking back when each verse section looped round. I was walking around with it in my head for weeks driving myself a bit bonkers, so it was a release to get to the studio with the guys and get it out. I always had the middle eight launching in from an E minor but couldn’t really decide where to go with it. Fortunately, once everyone jumped in the track took itself where it needed to go.

“I love this track because it represents where my headspace was when writing it. I was in a pretty bleak position but as with all of our music, the element of hope is there. The choruses themselves were a combination of my 70 LP custom through the Weinbrock and Marshall 4×12 setup, and also some Kemper profiles with my ‘59 Les Paul Junior. This was the first time I have recorded with a Kemper and I have to say as a studio tool it is phenomenal, you have to be careful not to disappear down the rabbit hole though!” 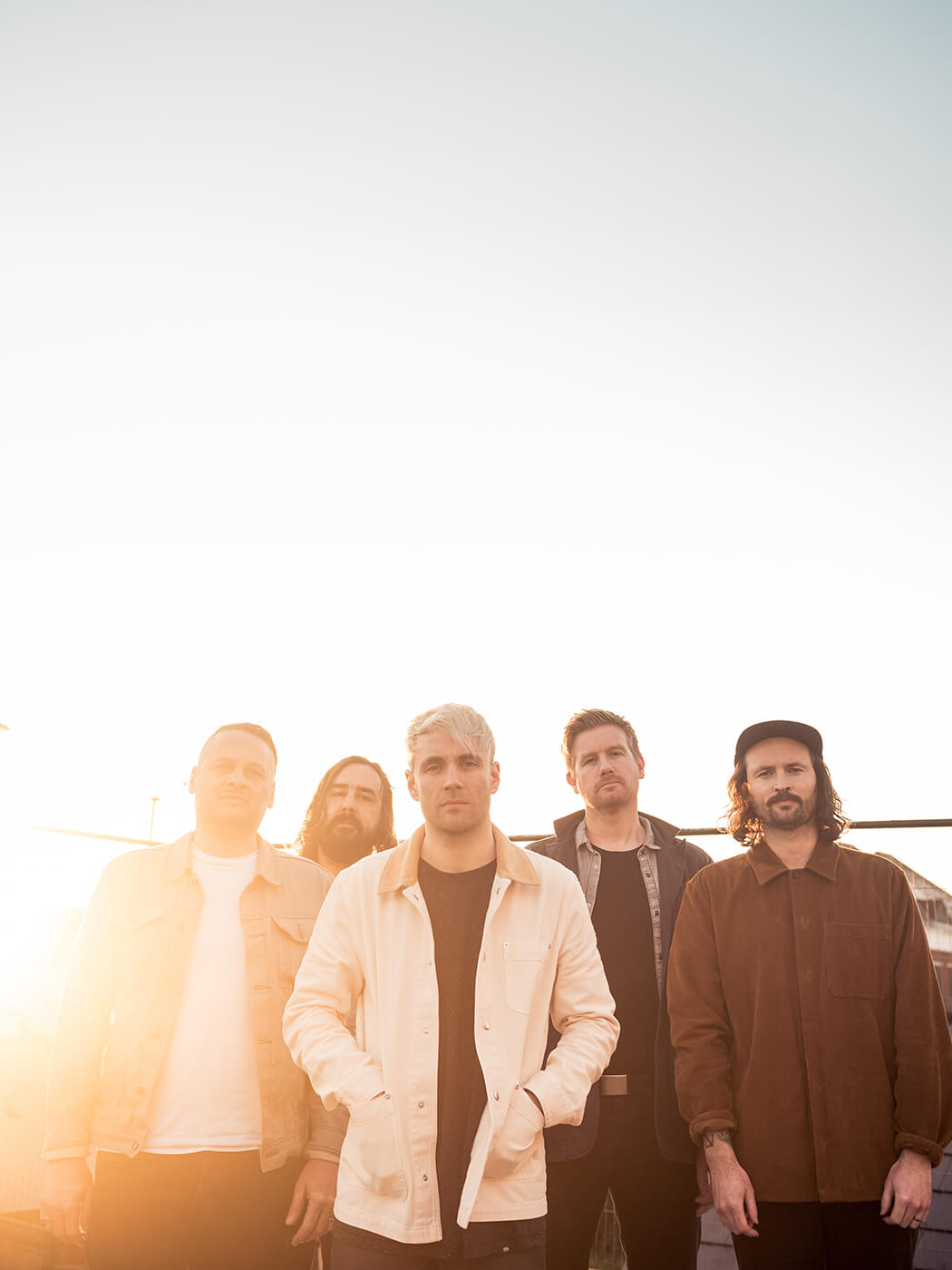 “When we first started the band, I aspired to us being a post-rock band with a great singer. I love the imagery that post-rock and film scores create, and this is how I approach writing music. If it can stand up alone, without a vocal, then it should climb even higher once the vocalist adds the melody and lyrics. This track is a perfect demonstration of that for me. It’s cinematic, wide and has depth, and Jack’s performance pushes it straight up and over the ledge. It’s probably my favourite track on the record. It doesn’t give the listener any respite at all. I love that! My verse guitars were my LP Custom with heavy reverb and delays to provide the swell effects. The rest of the track is pretty much every other guitar Ross and I own through everything!” 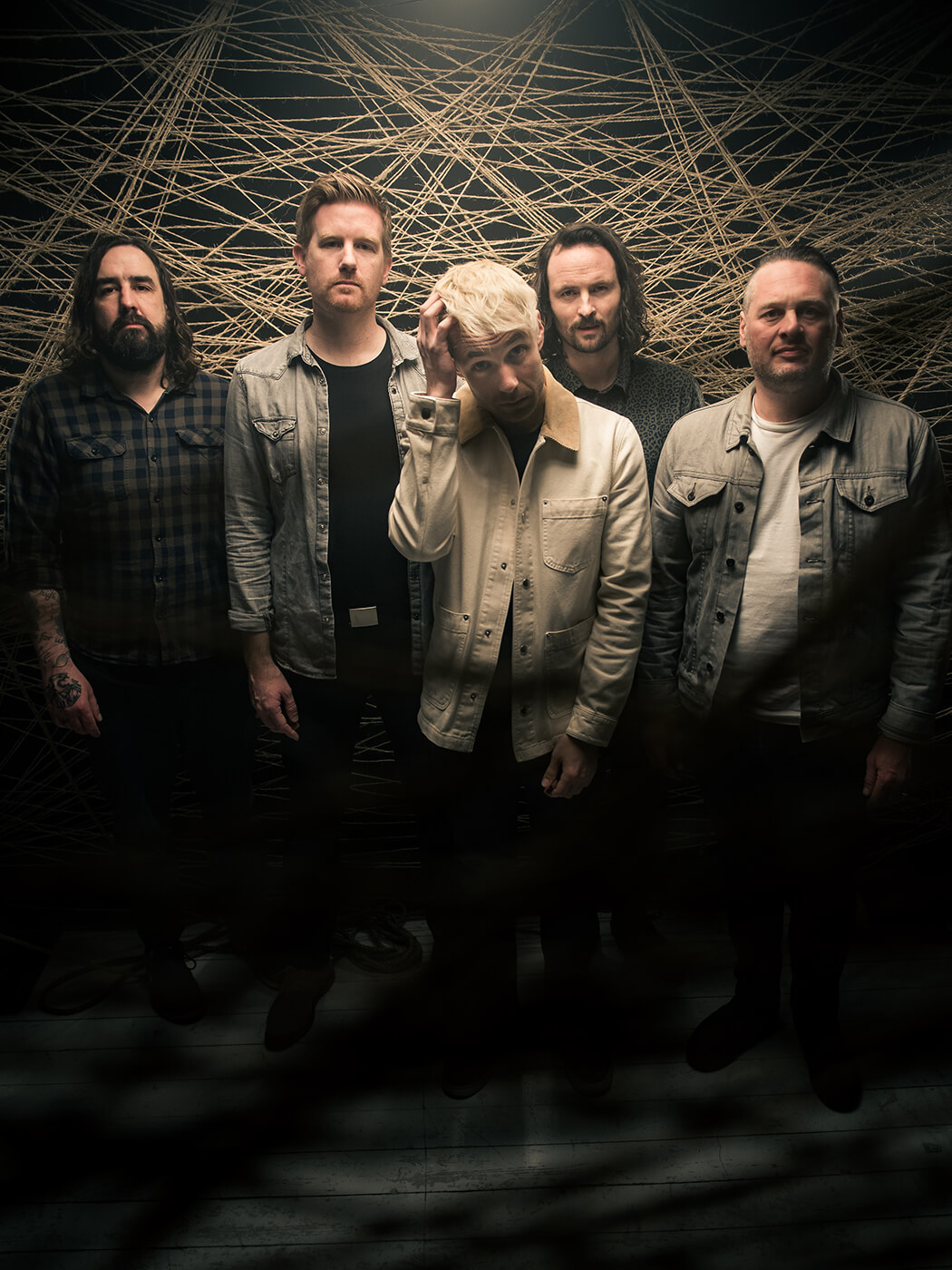 “I remember Ross [Smithwick, rhythm guitar] playing the main guitar part of this track to us and just falling in love with it straight away. It’s a perfect balance of melancholy and optimism. I also love how beautifully understated Ross’s playing is on this track. He is a master of knowing when not to play. Ross recorded the main guitar part with his Gretsch Duo jet into a Marshall 1974x combo, close mic’d. I love how ‘plummy’ and intimate his take sounds. it is the perfect sound for the part. With my parts, I really only wanted to embellish Ross’s playing, so the little lead line towards the end of the track was my main contribution. I believe that was my 1970 LP Custom through the Twin. Ross and I then layered a few guitars through various combinations of amps for the finale of the song.” 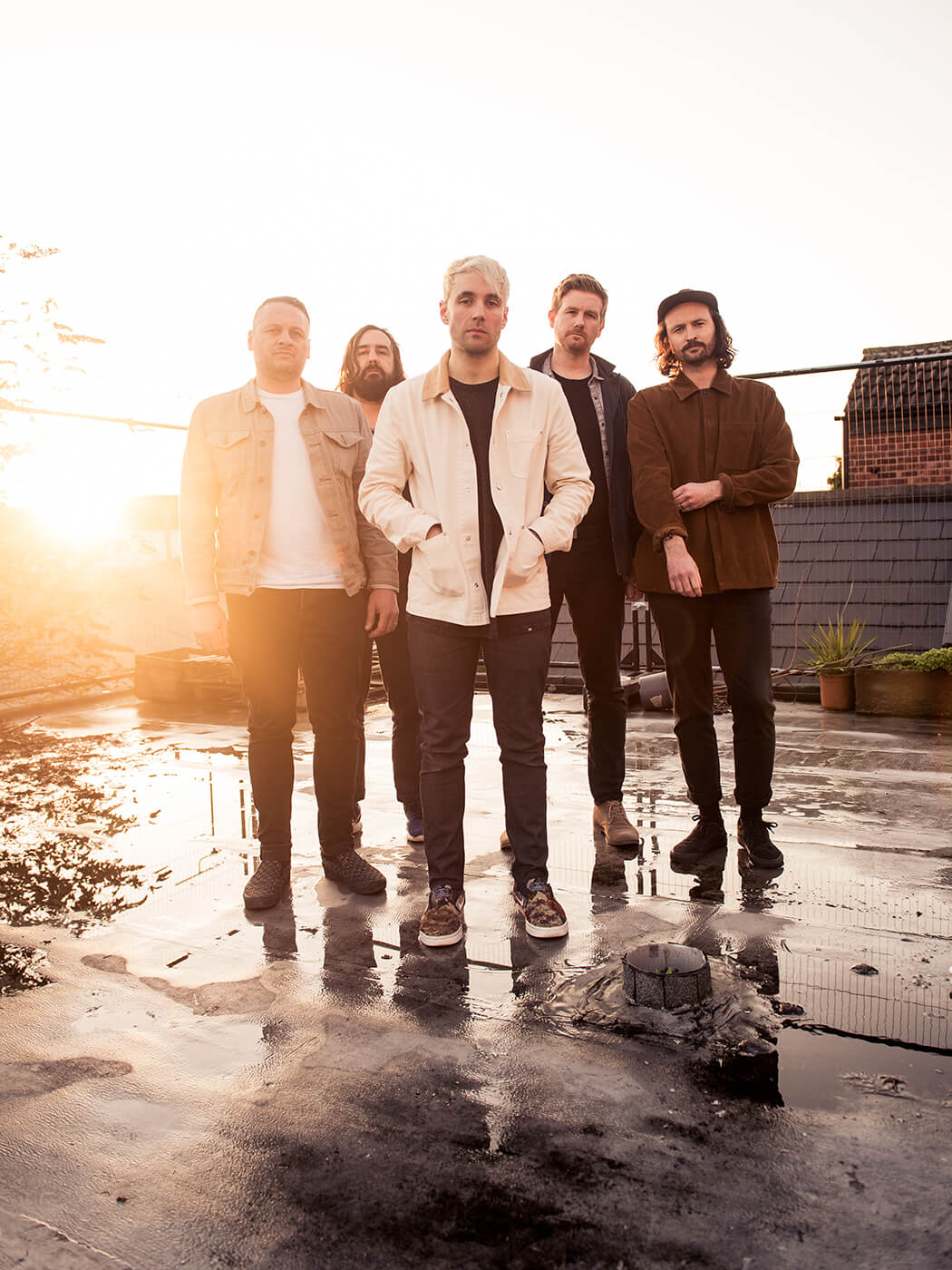 “This track is a hidden diamond in my opinion. It is unimposing to start, but packs such a punch as it progresses. I remember Jack recording the chorus vocal and thinking it was the best thing we’d done in years. When we finished writing the outro I remember listening back and feeling very proud. It’s beautiful and again encapsulates what we have always subconsciously leaned to in our music, the dark and the light. I remember trying so many different combinations of guitars and amps for the high arpeggio guitar on this, but nothing felt quite right. I ended up with Jack’s Strat and a tweaked Kemper profile which sits perfectly.”

The Hope List is out January 22 on Easy Life Record.