“People are dying. People are losing their jobs. It was scary to be creative”: Mannequin Pussy on overcoming despair on new EP, Perfect

Frontwoman Missy Dabice on how the pandemic cut the Philly punks down just as things were getting going, their hard road back to enjoying music again, and why ditching Fenders for a Bill Nash creation took her guitar playing in a fresh direction. 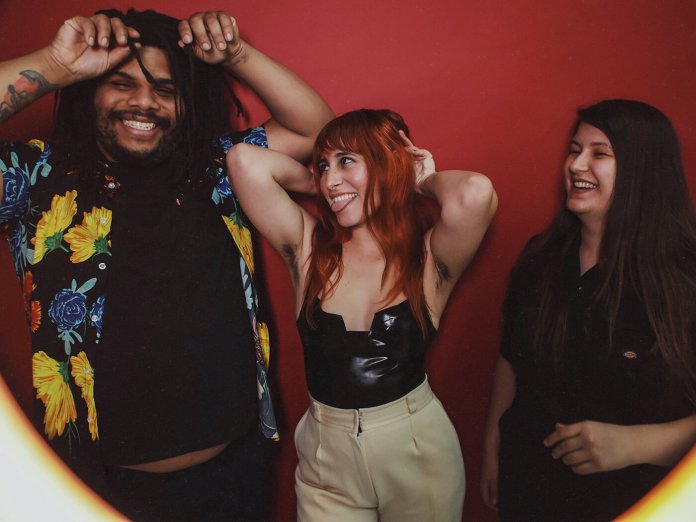 When things go wrong – like, really wrong, terribly, terribly wrong – it rarely happens all at once. Last spring Mannequin Pussy were on the road opening for Best Coast when things in the US started going wrong. As they ate up the miles, COVID-19 went from being something nebulous to something on the news to something very real.

They hit the Pacific Northwest for a sold-out show in Seattle as rumours became suggested restrictions, and half the crowd showed up. A few days later they played Chicago. It was another sold out show, but this time everyone showed up. As they made their way to Detroit for the next stop, the plug got pulled. “It was like, ‘Okay, how far is Philly?’ The anxiety just became more and more,” bassist Colins ‘Bear’ Regisford recalls.

In the van, vocalist and guitarist Marisa ‘Missy’ Dabice took a call from her sister. “She told me a lie, which was that she heard from a friend whose sister works for the Department of Transportation that they were going to shut down the highways so that no one could travel,” she says. “I remember relaying that to the rest of the band, like, ‘Uhhhhh…’ That freaked us all out. We were like, ‘We’ll stop on the way home from Detroit to Philly.’ That’s a long drive. But when we heard that, which was just a fucking rumour, we drove straight home. It was so strange to think it was as recent as it actually was.”

Once they were back in Philadelphia the group splintered and shut down just like everybody else. Pandemic anxiety became pandemic malaise. Missy went from thinking she’d invest in a period of buzzing creativity to staring blank-eyed at the headlines. “I just stopped,” she says. “I think I had a week where I was extremely naive and optimistic. I was like, ‘Okay cool, the whole country’s going to go into lockdown for a few weeks, we’re going to finish this up, we have all this time to be at home, to be creative.’ I was like, ‘I’m going to write a whole fucking record.’

“And then, slowly, as we understood more and more of what was happening, I began to feel emotionally paralysed by it. There was the reality that we’d lost our main form of income, we missed out on some of the biggest opportunities we’ve ever had as a band. We were on track in financial terms to have our most successful year ever. And then all of that went and suddenly we’re home in the same position as millions of other people. From then it was set into a numbing state. When you’re numb you can’t create.”

If there’s one word you’d use to describe Mannequin Pussy’s music, numb isn’t it. When their touring plans were derailed the band were out in support of their third album Patience, a major stylistic stride forward. After two LPs of breakneck hardcore-adjacent punk – their self-titled debut crammed its 10 songs into 18 minutes, 2016’s Romantic managed 11 in 17 – they left Tiny Engines for Epitaph and made a record that tempered its razorwire edge with grounded melodies and the guts to let its bleeding emotions fester in plain sight.

Its producer, Will Yip, would have a role to play in snapping Mannequin Pussy out of it. They booked studio time with him in the hope that it would break the cycle, but they were a long way from functioning as a group when they did so. “I think we hadn’t seen each other or played with each other for four or five months at the time,” Regisford says. “We’d been talking to each other. The whole time we were like, ‘How do you be a band in a time like this?’ We had time booked to go into the studio, because we’ve always tried to plan to be creative. When you’re touring all the time, no touring agent is like, ‘Cool, we’re going to give you four months off so you can write an album, and then another four months to be a human.’ They never give you that.

“It was a weird thing about the pandemic where, for a lot of us, we had been touring so much that it was very confusing and bizarre. What does the future hold? A break is nice, but this is not the kind of break we wanted. People are dying. People are losing their jobs. It was scary to be creative. We were like, ‘Shall we even go into the studio? What do we have?’”

What they had was one song. Fortunately it was a rager. Control is a sort of levelling up for Mannequin Pussy, taking the catharsis and hooky bite of Patience and welding it to guitars that chug and sparkle like Hole’s did circa Celebrity Skin. “We just had Control. And nothing. A dream, essentially,” Regisford continues. “Marisa and Will were both like, ‘I think if we get in there, we can make some magic happen.’ It’s one of those things where it was like riding a bicycle. It just flowed out of us. The rock gods were praying with us.” 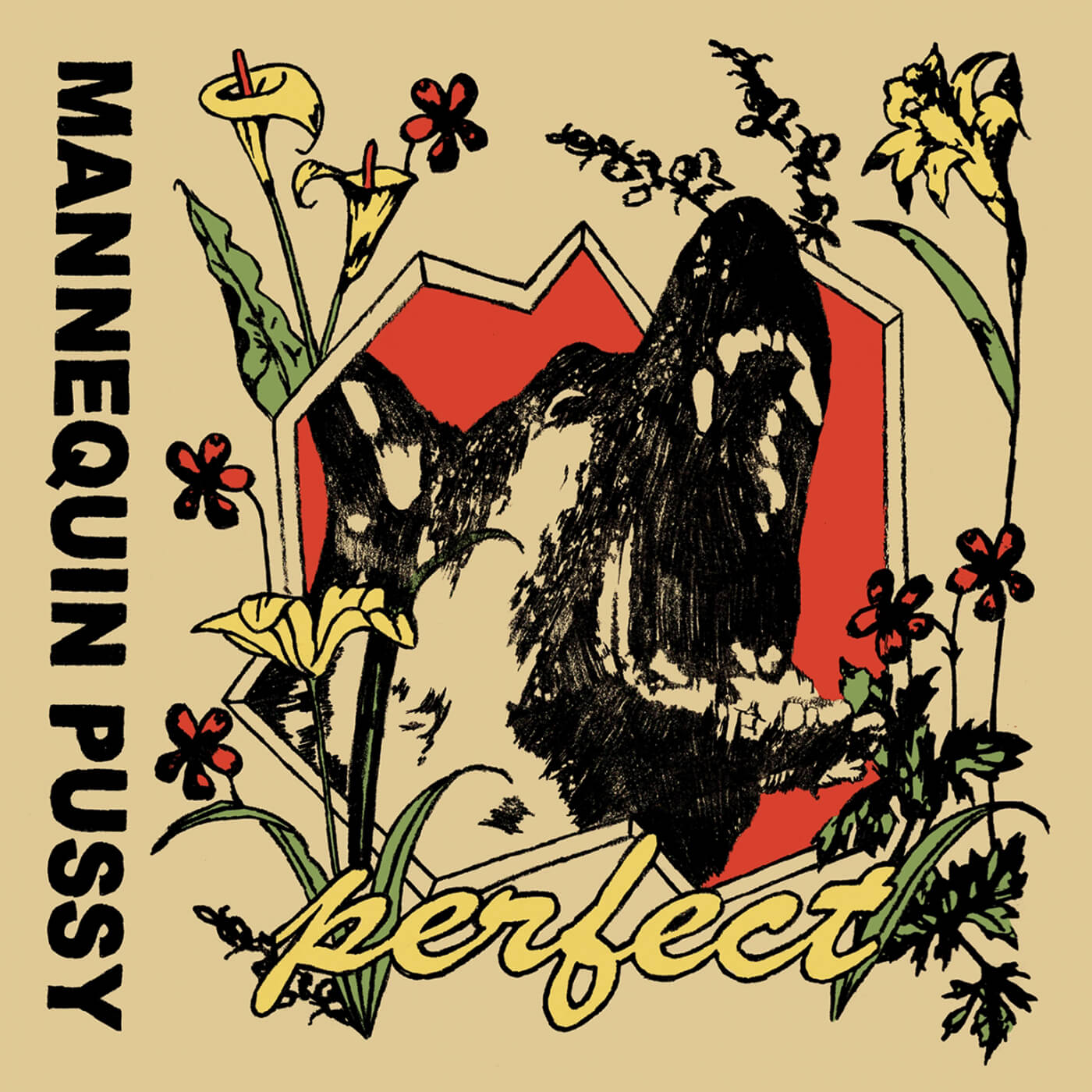 The first two songs they conjured in the studio, Perfect and Pigs is Pigs, jagged back against the Control blueprint in thrilling fashion, dredging up their sharpest edges in a way that feels celebratory: muscle memory in action after so long dislocated from something you care deeply about. “We went right back to our more aggressive tendencies, our quick, short, emotional bursts,” Missy says. “I think they were much more a part of our early work. Patience has those moments, but we really went all over the place. With this, we got in there and that was our first instinct, to write the super aggressive stuff.

“It was really fun to dust that off, play fast, and loud, and scream again. What’s the thing that you can’t do? I’m definitely not screaming. I have neighbours. I’m definitely not playing guitar really loud. I have neighbours. I can’t play with the people I love because we can’t even see each other. It makes sense to me that those were the first things that came out. Looking back on it, besides the time I took acid last year and floated in a lake by myself, I felt the happiest in the studio, just creating again and getting to be with the people who inspire me.”

Among them was guitarist Athanasios Paul, whom it recently emerged had quit the band. Perfect is his swansong with Mannequin Pussy. “That’s part of what’s so strange about this story,” Missy says. “Being in the studio with Thanasi, who’d been in the band forever, is when we started realising he didn’t really want to do it anymore. I feel really lucky that we had that time, and we did make this thing before he left. We can look back on it as the end of this era and the beginning of the next one.”

The next era will feature a gear shift that has been a long time in the making. Dabice has long played Fenders – beginning with a Squier Strat in her teenage years – but set them aside on Perfect in favour of thinline triple-humbuckered charms of a Nash Wayfarer. “It’s a beautiful sounding guitar, a beautiful looking guitar,” she says. “I feel sometimes that a new piece of gear gets you to want to write music in a different way. That’s something that [Bad Religion guitarist/Epitaph founder] Brett Gurewitz told me: if you’re ever feeling creatively stuck, get a new piece of equipment.

“This was also my first time getting more into the pedal and synth world. We’re trying to get farther away from the idea of everything we make in the studio being something we have to faithfully be able to recreate with just our instruments. We’re allowing ourselves to be more open to technology and experimenting more. It’s not that I think this EP is very experimental, but there are new elements. I used a Strymon Big Sky pretty much all over To Lose You and Darling and Control, for that shimmery effect. Adding more beautiful sounds, when we’ve shied away from them, is kind of a nice way to look at music again.”

Once all this is over and shows are a thing people do, Mannequin Pussy will reset and reconsider how they’re going to approach their live sound. It’s unlikely that they’ll remain a three piece, even if they’d make for a killer power-trio. Dabice is a magnetic centrepiece for the band, all squalling noise and throat-stripping yells, while Regisford channels a mountain of gritty, overdriven bass mayhem. Kaleen Reading is a monster drummer who plays as though her kit has wronged her. And not in a former life. Today.

“We can’t possibly play as a three piece and sound the way that we want to sound,” Missy admits. “We’re going to have to have a person play with us, and the goal is eventually to have two different people play with us so we can really expand what we’re capable of doing live. Our goal is to be one of the best live bands that there is. How do we push ourselves? It’s a little bit limiting to realise that just as a three piece, we want to think bigger than that.”

Mannequin Pussy’s Perfect is out now through Epitaph Records.