With 2018’s concept album A Dying Machine, Mark Tremonti’s solo endeavour garnered renewed critical acclaim. We speak to the former Creed and current Alter Bridge guitar star about how his gear and prodigious playing technique have evolved across all his varied projects and collaborations. 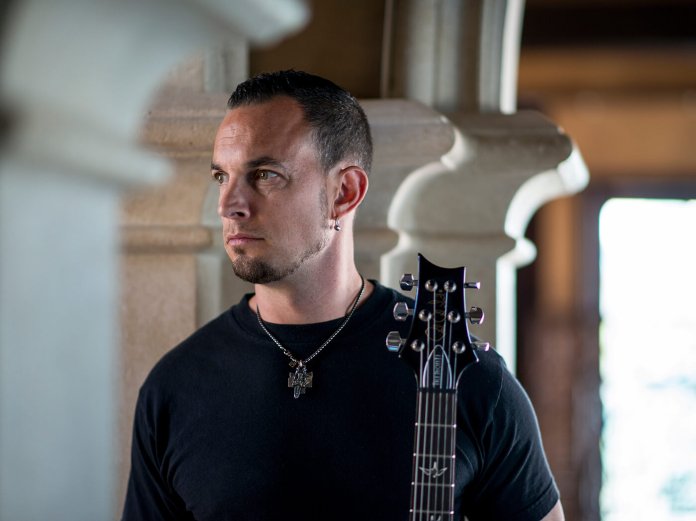 Mark Tremonti is the archetype of the eternally busy, globetrotting guitarist: when he isn’t recording and touring with Alter Bridge – the band he formed in 2004 with celebrated frontman Myles Kennedy – he takes up both lead vocal and guitar duties with his solo project, Tremonti.

The act’s fourth album since 2012, last year’s A Dying Machine, is a sophisticated concept album. Its dystopian, future-tech preoccupations are reflected across a record that successfully blends Tremonti’s full-throttle riff-rock with moments of melodic and acoustic introspection. It’s a satisfying and rewarding listen, with many fans considering it the band’s strongest release to date.

As well as making a compelling case for Mark to be considered a great rock singer as well as one of the world’s finest rock players, the album also showcases his writing talents in the accompanying full-length novel, co-authored by Tremonti with cyberpunk novelist John Shirley. We caught up with Mark in Amsterdam, shortly before the final show of his recent European tour…

The latest album features a lot of powerful and intriguing vocal melodies, sometimes reminding us of Devin Townsend. Who are your vocal influences?

“I don’t know if I really had any vocal influences. I grew up a fan of 70s soft rock, and when I was a kid driving in the back of my parents’ car, they would always listen to Rod Stewart, Gerry Rafferty, Steve Miller band or Bob Marley. Then I got into heavy metal and speed metal and since then, my world is trying to combine those two elements: the big melodies mixed with the more aggressive, energetic guitar playing.”

There are some intricate vocal harmonies on the new album – sometimes they’re as important as the main vocal hook. Do you spend a lot of time writing harmonies?

“Yeah. There are certain songs where the harmonies are worked out beforehand. A lot of the harmonies happen in the studio and on this record Eric [Friedman – backing vocals/guitar] also sang: you can tell when they’re his harmonies, as they’re really high and his voice is much different to mine. But he’ll go lock himself in a room in the studio and he’ll just sing his harmonies and Elvis [Michael ‘Elvis’ Baskette, producer] will mix them later on, so he’ll give lots of options for the harmonies. We’ve done this so many times now, we kind of have a system.”

This is your fourth album with producer Michael ‘Elvis’ Baskette; what brings you back to working with Michael every time? 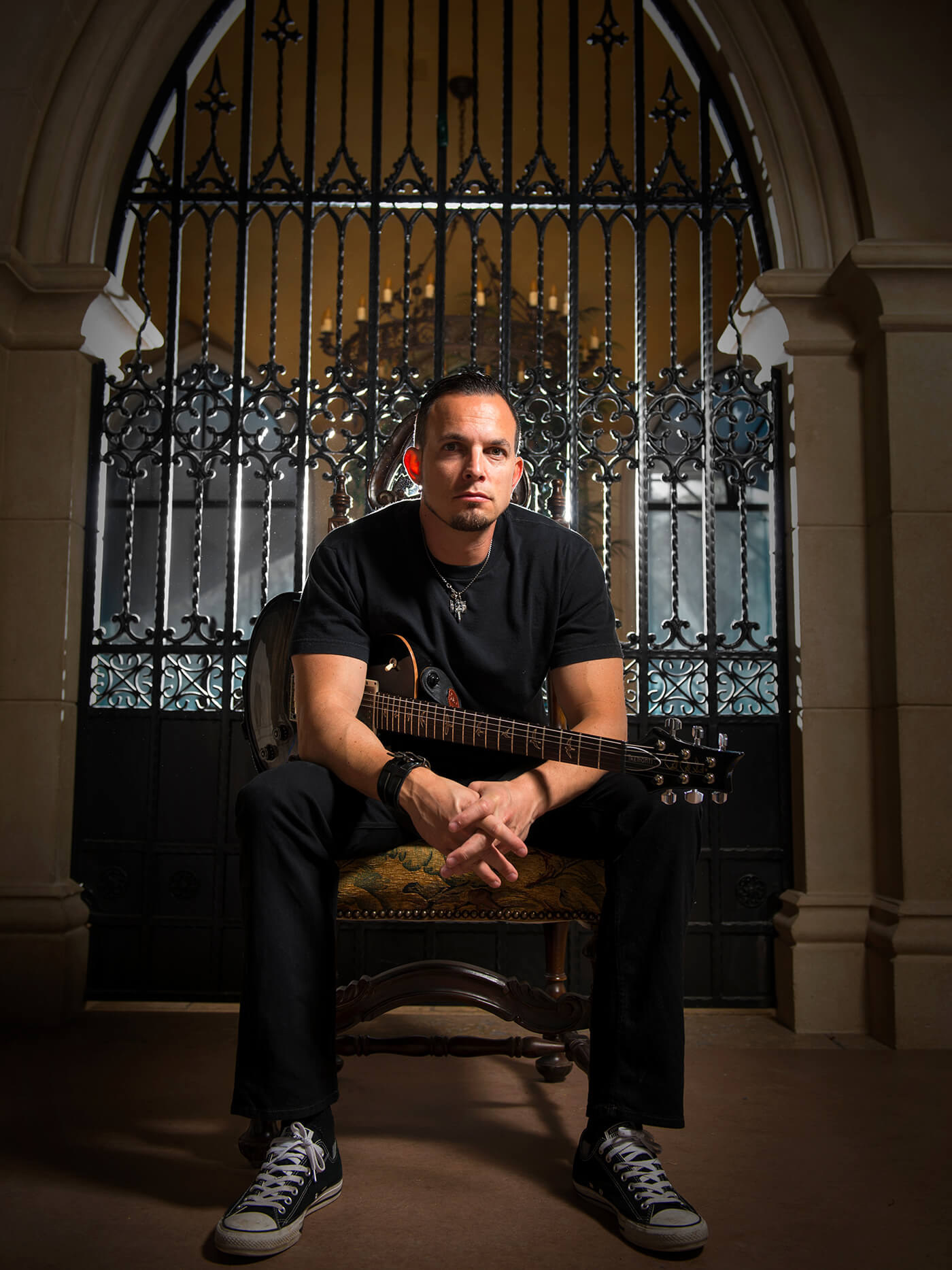 How much improvisation and writing goes on in the studio?

“This record was completely written before we hit the studio – the arrangements, the melodies, the lyrics; every bit of it, except for some of the guitar solos. Everything was written so we could hit the ground running.”

Talking of solos, on the previous recordings, they sound composed, whereas those on A Dying Machine sound improvised. Were they?

“There’s moments here and there where they are improvised, but for the most part, I like to have my tent poles for the solos. So, I have the main statement pieces for each solo that tells a story and sometimes, I’ll leave myself a little space to experiment within those poles, but for the most part, I like to come prepared into the studio. If I’m not having a good day improvising or whatnot, I want to put my best foot forward, so I always prepare something regardless of whether I try to do more or less improvising for that track.”

Given the genre, the songs on the album are very much riff based – so what constitutes a good riff for you?

You used some down-tuned guitars on the album; what tunings were they in? 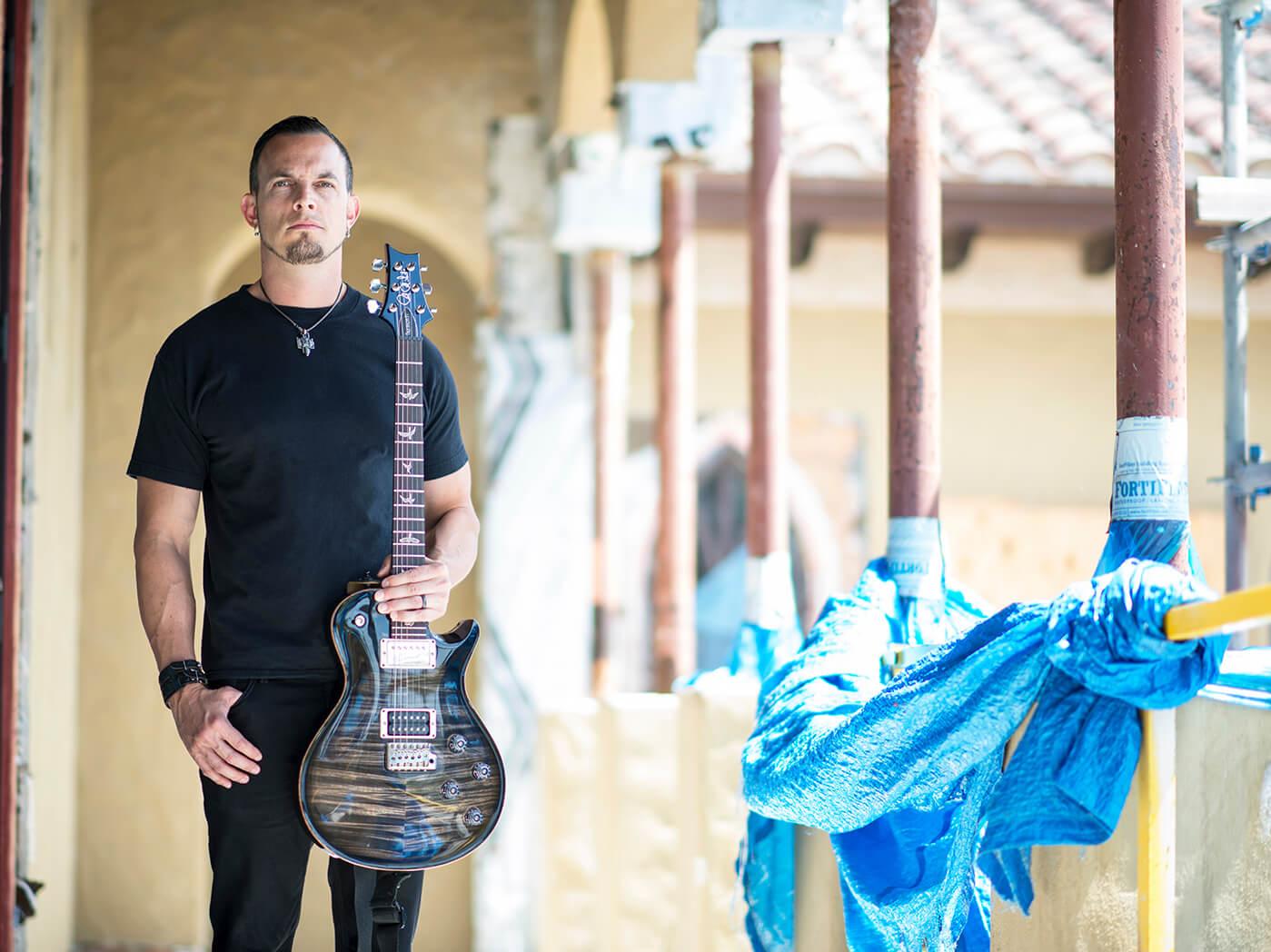 “Gosh, so many different tunings: every record I’ve ever done has had a big variety of tunings. The biggest difference on this record from anything in the past is that there’s more songs in standard tuning. Songs like Bringer Of War and Take You With Me are in standard tuning. I think there might be one more, maybe From The Sky is in standard, but Drop D standard.

“A lot of times, I’m having to tune down for my voice, but on this record, I had, like I said, three maybe even four songs [in standard tuning]. As The Silence Becomes Me is a very different tuning for me that I’ve used once before, on This Side Of Fate from the last Alter Bridge record. It’s tuned way higher than we did in Alter Bridge: it’s kind of tuned above standard on most strings, but hard for me to explain, as I can only tune it that way by ear. Trust is another song with a new tuning I’ve never used before.

“With me, I’ll write a song and I’ll hear a melody play out in my head and then, if my fingers and the guitar layout is such that I can’t play the song, I’ll tune it differently so I can play it. With Trust, I heard this open, natural harmonic line that just wasn’t working out because the low string was off a whole step, so I just tuned the bottom string up to F#. The whole guitar is tuned down a step-and-a-half and then I tuned the bottom string up a whole step from there. When you do those things, your chord voicings – and certain open strings or whatnot – just sound great and different, and give you a big open canvas when you’re writing.”

Some players tune guitars to their song ideas and many use tunings such as open C to inspire new song ideas. Do you ever try different tunings just to see if it inspires you?

“That’s all I ever do, yeah! If I didn’t have alternative tunings, I would have run out of ideas a long time ago! When I sit down and write, I’ll pick up my guitar and play with whatever tuning it was in when I last played, and as soon as I hit a wall, I’ll tune it to the next closest tuning I enjoy and then I’ll keep going from there. Every now and then, I’ll hunt down a new tuning that I just kind of stumble upon. The more I do that, though, the harder it gets live, because I have to keep on backing up guitars for these new odd tunings. So I’ve got to travel with a lot of guitars.”

How many guitars are you taking on the road?

“I fly with nine guitars just for me, and then Eric’s got about seven guitars. So we’ve got a whole load of guitars, just because now, when I do the seltist, I have to put the songs back to back that are in the same tuning. So the longest spree of songs on the entire 21-song set is a four-song piece that has the same tuning (which I think is C# standard). It’s hard, because there’s a lot of breaks in between songs when you’re changing guitars.”

If you’re working with C# tuning, do you have any baritone guitars that you bring out on the road? 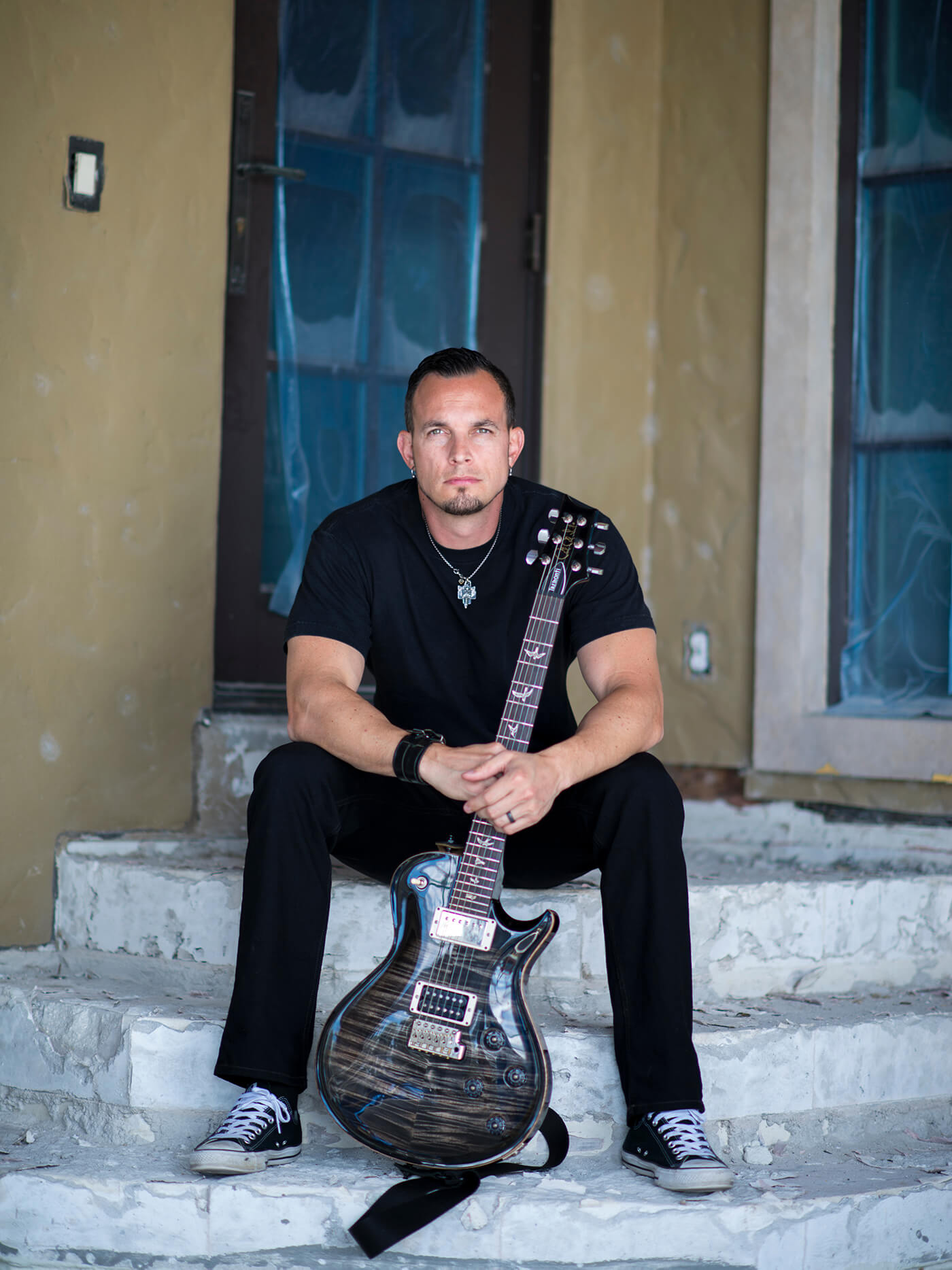 “I have a signature baritone hybrid that sits most comfortably in C# standard; anything that’s lower than that, I just use that guitar. I think the lowest I go is about a step down from there.”

Has your signature MT15 been working out for you on tour?

“I can’t use that on tour, because I don’t use in-ears so I need a louder amp for the stage. That’s my go-to amp in the studio, when I’m practising, rehearsing or whatnot. I’ve been pushing for an MT100, but nothing’s come out yet…”

So what amps are you using live at the moment?

“I’m using a Mesa-Boogie Revision F two-channel Rectifier, and I’m using a PRS Archon together. I use an ABY box so I can play them simultaneously.”

The Archon is quite a unique-sounding metal amp..

“Yeah, for me, it’s hard to find an amp that does a big heavy rhythm tone and at the same time does a lead tone that’s not shrill. I think it’s a good combination of something that’s heavy that still has a nice lead tone to it.”

What kind of effects are you running through the amp live?

“I put a delay in the Archon loop, and the Mesa/Boogie is completely dry. I’ve got the simplest rig out of almost anybody I know – I have a wah and an overdrive pedal. I also have a Uni-Vibe and an octave pedal, but I never use them, so they’re just kind of there in case I feel like doing something different.”

Have you experimented with any of the digital modellers, such as Fractal’s Axe-Fx or Kemper’s Profiler?

“My other guitar player, Eric, uses a Kemper. I’m a purist, you know: I love a tube amplifier. I have an Axe-Fx at home and I like it for creation, I like to just scroll through all the presets and it makes me play different things and whatnot. But for a live setting, I don’t think I’d ever use just a digital tone. If I ever did use that on stage, it would have to be in combination with a real amplifier!”