“I spent seven hours in the shop, so I think they hate me now!” Maya Delilah on loops, learning and being very picky about her guitars 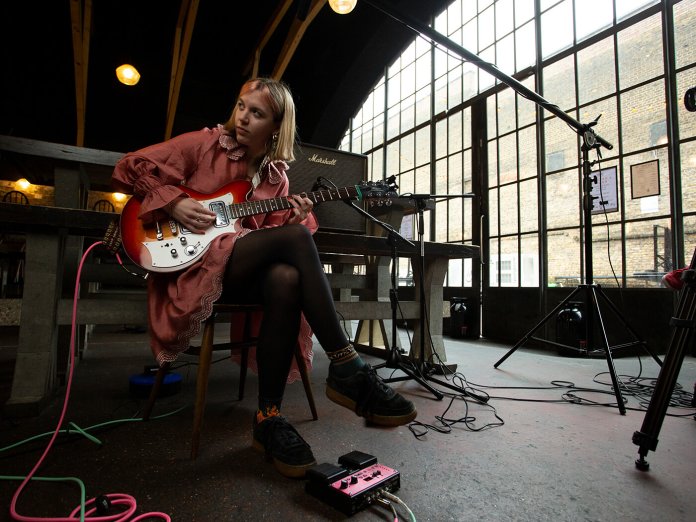 Maya Delilah has got something to prove. Over the past couple of years, the London-based, self-professed “guitar expert” has been riding a wave of serious hype, thanks to her status as not only a Marshall Spotlight Artist, but a BRIT School graduate, too.

But the bubbling pressure hasn’t held her back – Delilah’s expressive debut EP, Oh Boy, is a colourful melange of her lo-fi jazz, pop, R&B and ska influences, which come to life via her diaristic, playful songwriting. In short, the five-track collection reveals a self-assured artist ready to take the jump towards singer-songwriter stardom.

Guitar.com caught up with Delilah to discuss the new EP, her blossoming relationship with Marshall and how she is spreading her love of guitar further afield…

When did you start playing guitar?

“When I was eight years old and my sister was 11 years old, we both started having guitar lessons. I just thought that the instrument was the coolest thing ever. At the time, it was obviously a bad thing that playing guitar was seen as a guy’s passion, but I was really into playing with gender stereotypes as a child. I took piano lessons first, but became attracted to the guitar after my sister started playing.” 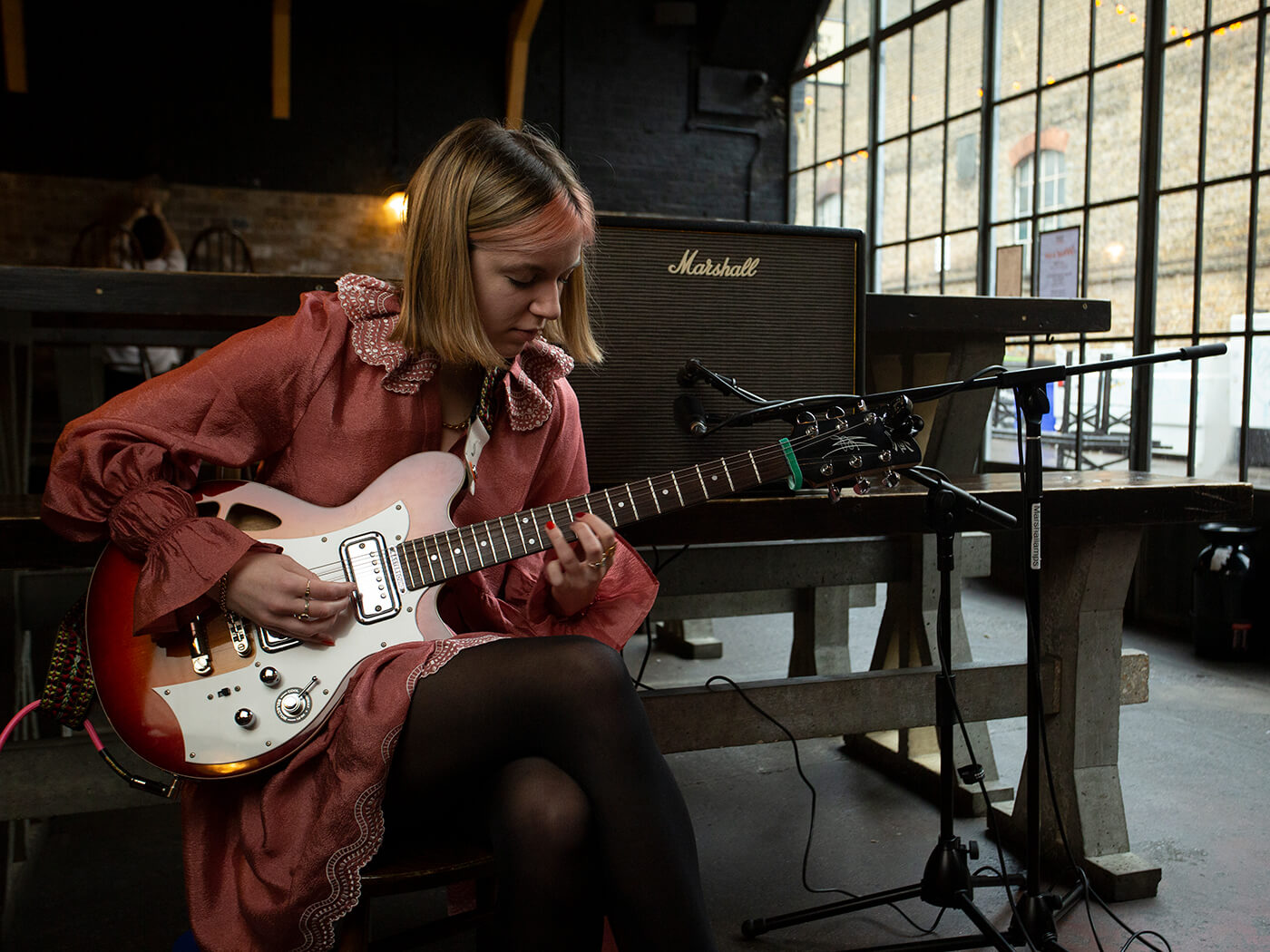 “My guitar teacher didn’t teach me in a very common way and I was quite stubborn about scales; from playing piano prior to guitar I knew that scales didn’t stick in my head, and I also struggled to read sheet music. I said to my teacher, ‘Can I pick a song each week and we learn it?’, so whatever I was listening to at the time would be taught back to me.”

Was there anyone in your life that encouraged you to pursue the instrument?

“I quickly overtook my sister in terms of ability, even though she had been playing guitar for longer than I had. My parents and teachers were so impressed, and all of that hype and attention made me want to carry on playing. During secondary school however, I applied for a music scholarship and it wasn’t granted, which knocked my confidence a bit, so I moved into dance for a while. I still just wanted to play guitar, so I went to the BRIT School to study music at Sixth Form, and that decision helped me to put all my eggs into one basket and focus on guitar.”

What were your guitars and effects pedals of choice for recording the EP?

“The guitar that I use the most is a Maton electric with a semi-hollow body, which has a jazzy sound. I bought it around two or three years ago, and it is my only other electric guitar. I was very picky and spent seven hours in the shop, so I think they hate me now! I like to use warm, clean reverbs and anything that isn’t too distorted. I am also obsessed with building up loads of guitar harmonies, so a lot of the instruments that you hear in my songs and may think are synths or pianos, are actually guitar leads. Most of the instruments on Tangerine Dreams, the first song that I put out, are guitars, apart from the drums.” 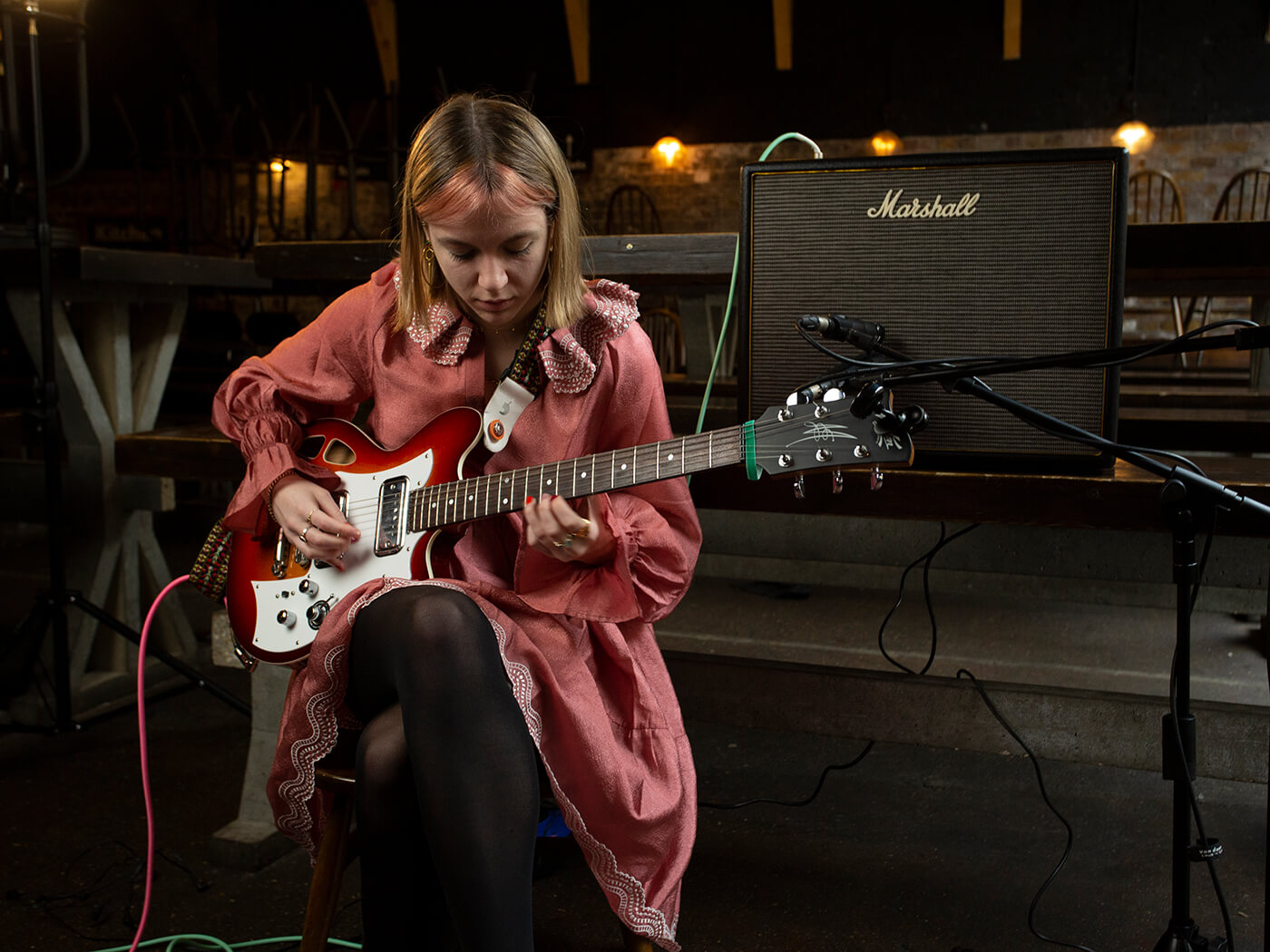 Over the past year, you amassed a large online following. Has this added to the pressure of releasing new music?

“The experience has been strange. My following started to build when guitar pages started to share my videos and loops. I have always found that my Instagram has been a tricky balance because I want my followers to know that I am more than a guitarist; I know that I need to show personality within my posts, because it gives dedicated followers and fans a better insight into who I am as a person. This has been quite difficult, because it is hard to keep the people who just want to listen to your guitar videos engaged, alongside trying to get people to buy your merchandise, come to your shows and listen to your extended musical projects too.”

You also run Table Time, a series of YouTube videos where you demonstrate how you improvise and build a track using just your guitar and looper, what made you want to start doing this?

“Table Time started because a lot of comments that I got on my Instagram videos were from people who were getting annoyed at the fact that I was only sharing 10 or 15 second loops. I did guitar lesson livestreams for a while when lockdown first started. As a result, I get a lot of messages on Instagram asking if I am able to do professional guitar lessons. I have always felt like I am not the right person to teach people because I don’t know theory, and I learned the instrument in such an unconventional way. However, I am looking to do some one-on-one lessons soon in order to raise money for Black Lives Matter.”

In March, you recorded a session with Marshall as a Spotlight Artist. What has your experience of working with them been like?

“It was such a dream come true to do a campaign with Marshall Amps. The team that coordinated my campaign were all so lovely and kindly gifted me the Origin 20C amp, which is now my absolute go-to amp. I also thought it was pretty cool that they based the majority of the campaign and interview around my artistry and me as a guitarist.”

In the past, you have spoken at length about wanting to combat the stereotype of guitar being primarily an instrument for men. Why is this so important to you?

“I think it is so ridiculous that guitar is assumed to be a ‘male instrument’, and I have had my fair share of sexist comments over time. From things such as ‘Do you want me to tune your guitar?’, or asking me if I know how to work an amp, or even nasty comments and messages about my ability. I know first-hand how these experiences can knock a young girl’s confidence when they are starting out. I want to show girls that they don’t need to listen to these stupid comments. I hate how this stereotype even exists in the first place, and I want to help and be part of this change.” 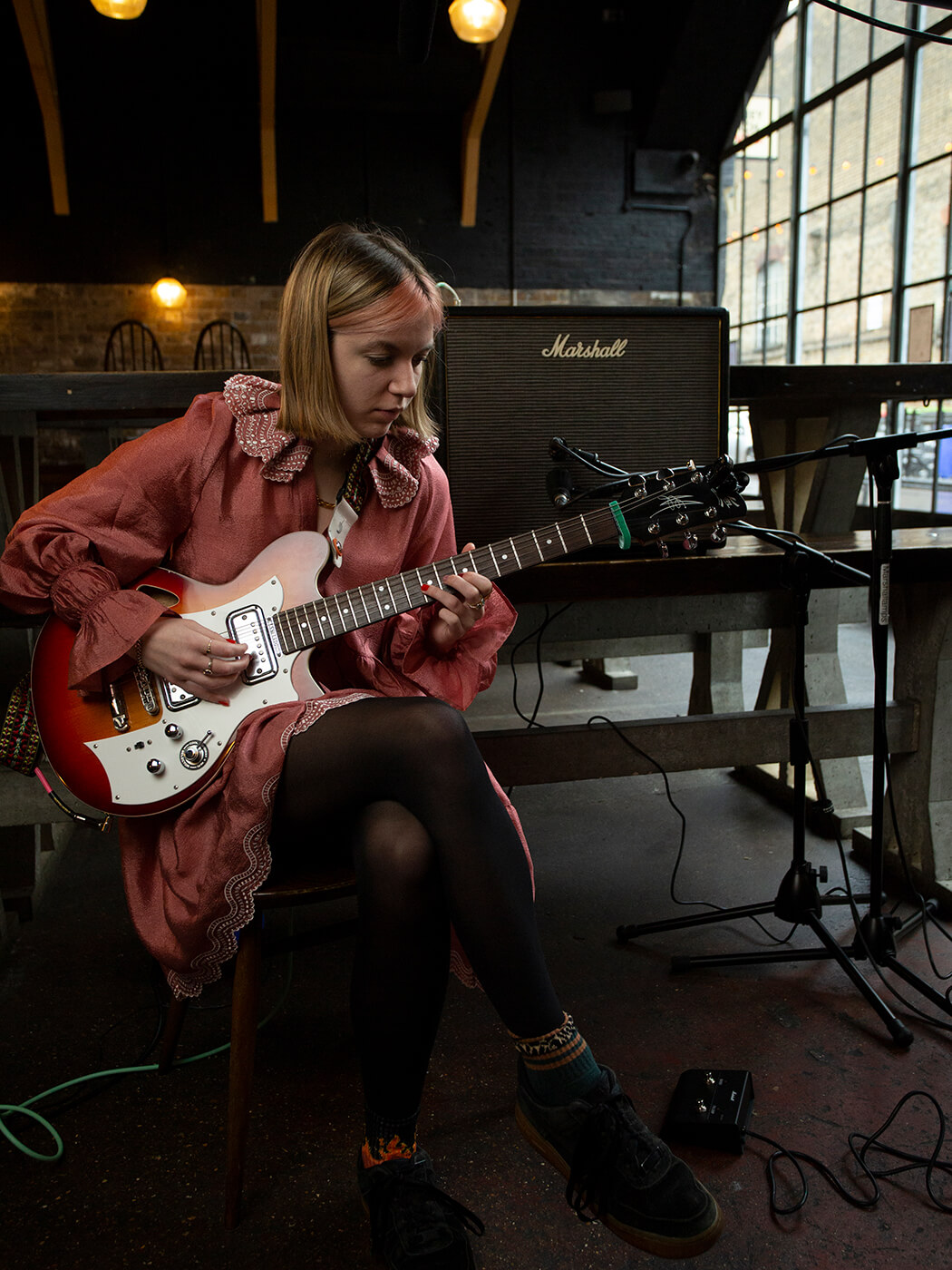 What do you hope to achieve following the release of ‘Oh Boy’?

“I hope that I will be a little bit further along in terms of my following, and I want to play more gigs. Before lockdown, it was nice to see strangers coming along to my gigs who had found my work online. I just want my guitar videos to be further afield, and I want to keep helping young girls to play along.”