In his latest column exploring the next generation of African guitar heroes, Deo Salvator catches up with Kenyan guitarist Ivy Alexander. 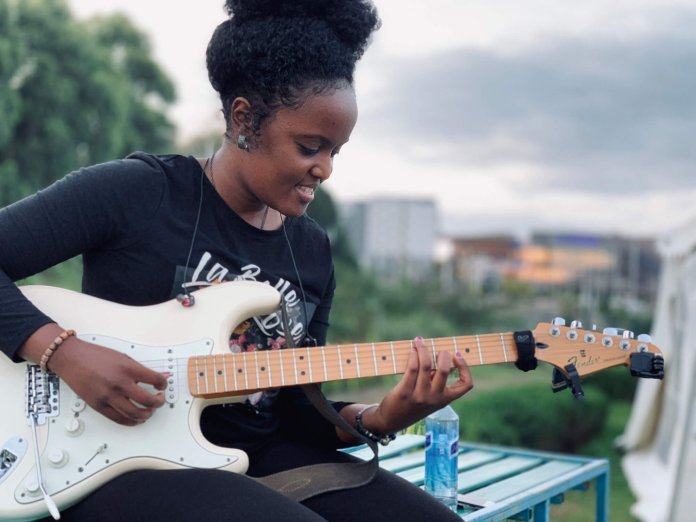 Welcome to the first edition proper of Guitar Tales! This month I’d like to introduce you to the soulful and skillful Ivy Alexander – a Kenyan artist who was born and lives in Nairobi. One of East Africa’s finest guitarists, Ivy has for some time now been challenging ignorance and changing narratives regarding  women in the music industry through her mastery of the instrument.

Ivy grew up with guitar all around – her father played, and much of the music that was listened to in the house when she was a kid was often guitar-oriented. Since then, she has been influenced by gospel artists around the world and jamming some songs of Jimmy DluDlu, Jonathan Butler, Paul Jackson Jr, Mateus Asato, Mark Lettieri, Kato Change and Benjamin Kabaseke; the latter of whom are Kenyan powerhouses

In time neo-soul grew on her and just became one of her favourite styles and approaches – around the time that Instagram first started allowing users to post videos (but only 15-second ones!) it felt like neo-soul grooves were everywhere, and she soon became swept up in it herself. Nowadays, her style draws from that, as well as various other influences, mainly R&B and African rhythms.

“As an African female artist, it was not easy being looked down upon because in our African setting, ladies are very rarely seen playing instruments,” she explains of her journey as an artist.

“So in a couple of instances, I had my guitar taken out of the monitors. Other times artists would come for rehearsals and when they would see me there with my whole rig already set up, they’d ask the music director, ‘Where’s the guitarist?’ but this has since changed.”

It is a testament to her determination and character that she’s built a career in the face of this, and is causing attitudes to shift as a result. She has played and recorded with Kenyan musicians like Noel Nderitu, Rigga, Karun, Xenia Manasseh, Alice Kimanzi and many others. 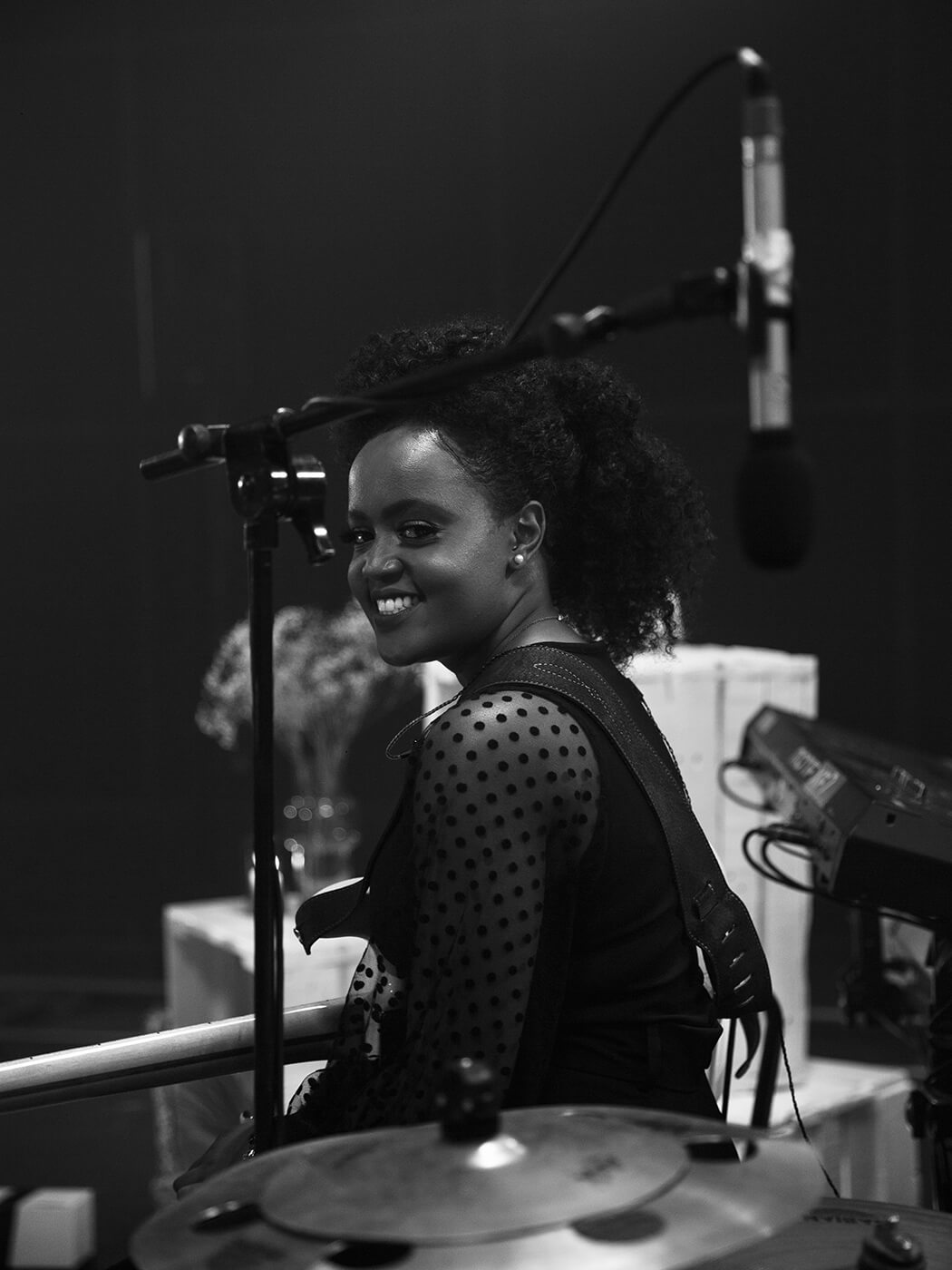 Through the British Council, she also collaborated with a group of UK-based jazz musicians as part of the 2018 Safaricom International Jazz Festival, while she was also the house guitarist for the 2018/19 Coke Studio Africa season and she was a fellow in the US Department of State’s OneBeat music program in 2019.

When it comes to gear, there’s no question that her Strat is her pride and joy, though she also makes use of an Ibanez semi, and a nylon-string. The Strat goes into a DigiTech RP-1000 – a deadly combo whether on stage, in the studio, or for her rigorous daily practice schedule.

Her career highlight so far has been the travel that her gift has enabled her to do – she’s visited the USA, Ethopia and Vietnam – and seeing the impact the guitar has had on her growth and on the people around her. 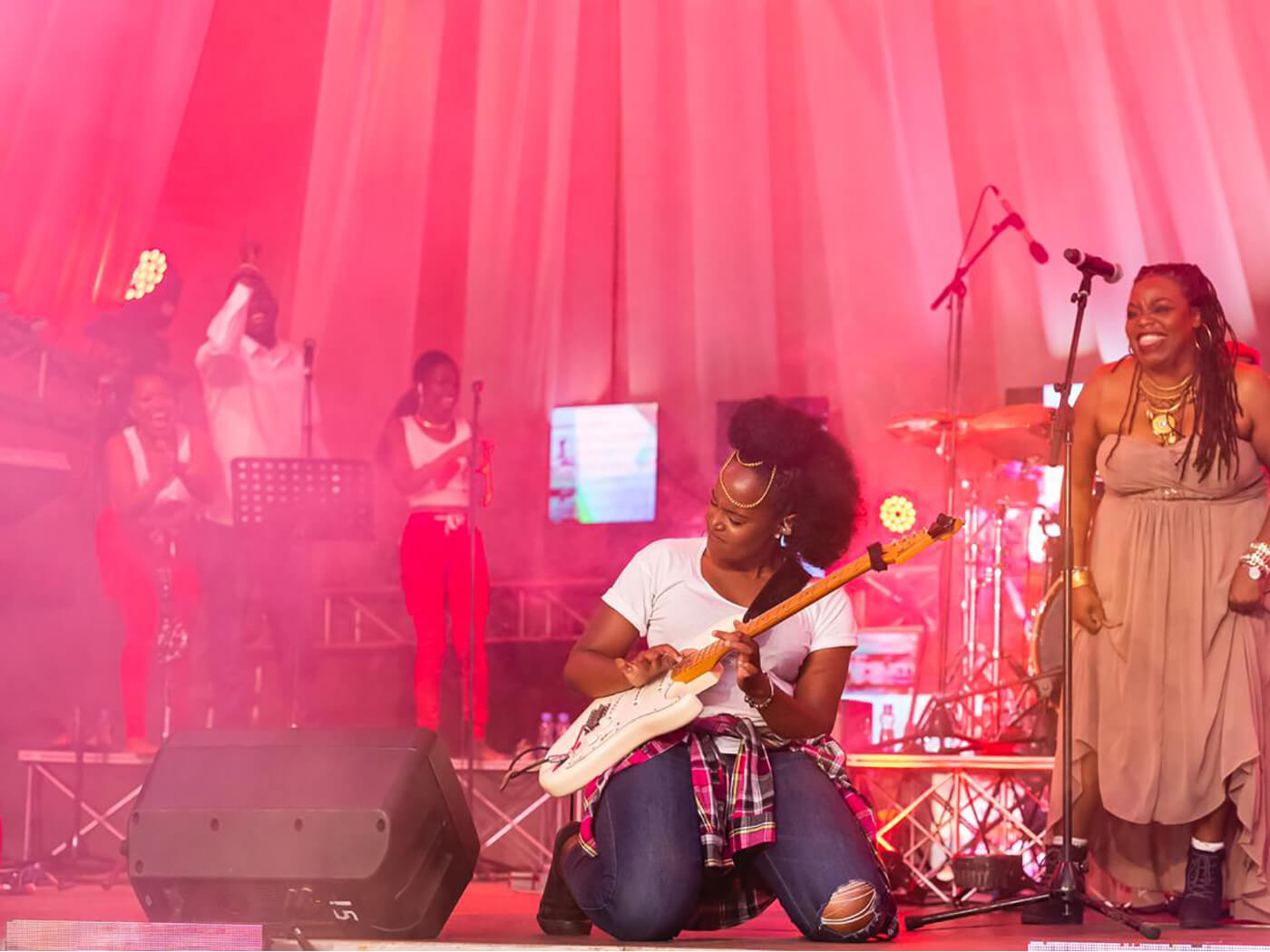 “Sometimes a melody comes before or I could be playing around with a chord progression,” she explains of how she creates. “I lay it down and build a melody around it as I stay connected by constantly keeping in mind what led me to why I was writing.”

Ivy has recently released a debut EP of six songs entitled, Majira, which literally means ‘Season’, it features some wonderful guitar playing, as well as excellent contributions from some great Kenyan artists and producers. It’s available on all the usual digital streaming platforms, so do check her out and catch on to the whirlwind while you can!