On his new long player, Little People, the Berliner aims to celebrate the colour that both children and minorities bring to life. Below, we discuss working in a trio and how his ES-175 has the sound he hears in himself. 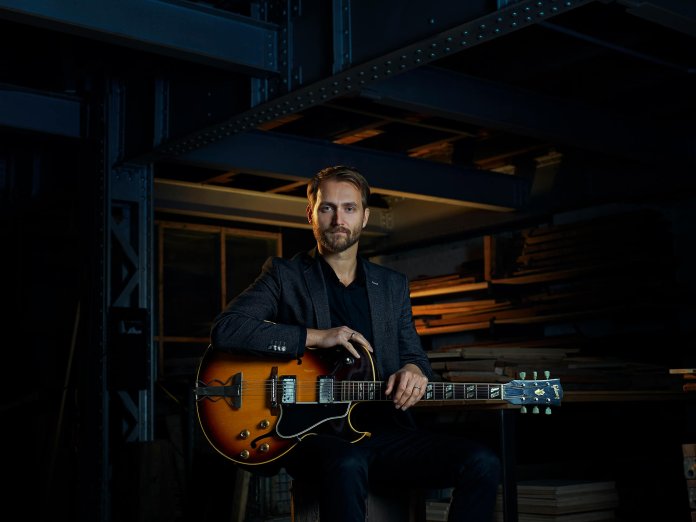 You studied under the tutelage of jazz guitarist and composer Kurt Rosenwinkel. What was it like learning from him and how does he influence you?

“I was, and am, a big fan of Kurt Rosenwinkel’s music. Therefore, it was a great pleasure and honour to study with him. From him I learned to completely focus and concentrate while playing, as well as thinking several measures ahead while playing. Also, at that time I began to play only what I really hear inside. Kurt’s seriousness and strong commitment to jazz were impressive.”

This is an intimate record, containing just seven songs. Why did you choose to arrange it in this way?

“My last album, Bloodline, was already in the intimate setting of the trio with Andreas Henze and Tobias Backhaus. I like the sound of the band and I had the feeling that our journey with Bloodline wasn’t over yet. It was quite clear that Little People should also happen with this line-up. I love playing in a trio; it’s very challenging, at the same time there’s a lot of room to try things out and let unexpected things happen. Every player in a trio is enormously important.”

You also mention that the album celebrates the people that bring colour to life. What made you want to represent those through song?

“Little People relates very much to life with my children and family. For me, children are the greatest thing. There’s always something going on. Life with them is exciting, not always easy and also demands a lot, but it’s always very enriching, even if you have to do without some things. In addition, Little People’s dedicated to all the ‘little people’; minorities, people who are not heard or seen, creatures who may need help.”

Your repertoire spans numerous genres on the record, from contemporary jazz to Americana. Can you tell us more about your inspirations and how they’ve helped form your own style?

“My musical influences are very diverse. On the one hand, I have a strong connection to bebop and modern jazz. This music is certainly my biggest influence and still moves and occupies me very much today. The music of John Coltrane, Miles Davis, Pat Metheny, Charlie Parker, John Scofield, Oscar Peterson, Wayne Krantz or Peter Bernstein inspire me very much. Besides that, I always listened to and played a lot of blues, country, and rock music. Influences here are Sting, Peter Gabriel, Keith Urban, B.B. King, Eric Clapton, Joey and Sonny Landreth or Derek Trucks. My third great passion is flamenco. I love Vicente Amigo, Antonio Rey, Paco de Lucia or Tomatito. All these different genres somehow come together in my music.” 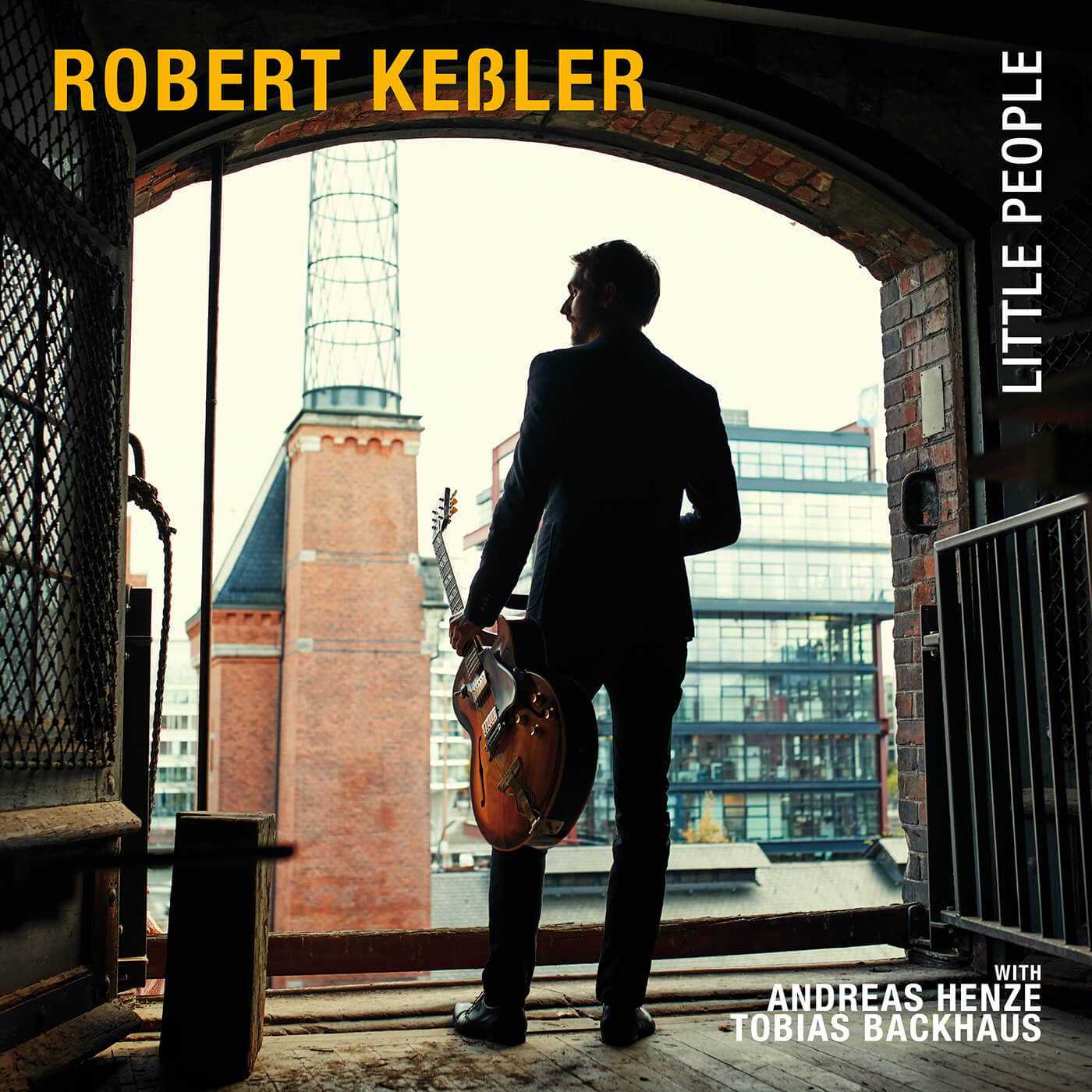 This is the second album you’ve composed alongside Andreas Henze and Tobias Backhaus. What is it that they bring to the music, and how has your relationship developed over the years?

“I’ve known both of them for a very long time. With Tobias I studied at the Jazz Institute Berlin and with Andreas I played in Lily Dahab’s band. Both are incredible players. Without them the albums would not have become what they are today. Andreas has a beautiful tone, and plays great solos. Tobias is so incredibly creative, has amazing ideas and great energy. I really enjoy playing with them and I’m glad that they enrich my music so much. Besides that, they are also really great human beings.”

Elsewhere on the album we see you revisit Le Pull Vert, the first song you composed. What was it like revisiting that piece of music during the recording process?

“That was very exciting! The song has been with me for quite a while and I originally composed it as a relatively fast 3/4 waltz. But through the various influences of the last few years, unexpectedly I thought about putting this song in the direction of Americana, very slowly and with many quiet moments. I think the number has undergone an exciting change through this and I’m quite happy with the result.” 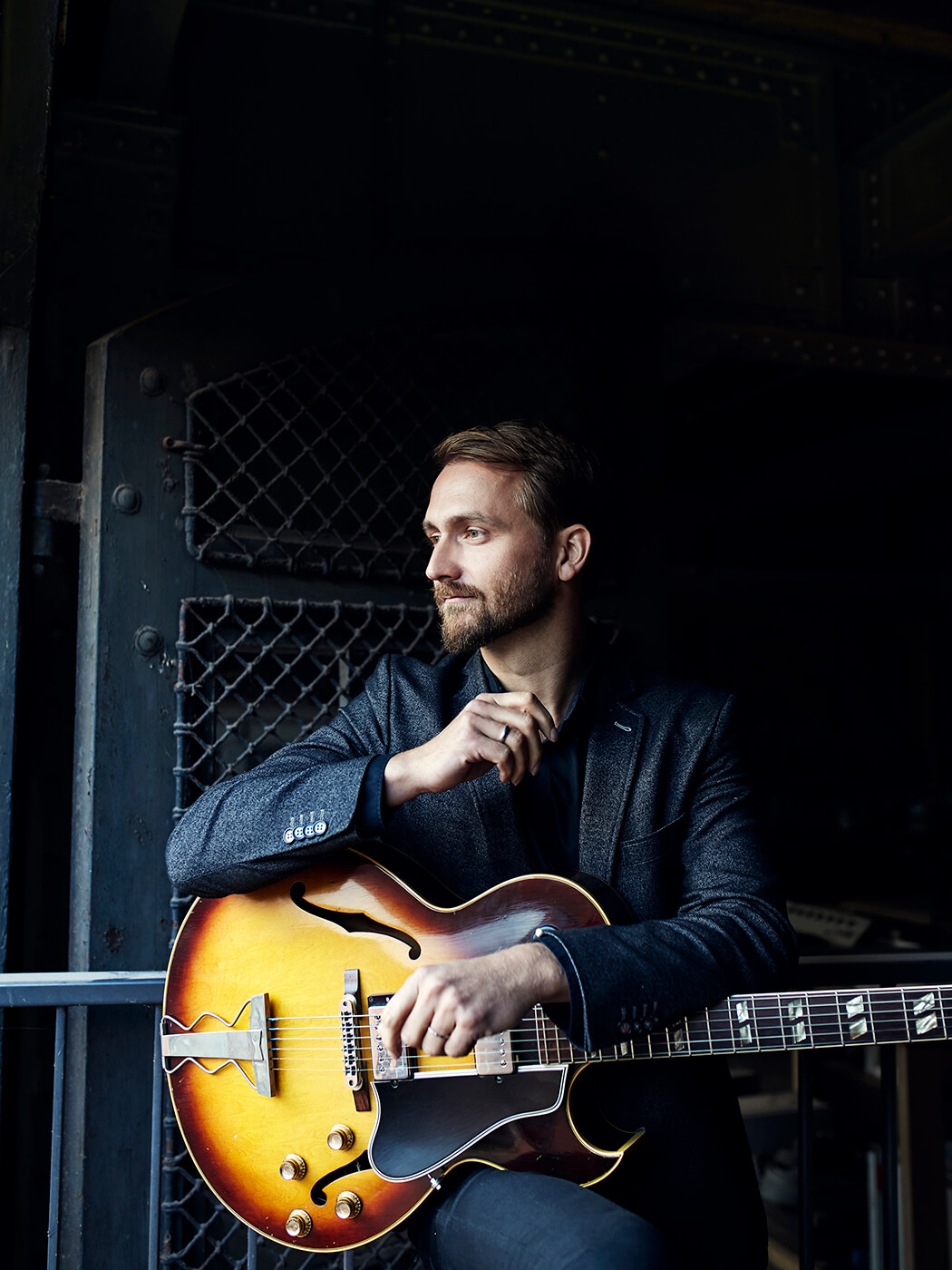 Your guitar of choice on Little People is a Gibson ES-175 from 1963. What is it about this particular instrument that keeps drawing you in?

“This guitar is the absolute dream. Through various unexpected ways, the guitar came to me and from the first moment everything was just right. It plays like a dream, has exactly the sound that I hear in me, it’s light and looks insanely good! The sound has many aspects of an electric guitar, like assertiveness and punch. At the same time, there is a lot of wood in the tone and it resonates fantastically without becoming too acoustic and losing the qualities of the electric guitar. This balancing act makes it guitar perfect for me.”

Can you tell us more about any other guitars you used during the recording process?

“Next to my ES-175 I played a Martin 000-28 Eric Clapton. I also tried my great Moffa Maryan, an old ES-335 from ’67 and a Strat from ’64. Amp-wise, I played in stereo with an old Fender Vibrolux from 1966 and a Polytone. I use reverb and delay from the Strymon BigSky and Timeline. For dirt is use a Rocket Pedals Chicken Soup, a clone of an old Nobels ODR-1, JHS Morning Glory and a RAT. I also use a volume pedal, either from Ernie Ball or Lehle, a POG, EHX Freeze and an Ego Compressor from Wampler. It all goes through a GigRig System G2. Most of that stuff is only occasionally on, other than delay and reverb. For strings I also play Thomastik 12 George Benson Roundwounds or 13 Bebops.”