“It threw us for a loop”: Meshuggah’s Mårten Hagström on Fredrik Thordendal’s hiatus, inventing djent, and new album Immutable

When Fredrik Thordendal announced his leave of absence from Meshuggah mid-tour, his guitar partner Mårten Hagström was lost. We talk to him about finding his way back and becoming Immutable. 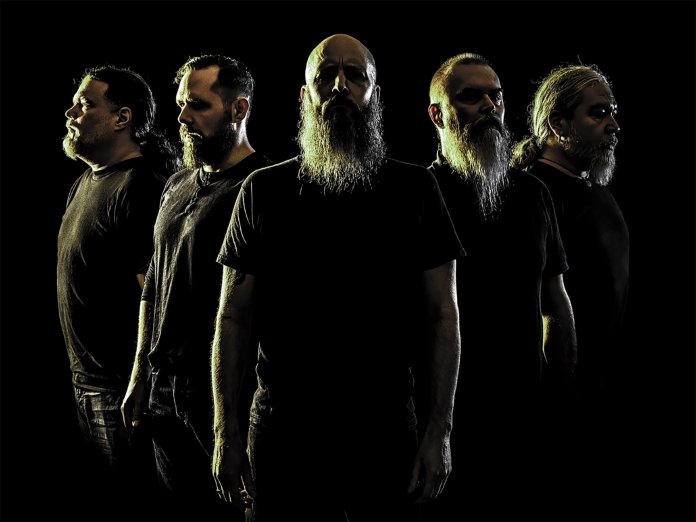 There’s something in the water in Umeå. It’s from this 90,000 municipality in northeast Sweden that Refused foresaw The Shape of Punk to Come with their game-changing third album. It’s also home to Cult of Luna, the most reliably brilliant post-metal band of the past 20 years. However, when you think of Umeå and heavy music, you think of its reigning governors: Meshuggah.

“It’s a university city, and it’s one of the biggest cities on the coastline of northern Sweden,” says guitarist Mårten Hagström, trying to explain how such a small spot can yield so much quality. “Tomas [Haake, Meshuggah’s drummer] and I aren’t from there; it’s one of those places you gravitate to when you’re younger. Plus, it’s up in the sticks! There are long winters, so there’s not a lot to do except rehearse!”

When Meshuggah exploded out of Umeå in the 1990s, nobody’d heard anything like them. Tomas’s drumming was mathematically wondrous but without sacrificing the simple snare smacks required for pulse-pounding metal. Meanwhile, Hagström and Fredrik Thordendal made guitar playing technical in a whole new way. Their skills rested not in their left hands, trying to out-shred the competition, but in their right: their twitching, erratic rhythm work. All of this from a music scene that, at the time, was barely done fawning over Nirvana.

Meshuggah’s idiosyncrasies resurface on Immutable. The quintet’s 10th album is the sound of a band comfortable with their own formula yet still teasing the boundaries of what they’re capable of. Listen to lead single The Abysmal Eye and you’ll be bombarded with eight-string guitar chugs, while Jens Kidman roars the house down as usual. Entries from Light the Shortening Fuse to Arms of the Preposterous follow Tomas’s typically experimental lead, glueing their basslines and rhythm guitars to his polyrhythmic patterns. Hagström even plays his parts on his most trusted instrument: a custom Ibanez M8M with a piezo pickup and bolt-on neck.

“Out of all the M8Ms or M80Ms that I have, that one is the best,” he says. “It’s my go-to beast – what I use when I really need to be comfortable. It sounds really good and there’s something to it; I just love playing that guitar.”

The curveballs come in the form of songs like They Move Below. The centrepiece of Immutable is a 10-minute instrumental that shifts between ominous arpeggios to stomping groove metal to shrieking lead lines. The album’s opener Broken Cog is described by Hagström as a “progressive stoner” jam. Open-string chugs kickstart the track and are eventually joined by whispering vocals in a break from tradition for frontman Kidman. Then there’s Black Cathedral, which eschews everything except the guitar for an interlude of nonstop tremolo picking. 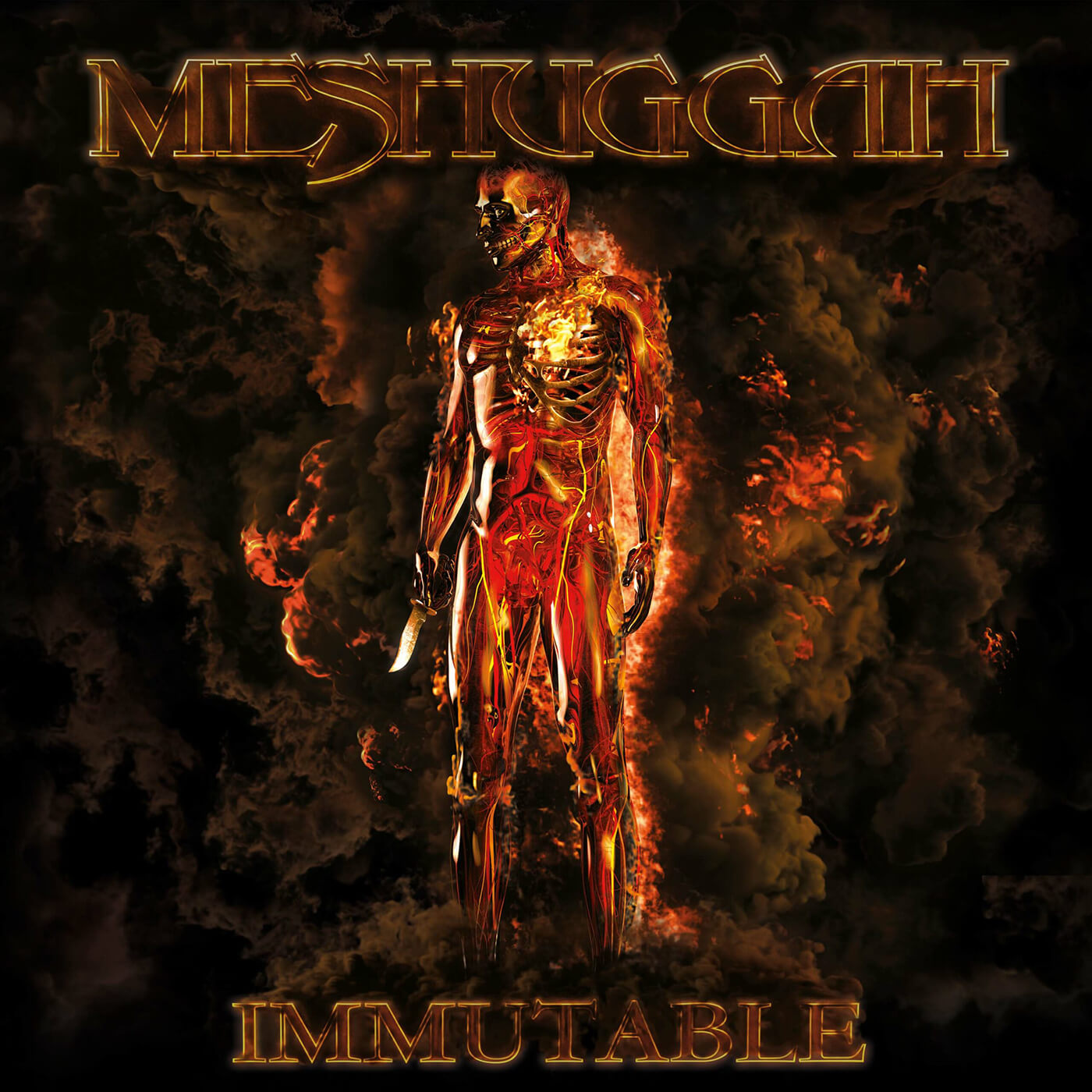 “From the outset, the one thing we really wanted to do was have as few filters as possible,” says Hagström. “When I wrote a song, I was totally unlimited until it was done. The other guys got to say, ‘We like this song’, or, ‘We don’t like this song’. There was no nitpicking. We wanted the songs to have their own faces. If two songs reminded you of each other, they were gone.”

According to Hagström, the key to Meshuggah’s pioneering sound has always been isolation. Not only did Umeå’s savage winters keep them cooped up rehearsing, despite the town being a hotbed for young creatives, there was no metal scene at the time. At the dawn of the 1990s, Stockholm was home to a vibrant death-metal culture led by Entombed and Dismember, before Gothenburg refined the game-changing “melodic death metal” movement around the middle of the decade. Those cities were miles away though: 400 and 610, to be exact.

“What was happening down in Gothenburg and Stockholm didn’t affect us at all,” remembers Hagström. “[In Umeå], there weren’t that many bands trying to do stuff that was extreme. And, if you’re isolated, if you’re an inquisitive and experimental person, and you meet up with other people who have the same passion, it forces its own bubble. We didn’t get exposed to whatever cool band played at the pub the other night.”

Hagström doesn’t listen to contemporary heavy metal. If he did, he’d find entire pockets of bands that have sculpted themselves around the Meshuggah methodology. By the mid-2000s, countless bedroom projects from blossoming prog-metal guitarists had fallen for Hagström and Thordendal’s playing. Within a few years, these disparate technicians, united by the internet, had created their own movement: djent.

Names affiliated with the style include Tesseract, Haken, Periphery, and Vildhjarta – all connected by that very stupid name. Hagström laughs when the word gets thrown around. “I can tell you where it’s from,” he says. “There was this guy called Tim Stevenson; he had a forum called Tandjent Forum. He was an old-school fan. Me and Fredrik were really drunk after a show, and we were talking to Tim. Fredrik was trying to explain his guitar tone. Tim asked, ‘Where do you get that chug from? What is it that makes it so special?’ Fredrik said, ‘You gotta make it go DJENT! DJENT! DJENT!’ He was slurring and spitting all over the place.”

How many players can claim that their technique birthed a new subgenre? Hagström and Thordendal are part of an exclusive club. Recent years, however, have separated the pair. In June 2017, Thordendal took a leave of absence from Meshuggah to build his own studio and create an as-yet-unreleased solo album. Even though he returned to the fold for Immutable, only the leads on the album are his. Hagström says that the hiatus wasn’t totally unprecedented.

“He didn’t write for [Meshuggah’s previous, 2016 album] The Violent Sleep of Reason,” says Hagström. “He wrote a little for Koloss; the last album he really wrote for was Obzen [2008]. I remember when we were making that album, him saying to me, ‘I’m starting to think about another solo record’.”

The timing of Thordendal’s latest exit, however, still came as a surprise to the band – he broke the news in the middle of the Violent Sleep touring cycle for. “It threw us for a loop,” says Hagström. “‘What are we doing now?’”

It was agreed that the split would last for three-and-a-half years. While Thordendal built his new studio – Studio 33, where he tracked his Immutable parts – Meshuggah hired Per Nilsson of death metal outfit Scar Symmetry as a touring fill-in. Thordendal and the band reunited in 2021, by which point Immutable had been completely written and the band were ready to record.

“We met up at his studio,” remembers Hagström. “He hadn’t heard anything [off of Immutable] but he said, ‘I’m up for recording leads on the album if you want me to. No pressure.’ We were super-stoked! We didn’t feel that a lot of songs on this album needed leads but the ones that needed leads needed Fredrik. He’s the signature tone. Without his leads, it wouldn’t be a Meshuggah album in our eyes. Then he told us he hadn’t touched the guitar for three years.”

Thordendal may have been rusty but Immutable doesn’t show it. Kaleidoscope flaunts a whirring, beeping guitar solo, its effect as alien as any of the polyrhythms the rest of the album dishes out. It’s good that he’s still in form; Meshuggah passed through the UK with Thordendal in tow in May, concluding their five-date run with a headline set at London’s Royal Albert Hall.

“When you announce a tour, there are always people getting in touch and going, ‘Cool,’” says Hagström. “But I don’t think we’ve ever played a show, apart from supporting Metallica in Ullevi and Gothenburg, where so many people have gone, ‘That’s fucking awesome!’ I don’t think it really landed with us how big of a deal and how much of a weird thing it actually is until other people started reacting to it.” He laughs: “I know the history of [the Albert Hall], so it’s gonna be perfect to roll in like a tank.”

It’s not uncommon to end an interview with the question, ‘What’s next?’ But what else do Meshuggah have left to achieve? They’re 10 albums deep, have invented their own genre and recently razed the most prestigious venue in the UK to the ground. Hagström says that the band’s goal, from the solitude of Umeå to the glitz of the Royal Albert Hall, has simply been to sound distinct.

“This band’s entire challenge, so to speak, is to have a sound that is readily recognisable – the same thing AC/DC have,” he says. “We want people to go, ‘This is AC/DC; this is Iron Maiden; this is Meshuggah.’”

Immutable is out now via Atomic Fire.