How Mooer grew up: the micro-pedal pioneer’s evolution into one of the world’s most interesting gear brands

As Mooer steps into the big leagues with its high-end GE300 multi-effects unit, we chart the history, growth and big long-term goals for this ambitious Chinese brand. 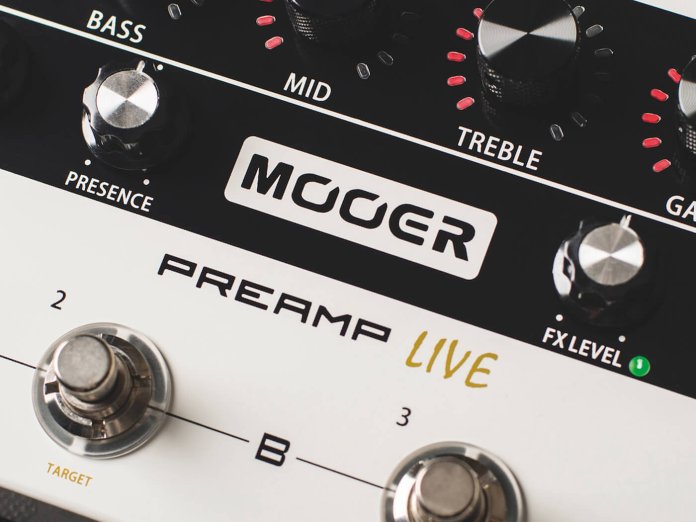 The story starts, as all good stories do, with an idea. A decade ago in the city of Shenzhen, four people came together to try to do something a little different to what the rest of the musical instrument industry was doing in that moment.

But how to stand out in such a crowded field? The answer was simple – to build quality, original products that set themselves apart from the deluge of budget effects that had flooded the market over the last decade, and to do so with a focus on digital sounds instead of slavishly following the analogue-obsessed herd.

Eric Shen, Gary Tang, Jason Zhang and Coco Zhu were all veterans of their respective fields, and it just so happened that each one brought distinct skills to the table to enable this new venture to go from strength to strength.

At the heart of everything was Eric Shen. A guitar-loving computer boffin with a doctorate, Shen had an in-depth understanding of the digital algorithms that determine whether digital musical instruments sound good or not. “He’s kind of like the brain for Mooer,” exclaims Amy Zhong, Mooer’s International Marketing Manager. “Our products have always been digital products, and he makes them sound good!” 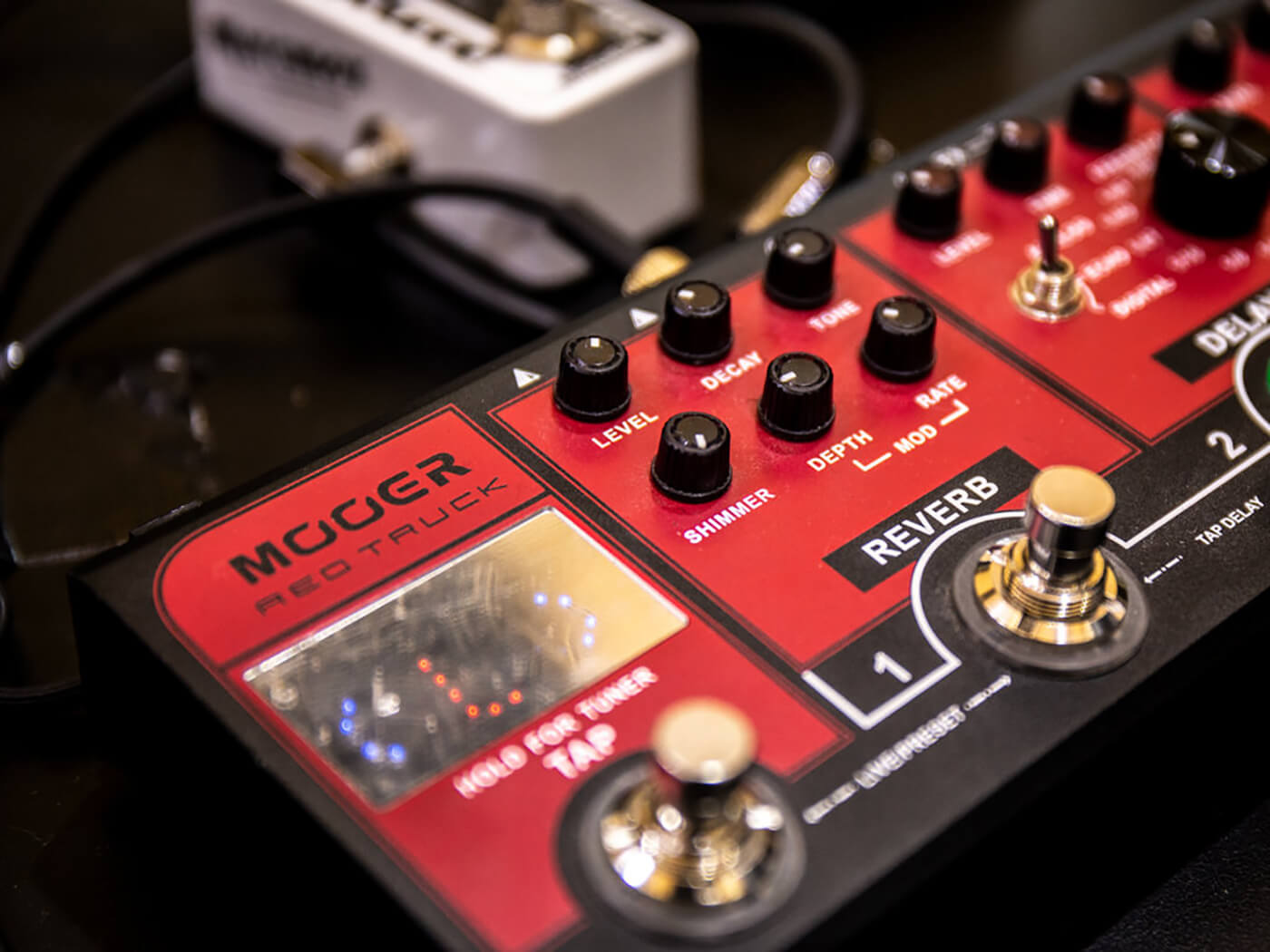 But algorithmic know-how was only part of the puzzle – and that’s where the other three founders came in. “Gary is a hardware engineer who used to work for a digital piano company, so he was the one who focussed on the hardware part,” Amy explains. “Then Jason had a lot of experience in manufacturing, while Coco is in charge of sales. So these four people got together and with Eric’s brain and for musical algorithms and Gary’s experience in making musical instruments, they decided, ‘Let’s start a company that helps people make music’.”

Another key component in the original Mooer recipe was its location. Shenzen is a city of 12 million people that borders Hong Kong to the south, which over the last 30 years has become a global technology hub often described as ‘China’s Silicon Valley’. It was the perfect incubator for a fledgeling company that wanted to embrace the bleeding edge of digital technology and manufacturing.

“I’m not sure if people internationally will know this about Shenzhen, but in China, this city is a beacon for people who are into technology,” Amy explains. “This city is always embracing the new, and is dedicated to making products that are more user-friendly and use the latest technology that we have available.” 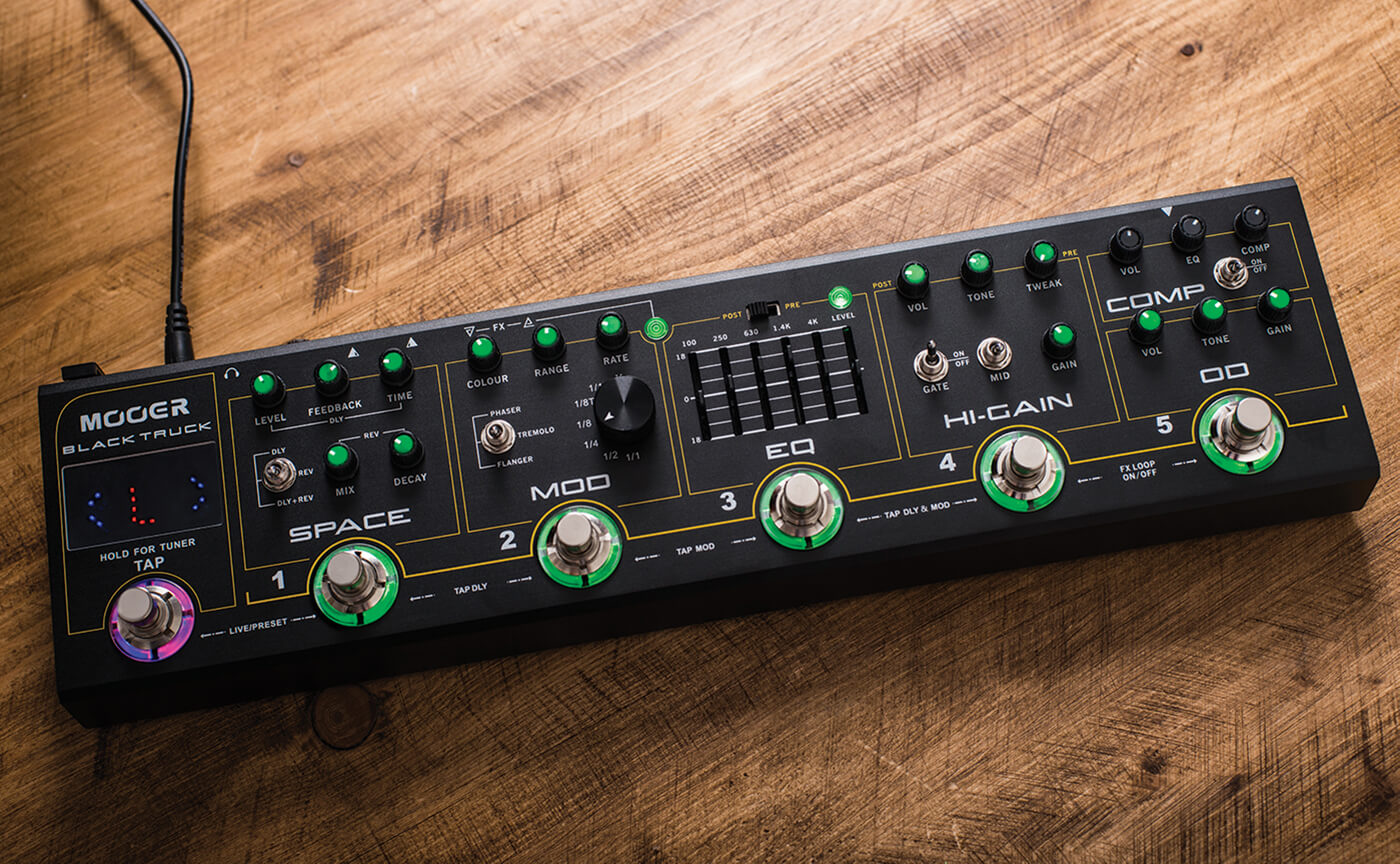 The company’s first product was the GE-50 ‘Gem Box’ – a compact multi-effects unit that featured 60 different effects types within eight simultaneously usable effects modules. It was a box that certainly earned the brand some fans, but getting smaller and simpler is how Mooer really made its name

“Making a smaller product is always the goal for Mooer – no matter what it is we’re making,” Amy explains. “Always with a focus on how to make life easier for consumers.” With the budget effects boom kicking off in earnest, Mooer saw an opportunity to set itself apart.

The result was the Micro Series – a complete range of digital stompboxes that offered great-sounding takes on classic effects types, all in tiny mini-pedal-sized enclosures. They were, to put it mildly, a hit. 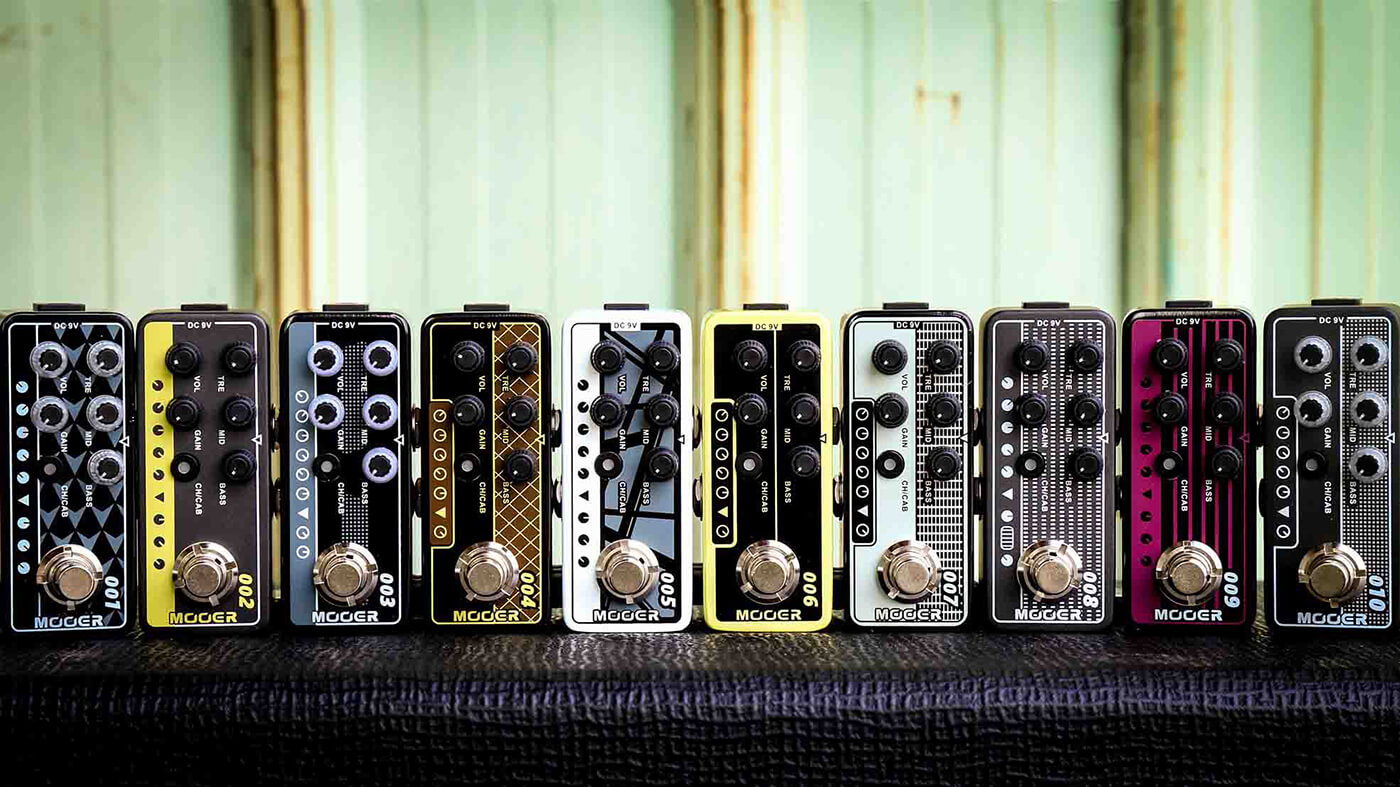 “We realised that musicians have to carry around a lot of gear when they’re gigging, and it can be so heavy! So why don’t we make things more convenient?” Amy explains of Mooer’s decision to dive headfirst into the mini-pedal concept. “That way, guitarists can have an easier life when they’re travelling around, and because of our digital expertise, we can make it sound as good as the analogue effects.”

“Also in China, not everyone has a car as they do in America or the UK,” adds Sam Filip, Mooer’s social media manager. “The portability of the mini-pedals means that it’s a lot easier when you’re taking something on the subway or even on a plane.”

Mooer’s space-saving form factor, good sounds and solid build quality set the brand apart in the budget effects world, and it was a recipe that soon earned the company a name internationally. 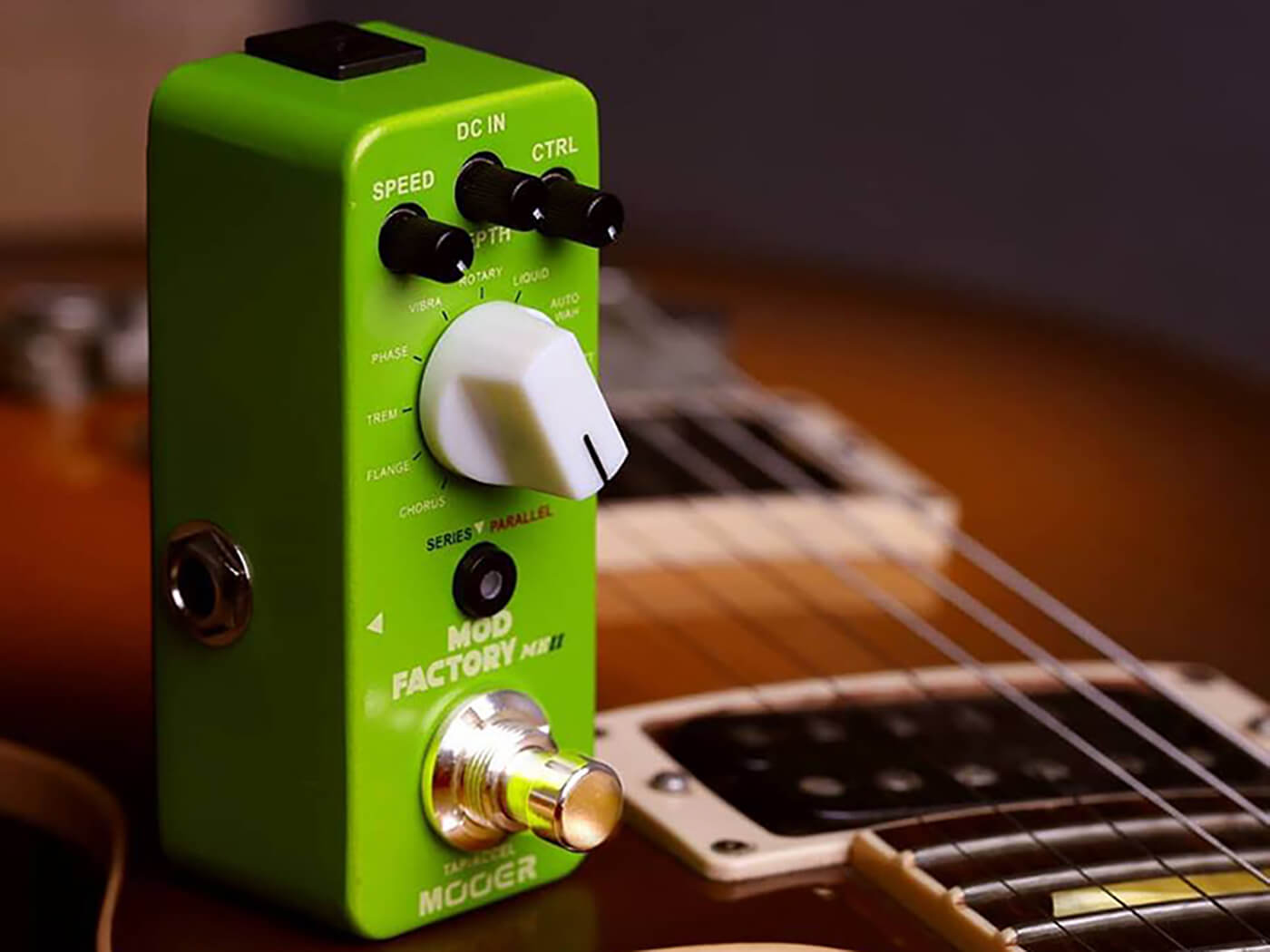 “Of the four founders, three of them have some sort of engineering background, so from the beginning, the focus has been on ensuring that they’re making good products, and to let those products do the talking” Amy agrees. “Mooer never really put much effort into marketing and stuff like that initially, because there was a feeling that our products would do that job for us.”

“There’s a desire to build a really respected brand that’s a Chinese company,” Sam explains. “I think they really want to create something akin to a ‘Chinese Yamaha‘ – a Chinese company that can really provide a variety of musical instruments and solutions.”

Key to this ambition is Mooer’s focus on in-house development and innovation, an area that the company clearly takes a great deal of pride in.

“We value research and development so much,” Amy enthuses. “I believe that Mooer has the largest R&D division of any Chinese gear company. We have over 60 people working in R&D in our headquarters in Shenzhen, but we also have a division in Changsha, where we have around 35 people who are primarily focussed on writing the algorithms and code for our products.” 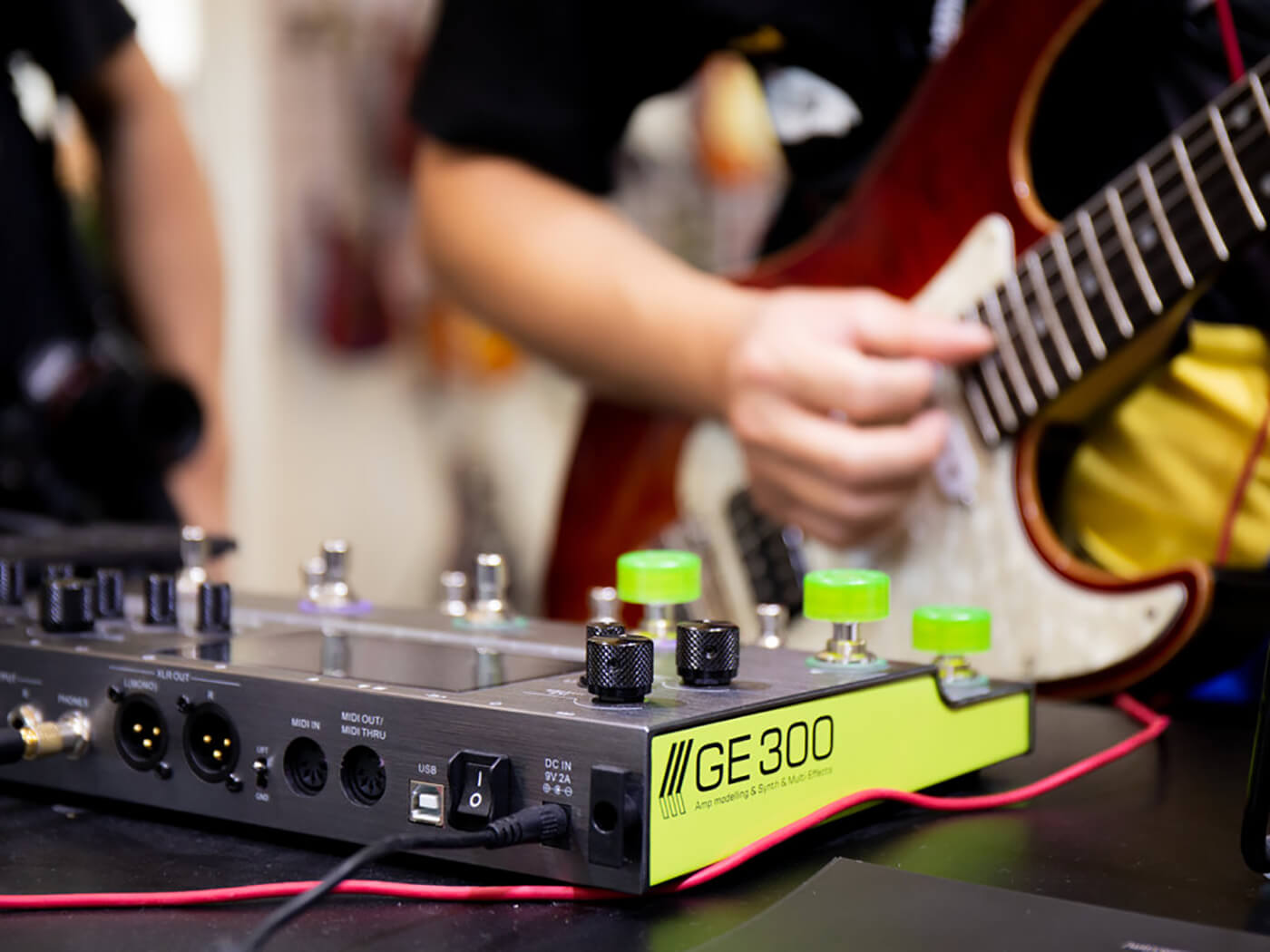 The Micro Series provided Mooer with its first big hit, and the brand was quickly taken to heart by the growing online guitar community. The company was not content to sit on its laurels, and soon it was branching out into preamps, power amps, multi-effects units and accessories. Mooer was not content to be known simply as the ‘budget mini-pedal guys’.

The fruits of that commitment to innovation and creativity were most visibly seen back in 2017 when Mooer partnered with instrumental guitar genius Devin Townsend to create the Ocean Machine – a combined reverb/delay/looper that would become the company’s first-ever signature product.

“That was a key moment – a real milestone for Mooer,” Amy insists. “Because it proved to us, and to the wider guitar world, that we could produce high-quality, more complicated products than the Micro Series. And because then the Ocean Machine did so well, and continues to do well, it also helped realise that we have more options – and we can make more complicated and more ambitious products, that still offer the same level of quality and practicality for musicians.”

The success of the Ocean Machine has clearly lit a fire under Mooer, and in the years since the company has released a series of increasingly advanced and high-quality multi-effects units, culminating with the release of the GE300 – a high-end floor-based multi-effects and amp modeller that seems to have the likes of Line 6, Fractal and Kemper in its sights.

“There’s some of that, but it’s not 100 per cent the motivation,” Sam explains. “We see what these companies are doing, and we think those companies have good products, but they do spend a lot of money on marketing and things like that, which drives the price up.” 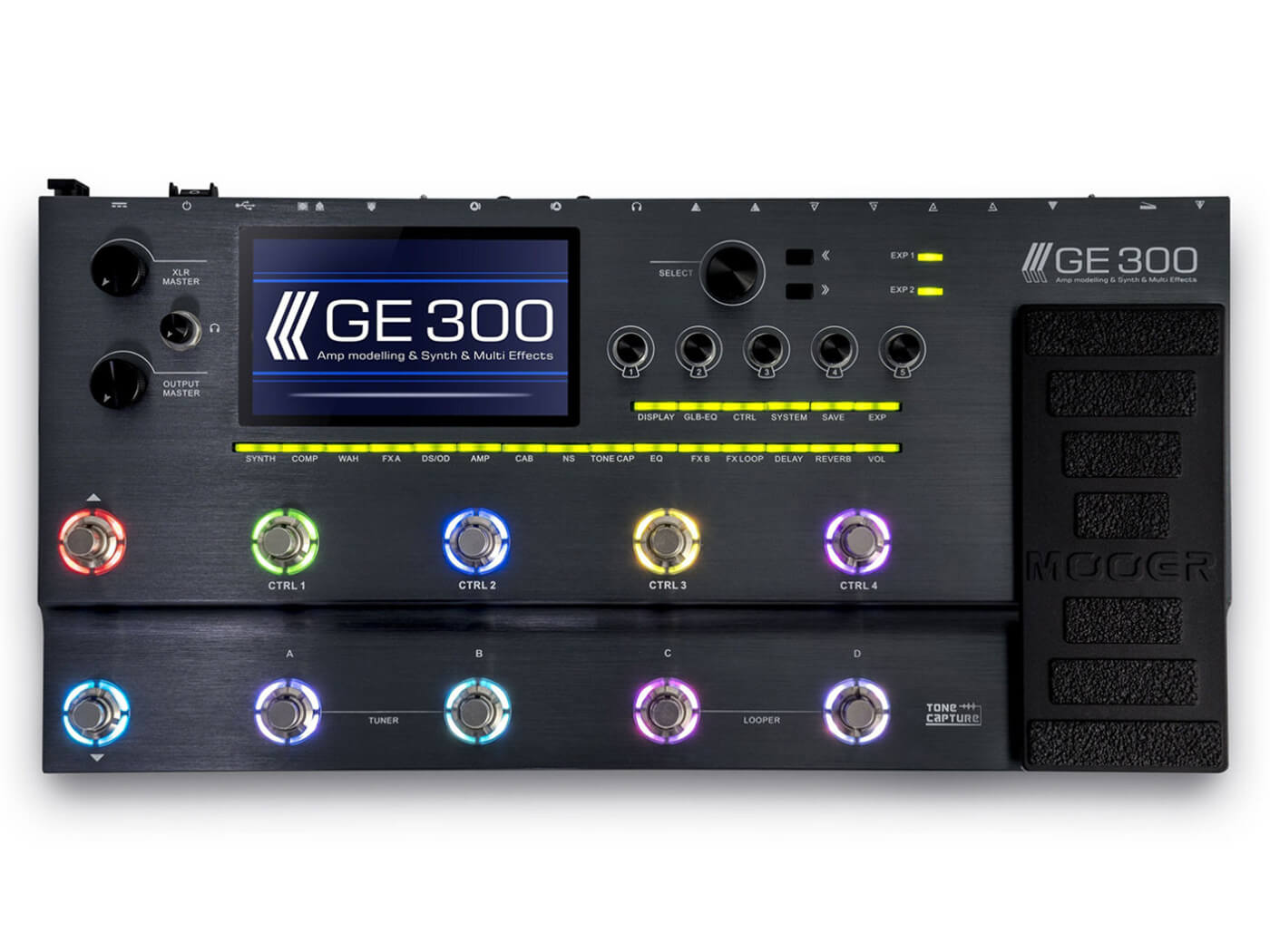 Instead of this more conventional approach, Mooer has instead decided to go another way. The company eschews slavish recreation of classic analogue circuits, and instead has focussed purely on digital sounds. It’s a path that veers from the norm of many effects makers in 2019, but one that comes with huge benefits – the digital sounds created means that whether it’s a mini-pedal or a full-featured high-end modeller, there’s a consistent quality of sound on offer for guitar players of various levels and budgets.

In less than a decade, Mooer has evolved from four people with an idea into a global guitar brand whose products are beloved by hobbyists and pros alike, but it’s clear that the company is only just getting started.

“We are not going to be just a pedal and amp company,” Amy affirms. “We are going to continue to expand, maintaining that same ethos of offering practical and affordable products, but in different areas. We remain committed to helping musicians by making life easier for them.”

Novo to release new guitar, the Novo Idris, in partnership with Rhett Shull