Muncie Girls’ Lande Hekt on her solo inspirations, social activism, and switching from bass to guitar

The Muncie Girls frontwoman on her sophomore record, her loyal Gretsch Jet, and touring Canada.

Exeter punk rockers Muncie Girls when their debut album arrived back in 2016, to rave reviews, and invitations to play at some of Europe’s biggest festivals. Asides from a B-sides EP in 2020, the band hasn’t been seen on record since 2018’s follow-up Fixed Ideals, but frontwoman Lande Hekt has kept herself busy in the meantime with a series of solo releases, most notably her forthcoming second album, House Without A View.

House Without A View is your second solo LP. How does it compare to Going To Hell? Did you feel more confident as a solo artist with that experience under your belt?

I do feel more confident than I did when Going To Hell was coming out. That first record was supposed to go straight onto Bandcamp before Get Better Records offered to put it out. I was so shocked when I saw how many people bought or listened to it. This time I spent a bit longer writing and I demoed all the songs from House Without A View in a studio before recording it.

Sonically it’s reminiscent of bands like Elastica and The Wedding Present. Where do you draw your influences from as a songwriter and guitar player?

The Wedding Present are a big influence in terms of guitars. I covered their song Octopussy on a 7” B-side recently. I love the sound of that album Seamonsters, produced by Steve Albini. Bands like The Sundays and The Popguns have been an inspiration melodically, I guess their guitar sounds are somewhat influenced by Johnny Marr so, although I’m not much of a Smiths fan, that guitar sound has come to me indirectly. In terms of chords, I am a big Replacements fan. I wish I could nail chord progressions like Paul Westerberg does. 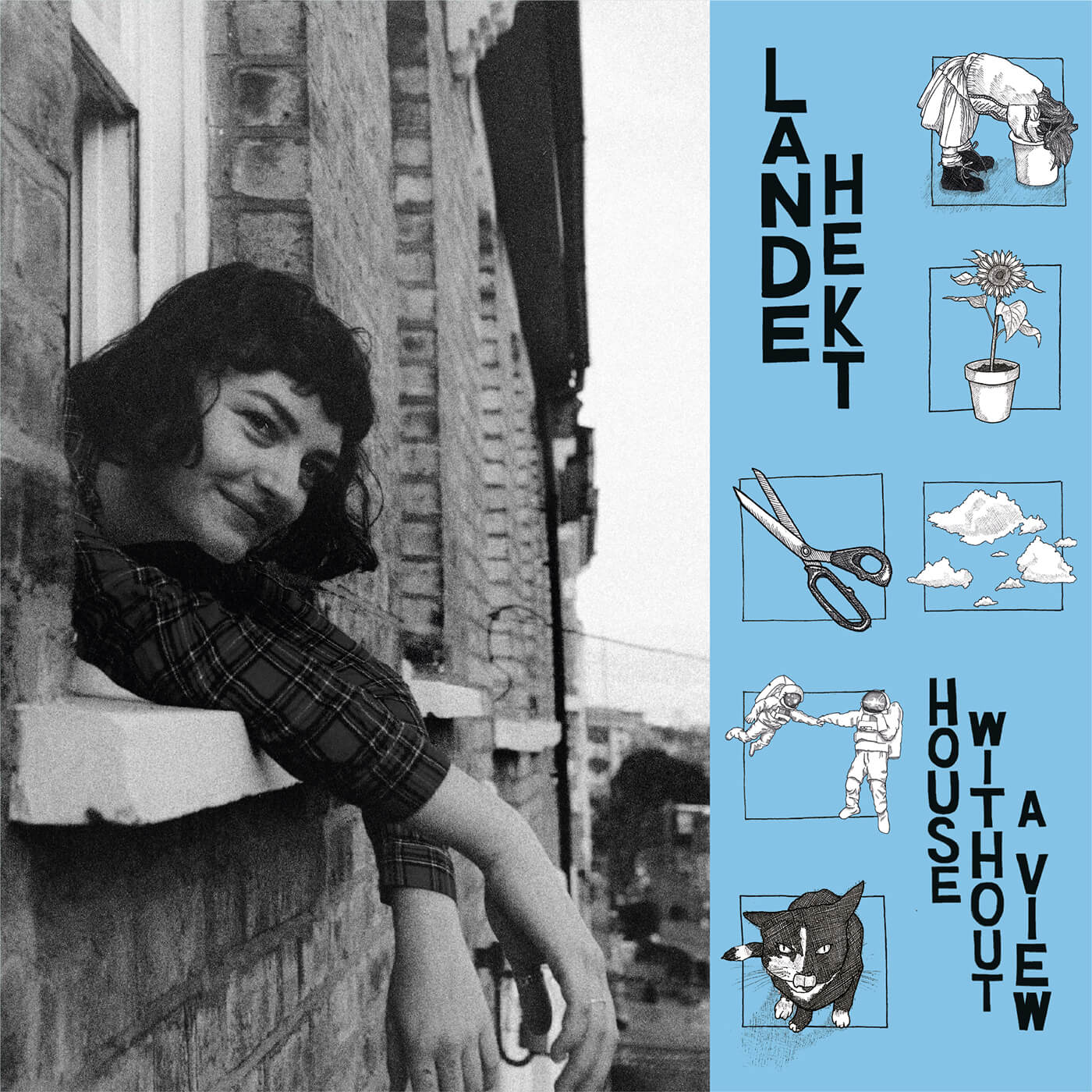 Your solo work is more personal and reflective than your songs in Muncie Girls. What drove you to change direction and do you take inspiration from your previous material?

I’m always going to be continuing on from the songs I wrote in Muncie Girls. We’ve been a band for such a long time, since we were 17, and at some point I felt the need for an outlet for some of my more personal themes. Muncie Girls are a group of people and we love to play songs with political themes, often a bit tongue-in-cheek. I’d say that my solo songs are a little bit darker at times, but ultimately probably relatively similar.

Bass was your main instrument in Muncie Girls. How has the transition to guitar been? Has your bass experience influenced your rhythms and chord changes?

I started playing bass when I was 10 and, because I’ve played for so long, I definitely approach songwriting from a rhythm and harmony perspective. On this record, I’ve tried to push myself out of my comfort zone and explore more complex melodies in the guitars and vocals. Moving to guitar was relatively nerve-racking but I feel confident now. As I’m self-taught on guitar, I have some strange approaches to technique that I think can be a benefit creatively, as well as sometimes a hindrance.

What did your guitar rig look like throughout the recording process? You use a Gretsch Jet live, right?

I’m still using my Gretsch Players Edition Jet live, and I used it on almost everything on this album. I haven’t found a guitar that sounds as good to me or suits my playing as well. On all the songs, I doubled the guitars with a nice Sigma acoustic. I used my EQD Palisades overdrive, EQD Avalanche Run reverb delay pedal, and my 1980s Japanese Guyatone chorus pedal. We created some fuzz, gain, echo and other sounds using a Roland Space Echo and some other stuff, which I should’ve really written down! Amp-wise, we kept it simple and mostly used a Roland Jazz Chorus, sometimes a Fender Deluxe Reverb.

You’ve performed for The Big Issue and the Labour Party. How does your social activism manifest in your music?

It’s important to not shy away from my political beliefs. If someone else who has completely different politics doesn’t approve of mine, that’s okay; they can find other artists to listen to. I’ve become slightly less active since covid, mostly because of the interruption of momentum, but also because of how overwhelmingly terrible things are becoming. Sometimes coping becomes more of a priority. But I hope to return to incorporating activism into my music again and getting louder about the things that are important to me. Although thematically, these songs are largely about my experience as a queer person, which is political whether it means to be or not.

You have a UK tour confirmed, as well as dates in Canada. What’s next for Lande Hekt?

I plan to tour as much as I can, and I’m particularly looking forward to these two sets of shows. Heading to Canada is extremely exciting as it’s my first time, and I’m a big fan of Laura Jane Grace, who I’ll be supporting. The UK shows are exciting because it’ll be my first headline tour as a solo artist and I’m bringing a full band with me. I didn’t get to tour very much after Going to Hell was released, so this time I’m planning on making the most of it.”

House Without A View is out September 23 via Prize Sunflower Records.