“I look at guitar as a way to heal yourself”: Myles Kennedy on finding comfort in vintage guitars on The Ides Of March

The Alter Bridge frontman on why his new solo album gave him the chance to spend some quality time with his electric guitars, and how its creation gave him focus in a distracting time. 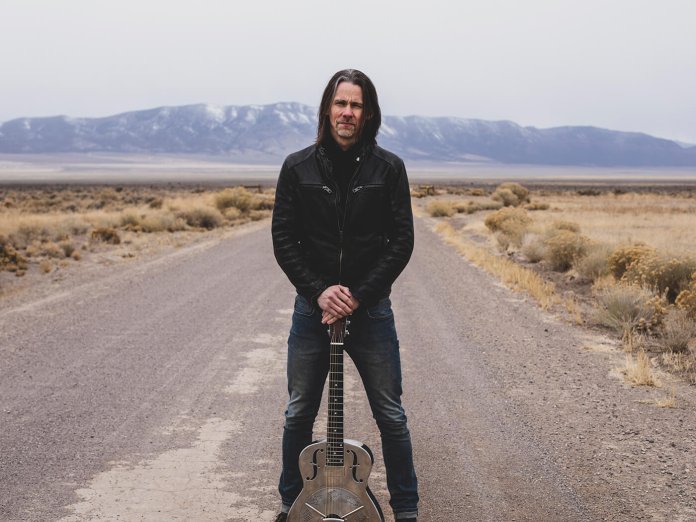 Back in in February 2020, time was a scarce resource for Myles Kennedy. At the time, he was on tour with Alter Bridge in support of their recent record Walk The Sky, and the expectation was that when it was over, his attention would turn to making a second solo album. Yet the cliché to be careful what you wish for is a cliché for a reason – if he had known what would happen in the coming weeks, he needn’t have worried.

“It was great for me,” he says of the experience of writing that album, The Ides of March, at home in lockdown. “It allowed me to stay focused. I didn’t have any distractions – [there was] nothing to pull me away from my work. A lot of the time when you’re touring and trying to write at the same time, it’s a challenge because I’m not good at compartmentalising. Once I start something, it’s hard for me to get off that page.”

This was not a case, then, of life locking Kennedy up and forcing him to work in an eerie re-enactment of Misery. Naturally, as anyone trying to repress memories of 2020 would know, the way to survive a lockdown is to fill the endless empty weeks and months with the things you love. And for self-described “music geek” Kenneddy, that was exactly the approach he took.

“The love affair still is as passionate as it was when I first heard Stevie Wonder when I was four years old,” he asserts. “I always say music is oxygen. Do you get jaded being in the music business? Yes, but that’s more human beings. As far as the music itself? It’s my salvation.” He reveals he is always looking for new things to listen to, not wishing to become “that guy who listens to the same records he listened to when he was fourteen years old”, and sings the praises of everyone from Gojira to the West African musician Noura Mint Seymali. 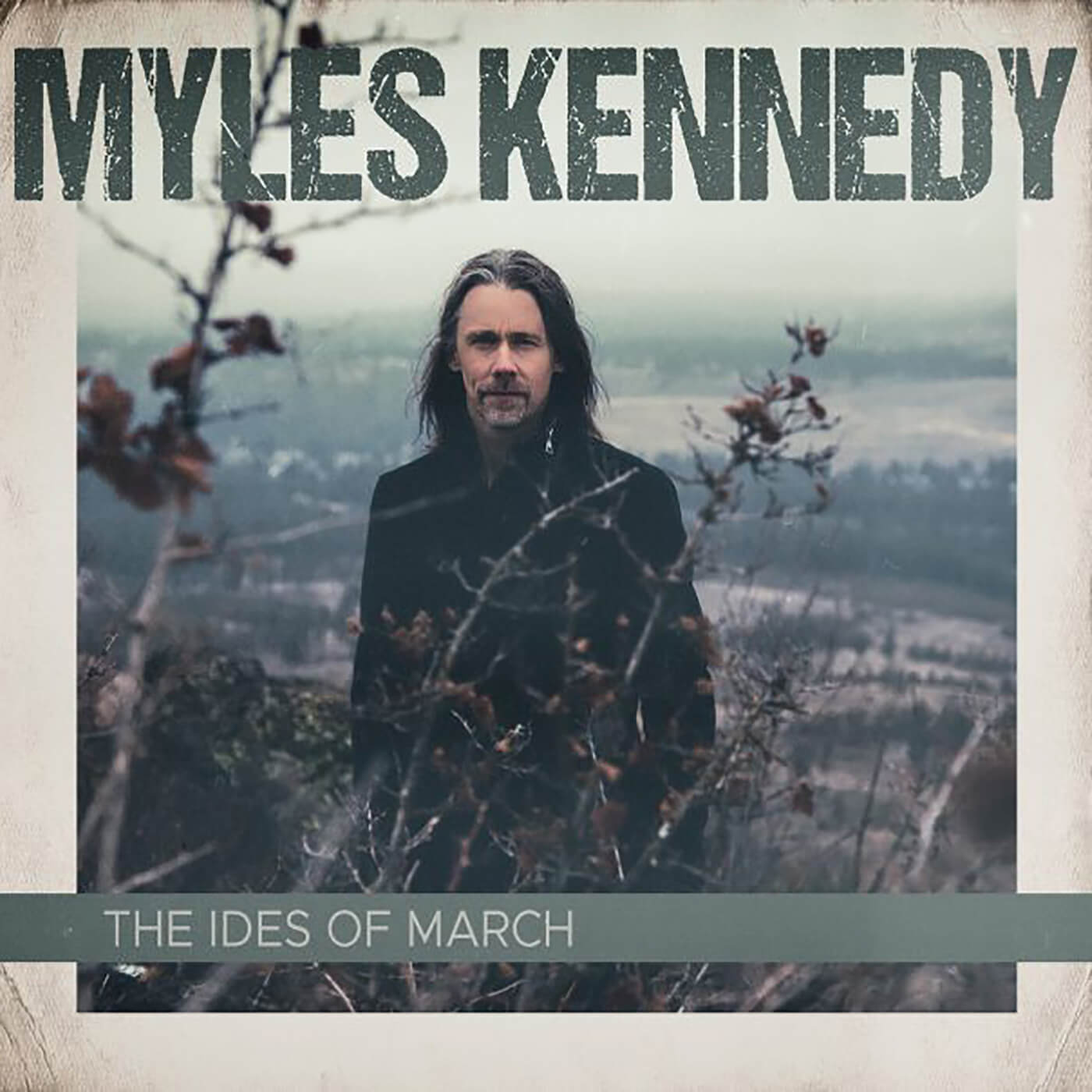 While Kennedy’s solo debut, 2018’s Year of the Tiger, was a largely acoustic affair, The Ides of March is, while still laser-focused, more sprawling. At its core, it is undoubtedly an almost factory-aged rock record, yet revels in Kennedy’s love of more far-reaching genres such as country and particularly blues. It is a change in direction fuelled by his desire to spend some quality time with his guitars, specifically his electrics. “I wanted to have plenty of opportunities to improvise and solo,” he says. “I felt like this would be [a] more appropriate [time] to plug in.”

This isn’t to say acoustic guitars are playing a bench-warming role this time around, however. “I tried to balance it the best I could,” Kennedy explains. “I didn’t want [it] to be a full on riff record.” After all, he indulges his love of hard rock more frequently with his other musical projects, and the beauty of branching off as a solo artist is that it is, in his words, an opportunity to “explore some of the things you digest sonically”. Indeed, it is a process that he believes brings exciting and fruitful challenges. “It’s really rewarding when you feel like you create something that is unique to you and your interpretation of everything that you absorb.” 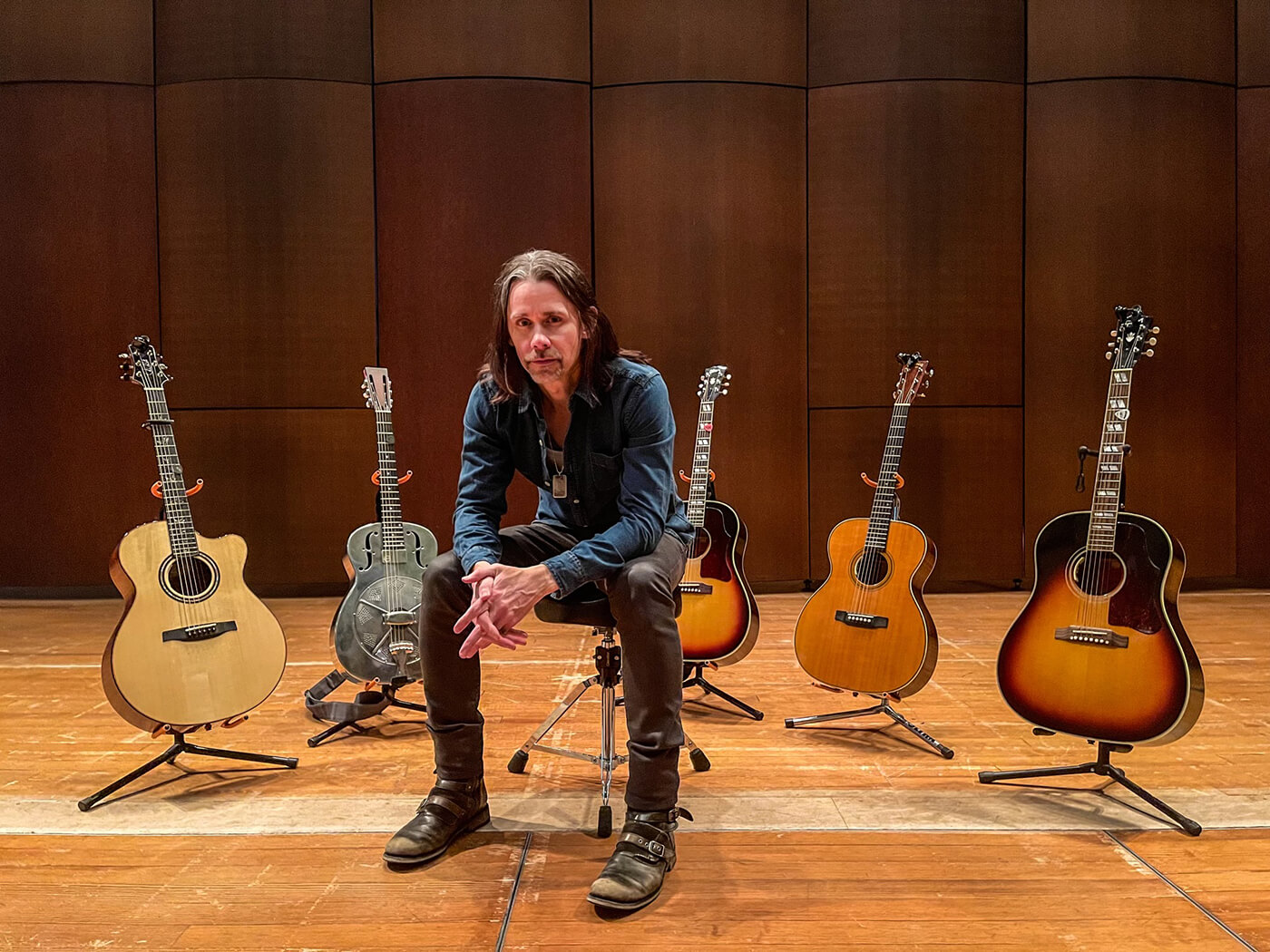 The majority of the tracks that feature acoustic guitar on The Ides of March showcase a 1965 Gibson J-50 – “It’s a great guitar in the studio,” says Kennedy, which he also says of the 1945 000-21 Martin. The 1944 Gibson J-45 that was “all over” Year of the Tiger also makes several reappearances. The primary electrics are a 335 and a “Frankenstein”  1952 Telecaster, that has a neck that appears to date from the 1960s and pickups Kennedy estimates were made a decade earlier.

It’s a set up that is far more “retro”, as Kennedy puts it, than the gear he uses when he plays with Alter Bridge, most of which was made in the last twelve to thirteen years. “Most of this stuff in Alter Bridge would not work,” he adds. Indeed, for a record that could have been pulled from a time capsule buried in the 1970s, the choice of gear is fitting and lends to that sound. “I wanted to use those instruments and amps that you would have found on those records that were made forty to fifty years ago, just because that’s part of that sound,” he says.

Although the time and space Kennedy was given to make The Ides of March by the forces of nature were gifts, he was by no means in an echo chamber, hardly immune from the feelings of frustration, fear and isolation that anyone reading this would associate with the initial wave of COVID-19. It was therefore an opportune time for him to have a musical project on hand in another sense. “I look at a guitar in the same way some people would look at one of those couches you lay on when you go to a therapist,” he comments. “It’s like this way to heal yourself.”

Indeed, while many creatives found their inspiration drying up with nowhere to go apart from the local park perhaps for their government-approved daily walk, this was certainly not the case for Kennedy. “[The record was] definitely informed by what was happening,” he admits. “It was hard not to be. There [was] no shortage of inspiration.” Lead single In Stride is an unambiguous plea for the stockpilers and doomsayers in the outset of the pandemic to take a long, deep breath, for example, while Wake Me When It’s Over encapsulates the yearning to escape from the miserable everyday of lockdown. By contrast, the latter half of the record looks to the end of the turbulence with hope, with Wanderlust Again and Worried Mind providing comforting assurance that everything will soon be alright again.

Kennedy stresses that he is only holding up a mirror to the world around him, avoiding inserting his own opinions or instilling too much of an agenda into the foundations of the record. His approach instead leans on empathy and honesty. “Things have gotten so interesting and complex with the way we all view the world right now,” he observes. “You can end up kind of stepping into a hornet’s nest if you’re not careful with how you approach that. So for me, it was really about just being honest with how the circumstances were affecting me and my family, and addressing that in human terms, you know, not in any sort of divisive fashion.” 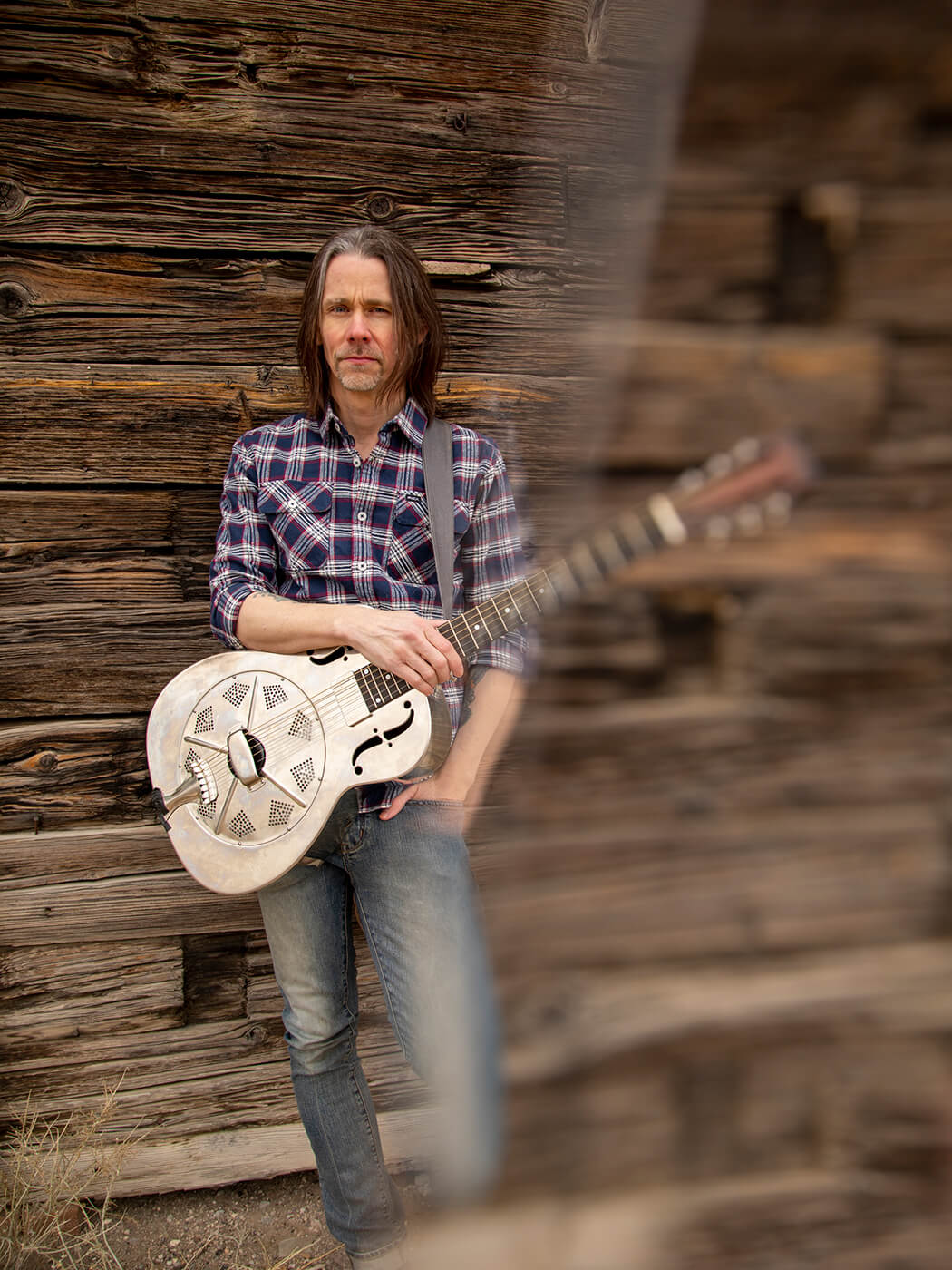 The album title is taken from Shakespeare’s Julius Caesar, and the line in which it appears in the play forms the main hook of the title track. Naturally, it also relates to the month in which the pandemic began to pose the greatest threat to most of the world, but Kennedy was attracted to it because of its context relating to prophecies of troubled times. Yet those troubled times, if we are fortunate enough, may soon be consigned to the past, making this an interesting time for this record to be released. It’s easy to ponder what will become of records like this inspired by the current situation when it becomes a memory many would prefer to forget. Kennedy himself wonders if there’ll be an aspect of burnout that could set into the public conscience if they’re inundated with “quarantine records” over the next year or two. 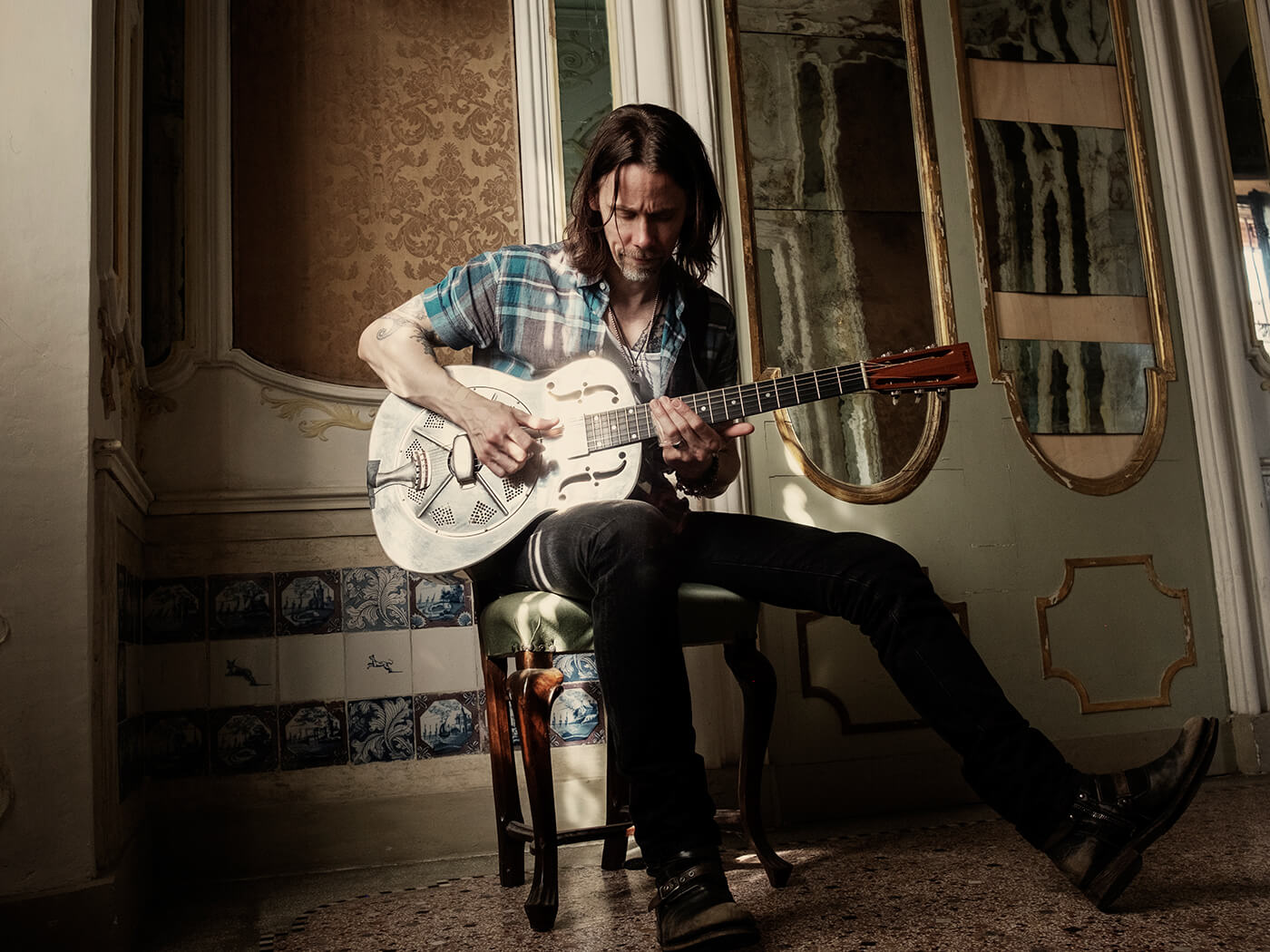 With that in mind, perhaps calling an album The Ides of March takes on a new significance – Kennedy certainly hopes this record can gain new meanings in a post-pandemic realm as much as the Bard’s lines have. The key to make a record without such a shelf life, Kennedy says, is to keep the lyrics ambiguous. “In Stride, [for example] applies to things that were happening at the beginning of the lockdown, but it just touches on the idea of addressing your anxieties and learning to chill out. I think that is something for me, personally, I am always going to need as a reminder.”

The Ides Of March is out now on Napalm Records.