“When Neil came up with this idea it was a Godsend”: Nils Lofgren on how working on Neil Young’s brand new album pulled him out of the pandemic blues

The Crazy Horse guitarist explains how being forced off the road after 40 years hit him harder than he imagined, and why working on Neil Young’s brand new record, Barn, helped him rediscover his creativity through the power of friendship. 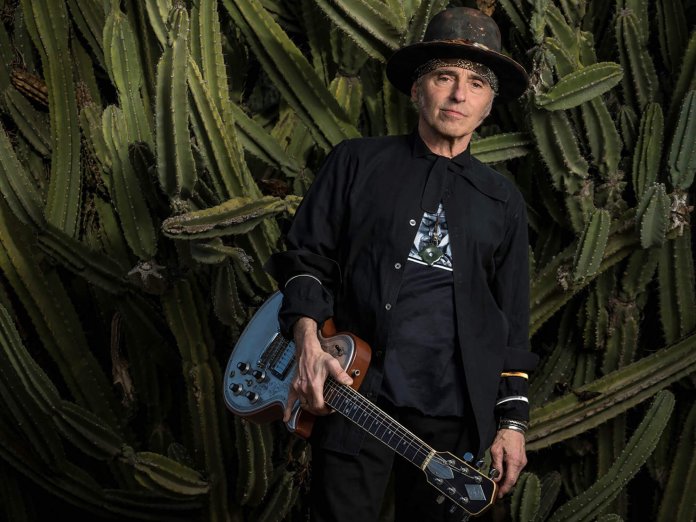 Nils Lofgren is looking for one of his dogs. Framed in a Zoom window, the guitarist peers outside and, satisfied that his pet is safe, settles down to talk. Coyotes are a thing around his way, he explains. There were dogs up at the barn in the Colorado Rockies, too. A couple of beautiful white things, who can be seen lounging in the sunlight while Lofgren works alongside Neil Young, plus bassist Billy Talbot and drummer Ralph Molina, the long-serving spine of the storied band Crazy Horse.

The scene, captured by Daryl Hannah in a film accompanying the creation of the group’s new record, Barn, is idyllic and, for music nerds, thrilling. Cramped together on stage is more than five decades of knowledge, nous and rock ’n’ roll pedigree, with stories and jokes flying back and forth as songs are loosely pulled into shape. Lofgren, also a 35-year veteran in Bruce Springsteen’s E Street band, bounces between guitar, piano and accordion, the band displaying easy chemistry and rough-hewn chops.

“It was an adventurous idea in the middle of a pandemic to try and safely record,” he says. “I loved it, because we were talking about being a year or two away from playing live. We had a tour that was going to start 29 April in Chicago, the place where I was born. I was so excited to get on the road with Neil and Crazy Horse, because every 10, 20 shows everything changes. You get to be a much stronger group, despite our half-century history.

“Neil had about four songs – we’ll all be vaccinated, have testing, wear masks, and play in this old draughty barn in the middle of nowhere in the Rockies. The plan was to get four songs. He thought maybe he’d write another one. He thought we might do that in two or three other locations through the year, just to work towards a record. The great news was, he kept writing. All of a sudden, we had 10 songs.”

Barn is a neat encapsulation of Young’s overarching obsessions. Following up 2019’s Colorado, which marked Lofgren’s return to the Crazy Horse fold, it’s both woody and pastoral and blown out and noisy. There is a sense of familiarity between the players that doesn’t really translate to the recording, which is kept open-ended and experimental. In that space it feels like things are happening, rather than things are being willed to happen. “When you record with Neil he takes it to an extreme of not just live recording, but live recording with no headphones,” Lofgren observes.

“We did this when we made Colorado too, you took a day or so to get everything to where you heard each other and you saw each other, and you were singing out of a PA. Everything is bleeding into everything else. Between doing that and performing like a band at a club, the roar and the mess of everything really was a familiar thing. I enjoy it. It takes you out of that recording head. Then you add on to the fact that you don’t know the song that well. It keeps you from even having a chance to settle into parts. There’s a different feel when you’re not that comfortable.”

Lofgren has been playing with Young and Crazy Horse on and off since the early 1970s, when he was basically still a kid. Along with the first Crazy Horse LP he sat in, with Talbot and Molina, on a couple of Young’s greatest works: 1970’s After the Gold Rush and 1975’s Tonight’s The Night. The latter provided a crash course in the process that has been passed down through the years to Barn. “It’s a lot of muscle memory, but it’s more emotional memory of the excitement and being comfortable being in a situation where you’re playing live, you’re literally on a stage in a barn,” Lofgren says.

“Much like all the work I’ve done with Neil, we’re learning the songs as we’re recording them. It’s very fresh and raw. Tonight’s The Night was the epitome of that, where David [Briggs, producer] and Neil warned us that it was kind of an anti-production record, where he didn’t even want us knowing the songs too well. Ralphie and Billy and I were singing live, and Ben Keith, and the theme was ‘stay down in it emotionally’ because when Neil gets the vocal that’s it. No-one can change a note. He wants people to see how it is before it’s all polished and dolled up.” 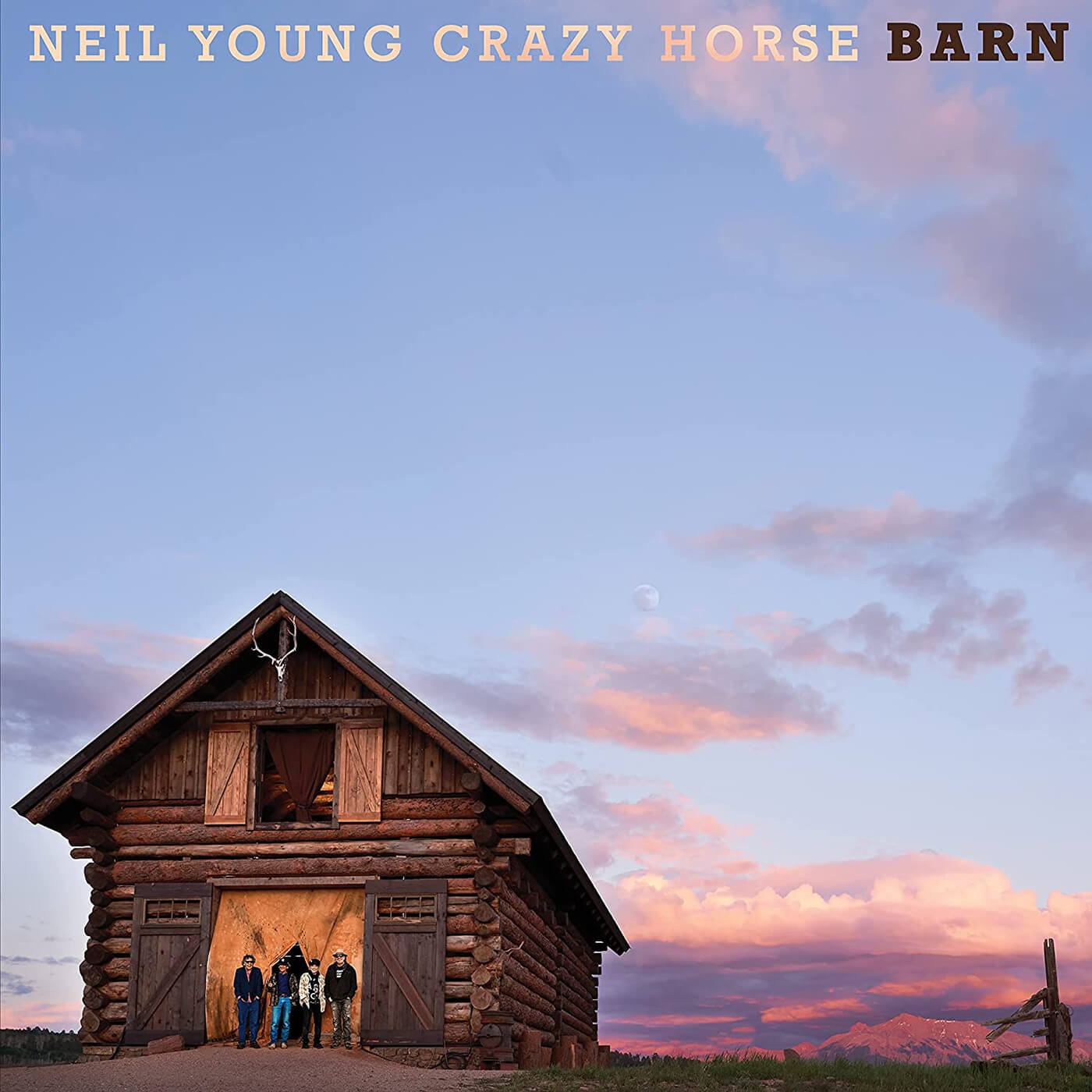 Turn on a dime

When this approach is humming, things can turn on a dime. Lofgren points to the haunting Welcome Back as a prime example on Barn, which shapeshifted before their eyes when Young switched up his vocal cadence. It felt to him like they’d landed at the sort of repartee usually found out on the road when things start to click. “We were doing an aggressive take, and then we took a break,” he says. “We went back up and Neil started, before we really got rolling, singing this very Beatnik, poetry club, spooky narrative. Ralphie and Billy sucked the whole rhythm down and we just stayed there.

“We started getting a little interplay there that was beautiful, and we meandered for about eight minutes. That was one of my favourite moments. I have this old ’52 Goldtop Les Paul that I used on the Trans tour. Larry Cragg agreed to come out of tech retirement and help us with all our instruments. Larry’s been on tours with me and played in my band, so it was great to have him there. He was the one who put the Bigsby on this ’52 Les Paul so I could ghost Old Black if Neil wanted to go off and do something else and still have that shimmer from the wang bar.”

Elsewhere, Lofgren tuned into a reflective spirit gear-wise, bringing out the go-to ‘61 Strats that he used on Tonight’s The Night along with a Gretsch Black Falcon that added some muscular tones on Colorado. “Change Ain’t Never Gonna Come and Shape of Things, I put on the ’61 Strat,” he says. “When I do my little club touring, I take great Strats that are reissues. I just can’t safely take my ’61s.

“Larry was playing with us up in Canada, I think late 70s, early 80s, and between two sets in the middle of nowhere in winter, somebody jumped up on stage and grabbed my ’61 Strat and started running towards the door. Larry and another tech caught him right outside, roughed him up, and got the guitar back. Larry said, ‘Look, Nils, you can’t be bringing these guitars on the road.’ But, my work with Neil and Crazy Horse, it was time to bring the big guns out. It was a very emotional, beautiful, easy, familiar experience.”

“On Canerican, I went to the Black Falcon,” he adds. “I love that sound. I’ve used that too on stage with Neil and Crazy Horse the past couple years, kinda instead of the White Falcon-Buffalo Springfield thing, I’ve got a Black Falcon with the little gold lame Vegas-Elvis touch. That felt great there. It was fun to crank up and start going at it. Always in the back of my mind is, ‘Man, if we could just get on the road and have some of those songs turn into eight to ten-minute epics.’ You don’t want to force that, it just kind of happened with Welcome Back. I expect it to happen with all of those live.”

Getting shut off from touring has wounded Lofgren. It’s obvious. He’s been doing it most of his life, with Crazy Horse, E Street, Grin and under his own steam. As well as being a great, interesting record on merit, Barn helped lift him out of a situation that he was struggling with. “Being unemployed as a touring musician hit me a lot harder than I thought it would,” he says. “I was grateful to be home. I love my wife, Amy, and our dogs. She runs the house. She’s a professional cook, I was the houseboy. I’d take the dogs to the vet, take the trash out, go buy milk. I wasn’t making the contribution she was and after a while it wore on me. I was depressed.

“I’d go out and play blues guitar to BB King, Albert King, Muddy Waters, Howlin’ Wolf. I had a bad case of the blues. I wasn’t being creative. I was just surviving. When Neil came up with this idea it was a Godsend to get together and not only be a professional musician, but to do it with a group of great players I’ve known for over half a century, making new music. Sitting around telling tales and catching up as old friends is a great thing, but after every half hour of that you get up and play for a couple hours and create new music. That’s a real gift.”

Neil Young and Crazy Horse’s Barn is out now on Reprise.