The Chicano singer-songwriter talks his jazz inspirations and why he’s “a big guy for convenience”. 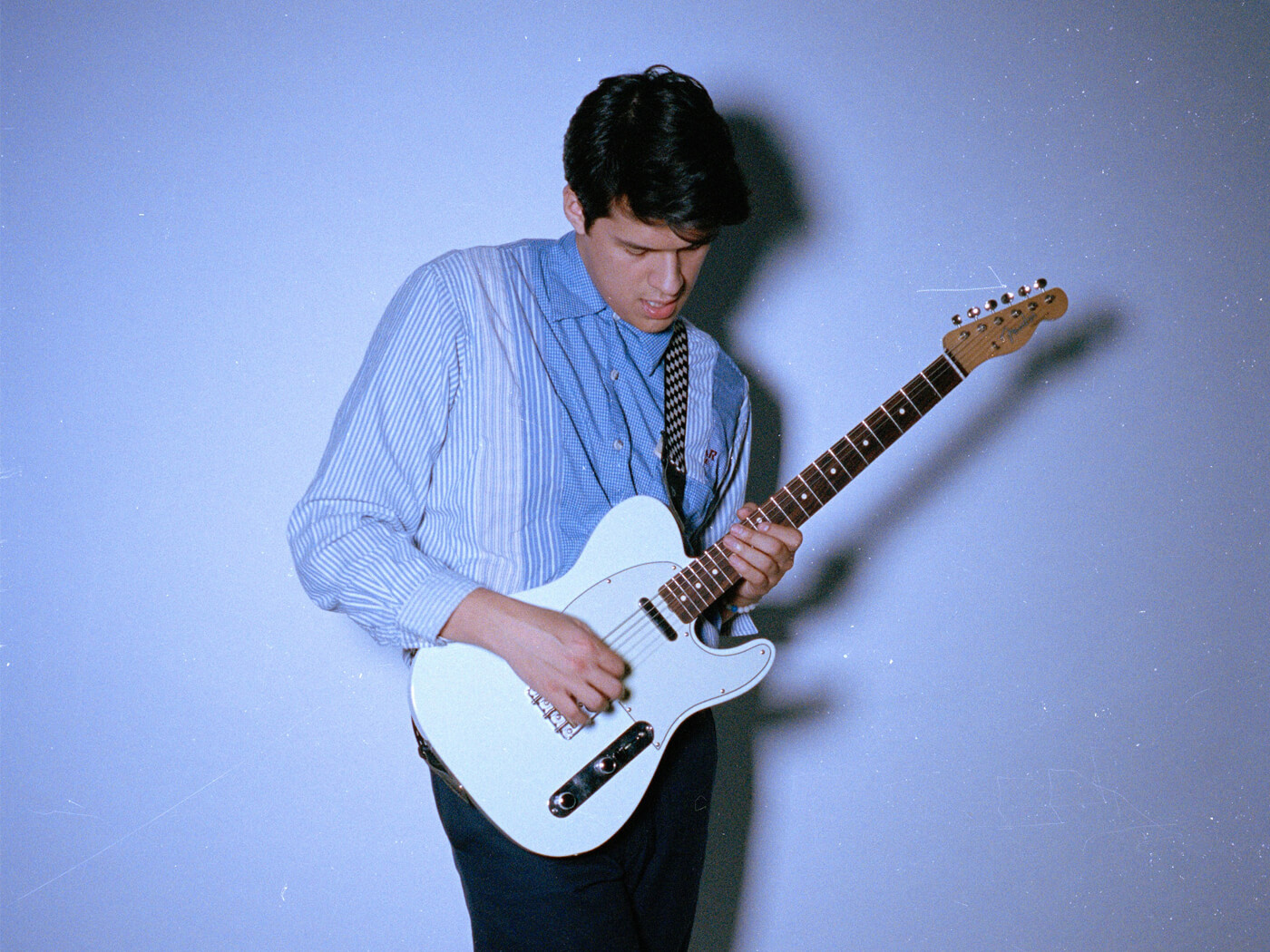 When Guitar.com reaches Omar Apollo in early September, the rising neo soul artist has just gotten out of a brief period of creative doldrums. “Dude, I’ve been making so much music,” the affable 22-year-old says excitedly over the phone. “I just made one of my favourite songs I’ve ever made yesterday. I was like damn, this is crazy.”

With enthusiasm like that and a work ethic to match, Apollo’s ascension looks all but set to continue. The Indiana native born Omar Velasco first emerged from obscurity in 2017 when he uploaded the soulful track Ugotme to Spotify, which then promptly playlisted the song on “Fresh Finds”. That placement rocketed the song’s reach to 50,000 streams overnight, and as of press time, Ugotme is sitting pretty above the 20 million mark. 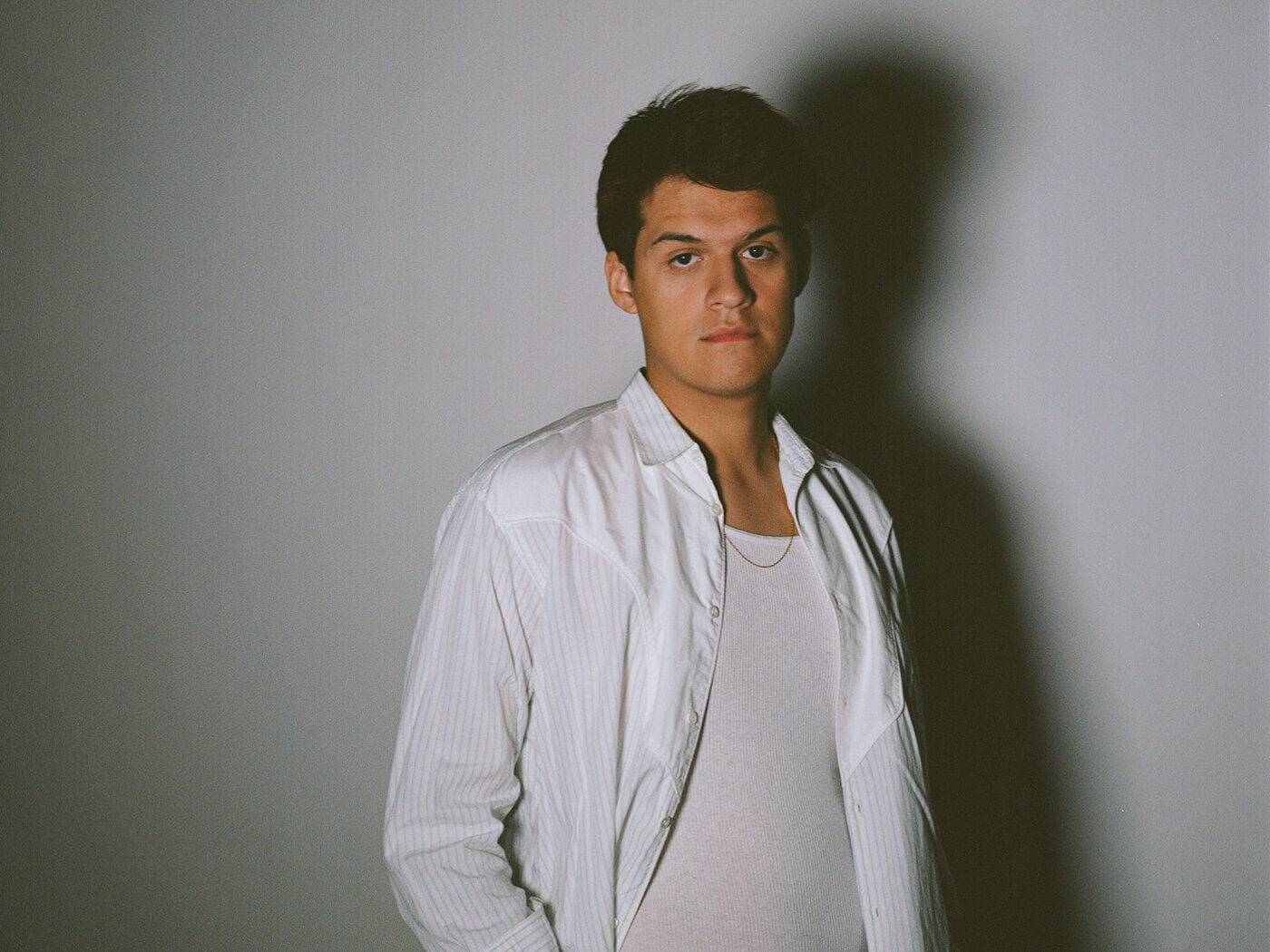 Since then, Apollo has left his job at Guitar Center, dropped two EPs – the latest one, Friends, arrived in April – and garnered himself a reputation as a livewire performer. He’s about to bring his dreamy, bilingual blend of guitar-driven R&B, soul and funk to North America and Europe on a tour that includes a coveted stop at Tyler, the Creator’s Camp Flog Gnaw Carnival this November.

The Chicano singer-songwriter tells Guitar.com why the bass guitar is the cornerstone of his creative process, how his rig is geared for convenience and why a Rickenbacker axe is almost certainly in his future.

How did you start playing guitar?

I got into jazz. I think I started listening to jazz while working at McDonalds, in the back. I had always known what jazz was, I was probably 17 or 18. I think guitar and jazz was kind of what inspired me to start making music and that’s where it all started. I learned a few jazz chords, I started learning major sevenths and really simple chord progressions.

What was the gateway album that made you want to play jazz guitar?

I think it was Ego Death by The Internet. That’s the album [that] did a lot for me. It’s the melodies and chords they used, it was just so new to me. It just felt so good right away. I remember listening to it all day that day and the next day, and then the next day. I was just obsessed with it.

What jazz players struck a chord with you made you re-approach your guitar playing?

Joe Pass. I think Joe Pass inspired kids that started learning on YouTube, you know? Even if I didn’t learn something from Joe Pass, I’ve probably learned from someone who learned it from [him].

How did you start composing music, and at which stage in the process does the guitar come into it?

So I’d always been playing guitar – I started at 12. I stopped and then I got into making beats with my bassist. He had the programming, the laptop, the interface. So I’d just go over there and then we would just make stuff, but without any guitar. And I wasn’t really liking what I was doing. ’Cause, you know, they’re his beats and they’re the way he likes it. Not that we don’t like the same thing, but I had such a drive to just do it myself. That’s when I started to play again.

So I started making beats on my own in 2016, fucking around all the time. When I eventually began liking it, I put it out. Just a guitar and bass beat. Literally, just guitar and bass – nothing else. Later on, I started playing drums, and that was it, the three you need. The rhythm section, it just means the most to me. I always start with the drums or bass. That starts everything right.

Your live show is really vibrant and energetic. Do you see that as a continuation of the music, or do you try and separate the live show from the recordings?

It’s a continuation, it’s an experience. It’s like, ‘oh you’ve heard it in your headphones and now you’re about to hear it for real’. I recently had this crazy [epiphany] in life: The fact that people come to hear us just make some noise… it’s fucking nuts. It’s an exchange of energy: I’m playing, I’m getting energy from the crowd and putting my heart and my best into it and they’re just feeding off of it. They’re really taking it in and paying attention and listening to all the chords and the drums, the breaks, the cues, the vocals, the falsettos, all that shit. So I’m always fucking making sure that they’re not bored. I’ll do some crazy shit: I’ll start dancing, screaming, jumping, just so I add some movement to the music live.

When you play live, do you try to keep it the same as you would in the studio?

Yeah, we keep it pretty similar. We keep the bones similar, but we definitely switch it up, add longers, add solos, make [the performance] feel a little different. Put a slower section at the end, maybe a buildup. Stuff that’s not in the track. Some of the tempos are a lot faster. One of them, I’m pretty sure we speed up like 20bpm. So it’s just like fuck it, we’re just gonna play it like this. [laughs] 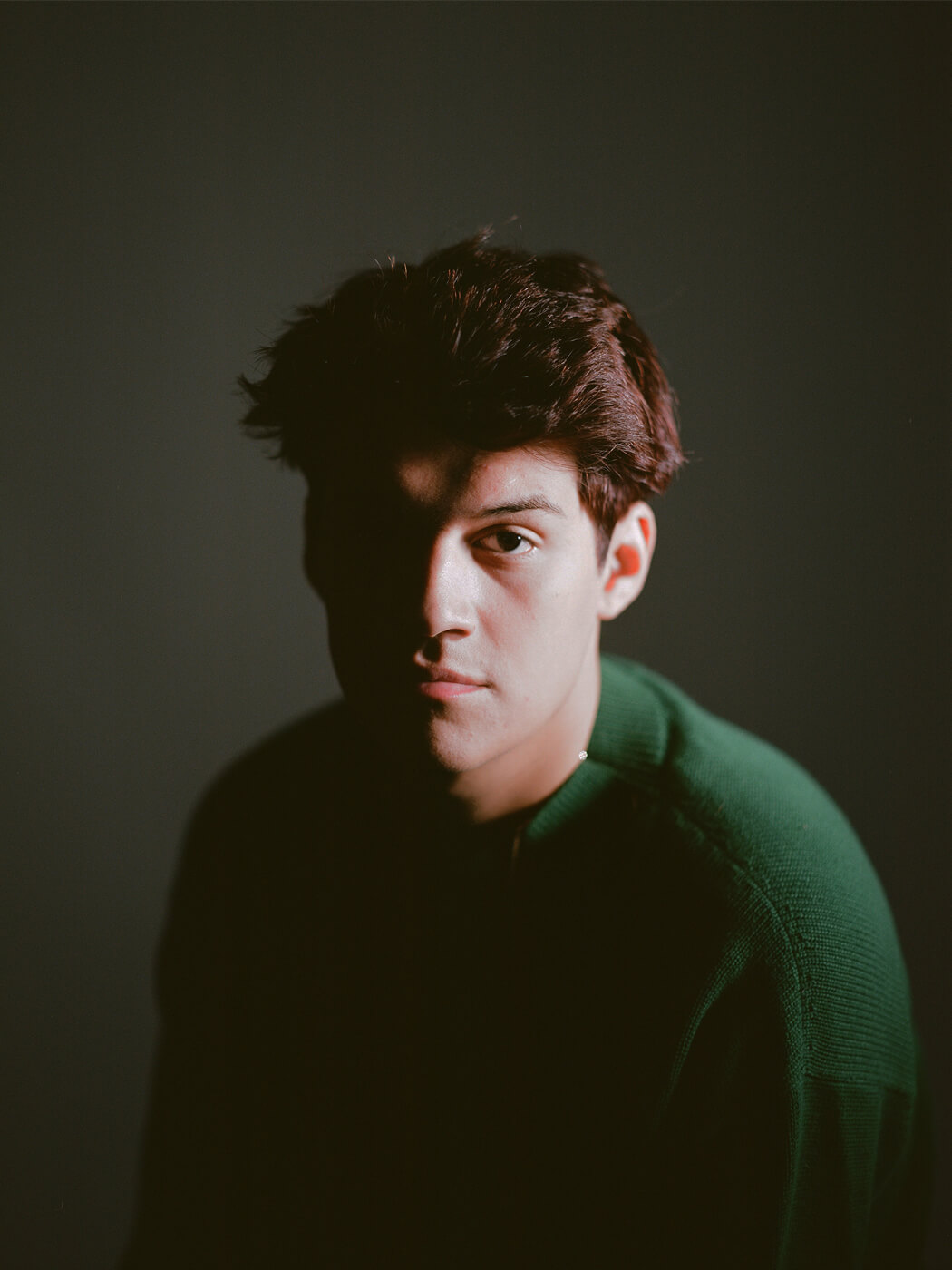 Let’s talk gear. You’ve said you’re more of a guitar player than a bass player. So what is your main guitar of choice?

Honestly, fucking Strat. I got a 60s reissue American Strat, white. But I love Rickenbacker. I don’t have one, though.

Is the Strat the guitar you’re using across your records as well?

Yeah, I use it on pretty much everything. But I’ve been gigging with this D’Angelico solidbody. This D’Angelico I have is pretty good.

So why your affinity for Rickenbackers, then?

Honestly, ’cause I grew up idolising that guitar, seeing The Beatles use it and shit. It’s just iconic. I haven’t gotten one yet. I’ve been holding it off. [laughs]

What about amplifiers and pedals?

I use the Michael Landau amp, the Hot Rod Deville Michael Landau 2×12. I wish everyone used deluxe reverbs, but one of my mentors, John Shanks, was like, “Dude, you gotta use this one,” and I got two of them.

That must be super loud with two of those.

Nah, I don’t do the stereo thing: My guitar player has the other one. And I got a pedalboard, the Fulltone OCD is kinda my main thing. I have this pretty cool reverb one and then chorus, phaser, fuzz, you know just all that shit.

Do you use the live rig on your records as well?

Sometimes. Most of them, I’ll plug in DI. I pretty much always do that, ’cause you can manipulate it a lot. It’s so convenient – I’m big on convenience. Obviously I’m gonna get into tone when I’m older and wiser, you know? But for now I’m just all about looking for that feeling.