The Swedish metal maestro reveals why Opeth chose to include jazz chord changes and offset Fenders on the band’s 13th studio album. 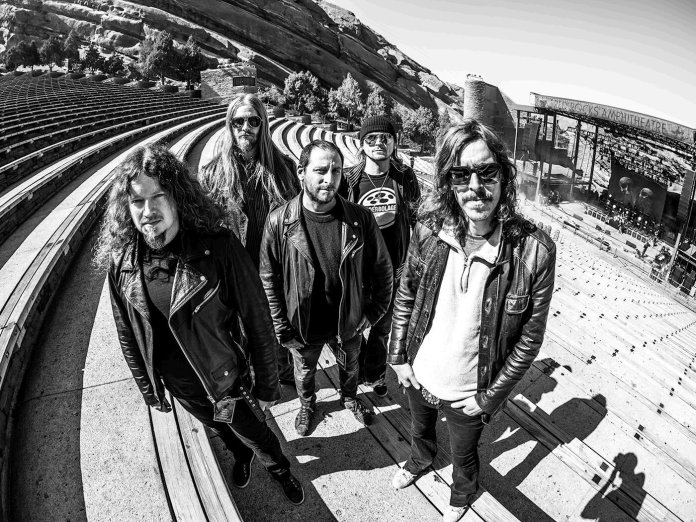 Recorded at Stockholm’s Park Studios, Opeth’s 13th long player, In Cauda Venenum, was written in both the Swedish and English language. It follows 2016’s Sorceress, which charted at No. 11 in the UK and entered the Top 10 in Germany.

Set be one of 2019’s most anticipated metal albums, it sees the band rediscover their passion for guitars, too, with both Fredrik and Michael using amplifiers built by their neighbours along with vintage Gibsons and, surprisingly, a Fender Mustang or two. Guitarist Fredrik Åkesson opens his liner notes and tells us his favourite parts on the album.

“That was a ballad solo. I tried to do something that’s more of an emotional type of solo. Before I put down the demo solo for that song, Michael told me, ‘I want you to play it so that people remember you for it when you die.’ I said: ‘Thank you for the pressure, mate!’ But he was very happy with it, and I’m happy with as well. I went for a bit of a Gilmour/Gary Moore type of approach here.”

“I bought a Flying V from ’83, a black one with a Korina body. It’s a ’58 reissue, where the strings go through the body. I use that for the rhythms on Dignity, but I’m actually pretty happy with the solo in this song. The first solo on the album is quite different, because it’s more playing over chords, instead of having a part that’s in the same key. When I improvised that solo, I wrote down the chord chart and looked at it, switched chords and just went for it! That’s what ended up on the album, but I had to relearn it and I pimped it up a little bit. Compared to earlier Opeth solos, I’d say it’s different.”

“I went for a more aggressive approach here, more of a Strat type of solo. It’s more of a metal/hard-rock type of tune and I like that there’s a good blend of different approaches with the solos on the album. It all depends on what the song is like, basically, but I think that one’s more driven. I felt like it needed some of that aggressive touch to it. It has kind of an edgy, chunky guitar tone there, but the weird thing is that we were both using a Fender Mustang!”

“This is also one of the more aggressive solos. It has some kind of energy I was trying to fetch and it says something to me at least, I hope the listeners enjoy it as well. This amp builder lives near-walking distance from my house and I’ve been working with him for a couple of years on the gain structure of an amp that we put out called a Little Hill. The brand is called Olsson Amps, made by John Olsson. We’ve managed to find a gain structure that I’m really happy with it, as it’s suitable for metal, hard rock, classic rock, everything. It has great sustain and even though there’s a lot of gain it has nice separation with chords. Right before we went into the studio, John asked me if he could put together a 100-watt amp with that gain structure to see what what it sounds like. We did it very quickly, got into the studio, compared it with a lot of other apps and it won the race, basically. That’s what we use for the rhythm guitars and it’s the only one of those amps in the world!”

“I think the ultimate track on the album is The Garroter, which is a more dark, jazzy, spooky type of song. There’s these kind of jazz chords in the chorus and some more jazzy licks that pop up here and there, I think about three of them. I hadn’t really played that on an Opeth album before. I’m not really a jazz player, I can never figure it out. I have to sit down and think about it, but I’m interested in it and I try to work on it when we have long periods of not touring. It needed something more like that, rather than more of a rock solo. So we thought about some different chords and playing over half-diminished flat chords and going in between those kind of modes into that dominant-seven type of thing. I recorded those parts with a big Gibson 335 through an old Maestro amp.”

In Cauda Venenum is out 27 September on Moderbolaget/Nuclear Blast.