“I want my guitars to be part of home decoration, like a piece of art”: Paragram Guitars on Fenders, functionality and furniture

Designer and luthier Carlos Ortiz has developed a unique brand that pays homage to time-tested designs while adding some contemporary, user-friendly flavour – helped by the support and guidance of the wider guitar community. 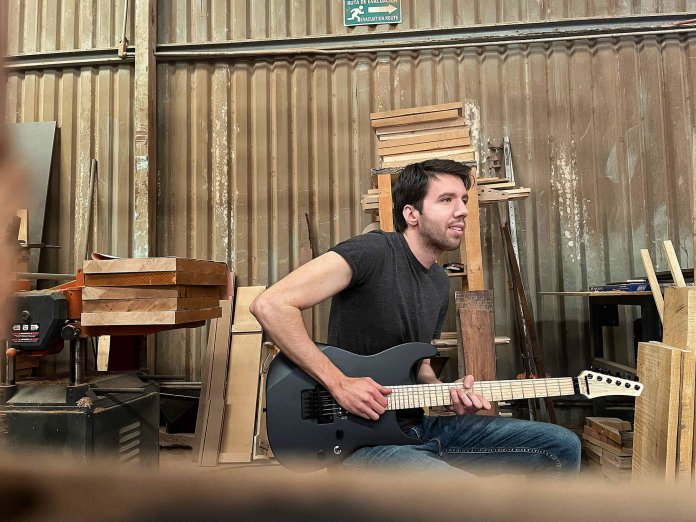 “Music has always been an important part and I’ve always been fixated on the guitar in particular, from watching videos on MTV and admiring the guitarist on my favourite bands, I knew I had to get my hands on a guitar and learn how to play my favourite songs.”

“Around the time I got my first guitar, a Yamaha bundle guitar, when I was 14 or 15 years old. I was so curious to know how it worked, so I took it apart and put it together again. I did this several times and then again with my second guitar, an Epiphone Les Paul. I’m so glad I didn’t break any truss rods!

“When I was studying industrial design, I realised a guitar was something I could make, so one summer I took it as a project, I chose a Telecaster for its simplicity, and went to town researching books, YouTube, and online forums on how to build a guitar. At that time building a neck seemed beyond my skillset so I just made a body and bought a pre-made neck.

“When I graduated college, I already had the idea of making a guitar of my own design. I was on a quest to design what I thought was the perfect guitar to me – aesthetic, ergonomic, simple, while taking into account tradition. This time I had to make the neck too, I almost had it figured out, but I still needed some guidance. I found a local luthier, owner of Olmos Guitars, and he mentored me and taught me what I still lacked.” 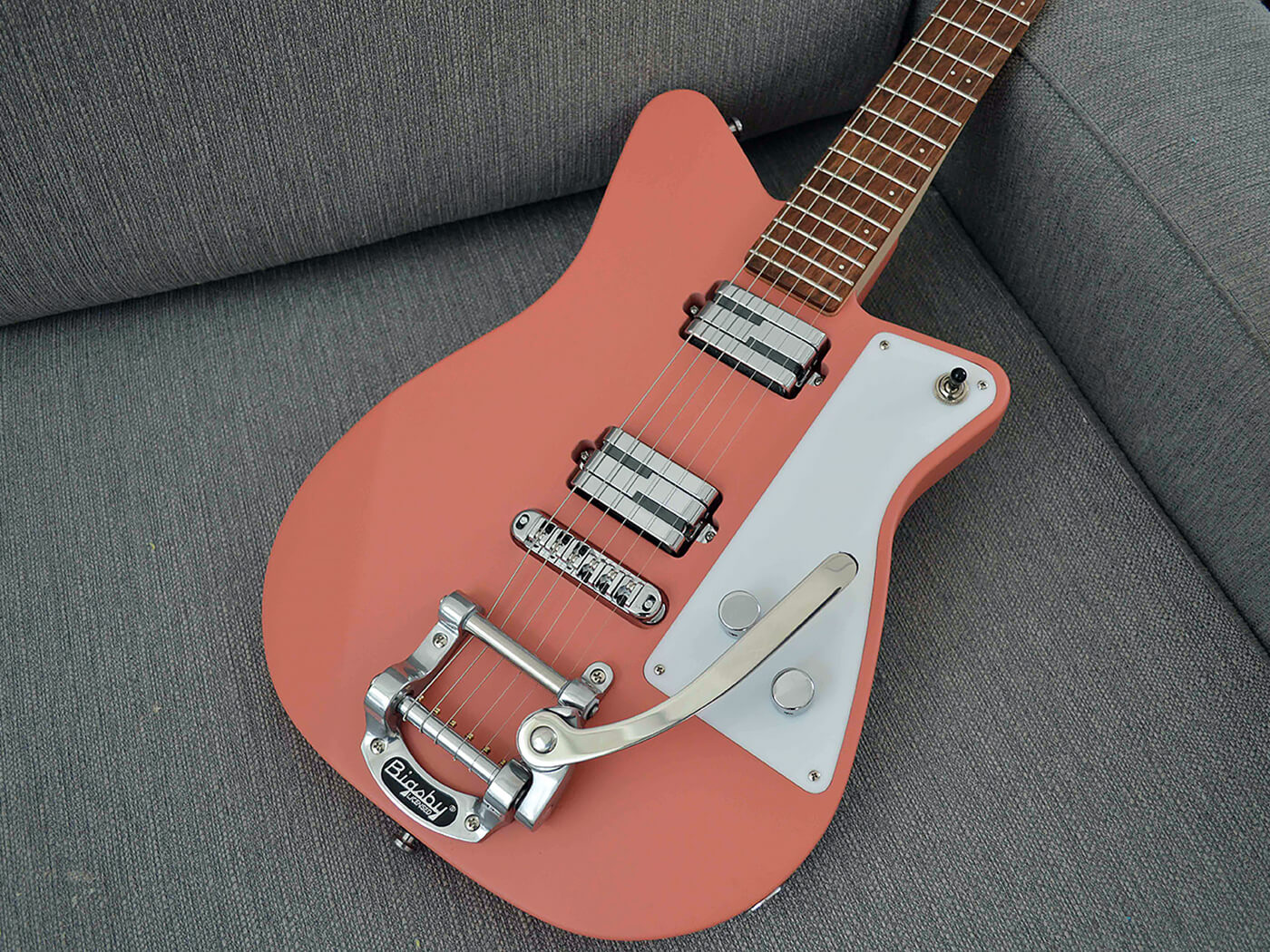 “Almost from the beginning. In college I took some business classes and there I started looking into the viability of the project, then when I arrived at my final design, I spent time doing validation on specialised Facebook groups and made an Instagram profile for the brand. I saw good response and started from there.”

“I started with my own money. The family business makes furniture, and it was easy to pivot from that. I am lucky to have access to a CNC and some equipment that helped me get started, but I started very small, made an instrument, sold it, then with that money bought more equipment and tools, made another one, sold it and so on.” 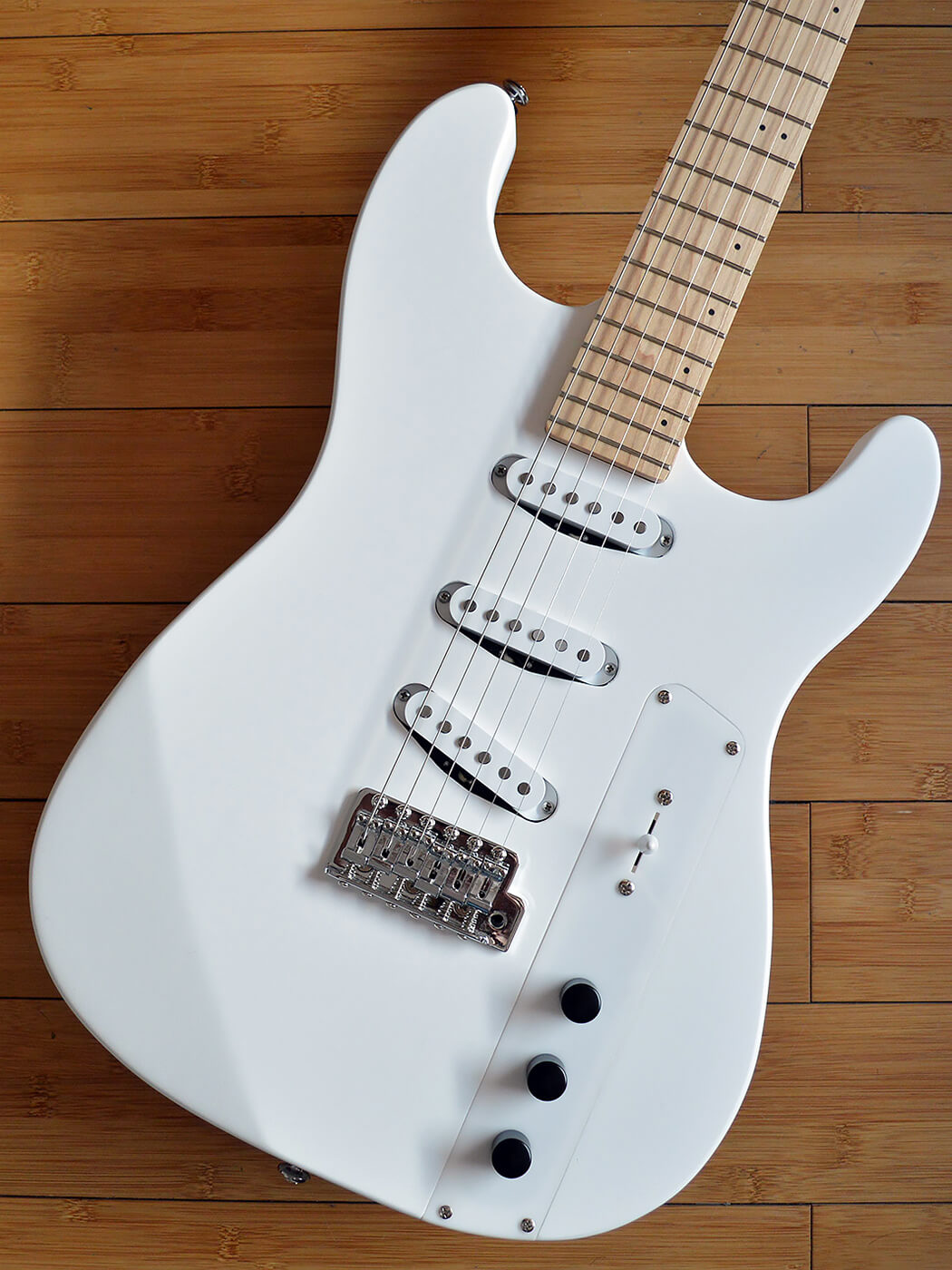 “When I arrived at my first design, my Standard model, I knew the design had to be the centrepiece of it all, so once I had that all my branding, brand identity, etc. started falling into place.”

What did you draw inspiration from when designing the Standard?

“I drew a lot of inspiration from mid-century modern furniture and minimalism. One of the things I wanted to achieve with the instruments was that apart from being a tool to make music, the instruments could be a part of decoration of the home it resides in, like a sculpture or a piece of art. Moving to the guitar world, the works of Millimetric Instruments, Frank Brothers and Fender were very influential in the aesthetic and the construction process.” 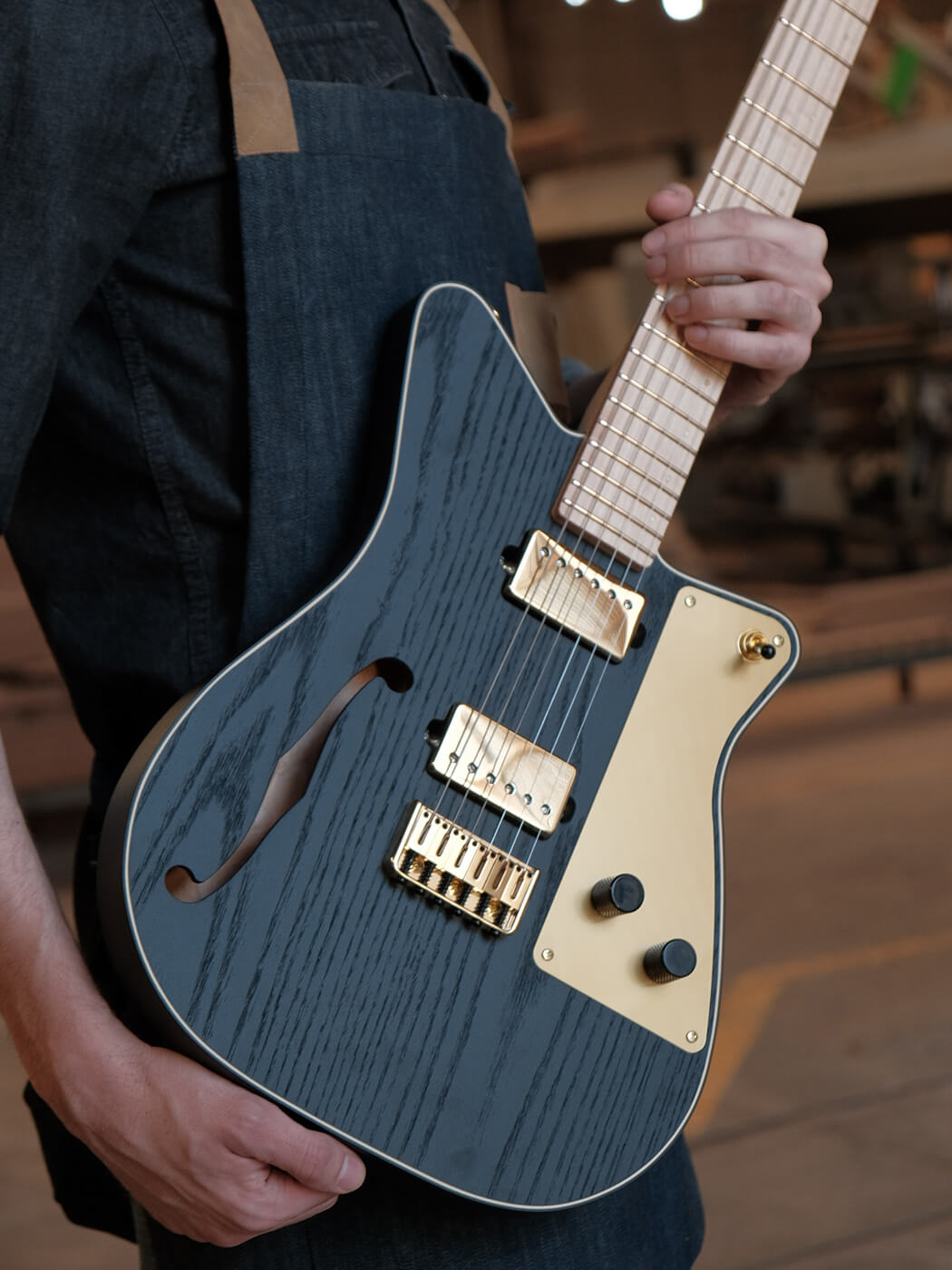 You’ve also updated familiar designs with a modern, streamlined control plate. Why did you go with this design decision?

“I wanted to pay homage to Leo Fenders’ classic design, in the same way an artist may cover a song by updating it sonically with their style. There’s a functional and practical reason too; I wanted to solve a tedious problem of working with a Strat, and that is if you ever want to rewire the guitar or change a pot or add a switch, you have to take the strings off, unscrew a dozen screws and de-solder the ground wire. With my design you don’t have to take the strings off, only a few screws and you have more space to add controls if the client requires; all the controls are organised in a tidy way.”

“I’m just really proud to have a design that people like and that they can make their own. Even though it’s my design, people have the opportunity to customise it to channel their own personality.”

How has the guitar community helped you develop as a brand?

“I have learned a lot of the craft’s tricks and trade secrets from following and messaging other luthiers who are more than happy to share their knowledge. You learn a lot too from client feedback, what works and what doesn’t. It’s a very supportive and constructive community that is very curious and receptive to try and adopt new ideas, and you can see this in the surge of new and exciting guitar brands and guitar related products.”

“I want to expand my line of products; I want to introduce a short scale bass and to make every iteration of my Standard/Agave model (something similar to what Fender is doing with its Parallel Universe series). I’ve also been working on a model that uses something that’s never been seen before, I can’t give details right now so you’ll have to stick around and see if I can pull it off.”