The guitarist details how the atmospheric rockers’ sixth studio album was put together. 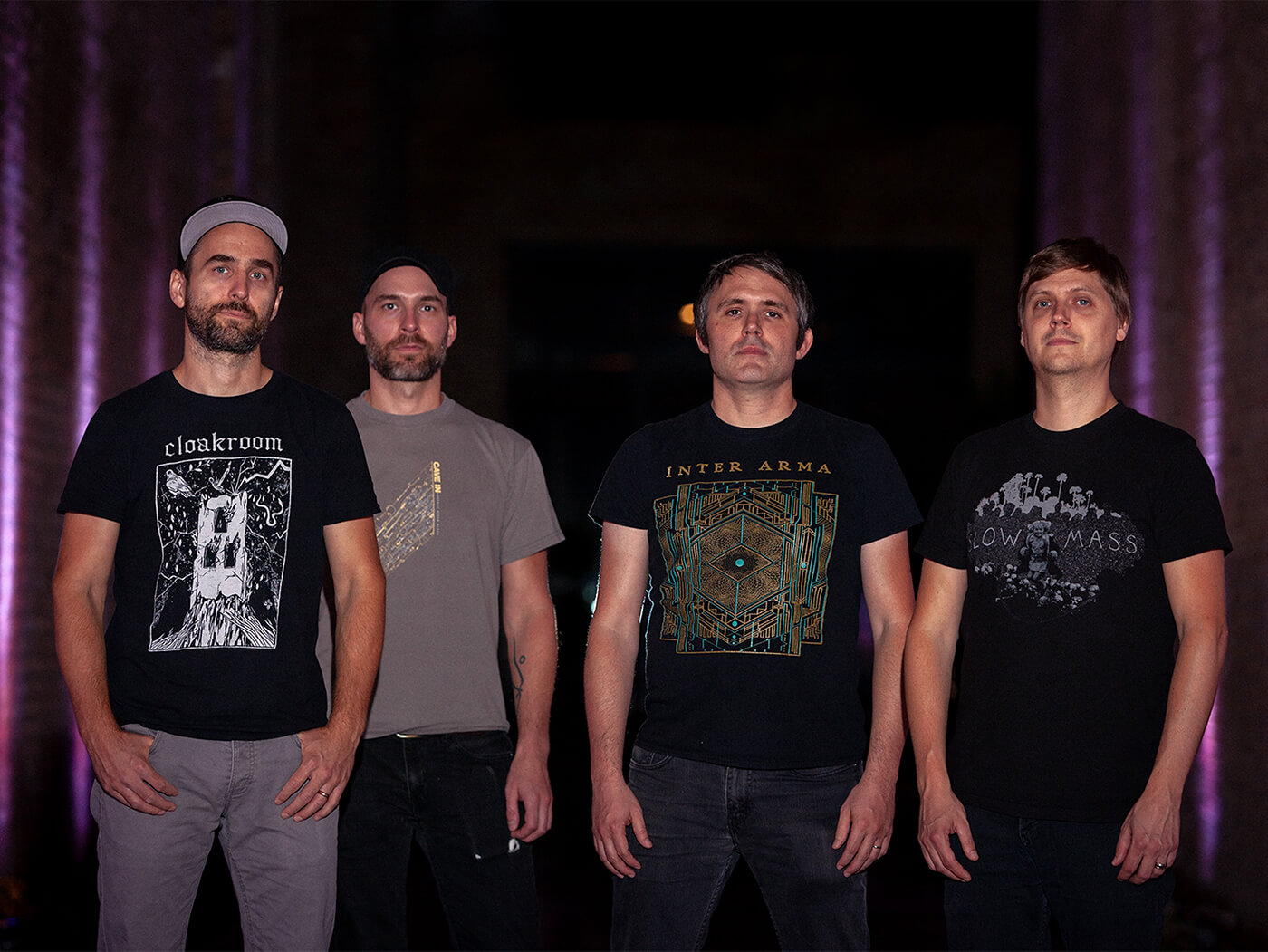 The appeal of Pelican’s music lies in the cathartic experience it affords. And with the band’s sixth studio album, which is out today, the Chicago rockers have nailed it once again. Nighttime Stories is the quartet’s first studio effort in six years, and while it’s more menacing than fans might be used to, it also features an undercurrent of hope.

Over the course of the album, it becomes more apparent that Pelican’s dark and melancholic sonic passages serve as a purge of all things negative. By the end of the record, you’ll feel like a weight has been lifted off your chest. To get a better insight into why Pelican chose to take this route, we enlisted the help of founding guitarist Trevor de Brauw. Here, he gives us the inside story on four of Nighttime Stories’ tracks, including the painful origins of the title song.

“Contrary to the title this might be the brightest and least psychedelic track on the album, which is a bit at odds with how it came together. The front half of this song was written on bass and drums by Larry [Herweg, drummer] and Bryan [Herweg, bassist] in LA and was fleshed out in the rehearsal room at a later date with the full band, which is where we came up with the midsection and coda, as well.

“There have been a few songs of ours over the years that start from the rhythm section which we then lay guitars on top. The Cliff and Strung Up From The Sky are two examples that pop to mind. Typically, having that strong foundation untethers the guitars a bit and lends itself to more sonic exploration and trippy textures. For whatever reason, this one, instead, turned into a barnstorming mid-tempo metal cum DC-style hardcore rager. We ended up using it as the first single since the melodic undercurrent seemed to pack more hooks per minute than anything else on the record.”

“This one started with a few chord progressions that Dallas [Thomas, guitar] wrote. I have to admit, when I first heard it I was slightly concerned that it was almost too minimalist and bludgeoning to work as a Pelican song, but the moment we started fleshing it out as a band it quickly became apparent that it was going to be a highlight. In a sense it’s illustrative of my belief that Pelican is more than a mass of riffs, it’s really made up the distinct musical interplay of four very unique musicians, and pretty much any part that comes to the table is going to end up sounding like Pelican.

“The repetitive end section of this song was incredibly fun and visceral to write – when it started it was a very lengthy and heady jam and it became a matter of figuring out how to hone it and sculpt it into something that was at once psychedelic and direct. This one is a real joy to play live.”

“The first song we finished for the album turned into the album’s title track. In 2014, my and Larry’s former bandmate Jody Minnoch – we were in the hallucinatory experimental grind band Tusk together – passed away unexpectedly from an undiagnosed heart condition. Larry and I set about digitally archiving old recordings and live videos, and it set me on a retrospective path. I started thinking about this very specific aggressive and discordant path I sought with my guitar-playing in those days.

“The initial riffs of the song spilled out of me just ahead of a rehearsal we had coming up, and the song expanded out into the midsection. We didn’t get to come back to it until many months later, when I was in LA for a work trip. I managed to carve out a few hours to meet with Larry for a rehearsal. We kept running the song and each time we ran through it, I would improvise at the end, adding a new riff with each pass until we had a finished song. It was a fun and cerebral way to work – despite the discordance and aggression, the song follows an intuitive path.”

“I feel like this one sounds a bit more like what people expect from us than perhaps the rest of the album does; it straddles the line between thick heaviness and melancholic melody. Our first glimpse of this was a more-or-less finished guitar demo Dallas sent. Larry pretty quickly set about recording a drum part to sync up to Dallas’ guitar and it became clear that this was already an almost-finished song, unlike the other tunes on the album that mostly came together in the practice space with all four of us.

“At first I was a bit irrationally sensitive about it, feeling like I’d been cut out of the writing of one of our songs, before I realised that the song was comprised of both new parts that Dallas had written as well as some riffs that had been languishing in our song ideas Dropbox for a long while – maybe years – including some of my riffs that I had long forgotten about. So heartfelt thanks to Dallas for rescuing those from oblivion. This song concludes the album, and we wrap it up with easily the most pastoral and lush sounds on the album. In a way it’s a sonic reflection of what the catharsis of playing our music live feels like: a long period of intensity followed by a feeling of weightlessness.”

Nighttime Stories is out now via Southern Lord Records.