The Fab Four tried to hide behind cranked amps and atonally strummed guitars, but machine learning allowed the Oscar-winning director to reveal the private conversations hidden for over 50 years. 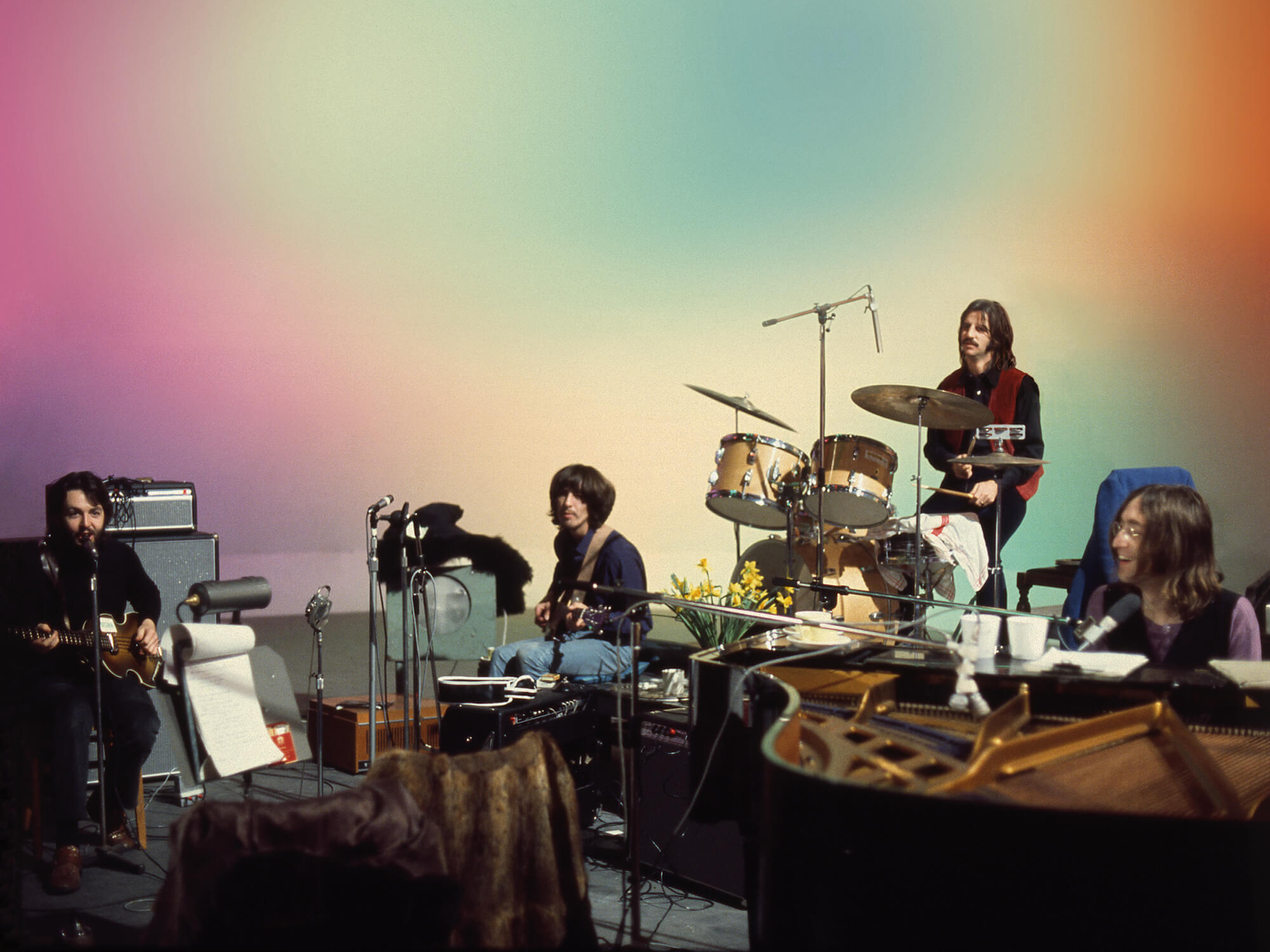 The hugely anticipated Get Back documentary series promises to give Beatles fans a brand-new insight into the circumstances surrounding the recording of the band’s final album, Let It Be, and director Peter Jackson has revealed that some of this new material was gleaned by using AI to uncover conversations between the Fab Four that have remained unheard and unreported for 50 years.

The 150 hours of material that Oscar-winning Lord Of The Rings director Jackson used to make the three-part documentary, which premieres next week on Disney+, was originally shot by director Michael Lindsay-Hogg and used to make the 1970 documentary Let It Be. The notion of a fly-on-the-wall documentary was not common in 1969, and so despite Lindsay-Hogg’s best efforts to capture a candid picture of the making of The Beatles’ final album, his subjects weren’t always cooperative.

“We came to realise when we were watching it that John and George, in particular, were very aware that their private conversations were being taped the whole time,” Jackson explains. “But the strange thing was that is instead of saying to Michael, ‘Look, Michael, if we’re gonna be recorded on film, tell us when you’re doing that and we’ll do our thing, but we don’t want you to film or record us any other time’.

“They obviously didn’t say that, because they were in this running battle with him! So what John and George used to do is, if they were in a conversation, they would turn their amps up loud and they’d-and they’d strum the guitar. They’d just be strumming, not playing anything, no tune, just [makes a guitar sound]. So, all Michael’s microphones were recording was this loud guitar, but you’d see the Beatles talking, having some private chat.

“So a lot of our movie, or certainly some key parts of our movie, feature private conversations that they tried to disguise or tried to cover up at the time he was recording them. But we’ve been able to strip those-those guitars away now, which is a little bit naughty!”

In addition to giving us never-before-heard access to the Beatles private conversations, AI has also been able to capture the essence of the infamous Twickenham Studios rehearsals for the album, where the only record is an unmixed mono recording from the film crews.

“At Twickenham, they’re rehearsing and so they’re not recording on eight-track, it’s just mono,” Jackson explains. “So when they’re performing, there’s no mixer, there’s no Glyn Johns, there’s no George Martin. It’s just a film crew with a microphone recording them and they’re all over the place!

The vocals get drowned out, the guitars are loud, you can hardly ever hear Ringo – ’cause they weren’t recording proper performances, it was rehearsals

“And so then we can take a mono track of them in Twickenham performing and we can say, ‘Just give us the vocal track’. And the machine learning will render a vocal track only. So, you’ll see Ringo in the background playing the drums, but you don’t hear the drums.  Not one bit of drum noise – just the vocals clean.

“So the big breakthrough for us was actually not [restoring] the pictures, even though that’s what you obviously look at, it was the sound. The way that we managed to split off the mono recordings in the mouldable tracks.”