From the ashes of Donovan Wolfington came guitarist Neil Berthier’s next project – the raw and emotive PHONY.

If you had your finger on the pulse of underground American indie-rock a few years back you might have stumbled across the addictive, punky thrashings of New Orleans’ Donovan Wolfington. After the release of their 2013 swansong Waves, vocalist and guitarist Neil Berthier set out on his own, adopting the moniker PHONY.

Following up his debut LP Songs You’ll Never Sing, the new PHONY record Knock Yourself Out is a captivating mix of raw emotion and gritty, melodic bummer punk. Channelling Tom Petty-adjacent riffs and a heavy seam of college-rock jams, it was recorded in Philadelphia with Modern Baseball’s Ian Farmer after a long series of drives north. We caught up with Berthier to talk moving on, Maryland highways, and the power of a busted Strat.

After Donovan Wolfington broke up, where were you as a songwriter?

“Defeated. That whole situation really fucked me up. I put all my eggs into one basket and that was dumb. I never stopped writing, though. It’s literally all I think about. They’re just fun emotional brain puzzles to me. It’s how I process things. In some ways, how I started over was never stopping.” 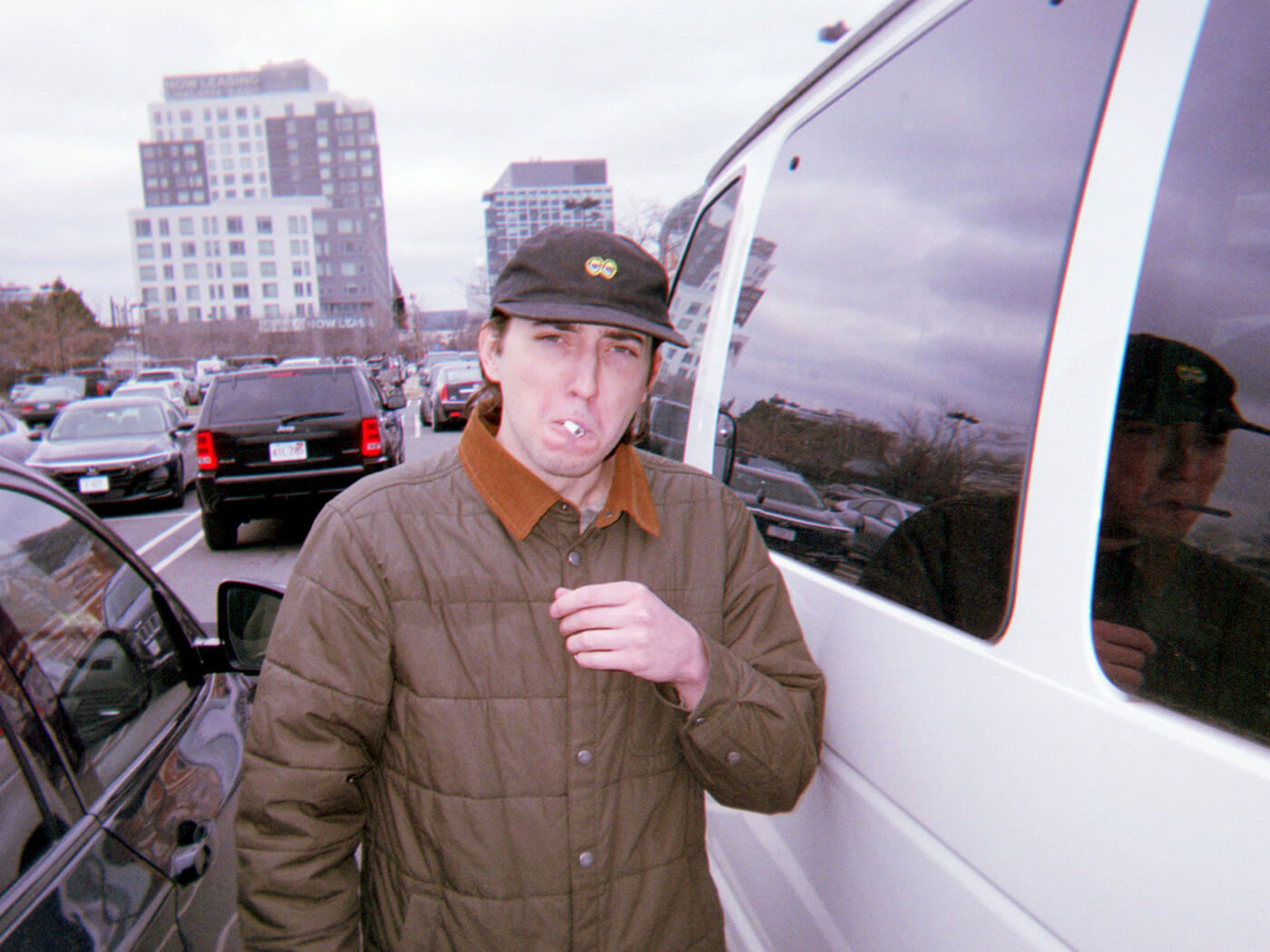 There’s an interesting aside about Knock Yourself Out with the fact that it was recorded and briefly released a little while back. This is its second coming.

“Essentially, I was making that record on the side. Once we had officially split up as Donovan Wolfington it was pretty natural to just keep writing slowly. I sent a demo to Ian Farmer and he was like, “If you can get to Philly, I wanna make this record with you.” At the time I had weekends off so I would take the Friday off and drive up, stay in Nashville on the way there, which is how I ended up moving there, then get to Philly around two or three in the morning.

“We would wake up at nine and track until like 11 at night. I got into a car accident the first time, on the highway in Maryland, and almost had to turn around. I kept trudging through and I’m really happy I did. Some guys got cut off by someone else and ran into me, but I have 12 passenger van. It’s a tank, so nothing really happened to me. I’m really grateful for this experience and we had so much fun making it. It’s the first time I ever got to play all of the instruments on an album. Ian is such a talented engineer and producer that we just did the work and had fun.”

You’re working with a rotating cast of friends on this project—how does that familiarity help you as a songwriter and bandleader?

“It makes me relaxed. Everyone who’s been involved with anything PHONY-related I trust very dearly. They’re there because they’re my favorite people and amazing at what they do. It leaves room for everyone to thrive and have fun around the structures. That’s been the goal the whole time.”

On Knock Yourself Out there’s a really interesting melodic balance between your guitar lines and their synth counterparts.

“It’s the first record where I wrote everything on an acoustic guitar. It opened a few neat doors for me. The synth stuff was all later, but I really wanted to try new things and use a bunch of instruments that I hadn’t before. We used this digital synth plugin called Omnisphere that’s usually used for scoring movies for a lot of it. It was fun to mess around with those tones and create new ones by stacking sounds on top of each other.” 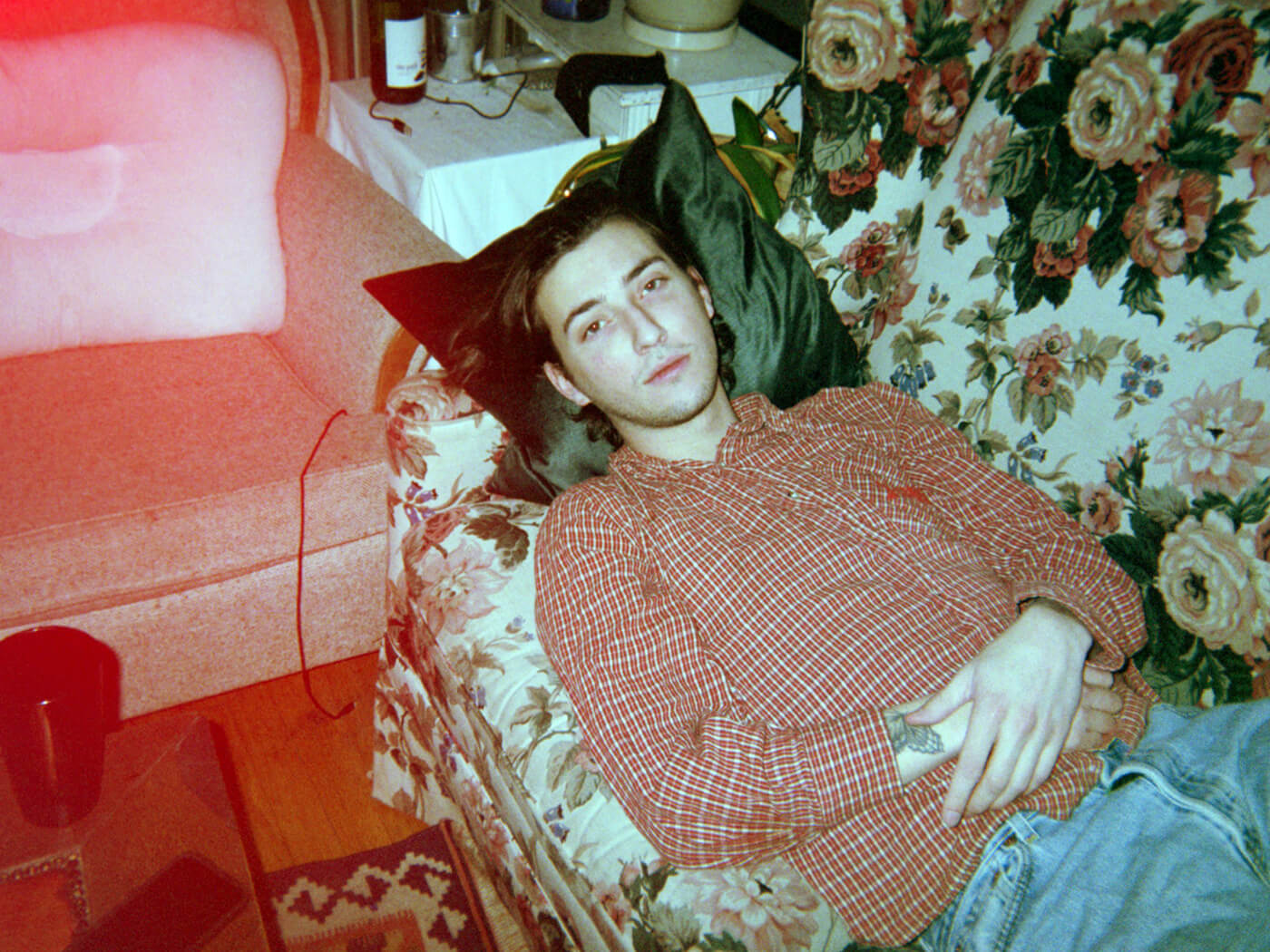 What was your guitar setup on Knock Yourself Out?

“The idea was that I wasn’t going to use any instrument I had used on any prior record. The main combo was a ‘71 American Tele that my friend let me borrow, and this Gibson SG. We were switching amps all the time but there was this Music Man 212 we were playing through a lot. Generally I use a Marshall JCM900 through an Orange 212 with a 2013 Gibson Les Paul Goldtop 50s reissue.”

Way back at the beginning, how did you get into playing guitar?

“My first instrument was viola, actually. My school didn’t have a guitar so that was the closest thing. I was in fourth grade. A year later my friend gave me his knock off Strat with no strings. The neck was warped so I couldn’t use it, but just holding it gave me goosebumps. Honestly, Jimi Hendrix and Nirvana were the most earth-shattering things for me. Jimi is still my favourite of all time, but I also loved Angus Young when I was 10. It all kind of started there. I became obsessed and punk found its way in through Ramones, Rancid and the Clash.”