The Tyneside quintet are quickly becoming one of the most prominent new bands in the UK. We spoke to vocalist Jackie Purver and guitar players Garth Purver and Andrew Jones about recording whilst working as key workers during the pandemic and how music charities funded their album.

This is your first new music since 2020. Why did you wait to release new material?

Jackie Purver: “It wasn’t really intended to be honest. We wrote the album in 2020 and recorded it in early 2021 so it’s been ready for a while, but with the world on pause during the pandemic and delays at pressing plants due to demand, it’s just taken a little while to come out. Hopefully, everyone will feel it’s been worth the wait.”

You have a fairly small back catalogue as a band. Why was now the right time to record and release your debut album?

Jackie: “We started in 2018 so did as all bands do and concentrated on playing live first then building on singles to get music out there. The aim was always an album but without the PRS funding, we’d not have had the backing to do it. We’ve really enjoyed making an album and the nuances of it. The pandemic gave us time to write and record (although we were all still ‘key workers’ so were still doing our 9-5s around it).”

Garth Purver: “I think there’s a tendency to think you need to be at a certain level before you do an album and due to that you can put it off and before you know it never happens. We always wanted to make a full record, to create something that’s a larger body of work, so as soon as it was viable we just jumped at the chance.”

You received support from PRS and Help Musicians for your debut album. Why are these platforms so vital to independent artists?

Andrew Jones: “I feel one of the biggest barriers for musicians is financial. Paying for instruments, a rehearsal space, transport, studio time. It all adds up and it’s been harder than ever to break into it. We’re a band which has continuously operated within its means, so in the past, it always made more sense to focus on singles. Having the opportunity to work on a more long-form project has always been a dream and we simply couldn’t have afforded to do it without the funding!”

World To Me is released on Clue Records. Given their work with other revered new bands, like Bored At My Grandma’s House and Yowl, how have they benefitted you as a label?

Jackie: “Clue have been really really supportive and we felt from the outset that we align with their values. They are based in Leeds which is nice for us to have them close and they understand that we want to celebrate our Northern roots. They have really let us be part of every bit of the process, been creative with new ideas and are genuinely just really great people.” 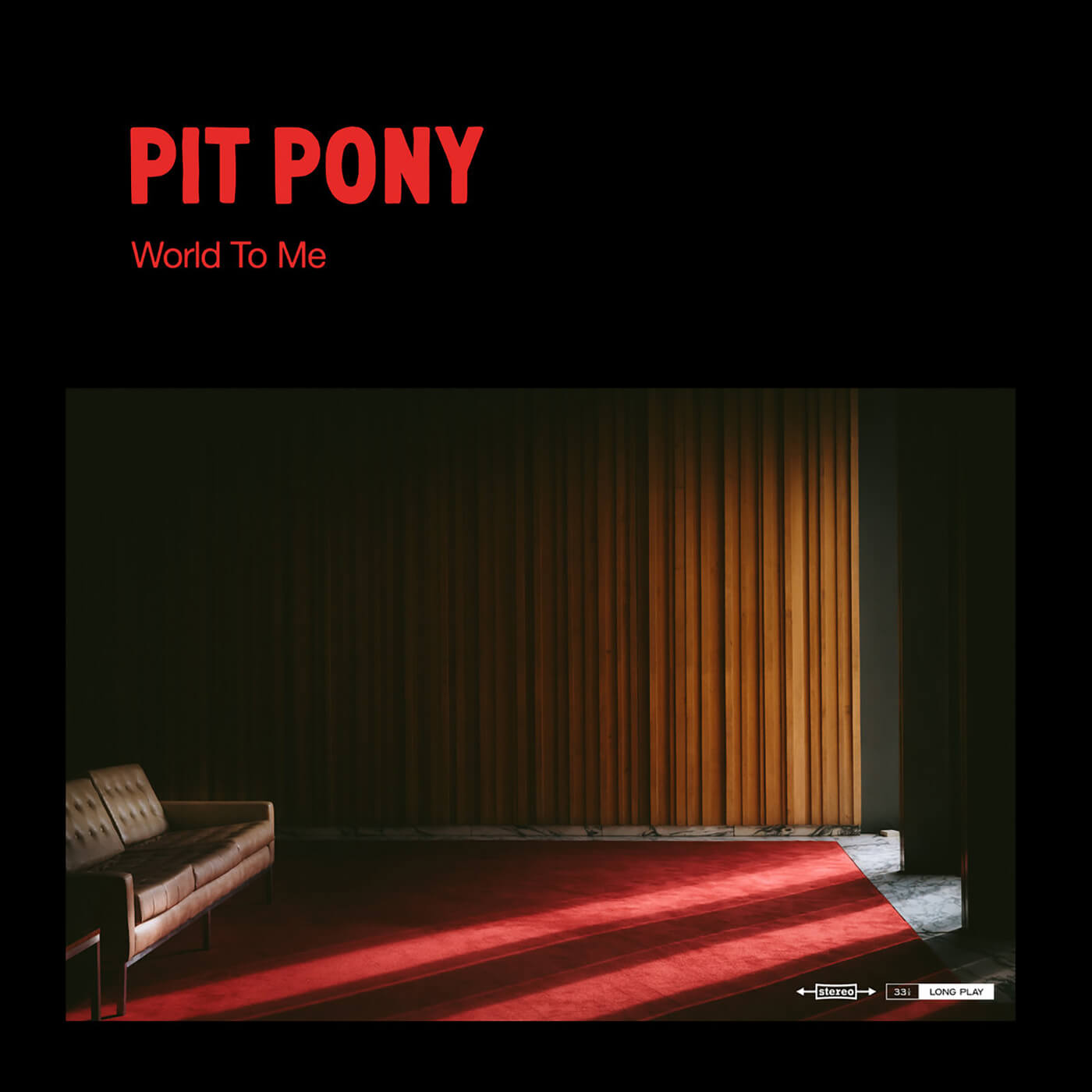 How have your recent exploits on the road with IDLES and Life helped you develop as a band?

Jackie: “Supporting bands we love is a really great experience and makes us want to up our game. Especially IDLES who are so brilliant live. It’s also nice to get out and meet people and hear which songs they like, and connect a bit more. The bands we’ve supported have been really kind to us.”

Andrew: “It became very important to tighten up our live set, so we started rehearsing heavily with that in mind. Being on tour certainly gave us more confidence but also allowed us to know which tracks worked in that setting, which was a feeling we tried to capture while recording the album.”

What are your main influences on World To Me? Sonically it’s more atmospheric than your early material

Jackie: “For me personally it’s people like PJ Harvey, Alison Mosshart, Liela Moss, Deap Valley. Lyrically and in delivery I’ve tried to be as authentic as possible and there are some quite personal songs in there, especially World To Me.”

Andrew: “When writing the album we made a playlist of albums whose production we enjoyed. Despite us having a diverse range of music, the atmospherics was a common feature in the selection. Personally, I’m a huge fan of psych-rock (Spacemen 3 and Kikagaku Moyo in particular) so the use of sounds, space and all the small details was a conscious effort. I also got into film scores and soundtracks during the early lockdown. I’m a fan of Trent Reznor’s work, particularly on the 1996 PC game Quake and how much mood he creates through pure ambience. I’m also a strong believer in having a laugh and seeing what fun sounds you can come up with, so it was really great to have a crack at that.”

“One example is in World to Me where we recorded samples of guitar feedback in key and ran it through an EHX Catherdral pedal on an infinite reverb setting. We layered different samples together to create a chord that when combined sounded not unlike a string section. I think it’s a great detail and perhaps a part I’m most proud of on the album.”

How did that impact your approach to recording guitars for the album? What guitars, amps and pedals did you lean on throughout the process?

Andrew: “Dick Dale and East Bay Ray (Dead Kennedys) are big influences on me as a player and I love that surf sound; so I mainly play a Fender Jazzmaster with thick strings through a Twin Reverb amp which serves as the foundation for me. Although I did move to a Gretsch hollowbody with some beefy humbuckers for some lead line or if we needed to sample some feedback! We also used a lot of Orange amps for the overdubs and double-tracking. They’re just so versatile and powerful, it was incredibly satisfying to crank and push them as much as possible.

“In terms of pedals, I’m quite a nerd and tend to geek out so I could talk for days about this but you could probably summarise the approach as a liberal use of fuzz, reverb and delay; especially for the more atmospheric parts. A lot of Death by Audio’s range was used throughout. I find they can be really creative pedals but it also helps they’re just so fun to play around with. The Fuzz War was used on almost every track and has to be one of the most brutal pieces of gear I’ve ever used. I also got a lot of use from the Phosphene Scream which can get pretty wild and untameable, but was perfect for the more atmospheric sounds.”

“Finally, as a lockdown project, I had a go building some DIY clones of pedals I’ve long desired but never owned. A Sovtek Big Muff with a mid booster and a repeater/tremolo from a Vox Starstream. A special shout-out to the Boss Space-Echo. For one overdub Garth played the guitar while I controlled the pedal and I simply fell in love with it. I ended up getting one for myself but I really wish I could afford a proper one!”

Garth: “For me, I played an Epiphone ES-335 Pro for most of the record to give the rhythm parts the beef, and then my Mustang on tracks where I play more of a lead part or if it needs that surf tone. Saying that, I’ve just had a Hot Rail bridge pickup installed in a Jaguar; I use that for everything now as it can now cover both bases. On the title track, I played my late Dad’s Gibson J–45 so that was pretty special. Anything on that sounds great. Amp-wise I always use my Hod Rod Deluxe. I’m not quite as big a pedal geek as Andrew but I do still use a fair few. Constants on the record are a Pro Co Rat, which was almost always on as distortion, and then a Boss Space Echo which I’ve had for years and is probably my favourite ever pedal.”

Pit Pony’s debut album, World To Me, is out now on Clue Records.