“We were little pieces of shit”: Polyphia on teenage fame and making music with Steve Vai

Genre-fluid instrumental prog-metal act Polyphia have made their name by not giving a damn. Tim Henson tells us more.

Polyphia are hot shit and they know it. When Guitar.com video-calls one of the Plano lads’ players and co-founders, Tim Henson, he radiates just enough of an “I-don’t-give-a-shit” attitude to make him interesting. He has his camera turned off and speaks in an unwaveringly flat tone. And he doesn’t care about who he upsets.

Polyphia’s lack of fuck-giving is the cornerstone of their success. They emerged from Texas as teens with MySpace deathcore haircuts, but it wasn’t their breakdowns that made them stars, it was ditching metal and instead writing some of the most genre-busting licks of the 21st century. Mixing funk, math rock and hip-hop in their instrumental jams has earned them millions of YouTube hits and Instagram fame.

“We take inspiration from anything,” says Henson. “If you were to take away the guitars on the past few records and just listen to the drums and bass, they’re just playing beats, whether they’re trap beats or future bass beats. If you were to take the guitars off and then add vocals to what’s playing, it would just sound like whatever genre of music it is we’re doing. The guitar is the only guitar-y thing about Polyphia: the rest is just humans playing programmed parts.”

On new album Remember That You Will Die, it’s almost like the band are out to piss certain sects of society off. The title is a wolf in sheep’s heavy metal clothing, adapting the Latin adage memento mori into a phrase that screams rock ’n’ roll brutality.

However, opening track Genesis doesn’t begin with a metal riff but instead a gentle, strumming funk lick, which is quickly overwhelmed by swelling horns courtesy of soul-loving production duo Brasstracks. Then, on second song Playing God, tinkling pianos cave in to acoustic guitars fingerpicked at lightspeed – you can almost hear Tim and fellow guitarist Scott LePage’s calluses burning as their left hands slide up and down the fretboard. 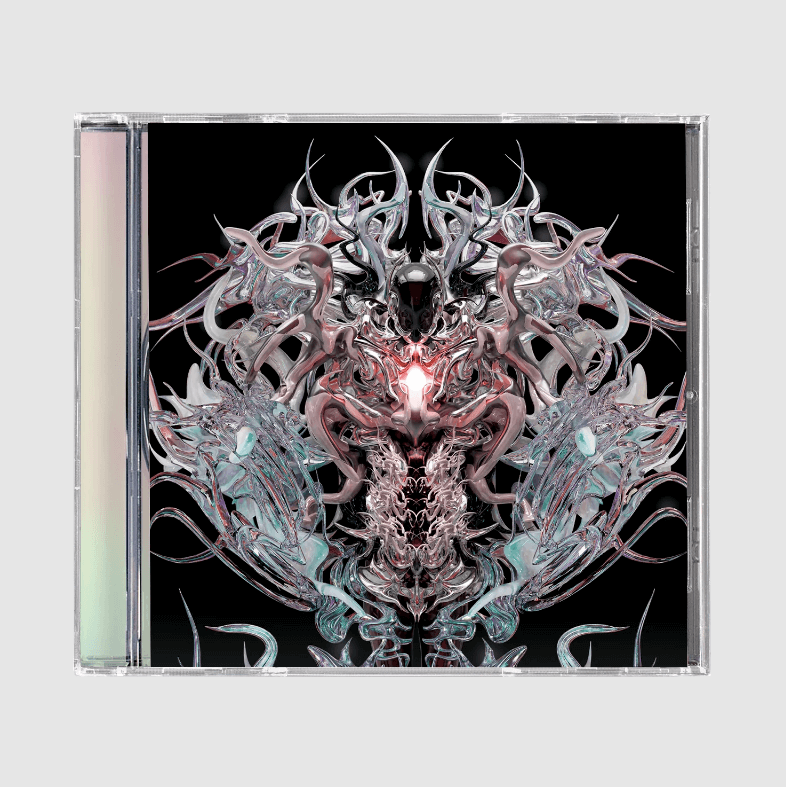 Guest stars from every genre crop up across the album. Pop singer Sophia Black is the foundation of the track ABC, on which her casual alphabet rap compliments the band’s frantic picking and slap bass. Fellow rappers Killstation and $not dominate the middle section of the album, before Deftones frontman Chino Moreno lends his croon to the electric djent chugging of Bloodbath, Remember That You Will Die’s only pure metal moment.

Oh, and then Steve Vai rocks up. The seven-string pioneer appears at the end of grand finale Ego Death, slicing through the mix with a distorted, start-stop solo. It’s a monumental get and, as much as Tim claims to be “stoked” about it, his voice still doesn’t escalate above that not-bothered monotone.

“In 2020, Steve asked us to open for him at his NAMM show,” Henson matter-of-factly remembers. “Afterwards we went to the DiMarzio party and got drunk and asked him, ‘Okay, would you be down to feature on one of our songs?’ And he was like, ‘Of course!’ A couple of years later, we had the song and sent him an email. And here it is.”

Even with a name as prestigious as Vai, though, Polyphia still fucked with his playing enough to retain their anti-solo, pro-melody vision. In a recent Guitar World interview, the Vai recalled being taken aback by how they’d chopped up what he tracked for them.

“Usually when I do something for somebody, they just take it the way it is,” he said. “These guys are very creative, and they like to manipulate things. When I first heard it, though, it was so different. I thought, ‘Maybe they didn’t like what I did!’”

Despite his subversive outlook on the instrument, Tim was never raised to be the next guitar hero. He was born to a Chinese mother and American father, and at just three years old was enrolled in violin lessons. “Talk to literally any Asian mum and they’ll tell you that they got their kid to start tap dancing at the age of two,” he says. “A lot of immigrants view the United States as the land of opportunity, so you have the opportunity to start on something young and bust your ass at it.

“I fucking hated the violin growing up,” Henson continues. “I had fairly abusive teachers. If I fucked up, I got my hand slapped with the fucking bow. And I can’t say that my mum was super-chill about forcing me to practise either. You can imagine, as a child, you’d just fucking hate it. But it taught me discipline and I’m very grateful for the experience, because it made me fall in love with guitar.”

At the age of 10, Tim saw his dad playing an old guitar of his for the first time. “I had no idea that he played for the first 10 years of my life.” Seeing another stringed instrument – and also spotting a potential distraction from his distressing violin lessons – Tim picked it up. By 15, he’d phased the violin out completely in favour of the guitar.

With his dad a fan of classic rock, Tim started by learning Black Sabbath riffs and the pentatonic scale. “Black Sabbath is so easy to learn by ear,” he explains. “Everything is pentatonic E minor.” He subsequently started Polyphia with schoolmate Scott when the pair were still young teenagers.

After a short stint as a deathcore band, Polyphia got their first taste of success when their playthrough of Impassion – a single from their 2013 debut EP, Inspire – went viral. Within three months of being uploaded to YouTube, the video amassed 250,000 views. By Polyphia’s standards today, that’s paltry: their video for Ego Death eclipsed the 4 million mark in two weeks. At the time, though, the love for Impassion went straight to their heads – as it would; Tim was only 17.

“We were definitely little pieces of shit about it,” he admits. How so? “Just kids being kids. You can be a kid and be a piece of shit without cool things happening to you. I remember, in high school, my dream was to tour for a living. A few short years later, we were doing that. Then I was like, ‘If we could get even bigger, that would be cool!’ It takes a minute to grow up, especially when your frontal lobe is developing.”

Think of Polyphia as half progressive instrumental band, half online influencer. When the band released their video for Euphoria in 2016, they featured a half-naked supermodel as its thumbnail image, which has clickbaited 4 million people and counting. The top YouTube comment reads: “Very clever – using images of a beautiful woman to trick me into discovering a great guitar band. Thank you.”

When promoting their third album, 2018’s New Levels New Devils, their promo photos showed the four-piece perched on a Mercedes, dressed like – shock, horror – the cool kids on the block. For youngsters who had ascended through the tech-metal guitar community, it was blasphemous behaviour. Tim makes no bones about what mattered back then: being cool and getting girls.

“I remember seeing [2004 video game] Tony Hawk’s Underground 2 have a Metallica promo,” he remembers. “It was during the St Anger shit, and they all rolled up to their rehearsal space in Mercedes. I thought that was so fucking cool! That’s when we came up with the meme of calling ourselves not only the biggest but the best metal band in the world.

“Also, around the time that we wanted to get bigger, One Direction were still a thing. We were like, ‘Okay, let’s do what they’re doing – obviously girls like that.’”

Nowadays, Polyphia’s ambition hasn’t diminished – it’s just a bit more grown-up. “We’d like to be able to make things with whoever we want to,” Tim says, “whether that’s superstars of the modern day, legacy acts from a long time ago or underground bedroom kids. We just want to be able to create with whoever we want to. However big it is that you need to be, that’s how big we want to be.”

Clearly, Vai and Moreno were just a stepping stone…

Remember That You Will Die is out on 28th October via Rise.