Located in Arkansas, Aviva Pilgrim hand builds each instrument from her intimate workshop with a focus on methods and designs inspired by the early 1900s. Here, she discusses the influence her old-time string band has on her luthiery, being a female guitar maker and ensuring each instrument has a personal touch, from consultations with every customer to hand printing the label inside the body.

What first drew you to acoustic guitars?

“I’ve played guitar in an old-time string band since I was 19. I love the versatility and portability of an acoustic guitar.”

You studied under the tutelage of Todd Cambio at the Fraulin Guitar Company. What impact did that have on your own work?

“I didn’t have any interest in new guitars until I met Todd Cambio and saw the guitars that he built. I originally had the ambition to repair vintage guitars but working with Todd showed me that I could build in a traditional style and also have the creativity that comes with building an instrument from scratch. I was interested in using domestic woods and building ladder braced guitars from the beginning and as a young, amateur, female luthier it was really great to have the encouragement and support of Todd, especially since the modern guitar world wasn’t too keen on those ideas. Todd taught me so much and I’m really so lucky to have him as a mentor and friend.” 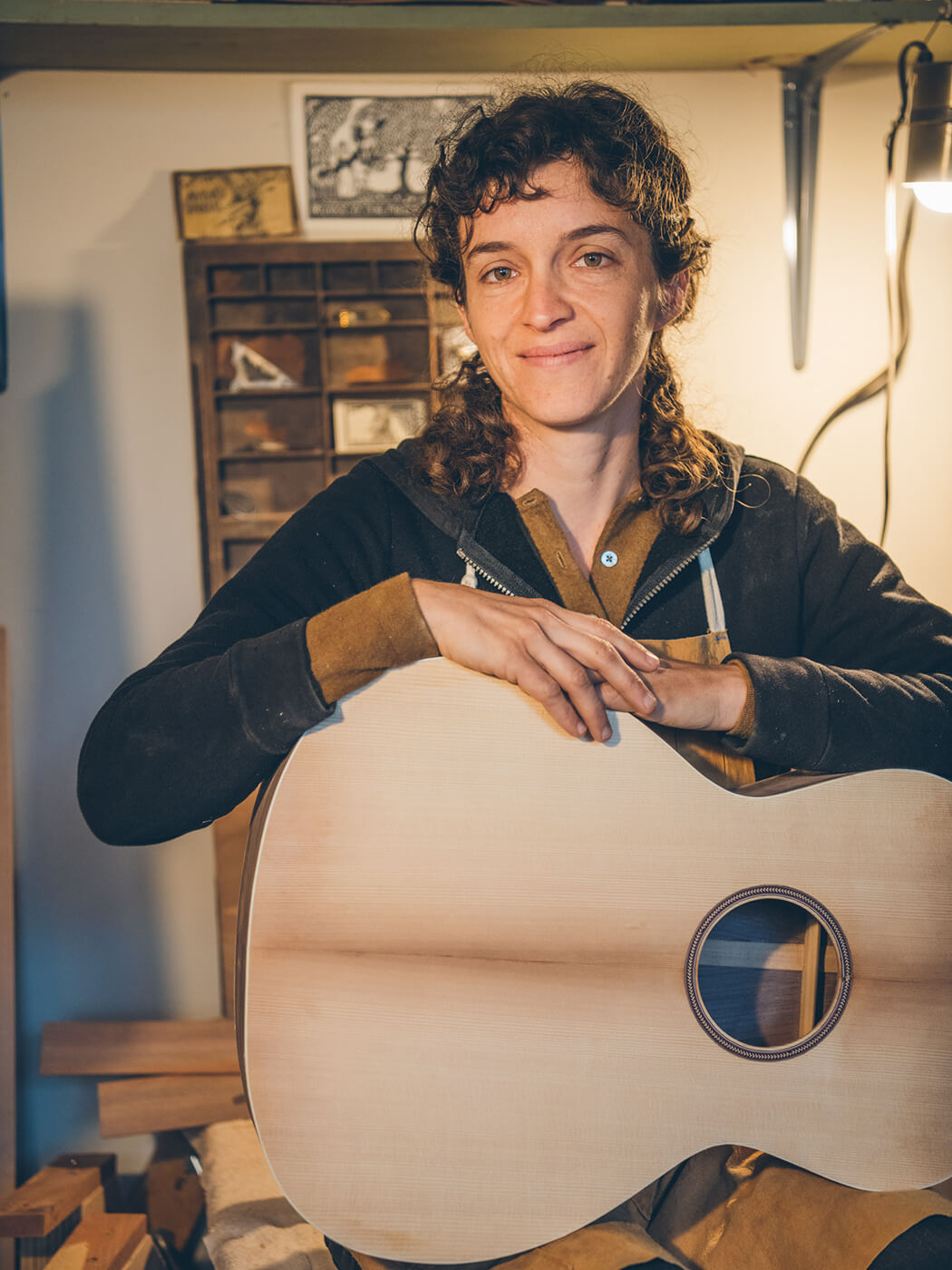 What is it about early 20th century parlour guitars that interests and inspires you so much?

“I love the feel, sound, and aesthetics of an old guitar. The woodworking technology that was used at the time, the use of domestic hardwoods… It was an innovative time for guitar building, and I think there were a lot of great ideas that came out of that period that shouldn’t be forgotten in the name of modernity.”

When did you choose to pursue luthiery as a business?

“I didn’t have high expectations for a business, I just started by following my interests and was tickled when I started getting orders.” 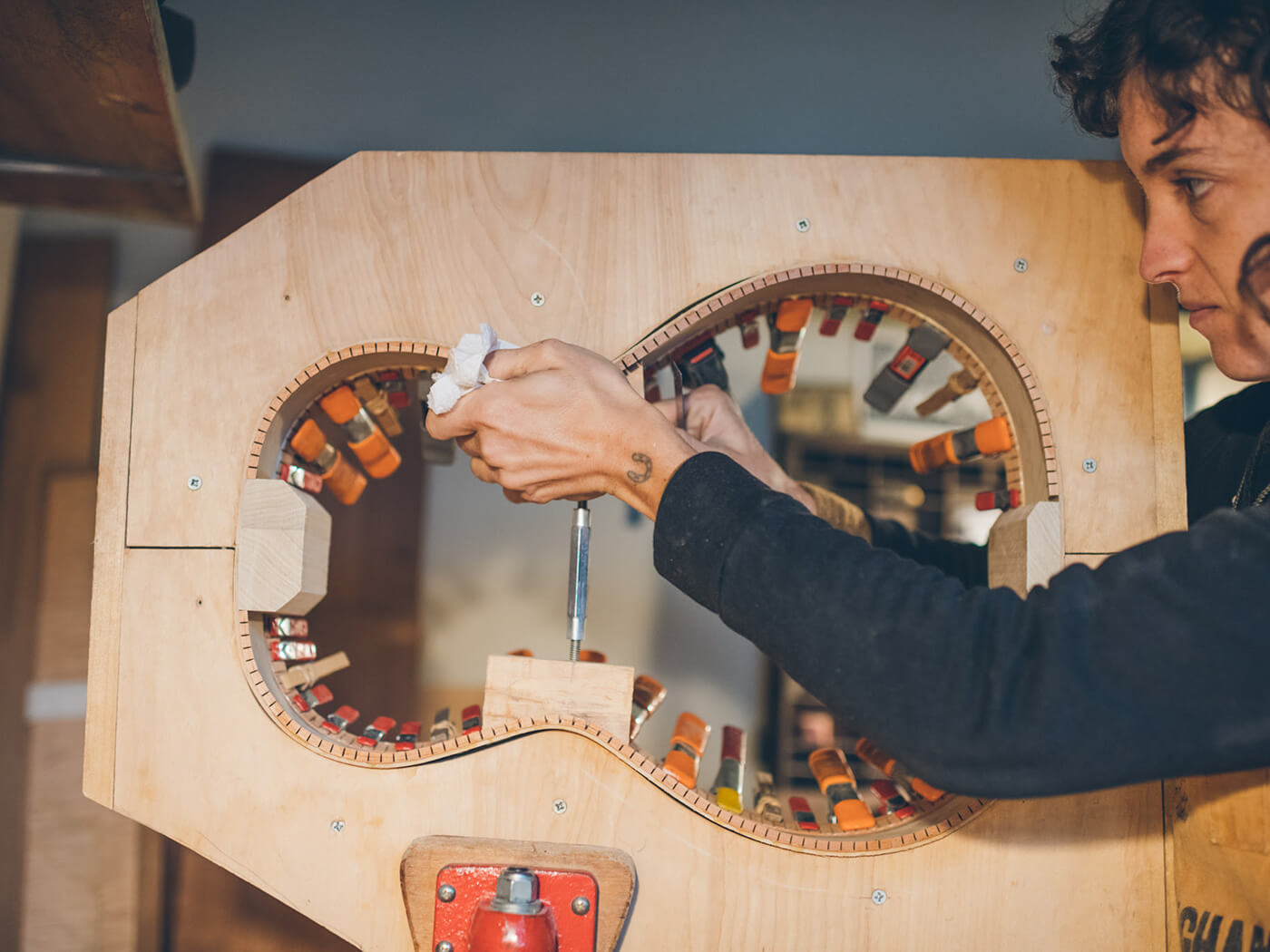 “No. I was really lucky to have a cheap place to set up shop but otherwise I bought one tool at a time and made my own jigs and clamps, and bought new tools slowly as I sold more instruments. The first guitar I built to sell was for a machinist friend and she made me some tools and jigs as well. The most expensive tool I bought was a $300 used band saw that I still have today. Use it up, wear it out, make do, or do without!”

Alongside your luthiery you’re a practising printmaker. How does your work as an artist influence your guitar building?

“Guitar building feels like an extension of my art making. I suppose both printmaking and guitar building involve carving and using my artistic eye to judge for balance, contrast, and fluidity as a whole. Sometimes the connection is even stronger, like when I made a two-colour silkscreen for the top of a cowboy guitar. I also carve a different block print for each model of guitar I make, and hand print the label that is glued inside the body of the guitar.” 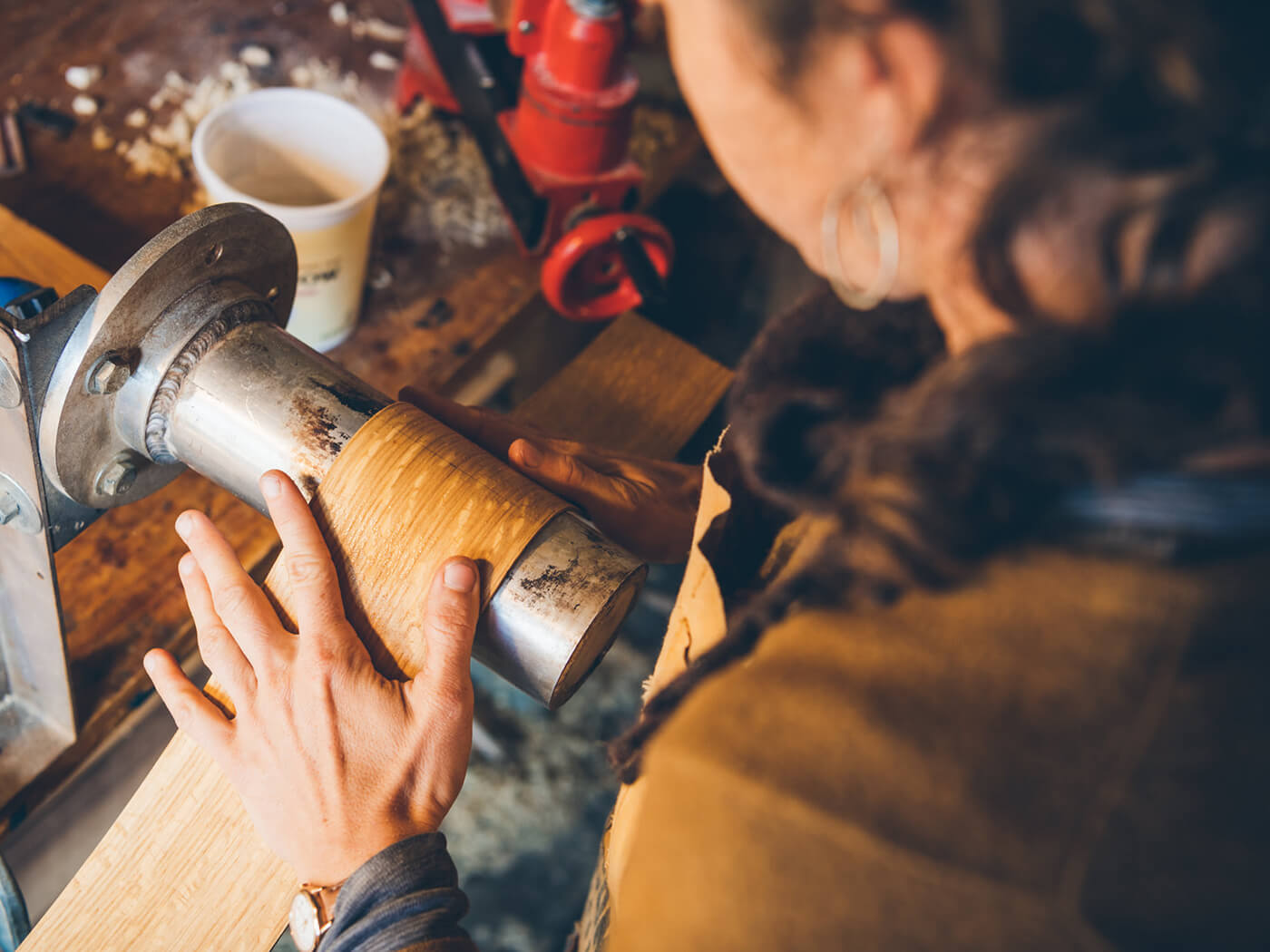 You currently offer six different models, and each is endlessly customisable, from wood choices to scale length. Is this ‘contemporary’ approach a way of connecting with the modern guitar buyer?

“I wouldn’t say they are endlessly customizable, but I do like working with customers on wood choice, scale length, and aesthetic choices, as long as they are not too great of a departure from my style of building. Sometimes I get a customer who wants a rosewood dreadnaught and I either steer them to another builder or convince them to try domestic hardwoods and a smaller body shape. I wouldn’t really call this ‘contemporary’; I think it’s just a benefit on the customer’s part of working with a small builder who builds one guitar at a time. “

What’s your proudest moment as a luthier?

“Every time a customer is happy with their new guitar, and I can tell it gets played a lot.”

What does the future hold for Preservation Guitar Company?

“I plan to stay small and keep on building each guitar by hand. I just finished moving into my new woodshop that my husband and I built, and I’m happy that spending time with my family, working on guitars, and being in my garden can all happen without getting in a car!”