Guitarist and multi-instrumentalist Carré Callaway explains why she hopes Queen Kwong’s new album will distance her from the rock scene and force people to reevaluate their attitudes towards new artists.

Having already built a reputation for her intense, raw live performances, Queen Kwong’s approach to rock seems closer to that of punk icons such as Sex Pistols and The Stooges than it does to anything of this era. Creating a spectacle which emulates a world before streaming when Carré Callaway hits the stage, even on a personal level, the songwriter withholds an insight that is wise beyond her years — and remains fiercely determined to uphold the foundation that rock and roll was built upon.

Within moments of our conversation beginning, it becomes clear that Callaway is almost a human embodiment of what the 1980s punk scene stood for; here to defy expectations with her music and possessing an unwavering determination to stay true to herself.

Nowhere is this more expertly seen than in Queen Kwong’s latest release, Couples Only. Constructed using a method that most artists would shy away from, the album places authenticity at the top of the agenda, spontaneously recording the tracks as they’re being written and using an array of guitars — none of which are the artist’s own.

“It’s the only thing that ever worked for me. That struggle to record something that felt genuine sounded genuine… the only way I’ve been able to do that is by recording in the moment,” she explains when asked about her obscure songwriting method. “It’s not the most perfect version of a song… but that’s kind of cool because that’s what sets the live performance of it apart from the recorded version anyway. With all the rock shows I go to, it’s just everyone’s playing the same version of what you’d hear on the record… What’s the point?”

This defiance of predictability is at the essence of what Queen Kwong is about, and Carré Callaway is Queen Kwong in everything from her spontaneous, emotion-driven performances to her overt boredom with the current rock scene. And who can blame her for being nonplussed? Listen to Couples Only and you’ll find a record that showcases a musician who absolutely refuses to be confined to one set genre, and even more adamant in refusing to turn her creativity into mere “content”. 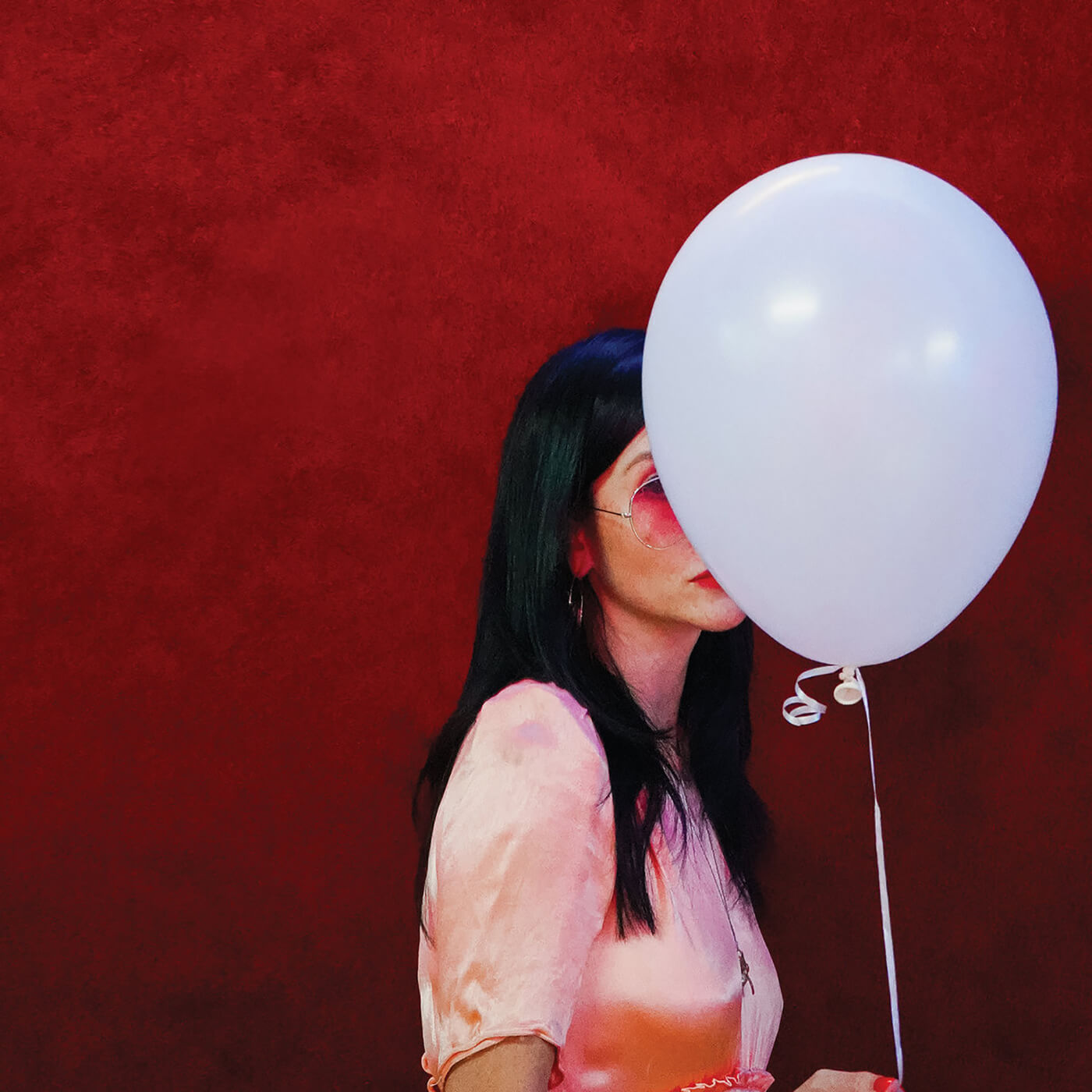 Some might observe that this refusal to be pigeonholed or do the expected thing is a trait she has in common with Trent Reznor – the man who first ‘discovered’ Callaway as a teenager, and mentored her in her early musical endeavours. But it’s clear when we touch on the subject that her feelings towards the impact the NIN man had on her career are complicated.

“I’m grateful for the experiences that came through Trent and for a lot of the guidance,” she states. “However, I think the association with him straight out of the gate too greatly influenced the trajectory [of my career] in some ways.”

She continues, discussing how she continuously fights to define herself as more than her relation to Nine Inch Nails:

“It’s hard because my music was never like his. When I first met him, I was still figuring out what kind of music I wanted to play… but I knew it wasn’t what he was doing. I’m grateful for the insane experiences. They’re very surreal but in a lot of ways, they seem irrelevant. They’ve always seemed irrelevant to who I am and what I do.”

Although incorporating guest appearances from artists including Roger O’Donnell (The Cure), Laura-Mary Carter (Blood Red Shoes) and Kristof Hahn (Swans) in the release, it seems Queen Kwong wants to distance herself even beyond the realms of Nine Inch Nails, aspiring to move away from the rock scene entirely.

Reflecting upon a quote by The Cure’s Roger O’Donnell, in which he praised Queen Kwong for being a “blatant protest at the sanitisation of rock in recent years”, Callaway speaks frankly and honestly about how she believes the music industry has grown more predictable and less captivating over time.

“I got into rock and punk rock music initially, because it was so liberating and there were no rules, but that is not how I see rock now. Everything is just a recycled, diluted version of something that was original 20 years ago,” she states. “I feel like rap and hip-hop are more in line with punk now. They’ve continued to evolve and push boundaries. Even if you don’t like it, rap artists are really experimenting and doing very out-of-the-box stuff. It’s very fearless. These artists are not afraid of offending people, or using the wrong words, or saying the wrong things, which is really hard nowadays.”

For Callaway, incorporating this sense of fearlessness comes in the form of showcasing her vulnerability and taking risks with increasingly experimental tracks. From the unmistakably retro guitar tone in On The Run to the R&B attitude and electronic elements within Biggest Mistake, Couples Only is by no means intended as mere easy listening; instead determined to push the boundaries of the rock genre and make listeners reflect upon their expectations when it comes to new artists.

Covering an array of motifs, including her divorce from Limp Bizkit guitarist Wes Borland and her cystic fibrosis diagnosis in 2018, it is safe to presume that Queen Kwong didn’t have algorithms or a songwriting blueprint in mind when recording Couples Only.

“This record is very vulnerable and there’s no getting around it,” she confirms. “People want clear-cut genres and classifications, and I’ve never been able to do that. I tried for a long time. I felt that pressure when I was younger. I tried to make songs that were more middle of the road and more listener-friendly and they were awful.”

While it comes as no surprise to hear a modern-day artist say that they don’t let social media determine the music they create; the one thing that separates Queen Kwong from the mix, however: she actually means it. Reinventing her sound when she feels she can be too easily categorised, intentionally creating tracks that require multiple listens to be understood and showing complete disinterest in scavenging for ways to accumulate more Instagram followers, it is fair to say that everything produced by Queen Kwong holds authenticity in the highest regard.

Could this be considered an act of rebellion against the influx of streaming? Possibly so. Yet, while proclaiming herself to be “stubborn” when it comes to her songwriting, the demonstration of vulnerability and emotion in the new album suggests that rebelling against “the system” isn’t the top priority for Queen Kwong, but rather a reflection of the simple, unfortunate reality in today’s music industry.

Even when it comes to her gear, Callaway breaks the illusion of a guitar being an ‘extension’ of the artist, instead simply seeing it as a tool that allows her to connect to her innermost thoughts. As for the album itself, the lack of precision during the recording process shows that Couples Only acts as a journal for the artist, rather than a way for her to show off her technical skill.

When it comes to the motivation behind the album, Callaway hopes that she will not only reach a new, more-female dominated audience but also force listeners to question their approach to new artists. Openly rejecting Spotify culture, where assorted playlists have replaced full albums and an algorithm determines which new artists we ‘should’ listen to, the driving force of Couples Only is the hope that people will give Queen Kwong a fair chance and see the artist as more than the people she has worked with.

“I do hope it reaches a wider audience because there are a lot of themes represented in this record that more people can maybe connect with.” she ponders. “I just want it to be heard. Nowadays I think it’s a huge ask for people to actually listen to something in its entirety. I’ve always been the kind of artist who tests people’s patience because my songs actually require a couple of listens sometimes and that’s a huge ask… but that is the goal. I just want it to be actually heard.”

Couples Only is out now via Sonic Ritual.