Adam Johnstone and Fergus Sinclair discuss the versatility of Fender offsets, the importance of jamming and “finding that middle ground between Crass and Dionne Warwick”.

Formed in 2019 by veterans of the Melbourne punk circuit Adam and Ben Johnstone, Romero have quickly become one of the most talked about new bands in rock music. Following their critically acclaimed double A-side Honey / Neopolitan in 2020, the band pushed out the killer Troublemaker later that year, with all the verve of Iggy Pop and Debbie Harry in abundance.

Now, with time to settle into their new role as the torchbearers of progressive, vintage-inspired, sunny Australian rock ’n’ roll, the quintet have revealed their debut album Turn It On!, capturing the vitality of a young rock act armed and ready for international recognition. Propping up Alanna Oliver’s arresting vocal prowess is the dual guitar work of Fergus Sinclair and the aforementioned Adam Johnstone, developed through drawn out jam sessions poring over J Mascis, Thin Lizzy’s Scott Gorham and their love of Fender offsets.

Your debut album follows the Honey / Neapolitan double A-side, which received widespread critical acclaim. Do you feel pressure to continue that upward trajectory?

Fergus Sinclair: “I mean we would’ve loved a Lester Bangs two-page stink piece but RIP to the great man. All the songs were written and pretty much recorded in a similar time frame, so I think our concern is whether the record makes sense or not and connects with people really. We’re really just asking people to ‘turn it on!’ so if people dig it then hell yeah!”

There’s a deluge of genres on the album. How did you whittle them down to land on your retro but cohesive sound?

Fergus: “It was a tricky task, but I think allowing everyone their own creative freedoms within every song definitely allowed for the monster mash of different styles that are going on. We all come from super diverse musical backgrounds and listen to different bands in our own time, all of which inform our own unique definitions of how a pop song should sound, which perhaps works in our favour. It’s all about finding that middle ground between Crass and Dionne Warwick.” 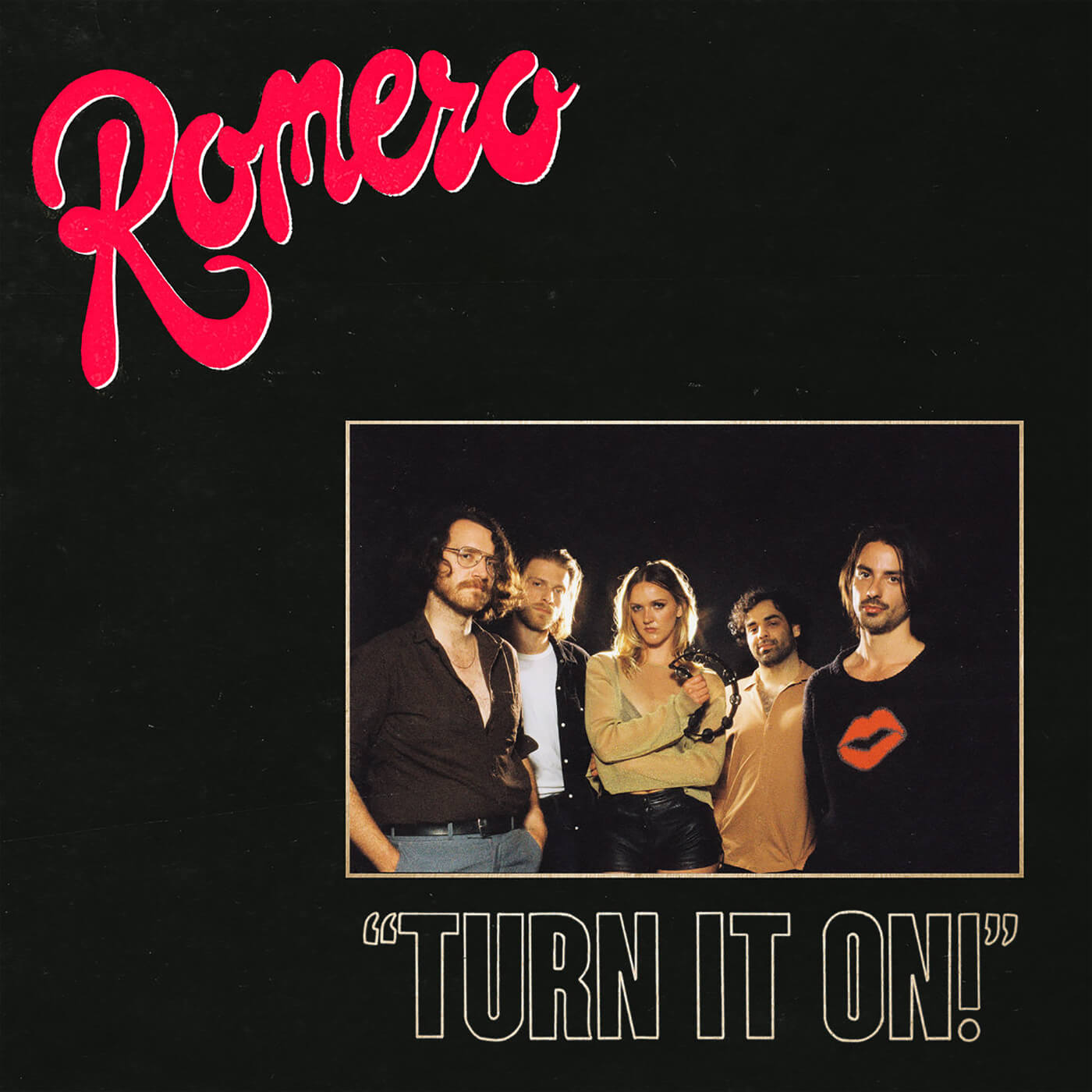 You were also listed in the NME 100. How has that impacted the band?

You’re predominantly Fender users, namely offsets. What drew you to Fender guitars and why do you stick by them?

Adam: “For me I was drawn to Fender offsets mostly because of other guitarists that I loved growing up using them. People like J Mascis and Kevin Shields showed me how versatile Jags and Jazzmasters could be. I really loved the wide range of tones and styles you could create with them, from country and surf to punk and shoegaze. Plus, they just work so well with the sound and pedals that I frequently use.”

Lead single Turn It On! sees you lean into late-70s drenched rock, full of Blondie pomp and summery dual guitar melodies. Where did you draw your guitar influences from on this LP?

Adam: “I think that the differing guitar styles and tones that Ferg and I use was a huge influence on what I thought sounded good for the album, trying to showcase that and use it to our advantage was a big thing for me. We both brought our individual influences to the band and I think that’s why it works so well for us. We both come up with things the other would probably never think of or consider, and we manage to find that sweet spot where it just gels so well. But, if I was to go into detail of my specific guitar influences we’d be here all day…”

Can you tell us more about your guitar rigs for this album?

Adam: “I mostly used a Fender Jaguar vintage reissue on the album. For the majority of the record, I used some kind of vintage JMP Marshall head and cab that our engineer had at the studio, something from the 70’s era I believe. Pedal-wise I always have the Analog Man Prince of Tone on, that’s basically what I use as a base for my sound and then add some chorus, delay and booster when needed. I’m using a lot of pedals, sometimes a lot in conjunction with each other, but I’ve done that for most of my time playing in bands. If anything, I’m probably a little more reserved with pedals on this album!”

How has your guitar work developed as a partnership from your early work?

Fergus: “We were both really enamoured by one another’s unique style early on so there was a bit of deliberation with how to make it all work via really long jam sessions. But I think we just really wanted to find spaces where we could both play lead lines and focus on the dynamics when we were both playing rhythms at the same time.”

Turn It On! is out April 8 via Cool Death Records.