“I’m not good at talking about my feelings. That’s one reason I’m a songwriter”: Ron Pope

The Nashville songwriter on why he tossed out an entire album so he could create something more honest: a record written for his daughter. 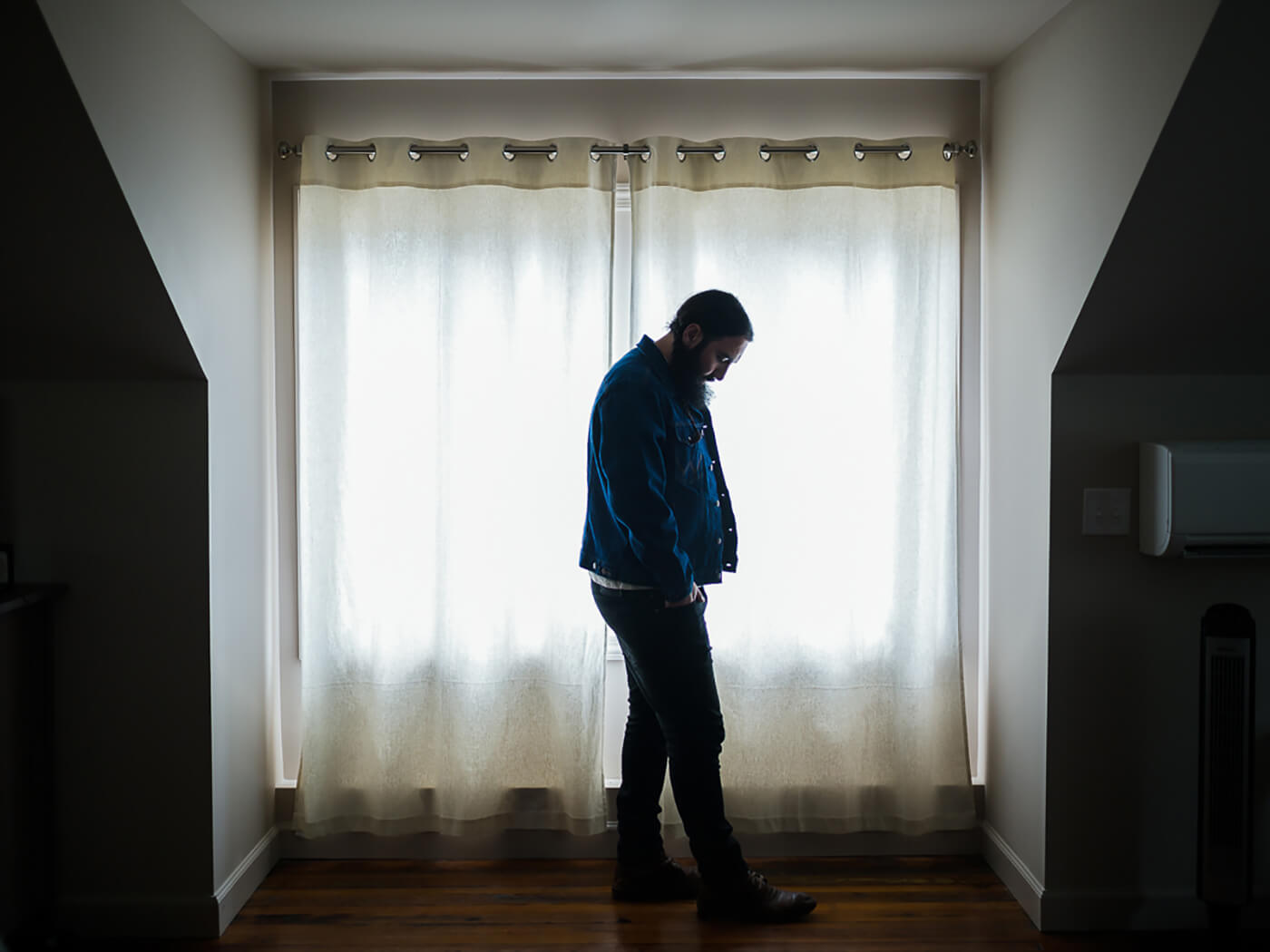 “I realised that anything could happen at any moment. Nothing in life is guaranteed, and people die all the time.”

That was thought Ron Pope couldn’t get out of his head after a terrifying incident on tour in 2019. So much so it led to the Nashville-based singer-songwriter scrapping an album he’d spent over a year working on.

“I had brought my wife and daughter out with me while I was on tour in Europe. They were staying with me in London, and I would travel to my shows around Europe from there. So I came back to London, got dropped off to where we were staying, and the driver called me a minute later… he was like ‘two men in masks just attacked me!’. It happened on the block that we were staying on,” Pope says.

“I was pretty much done with the album, but I just started thinking about that surreal, scary experience and thinking that if I died, god forbid, I wouldn’t be here to answer questions for her when she’s like 25. So what I started thinking was what if there were songs that were like little pieces of wisdom that I had accrued over the years to share with her. So we just scrapped everything we had recorded at that point and started over again.”

And so Pope began working on some his most heartfelt and honest music to date in new album Bone Structure; unpacking stories from his life, lessons he’s learned along the way, and sharing sentiments on what it means to him to be a father – like the album’s first single My Wildest Dreams. The idea being that if he put out this album and spent a year talking about it, his daughter would have something to uncover down the line if their time together was cut short.

The album is for an audience of one, he says, and everybody else is just eavesdropping. “I’m not good at talking about my feelings, and that’s one of the reasons I’m a songwriter,” he says. “I function well as a songwriter because I need a format in which to work out my thoughts and my feelings. But there were things in this album I’d never discussed in any way. I guess creating something like a love letter to your child, it immediately felt like I was doing something really special. There’s a degree of honesty I felt like I owed her.” 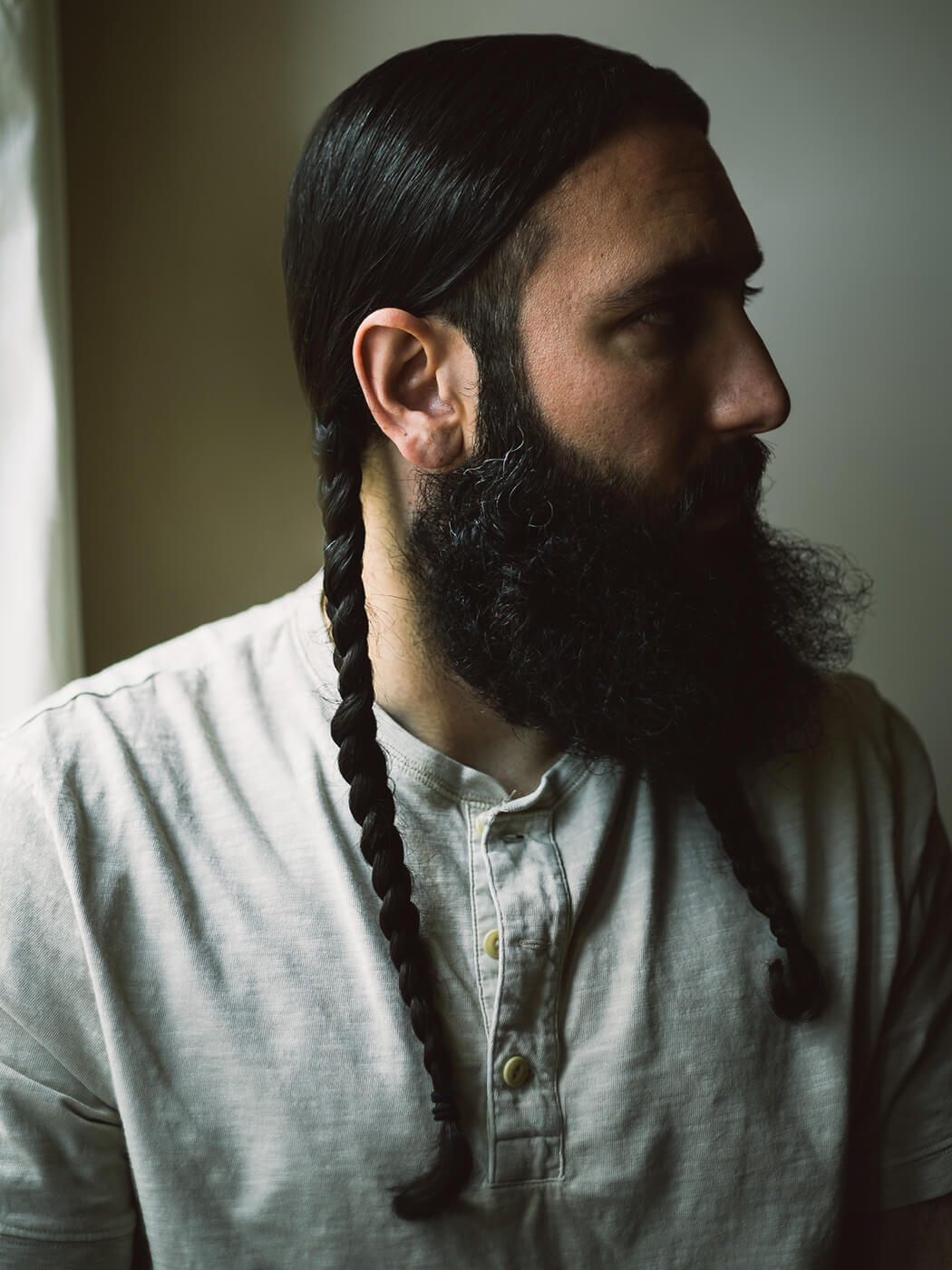 On paper, Pope is very much a singer-songwriter, but it is something he’s only recently come to terms with. “I’m a guitarist first and foremost, and a songwriter second. Sure, the singer-songwriter thing is a facet to what I do, but it’s not the whole thing. I think people get the full picture when they see the live show, because it’s not like I’m sitting there on a stool, crying. It’s an 8-piece band with us sweating, doing back-to-back solos.”

It’s when Pope is talking about the performance side of things that his pure love for the guitar really comes to light. And he loves nothing more than to talk shop. A true player, Ron has a special place in his heart for vintage equipment, but only really has room for the most functional gear. Knowing first hand about the practicalities of taking vintage amplifiers on the road, like his ‘57 Magnatone Troubadour, he’s really come around to the Fender Blues Junior.

“It’s one thing that happens when you get a bit older, Like I’m not fetishising vintage gear and the prices of things, like that’s so unattainable. With the Blues Junior, I don’t know how much they cost in a shop, like 700 bucks – we’re not talking about a boutique amp here. It’s just a great working amp, and if you break it in Albuquerque, if you go to a guitar shop they’ll have one.”

He also came to the same conclusion in regards to acoustic guitars, but it’s been a bit of a harder sell. “I’ve always been into vintage stuff, I’ve got this (Gibson) ‘55 LG-2 that I’ve always just loved. It’s just really dead sounding in the best possible way. I really love it,” he says.

“But during the last tour cycle, Martin sent me this prototype from the custom shop. It’s basically a D-28, but with some extra detailing. I have never played a brand-new acoustic guitar that I’ve ever loved. When I started playing this, it’s like homemade vanilla ice cream – like damn, there’s nothing wrong with this! It’s been a bit of a revelation.”

One thing he is more rigid on is his pedals. Well, one pedal in particular, and it’s a contentious one. “My main squeeze is a ‘55 Telecaster that I had restored, and when I’m playing the Telecaster, the Klon is on all the time. So my central live sound is this Telecaster with the Klon Centaur on,” he explains.

“I had tried a bunch of stuff before I got the Klon. I got the KT-R pedal, and it just wasn’t there. Bill Finnegan insists that you can make a KT-R sound just like a Centaur, but I just couldn’t do it. And I spoke to Bill on the phone about it. If I thought the KT-R could do the thing, then why would I buy another pedal? I just felt with the Klon, I could get it like three percent better.”

Speaking to Pope at this time, you get the impression he is itching to be back on a stage somewhere with his band, pushing his Blues Junior to its limits, but that’s something that just can’t happen at the moment. Despite this, he’s doing his best to maintain that connection with his fans with his regular ‘Live and In Sweatpants’ livestreams.

“The central thing we do when we perform is we build a community around the music. When you go come to a show you’re surrounded by other people who have that same connection to the music that you do. So that’s one of the big things I’m trying to do now, just interact with the fans online, and make sure they feel like that community is still there, that it hasn’t evaporated just because we can’t go on tour.”