Inside the Rotosound factory, a UK guitar-strings maker with decades of heritage

Rotosound chairman Jason How shows us around the string company’s factory in Sevenoaks and talks about the past, present and future for the British brand. 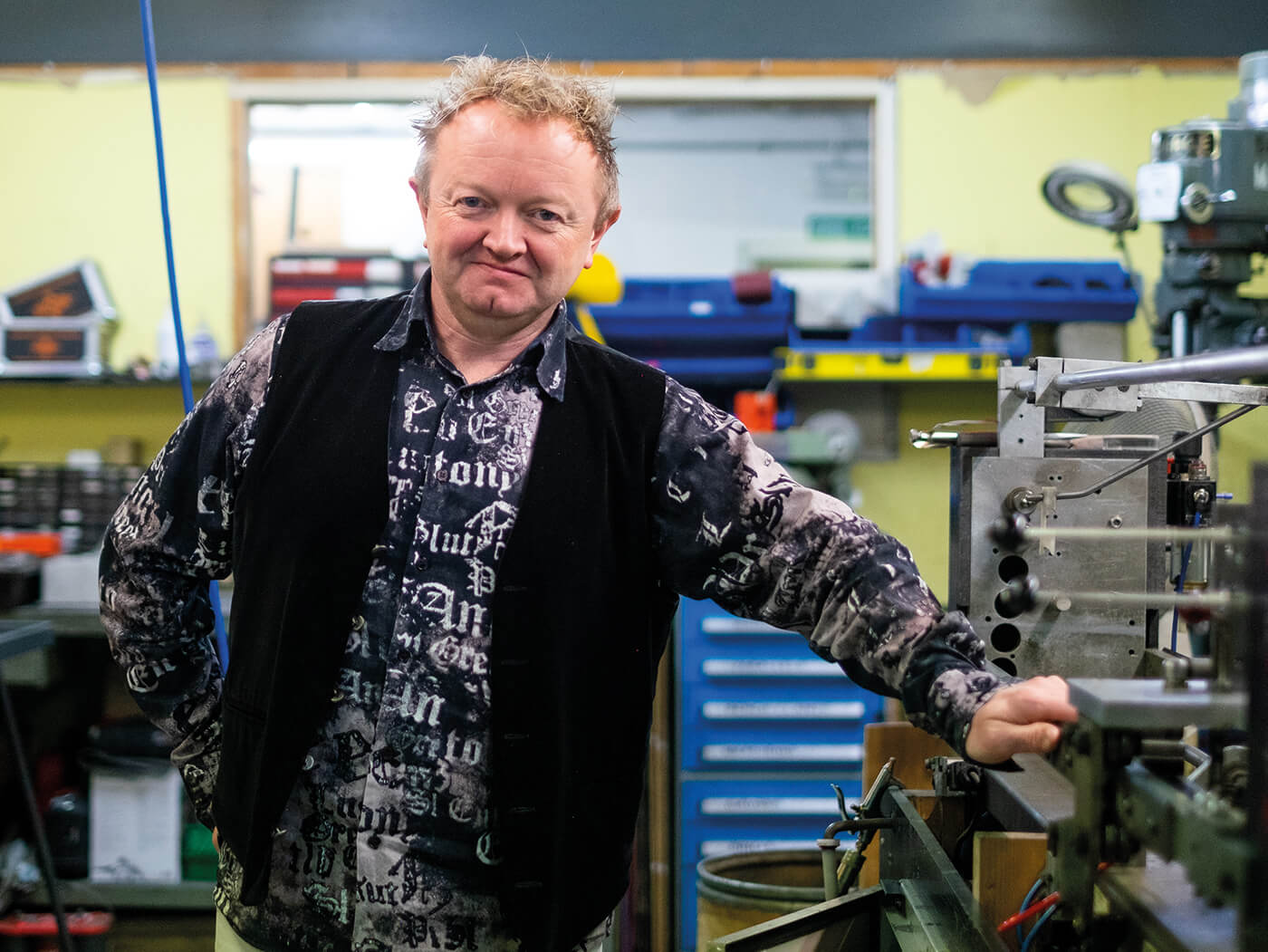 Based in Sevenoaks in Kent in the south-east of England, Rotosound has a heritage that stretches back to the late 1950s, but the company definitely isn’t resting on its laurels. With a new range of Ultramag electric-guitar strings the brand’s big push for 2019, it seems like the perfect time to head to Rotosound HQ and sit down with Jason How. Jason is company chairman, engineer extraordinaire, and son of Rotosound founder James How, who sadly passed away in 1994.

“I’m a bit like my dad, in a way,” Jason reflects. “My dad was an engineer and a musician, so that’s what brought him into the string business, because he played the zither and the violin. He couldn’t get strings for the zither, and he was working at the Royal Ordnance Factory in Woolwich. This was 1955. And he decided to get materials and start making strings.”

Rotosound’s impressive archive includes letters that document How Snr’s initial pursuit of materials for string-making. “I can trace the history back,” says Jason. “When the company first started, it was excitingly called Top Strings! Then it became Rotop. Then in about 1963, Rotosound. My dad did the logo, it’s a pretty timeless design, really. I’ve got all his notes on all the different strings. There’s all the spec.”

The corridor outside Jason’s office features numerous framed prints of legendary Rotosound artists – it’s almost a ‘Who’s Who’ of late-1960s rock royalty, including The Jimi Hendrix Experience, The Move, Pink Floyd and indeed, John Entwistle from The Who. “Back in the 60s, the south east was the place to be,” says Jason, “if you were near London. You had all the bands recording in London and you had Hendrix over here.”

Jason shows us around the factory downstairs, where many of the string-winding machines whirring away were designed and built by the Rotosound chairman himself. It’s something of a unique story in the industry, with Jason’s engineering ingenuity and years of hard work back in the 1990s allowing the company not only to continue manufacturing in the UK, but also to increase production and become the global force it is today.

When he’s not writing his own politicised take on psychedelic pop music, innovation and refinement on the factory floor are never far from Jason’s mind. Ultramag strings sit at a premium price-point that’s uncharted territory for Rotosound electric-guitar sets, so it was vital they brought something new to the table.

The Type 52 alloy used for the wrap wire is claimed to offer more power, volume and sustain thanks to higher magnetic content, plus low friction and corrosion-resistant properties. “Normally a set of regular electric strings – ours, D’Addario, Ernie Ball – would be eight per cent nickel,” Jason explains.

“These are 52 per cent nickel. 48 per cent iron. They are a much louder string, but it is an expensive material. I’ve had some great feedback on them from really good players who have tried them and like them. We had a good response at the NAMM show. They do last a bit longer, but they’re not coated.” 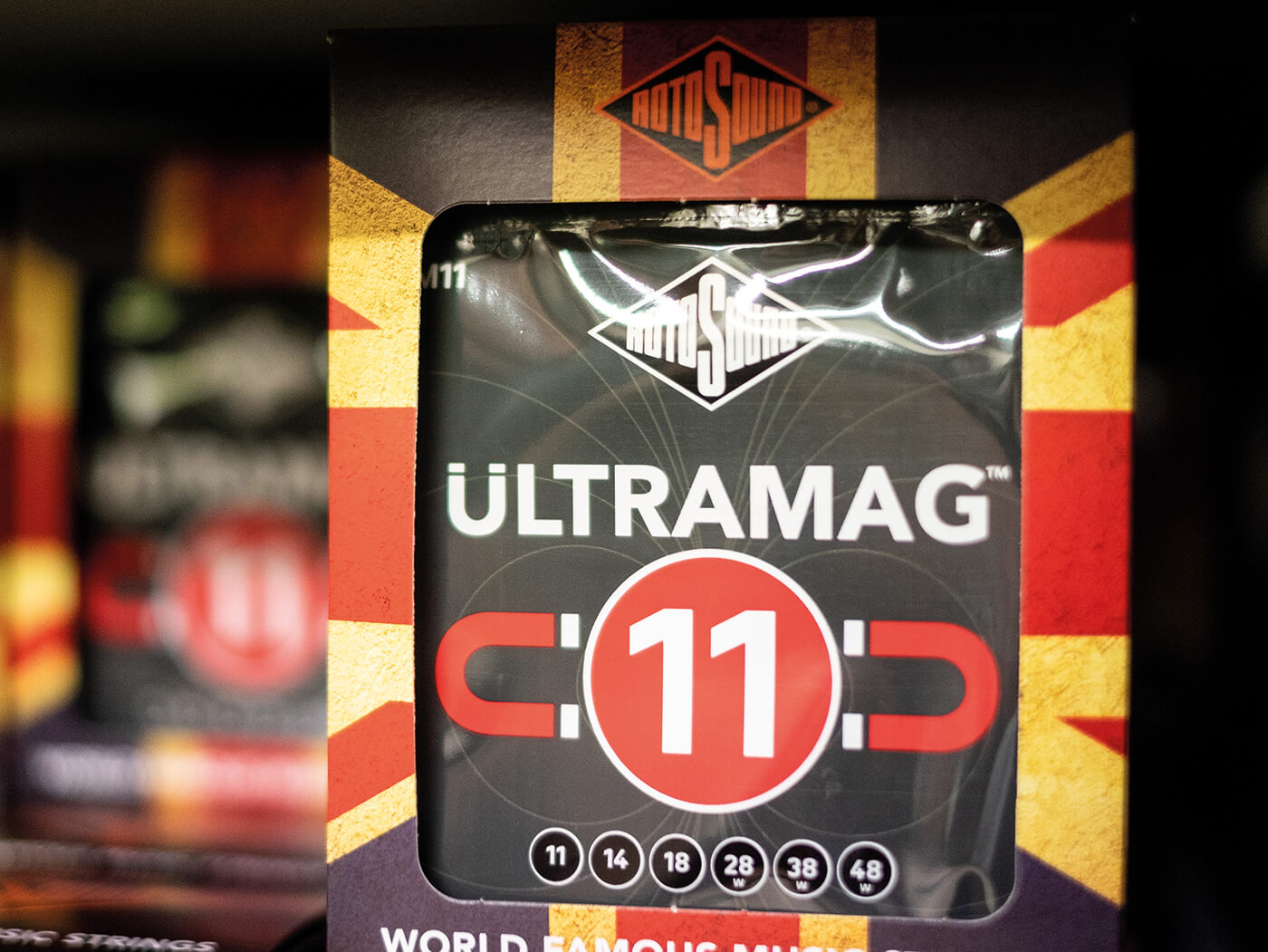 Although How doesn’t rule out Rotosound producing a coated electric-guitar string in the future, for now, he feels that coated strings still lack a little high-end zing compared to uncoated sets.

Our conversation is wide-ranging, taking in such topics as analogue recording, fuzz pedals, Jason’s love of Billy Childish, jamming on Beatles songs with metal musicians at the Whisky A Go Go and plenty more besides. As Jason notes, sometimes it’s easy to forget the reason we all do this: “It’s all about the music, it’s important, it’s what we’re in it for,” he affirms. Ain’t that the truth.

Visit rotosound.com for more information and read our review of the new Ultramag strings here.