“The statement of the record was, ‘I don’t give a fuck!’”: Samantha Fish embraces rock ‘n’ roll on new album Faster

The Kansas City guitar-slinger on how she resisted the temptation to make a melancholy lockdown record, pushing her boundaries and why she’s licking guitars in the midst of a pandemic.

After 12 years of what she describes as “the American Hustle” and a relentless period of touring, the enforced lockdown of the pandemic led Samantha Fish to something of an emotional crash. “It was wild; I’ve never cancelled anything in that capacity, it was very surreal and strange,” she tells us. “I was in denial for a while, at first I thought we’d be going back on the road a few months later, when I was told I wouldn’t be, I was like ‘No fucking way!’”

Like the rest of us, Fish was left to pick up the pieces of her cancelled plans in isolation, initially funnelling her emotions into a collection of melancholic songs, before the guitarist brushed them aside in favour of the bones of her brassy seventh long-player Faster.

“I had been living my life in a way that I couldn’t say no,” she reflects of her pre-pandemic existence. “At first, a little bit was having to cope, because we were going to be down for a long time and we didn’t know how long. The first songs I wrote were kind of depressing, I thought this album was going to be all sad and messed up.”

Faster couldn’t be further from it with a bold album sleeve that suggests Mick Rock’s iconic work with Bowie, Lou and Iggy during the early 70s helping set the tone for an album that is full-throttle right from the opening title track.

“When I went to Kevin King for the photos we sent inspiration back and forth of that era, there was also a shot of Grace Jones with her head in profile sticking her tongue out which had an Andy Warhol aesthetic, those were the vibes I wanted. The statement of the record was ‘I don’t give a fuck!’ That to me is rock ’n’ roll. Some people think it’s controversial, but the best ones are. I’m licking the neck of the guitar in a pandemic!”

The delectable guitar in question, a Gibson Firebird in Cherry Red, is at least a new instrument on the scene.

“It’s one of the newest guitars in my life, it sounds amazing,” she enthuses. “There’s a depth and loudness and there’s also more presence than my other guitars which don’t have that full bottom sound. The brightness and clarity is incredible, the way it looks is edgy and weird; it’s red so it goes with anything and nothing looks more rock n’ roll!” It’s a statement guitar with a ballsy nature.”

As much as she likes the Firebird, however, it’s not all smooth sailing. “We automatically have a complicated relationship,” she admits. “It’s too big to take on tour but when I get to ride on the tour bus, I take it on the road.” 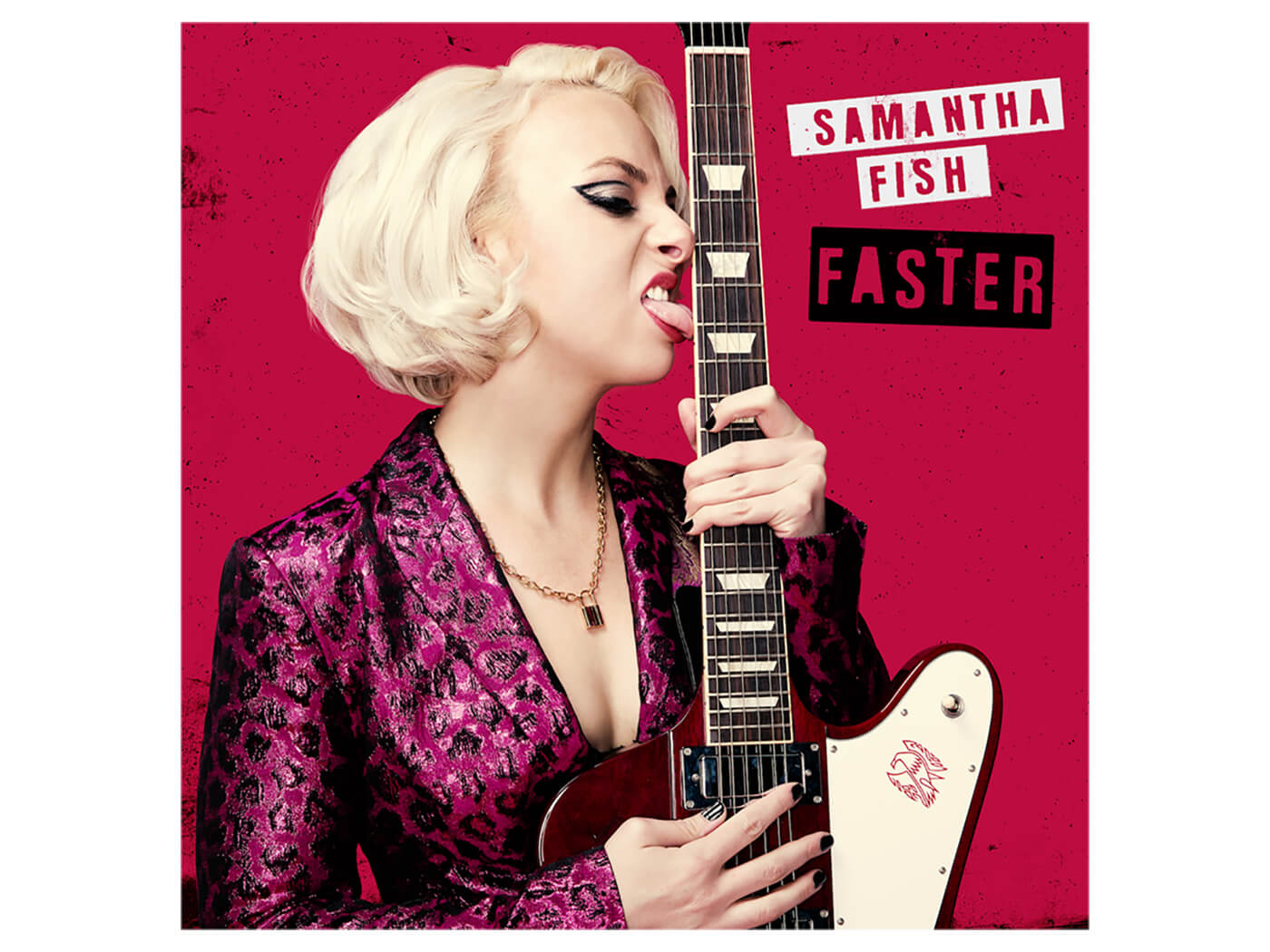 Faster is unsurprisingly brimming with Fish’s trademark sassy, swaggering blues-rock on tracks such as All Ice No Whiskey, the driving So-Called Lover and first single, Twisted Ambition. But there’s also scope for the synth-pop direction she hinted at on 2019’s Kill Or Be Kind to be more full realised. “I honestly love synthesiser,” Fish says. “I’m a big fan of taking these things and shifting sound and I want to raise a few eyebrows. In the world I’m coming from, people hear ‘synth-pop’ and it freaks them out but I feel it has a place, there are so many options and you can do more to create a mood; I’m all about textures and sounds.”

Perhaps Crowd Control, a particular outlier on the album, won’t appeal to the most ardent blues purists but it’s a reflective, intensely personal piece of self-exploration that undoubtedly summons the spirit of the blues.

“It’s about coming to terms with who you are”, explains Fish, “it’s about living on the stage and how people see you and rectifying how you see yourself. There’s a bit of sadness to it and I wanted to capture that. It has an electronic bop which gives the track an almost a new wave feel and I became obsessed with it.”

Fish is the first to admit it’s not a “guitar hero song” but neither are the likes of Hypnotic which suggests Prince’s Wendy and Lisa/Revolution peak. “My attitude is; everything I do is meant to serve and support the song so whatever it takes to bring the song. It’s about creating something memorable for the listener, there are always going to be those moments where I get to shred.” 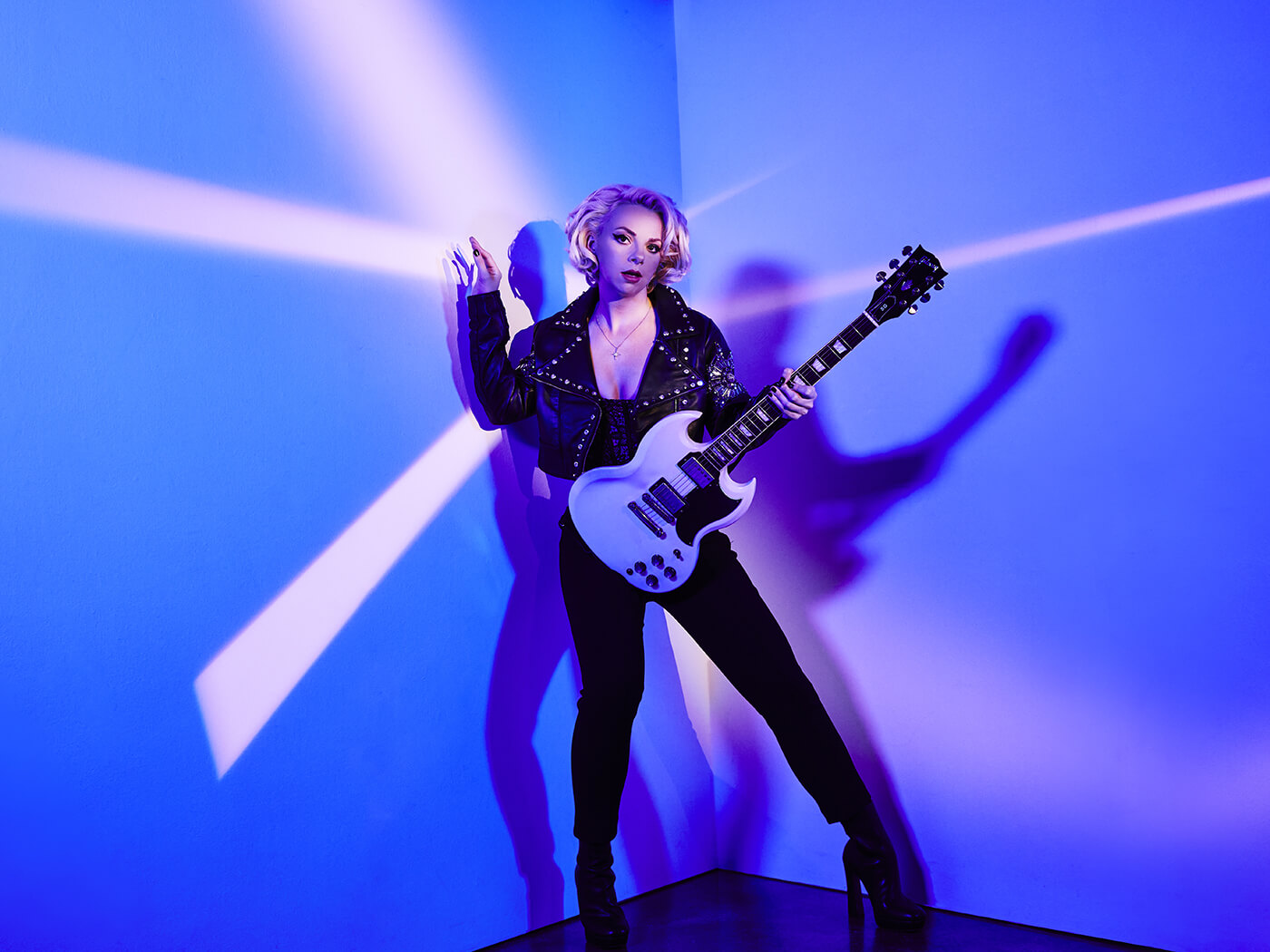 Tools for the job

And when she does shred, she does so with the aid of a carefully chosen gang of instruments that speak to her best.

“The white Gibson SG is still my main axe because it’s versatile and light,” she explains. “I used the SG for most of this record and also the Fender Jazzmaster for a couple of parts, the Gibson ES35 and the Fender Butterscotch Blonde (Tele) which I used sparingly.”

A new addition to the group is a guitar that fans can expect to see when Fish tours the UK in January – a Fender Vintera Jaguar, which keeps the soul of the original design but with various tweaks that make it more suitable for her style of play.

“Kurt Cobain played a Jaguar so I thought it was going to sound heavier but it’s the opposite, it’s perfect for R&B,” Fish says. “But my fingers would often slip off a Jaguar when I played one – it didn’t have the right amoung of pull and friction that the SG does. But then I got into the Vintera series – Fender hooked me up and I started selling them on my website, it’s probably my most punchy guitar, it’s still a little slinky for me in terms of pickups and setup, but I now use it as much as the SG.”

When it comes to putting her new record together in the studio, Fish pulled together the formidable assistance of Diego Navaira of The Last Bandoleros on bass, and none other than former A Perfect Circle, Nine Inch Nails and GN’R drummer Josh Freese behind the kit.

“I was a little intimated at first” she admits of working with Freese; “I’m a fan of everyone he’s worked with, to have someone like that in the room it’s quickly obvious why they are who they are because of what they deliver. He’s just so solid, he’s one of the best drummers I ever had the opportunity to work with.”

The addition of producer Martin Kierszenbaum (Lady Gaga, Sting) brought his multi-instrumental weight to the record while co-writing eight of the new tracks. A break from touring permitted more time to consider the album as a whole, making this Fish’s most complete work so far.

“Martin is an incredible producer,” she says. “We spoke about every aspect of the record, we spoke a lot about the sequencing and the guitars not being at the forefront of every song. I wanted to take the listener on a journey and I wanted to keep them listening to it again and again, there’s a balance; you have to emotionally connect.” 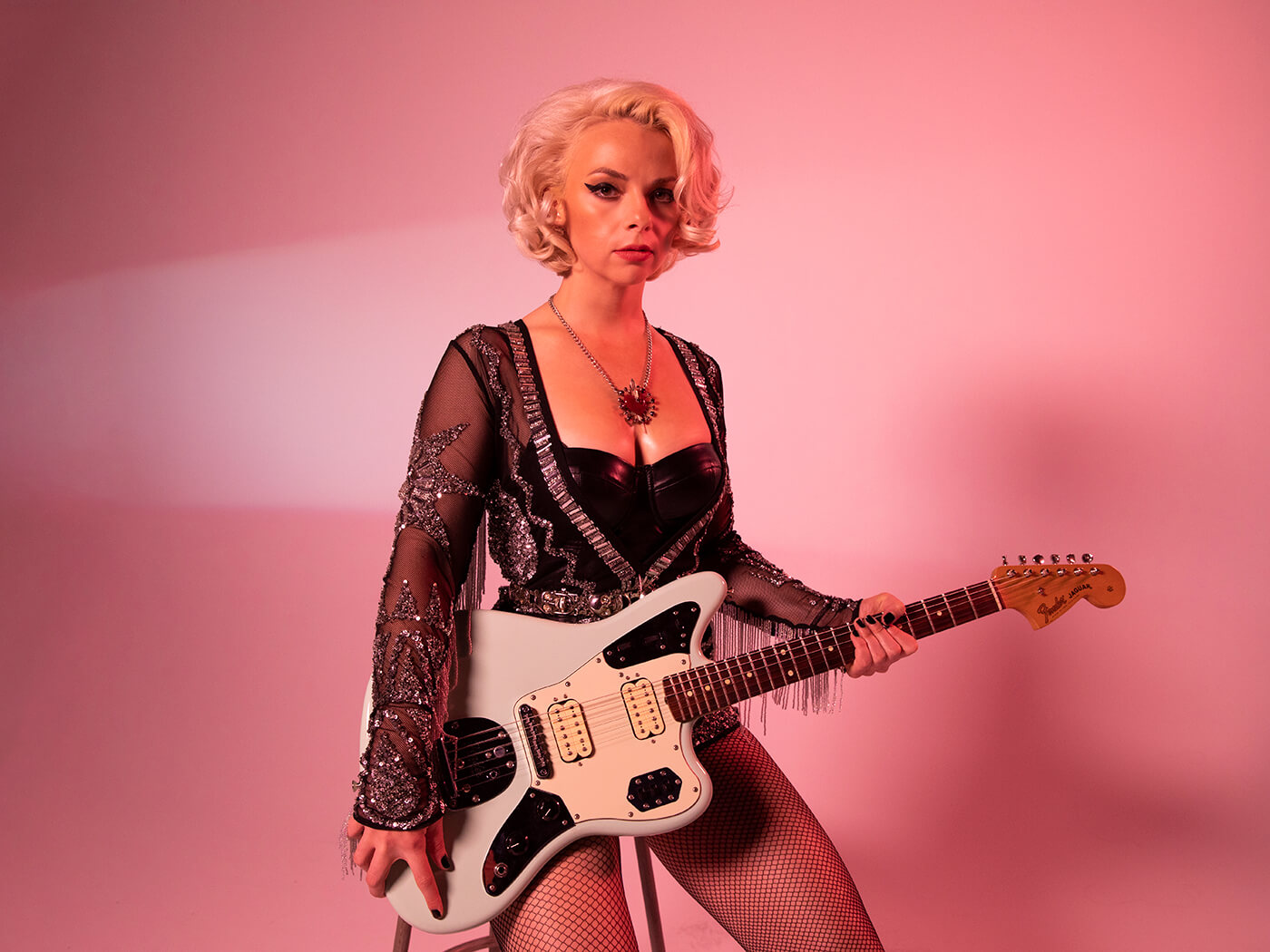 The notion of making an album that is meant to be consumed as a whole is something of a misnomer in the modern age, so was she conscious of that when she was putting this opus together?

“We talked about this all the time,” she admits. “What’s going to happen to the album now that everything is so singles focused and with tracks coming out one at a time? We live in a world where you get to do both, everything is moving so much faster than 10 years ago and attention spans are shorter. You have to evolve, try to keep up and tell a full story that matches the package of the artwork and make a full statement.”

Like many of us, Fish had more time than usual to immerse herself in listening to music instead of just making it during lockdown, with her record player getting plenty of use to pass the time.

“I’ve got a pretty good collection,” she says. “One of the records I listened to a lot was All Things Must Pass by George Harrison, I’m a big fan, he has this way of writing these iconic lines. I also listened to Tom Petty’s Wildflowers a lot and St Vincent’s new record (Daddy’s Home), she is stellar. I’m trying to push the boundaries of a genre, she pushes the boundaries of the instrument, she’s really cool and a great musician. I also love the Stones because it’s good old fashioned rock n’ roll and it makes me feel good. I’m a huge fan of the two guitars on Can’t You Hear Me Knocking and the different tunings from around that era. I’m a huge Mick Jagger fan; I love his energy.”

It’s no surprise to hear her namecheck one of rock’s greatest showmen given that Fish has always seen the aesthetic component as a key aspect of her performance and her musical persona.

“The style is really important,” she explains. “When people are watching videos they are listening with their eyes; the aesthetic from the top to the bottom needs to tell a cohesive story. With a music video, you get the opportunity to tell the story even further than on the record; you get to help shape people’s vision of the song. I always try to dress in something eye-catching; I’m always looking for things that are iconic and timeless.”

Faster is out now on Rounder Records. Samantha Fish returns to the U.K for a nine-date tour in January 2022.