Scott McKeon on capturing the essence of the 60s with his new LP, New Morning

The in-demand session ace and solo artist on why retreating to London’s RAK Studios with Black Crowes and Oasis producer Paul Stacey helped him reimagine his guitar playing.

The early promise that saw Scott McKeon crowned Young Guitarist Of The Year has blossomed into a highly respected session player who has worked with everyone from Tom Jones and Lana Del Rey to Eric Clapton and Ed Sheeran.

And though his session career has flourished, the bluesman has never stopped making music for himself, and his third LP, New Morning is his most interesting yet, cut mainly live in just four days with the help of Oasis and Black Crowes producer Paul Stacey, plus Rocco Palladino on bass, Jeremy Stacey (Sheryl Crow / Tal Wilkenfeld) on drums and Gavin Conder on vocals. Here’s Scott’s guitar highlights of this wild ride.

“As well as loving a lot of blues and rock music, I really love Meshell Ndegeocello’s music, and the space she leaves in her songs. I wanted to capture a bit of that. I’ve also been listening to a lot of Kurt Vile, who has this really chilled approach to music. All the drums, bass and lead guitar were cut together in the same room, and this was the first take. We just vibed together for eight minutes or so. I’m using my 1962 Strat tuned down to D for all the lead/fuzzy soloing, my signature SM Fuzz Pedal, the Roger Mayer Voodoo Vibe, and amp-wise, a Two-Rock Classic Reverb, ’64 Vibroverb and a little Gibson Les Paul Jr amp from the 50s.”

“I wanted to do a slow blues on the record without it being just a 12-bar; something a little more cinematic that can take you on a journey. I used my ’65 Fender Jaguar for the first half of the song. I wanted it to feel like we were in a smokey little club, just playing in the background. Again, trying to leave space and let the music breathe. I added a wah guitar part as an overdub, just kinda vibing away in the background. In my mind it takes it to a 70s place, a bit like some of Cornell Dupree’s playing with Donny Hathaway… or at least trying to be! I picked up the 70s Vox Wah 250.049 a couple of years ago in this little guitar shop in Budapest. It was in a bit of a state when I got it, but I fixed it up and changed the pot to a Chase Tone pot and changed the value of one of the input caps, as recommended by Nik Sevigny.” 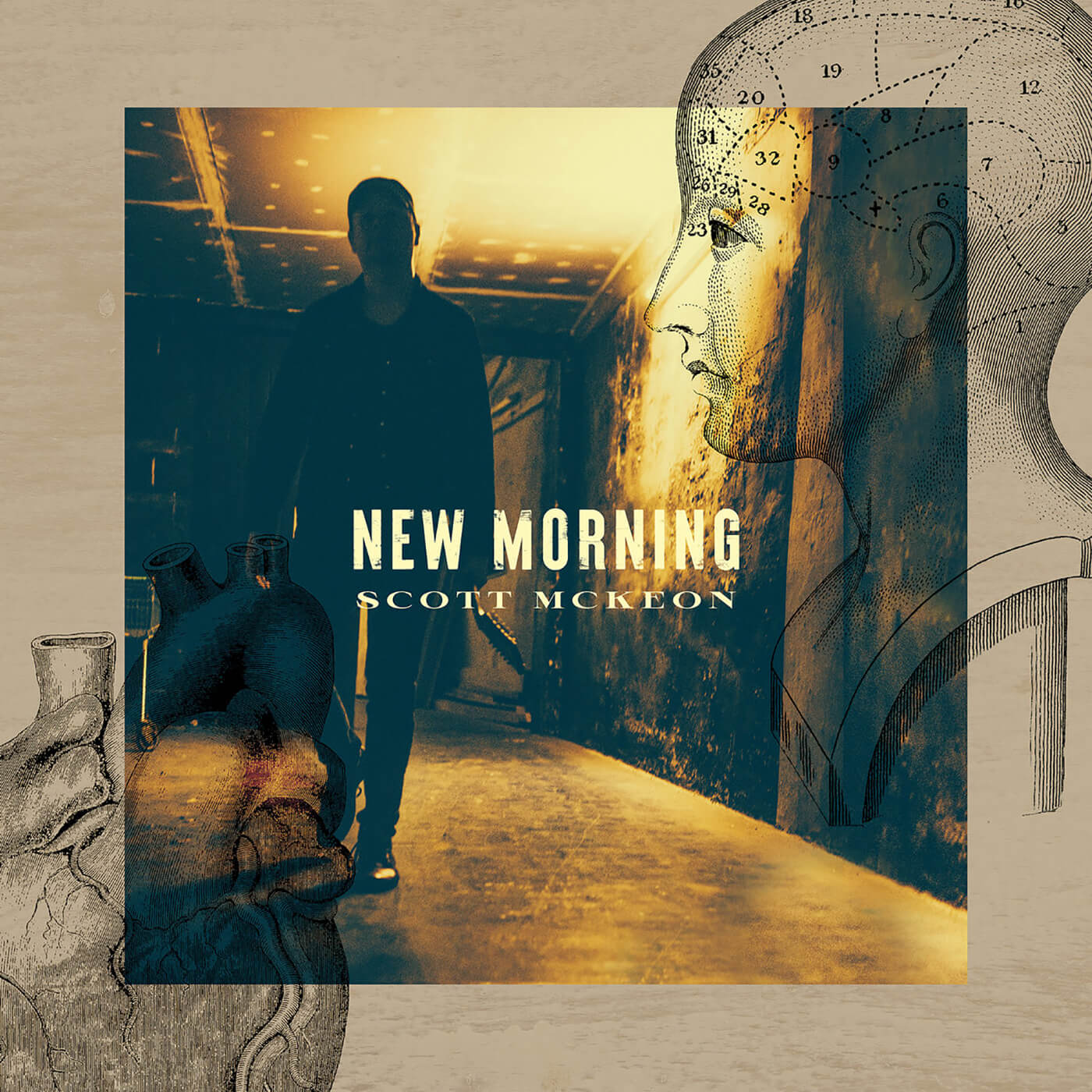 “For the main part of the rhythm playing in this song, I’m using a Danelectro Baritone tuned down to A♭. I had the verse riff and chorus chords, and played the idea to the guys in the studio. We played it through a couple times, and everyone brought their own thing to it. You can hear in the second verse that I accidentally hit my Strymon delay pedal, and the trail just carried on, which actually sounded really cool, but wasn’t intentional! For the solo, which we overdubbed, I was using my ’62 Strat and the new SM Octave Fuzz prototype I’m working on, with both the fuzz and the octave on together. It gives a really percussive, almost gated sound. I just started hitting the guitar at the start of the solo, a bit like a slap bass player. Not really sure why, it just felt right.”

“This track is just a solo guitar piece. The guitar I used on it is an old mid-50s Framus archtop guitar, the sort of guitar that was used for skiffle and such. I was given the guitar by an old friend of my dad’s who had it from new. My dad learnt to play on that guitar in the early days, so having it in my hands felt really special. I haven’t changed the strings or anything on it. Those strings have probably been on there for 30 years or more. I really love the Lil Son Jackson track Travellin’ Alone, and Devil Got My Woman by Skip James, so I wanted to capture a bit of that, and also some of the old Lightnin’ Hopkins stuff.” 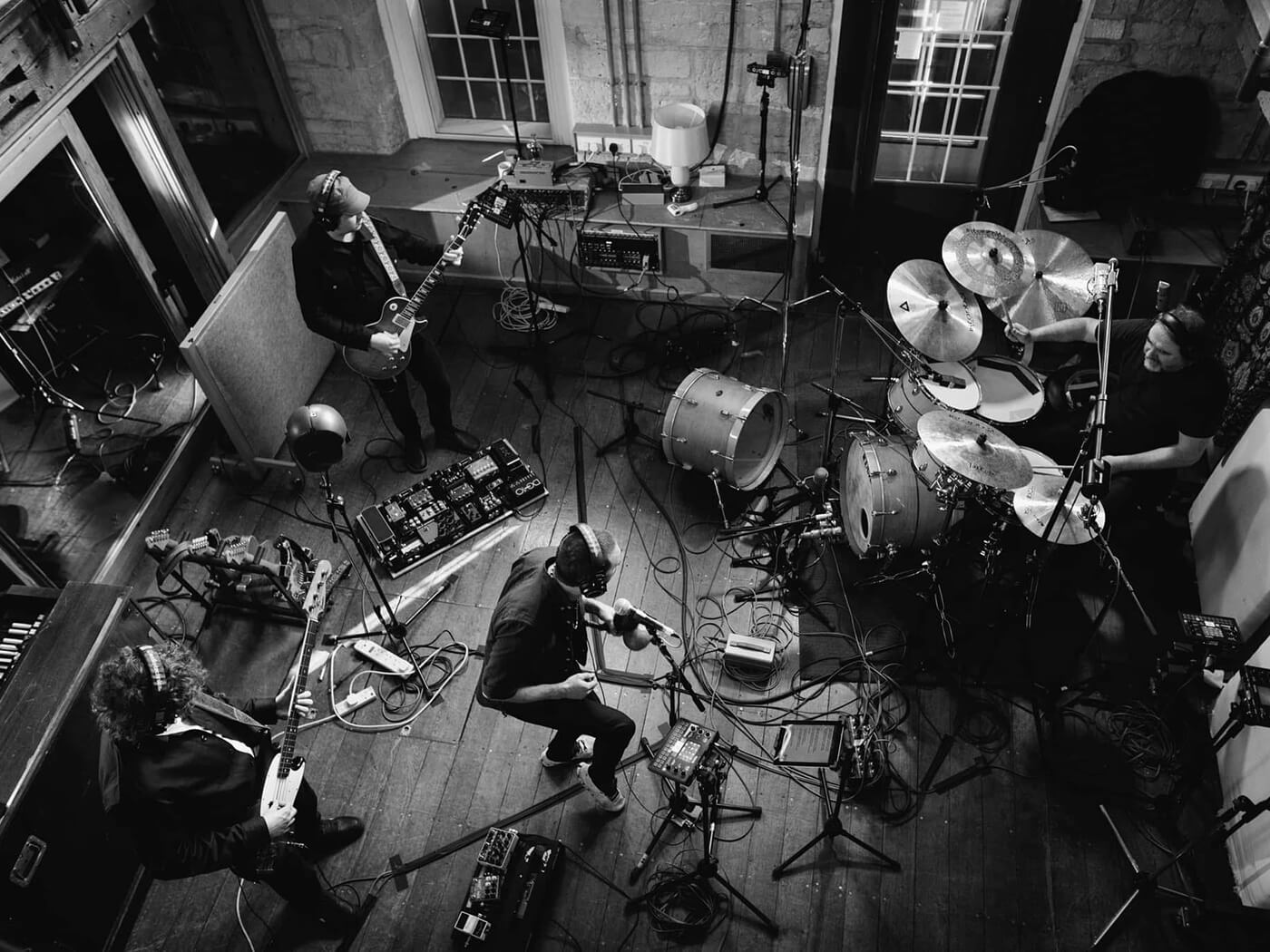 “This was one of the first tracks we cut live at RAK. I wanted to do something that had a loose, swinging 60s feel and wasn’t too tight or thought about. Jeremy is an amazing drummer, who can add that jazzy element. When Mitch Mitchell played, he was playing a lot of jazz chops and Elvin Jones inspired stuff, taking it away from being a wholly rock sound. Because we were all in the same room and playing loudly, you get the guitar coming through on the overhead drum mics and the room mics, which I love. It really helps with getting a big guitar sound. Some people like everything neat, clean and separate, and that can be cool, but we really wanted to capture the sound of everyone together, like they used to in the 60s and 70s.”

New Morning by Scott McKeon is out now.