The BAFTA winning musician discusses double-tracking guitars with a harp and using an Ebow to emulate old synths on new album, Everything Was Forever.

Five years on from the release of their previous album, the acclaimed Let The Dancers Inherit The Party, the multi-award winning sextet have re-emerged as a force for good. Truncating their name to Sea Power – to remove any indications of nationalism – the band follow their compositions for the BAFTA winning video game Disco Elysium with a collection of songs that echo our troubled times.

On Everything Was Forever, lead guitar player Martin Noble has expanded on his love of double-tracked, chordal guitars and esoteric soundscapes. Here you’ll find him regularly using AC30s and Fender amplifiers in tandem, alongside more experimental excerpts such as harmonies with a harp and wrestling with an Ebow for vintage-like synthesised tones.

Referencing work by The Cure and Velvet Underground as the inspiration for his fuzzy passages, Noble and his bandmates are once again using rock music to lift everyone’s spirits, two fingers at a time. Here are his five favourite guitar parts on the album. 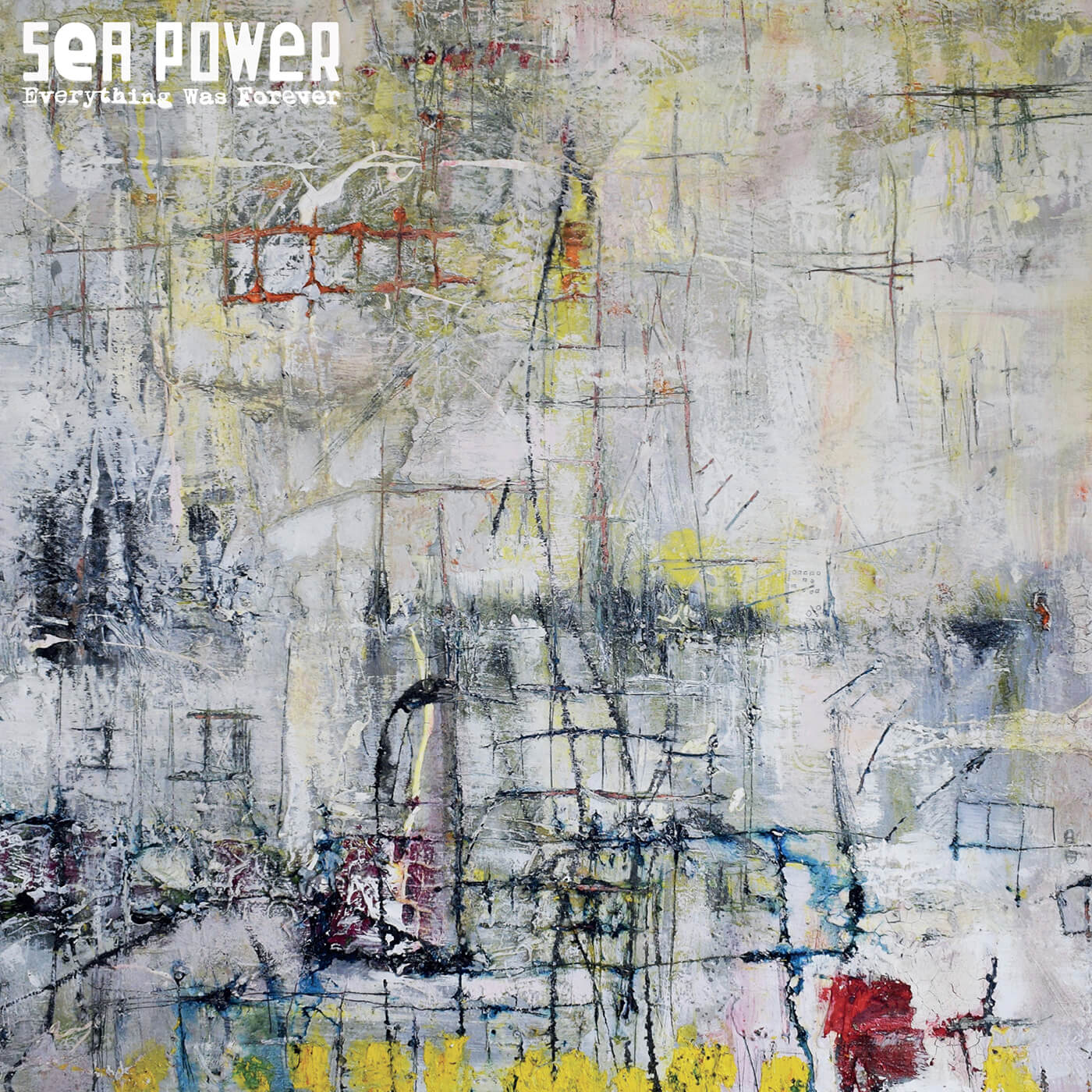 “When we started breaking this song in a few years ago and it went down really well live, so we always really knew it would be a single. We’d almost finished mixing the song, but i wasn’t happy with the way it started. It had a pretty mediocre intro and as we know, first impressions count. I wanted something more distinctive that would set the song up better. The grinding and screeching of the first five seconds is created using an Ebow, specifically at the point where the Ebow touches the strings and you get a sound like huge pieces of metal grinding against each other.”

“I’ve used this technique a lot and it’s one of my favourite ways to use an Ebow. I found the most aggressive sound came from using my Fender Jag, a clean direct DI, no FX, and with the input overloading, going into the red. I then edited the horrible noises together until I had what I was looking for. I loved it so much I ended up doing something similar for the start of verse two, but this time added ring modulator, tape echo and a phaser, which makes the part sound like an old synth.”

“An early instrumental version of this track features on our soundtrack to the computer game Disco Elysium. We won a BAFTA for it, which was nice! The song featured in a scene where a mega-colossal stick insect creature appears from some bull rushes. I’d started writing it long before the game. It reminded me of the feeling I got from the Spiritualised song Broken Heart, intensely sad and reflective. I kept coming back to it, mining the melancholy. There are a few guitar parts going on here. One which creates gentle chords swells on a double cutaway Gretsch Duo Jet through a Vox AC30, ambient room mics, and a Big Sky pedal for more delay and reverb.”

“Another guitar part is an understated, pretty lead line played on a Gibson 335 through the old battered 70s Fender Twin, with a bit of tremolo and spring reverb on. The part really pulls at the heartstrings, but importantly also has the reassuring feeling that everything is going to be all right. I doubled tracked some of the verse plucking parts with a Harp too, which then became the main constant instrument in the song. The guitar solo towards the end was one of those fortuitous last minute additions. A gift from nowhere. It really lifts it to another place, heading towards a glorious sunrise. I double tracked it with a low fuzz part and higher clean shimmering part using different guitars and amps. I’m always double tracking. I can’t help myself sometimes. I just love the sound of choral guitars!”

“This started off quite slow and folky with plucked acoustic guitars. After a few key changes, changes in BPM, an electronic arpeggiated bass line, more keyboards, there was very little room left for guitars! On one demo Hamilton (vocals) had added some lovely harmonies to the chorus and done a cool guitar harmony with weird tape echo effect on it. I used his ideas to make the guitar solo at the very end of the song. I double tracked a low fuzz part with a clean higher ranger harmony part. I think I used my 335 and the AC30 and Fender Twin in tandem. I love the sound of both those amps together. I nicked that set up from Bernard Butler in his Suede days.”

“We’d recorded some of this album before lockdown. I think the drums and some louder bass and guitar parts were tracked for about half of the songs. However, during lockdown we had to programme software drums and build the songs up at home, hoping that lockdown would end soon, and we could go back into the studio. The dynamics of the drums on Doppleganger rarely change, just ploughing on through, which is maybe a symptom of how we made it, but I really like effect it brings.”

“The dynamics had to be created by everything else, so in the verses there is a close mic-ed, clean Fender Jaguar through the Fender Twin, with some chorus on to try and get The Cure Seventeen Seconds sound. In the fuller louder solo parts, it’s a mixture of the Gibson SG with P90s and a 335 through the AC30 and Fender Twin with room mics. I’d recorded all the guitar parts at home, and then also re-did them in the studio. I know Graham [Sutton, producer] used a mixture of both throughout the song, even a stem I’d accidentally bounced out as a group which sounds messy, with mistakes, but seemed to work the best.”

“I think out of any of the new songs this one had the most versions, and it was all my fault! I changed the bass line so many times, which required other parts to change as well. Graham was incredibly patient. It was worth it in the end. I originally wanted it to have the feel of the Velvet Underground song Foggy Notion and the first guitar solo was done in that spirit. I tried playing that part over the chorus too and it sounded great, so Graham just left the last chorus completely instrumental.”

“The solos are all lifted from the original demo using my Gretsch Duo Jet plugged into the audio interface and using Logic plugins. I tried to play it on amps in the studio, but it didn’t sound ‘shitty’ enough. Nothing ever beat the demo parts. I used to get hung up about only recording with using guitar amps, no plugins allowed. Over time I’ve realised it really doesn’t matter how you make something, it’s the result that matters.”

Sea Power’s new album Everything Was Forever is out February 18 on Golden Chariot Records.