“We have no ego when it comes to the last decision”: Sneaker Pimps’ Chris Corner on new album Squaring The Circle

Back with their first album in 20 years, the electronic duo have always put guitar at the heart of what they do, and this time around is no different.

It’s been nearly 20 years since Sneaker Pimps last released an album, having released Bloodsport back in 2002, but 19 years of leaked demos, solo projects and rumours of reunions later, founding duo Chris Corner and Liam Howe have found each other again and with new singer Simonne Jones on board, are primed to release their fourth album, Squaring The Circle this week.

The road here has been far from smooth, as Howe and Corner’s long friendship was sorely tested when they headed in opposite life directions: Corner as an itinerant artist busy with his solo projects and soundtrack work, and Howe took time out to focus on raising his children, a commitment that clashed with constant making, touring and promoting new music.

There’s also the small matter of living on different continents, with Howe based in London, while Corner dials in to our chat from his home near Pioneertown – a small town a few hours south of LA which was originally conceived as a ‘living breathing Old West movie set’.

It’s a far cry from family life in Britain, but Corner is already in flux – he’s just sold his home to the founder of Coachella so his studio has moved from the guest house into his trailer, ready to move further across the desert toward San Diego. There, a huge plot of land awaits him and his three colleagues, stage manager Paul and UNFALL label staff Amy and Lily in their trailer vans, where he envisions their creative commune-style existence. 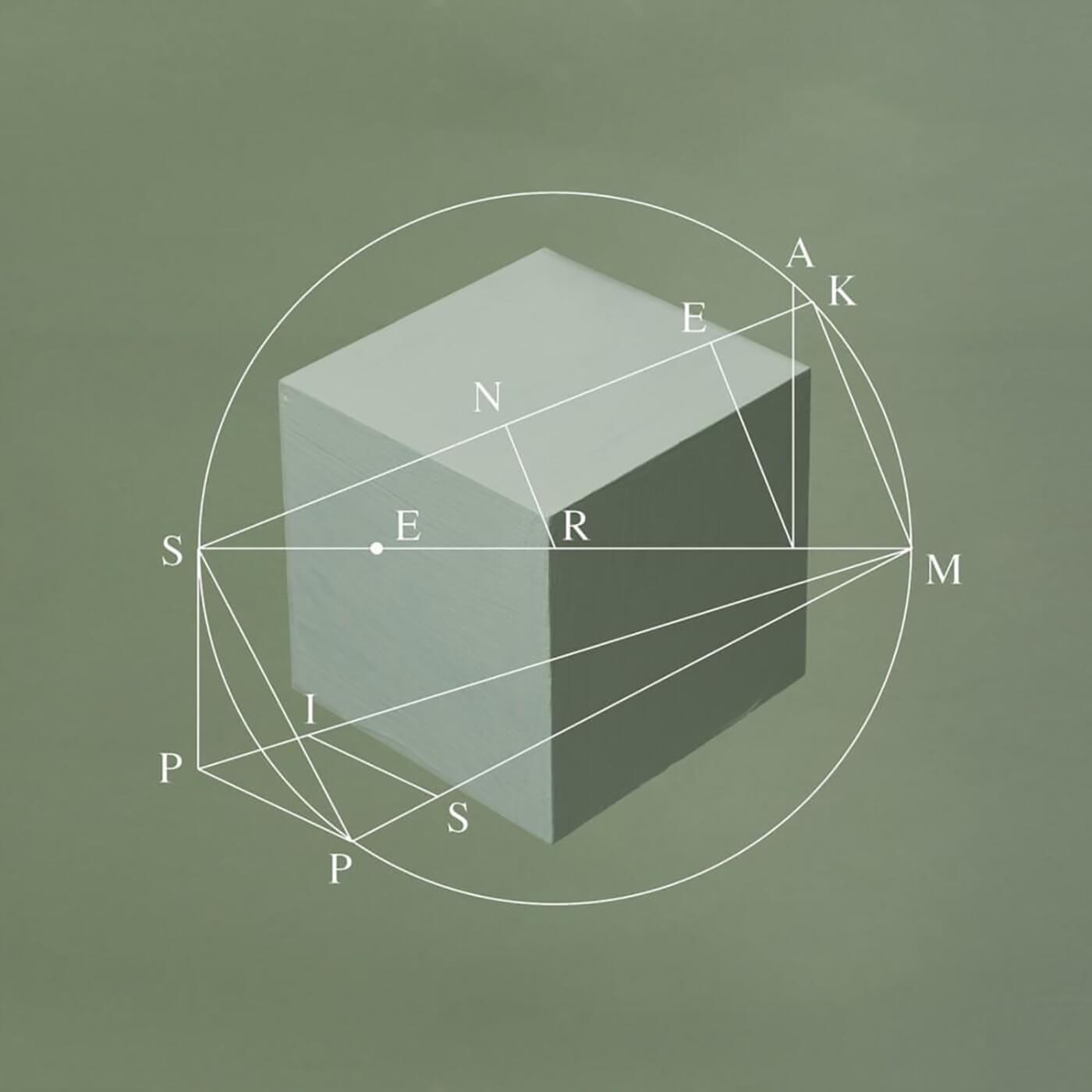 Sneaker Pimps were one of the acts that crossed over into the UK mainstream in the wake of Massive Attack and Portishead bringing trip-hop to the public consciousness, and while they were always an electronic act, the guitar has always been a significant, if occasionally incongruous, component of that.

As if to emphasise that duality, Corner, seated in his trailer studio, is surrounded by a wall of hanging guitars on one side, and a wall of modular synths on the other. He is a self-confessed music nerd, and evidently delighted to discuss the tools of his art, but as he makes clear, discussing tools is only useful and relevant where the product is clear and impactful in its intention.

It was the simple, impactful beauty of classic, flamenco-style guitar that first introduced him to the instrument that would become his lifelong companion.

“I loved classical guitar when I was a kid,” he tells us. “I never went to music school, so it was very much [just me] being in my bedroom and trying to copy Spanish-style guitar or fingerpicking Simon & Garfunkel music. I was obsessed with that kind of folk-edge, where there’s lots of arpeggios and lots of emphasis on the acoustic sound. I really gravitated towards the emotion of Paul Simon’s songwriting and the fluidity of the guitarwork, that was always very impressive to me and that’s where I saw a similarity to classical guitar.”

While not many listeners would pick Sneaker Pimps as a band influenced by classical folk, there is definitely the sound of raw, acoustic guitar on Squaring The Circle.  The strummed folk-esque guitar intro on Paper Room is fed through the digital bleeps of what sounds like a pre-millennium modem and the acoustic guitar on Lifeline is central to its sunny, spacious mood.

“I’ve always been fascinated with intricate technology and traditional guitarwork,” explains Corner. “I became enamoured with technology and production, and manipulating guitar sounds almost to the point of not sounding like a guitar anymore. Over time, Sneaker Pimps has maintained that hybrid, but sometimes it’s a bit more honest, and sometimes [the guitar] is hidden in the mix, where I’ve made it sound like a sample or something.

“I always tend to bring out the acoustic nylon-stringed guitar when I’m writing a melody with emotional weight. I think it’s because it has this kind of gentle softness, but it’s dark and broody at the same time.”

His guitar of choice for songwriting is a nylon-string Takamine, though he has just been gifted a guitar suitable to constant travel – a Journey OC660M – and that has become the latest in his “guitar library” to get extensive songwriting use.

“It’s a really warm-bodied guitar with a weirdly positioned soundhole,” he adds. “So it sounds very unique, and it’s unbreakable so you literally can’t smash it.”

There’s one guitar in his collection that stands out, and one that Corner describes as “most dear to me, my favourite” – a 1973 Rickenbacker 481 that he bought after he got his first paycheck from being a “real musician” with Sneaker Pimps. It felt like a lot of money to drop on a guitar in 1997, but it’s proven a wise investment in every sense.

“It’s gorgeous,” he says. “It’s maintained its beauty and elegance. It’s very light, but very solid wood. It’s a sunburst orange-red, very flat, with a white trim and black scratchboard, big, solid knobs like the filters on a Moog synthesizer. Then it’s got a beautiful design feature on the bottom where the bridge is, a nicely carved ‘R’ for Rickenbacker. It’s gorgeous.”

Corner chooses his guitars on record not based on his favourites however, but on what the songs demand. And those demands are worlds apart between Sneaker Pimps and his solo project, IAMX, a much darker and heavier sonic project.

“If I use guitar in IAMX, it’s much heavier, more distorted, grimy and dirty,” he explains. “I’d use a combination of something like a SansAmp Bass Distortion pedal which is a bit more interesting than the standard guitar pedal. The SansAmp Tri-AC Tech 21 has a fat, kind of fuzzy warm but grimy sound and I’d usually push that through a Boss Pitch Shifter, which would create this high-pitched, squeaky, octave-up harmony. It gives it quite a thick range, which makes it sound even heavier, to me.

“Then, I’d whack a massive [Strymon] BigSky reverb over the top, which is a beautiful reverb pedal, probably my favourite. That very sort of shimmery, wide, dreamy reverb on top of that makes it massive, so that would be an epic, heavy, dirty but consumable guitar sound.”

Sneaker Pimps on the other hand requires more of an organic, acoustic focus, with an ethereal sheen.

“If I was going to do it live, I’d have a Boss AD-10 Acoustic Preamp because that’s really nice for plugging directly in, which makes it much more natural-sounding,” Corner says. “Then, I’d use a BigSky, which works nicely with [Strymon] Timeline, which is a very sophisticated delay pedal. What I’d normally do is set loops going using the loop pedal, which is a Boss RC-50. If I were to play a lead over that, I’d kick in another pitch shifter, which would give me scope and range above the looped acoustic part.

“Before the BigSky, I’d bring the Harmonist in to differentiate between the picking and the lead melody over the top. What’s nice about the combination of the Big Sky, the Timeline and the Harmonist is that you can really create a different sound that’s almost not guitar. It’s still very organic, because you’re playing it, but it gives it more of an otherworldly life. It’s very lush and with a bit of cheekiness and quirk.”

One of the things that fans will have missed in Sneaker Pimps’ long absence is their tendency towards the unexpected – be it an unusual time signature, a blast of distortion out of leftfield, or a quirky mood – and that’s all present and correct on Squaring The Circle. Some of this is baked in from the start, but other times it comes out of pure experimentation and happenstance.

“A couple of things happened with my looping setup, which became part of the sound, and which I really liked in the end,” Corner confesses. “I was recording some acoustic picking… I was hitting the guitar, making some percussive hits to the body of the guitar, and I kept accidentally hitting the microphone instead. So, I ended up using the combination of hitting the microphone as a bass drum, then slapping the guitar as a snare drum. It became a beat, and I ended up using that as a loop on Paper Room. That’s a little mistake that made it onto the album. It’s not sexy, but it’s kind of cool. That’s what I like about that looping setup, you can do a lot of percussive rhythm and drum stuff.”

As you may expect from an album nearly two decades in the making, the planning behind Squaring The Circle was involved and detailed, but with an important caveat – that you don’t become defined by that preparation.

“There is meticulous work that goes on, but we have no ego when it comes to the last decision,” he says of his and Howe’s partnership. “It’s very important to me, the overall sense of the track, the combination of everything, the final meaning. I produce, I write, I write lyrics, I do everything. Whether it’s one guitar sound or a full-blown production with 100 parts, the same depth of work has to go into it but don’t lose yourself in the technicality of doing it.”

Squaring The Circle is out via UNFALL on 10 September.