“I picked up a guitar because I was sick of lugging my piano around with me!”: Sœur guitarist Tina Maynard

The South West’s next great guitar band on compromising, not having a bass player in the band and more. 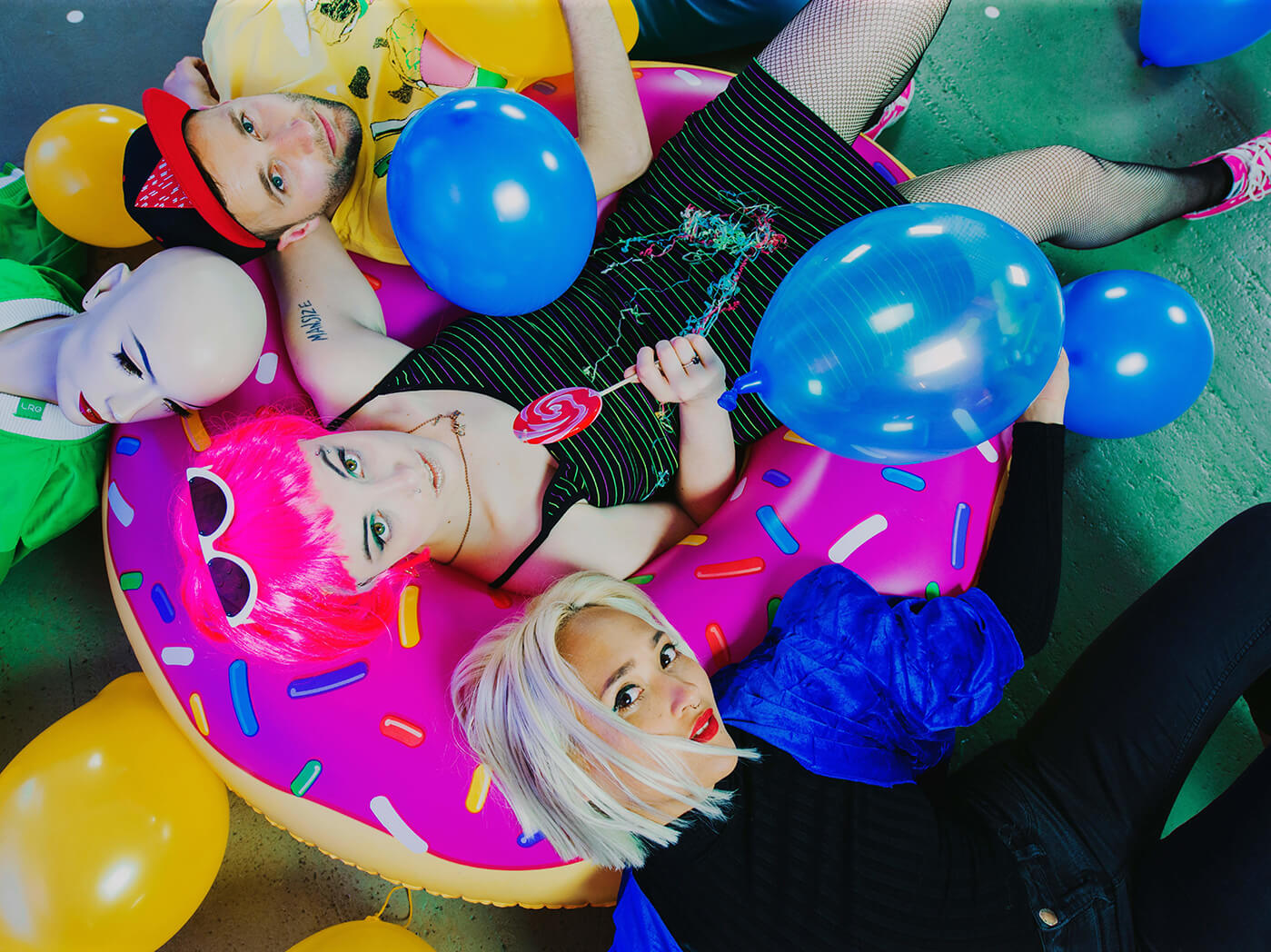 The Bristol music scene is nurturing great guitar bands at an increasingly rapid rate, and Sœur are right at the forefront of that development.

The dual-fronted three-piece fuse traditional pop sensibilities with the aggression of Steve Albini’s back catalogue and the odd injection of math rock and metalcore. Their new EP, No Show, offers an insight into the band’s ever-expanding arsenal of rousing rock songs, with growling, combative guitars from Tina Maynard and Anya Pulver and, intriguingly, no bass guitar.

The EP was recorded between Silk Mill Studios in Stoke and Seamus Wong Studios in Leicester in the space of just four days, following hot on the heels of their previous release, Fight, which received consistent airplay from BBC Radio 1, BBC Radio 6 Music and Kerrang! Radio. The band also recorded a Maida Vale live session, only adding to the furore around this collective of artists.

Here, Tina Maynard tells us why guitars are better than pianos, how the band are great at compromising and talks us through recording the EP in such a short space of time.

What made you pick up a guitar?

“To be honest, I picked up a guitar because I was sick of lugging my piano around with me! Gone are the days where I brought my upright Yamaha to every gig. Guitar is better in every way, roll out of bed and pick up a guitar.” 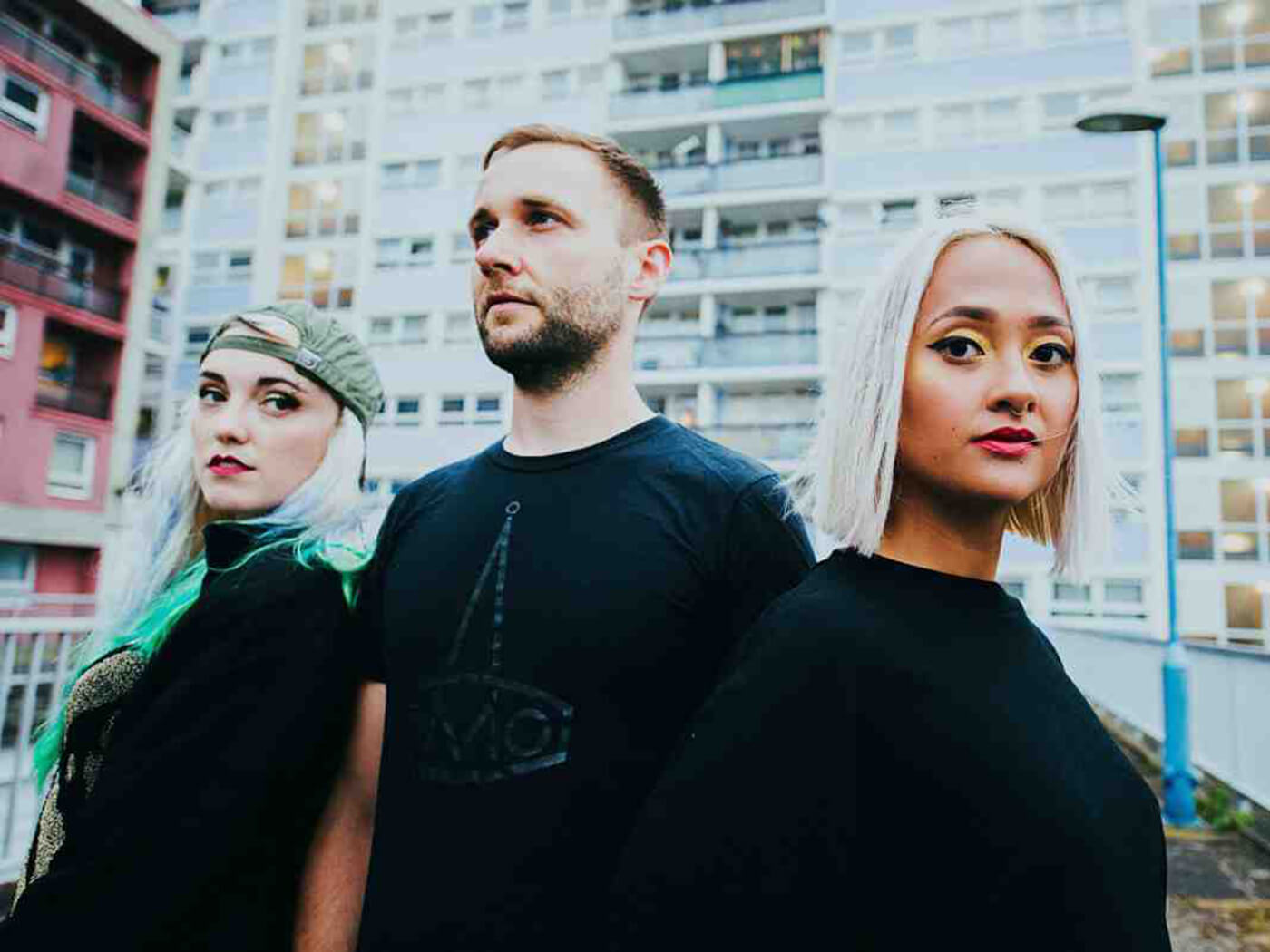 You recorded No Show over just four days. How do you choose what songs make the EP in such a short space of time?

“We always go into the studio knowing what songs we’re going to record, so it’s not as quick a decision as you’d think. We’re a very democratic band so these decisions actually take a long time, and we’re very good at compromising. For this EP, we went with the songs we were most excited by.”

Do What I Want touches on the topic of toxic monogamy. Is that a theme that’s present throughout the EP?

“Not really, I think that idea is confined to that song. Each song has a slightly different topic and, as usual, Anya and I explore those topics from our own individual viewpoints.”

What are your main guitars and amplifiers?

“I have a Fender Telecaster American Standard and go through a Laney GH50R-212 tube combo. Anya has a Les Paul Zoot Suit and goes through a bass amp as well as a guitar amp. She uses a Laney Nexus and Laney Lionheart L20T-212.”

Is the guitar your go-to instrument when composing?

“For me in Sœur, most definitely. I do play a little piano, but I’ve never written anything on it for Sœur. Like I said before, it’s just better all round, most of all in terms of convenience. I do have an acoustic that I write a lot on first, I like to thrash ideas through acoustically before bringing them to the band.”

Why do you not use a bass guitar when playing live?

“The simple answer is really because Anya and I don’t know how to play bass! We have entertained the idea once or twice, but we’re happy as we are now, for now. One of us will usually fill that frequency and take the bass ‘role’ so to speak anyway, so we haven’t seemed to miss it too much.”

Following the release of your new EP, No Show, what’s next for Sœur?

“We’re heading out on tour next month supporting Saint Agnes and then at the end of November, spilling into December, we’ll be up and down the country on our own headline tour promoting the EP. We’ll be writing when we can and sorting out a plan for the next period. No rest!”

Sœur’s new EP No Show is out now.