Sorry guitarist Louis O’Bryen on relic’ing his Strat, living in London, and the band’s sophomore album Anywhere But Here.

Sorry do things differently. Never ones to be tied down, these indie shapeshifters take in hip-hop, R’n’B and even electronic elements.

The band’s 2020 debut album 925 was a peek into the neon-lit corners of their London home, on which core members and guitarists Asha Lorenz and Louis O’Bryen – alongside bassist Campbell Baum, drummer Lincoln Barrett and synth player Marco Pini – explore desire in the big city and punctuate it with everything from 1990s alt rock to bracing post-punk.

At the heart of Sorry is the dynamic between Louis and Asha, two songwriters who bring out the best in each other. Across Anywhere But Here, they adopt multiple guises, going from protagonists to antagonists, as the songs swing from one voice to the other.

“Because we’ve known each other for so long, it is a really hard thing to make music on that level with someone,” says Louis “We’ve been honing and practising that without really knowing for so many years. Also, I just respect Asher a lot. I think she’s an amazing musician and hopefully she’d say the same thing about me.”

New album Anywhere But Here is a brutally guttural break-up record. Its songs swelter like love-lorn bruises, packed with lonely moments that feel like walking home in the darkest of nights. But it’s not just emotionally intense, it also marks the band’s heaviest use of guitar to date.

“On this album, the guitars are more central to the songs because we recorded live with the band. That’s the basis of the album and everything around it is a bit more hidden this time”.

In the earliest iteration of Sorry, while in high school, Louis and Asha self-produced music in their bedrooms, which soon turned into a collection of eclectic demos that demonstrated an early willingness to evolve.

“We always want to be progressing and changing our sound, not just for the listener but also when we’re writing new songs,” says Louis. “We like to feel that we’re progressing. The idea of us doing the same album four times is boring to us. We try and keep it interesting.”
The duo’s progression as guitar players can be heard throughout Anywhere But Here.

Expansive numbers such as Tell Me showcase their ability to switch gears at a moment’s notice – subtle, forlorn notes morph into bolder, more expressive chord progressions before the track bows out with a hail of discordant noise, the two lead guitars clashing against each other. 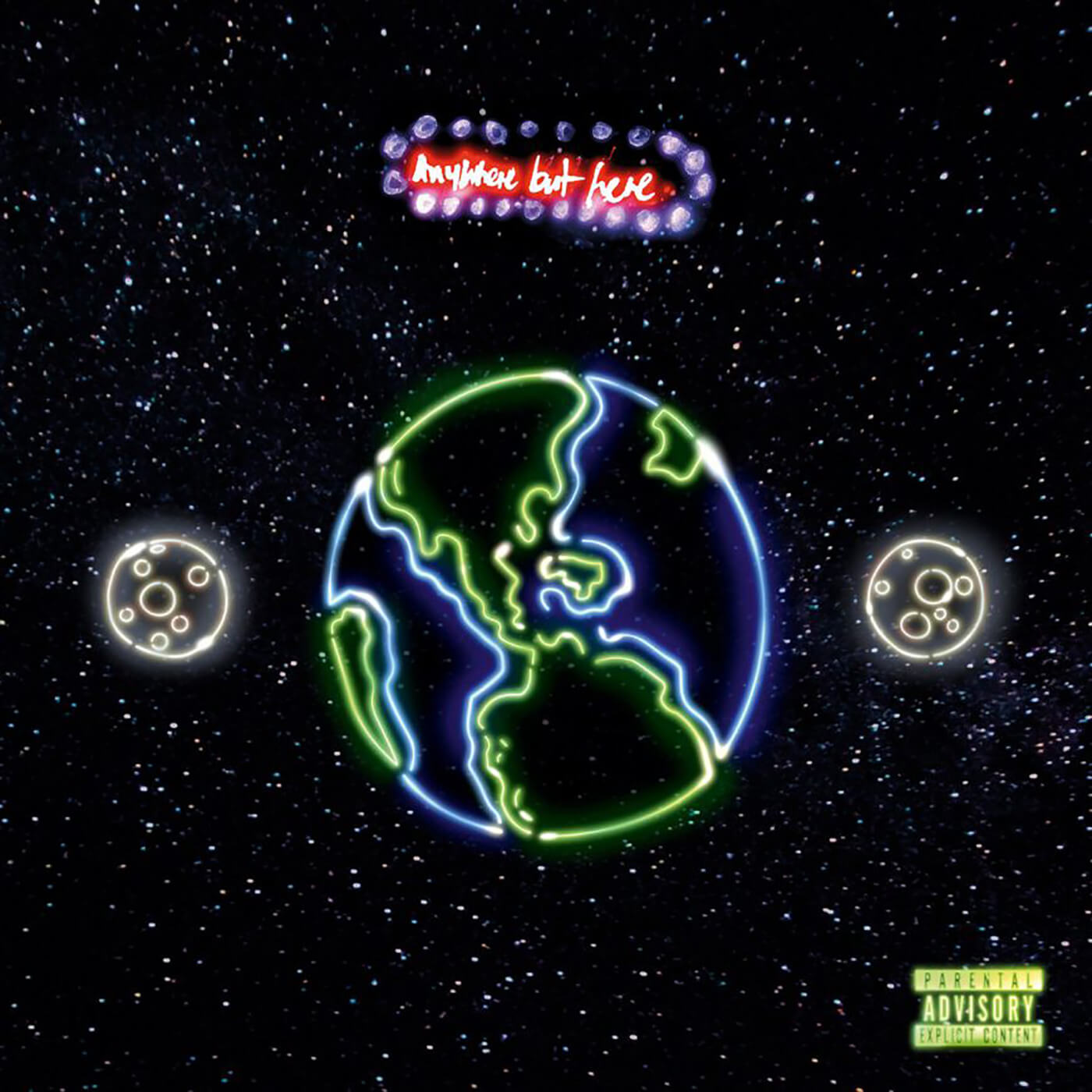 “We really wanted that song to explode at the end,” says Louis. “That guitar part is super. It locks in with the drums and we wanted it to keep you on the edge. That song could have become a super-crazy rock song but we wanted it to still be interesting.”

To Sorry, it was important to find the right balance between trying new, louder ways of expressing themselves with the guitar without going into full-on rock territory. What ties the tracks on Anywhere But Here together is the way they match emotional intensity with the perfect tone.

The album feels concise with its projection of woefully lost romance, however no two tracks are similar. One of the main outliers is Willow Tree, a track that has a sense of playfulness throughout.

“We wanted that song to kind of sound like The Kinks and to be just super-simple and have this repeating motif that plays throughout. We tried to not do too much because we have a tendency to over-produce songs a bit, so we wanted to test ourselves and make it really simple.”

Another artist who spins simple melodies into gold is Sorry’s Domino labelmate Alex G. Sorry have taken inspiration from his writing and mixed it with their own. “The most admirable thing I’d say is just how much he writes, the consistency is crazy,” says Louis. “He is an amazing lyric writer and his melodies are super-potent and interesting.”

Keeping things simple has been incredibly effective in order for Sorry to feel like they’ve pushed themselves forward on their new album. Asha and Louis have always maintained a DIY approach to music, even after switching from the bedroom to the studio.

On Anywhere But Here, they worked with Portishead’s Adrian Utley, who Louis credits as essential to keeping the band on track and creating continuity across the album. “The production side is really important to us,” he says. “When we’re writing songs, we’ll produce them on the computer while we’re doing it.

“On this album, we wanted to not take a step back but be more open to other ideas. It was important to us to feel like we were experimenting with different ways to work. It came out sounding like the songs were from the same world and I think that really helped.”

The writing process also got the band thinking about different ways to approach their instruments. “We wanted to approach the guitar differently,” says Louis. “Initially we were trying to get out of the guitar world. The guitar doesn’t have to be central but it’s always there, I think there’s a lot of guitar hooks in our new album, more so than we’ve done before.”

Louis plays a black Fender Stratocaster that he’s owned for six years. It gets better with age. “When I was younger, I used to draw relic’d Strats,” he says. “I really wanted one. Buying a pre-relic’d Strat is a bit naff. I’ve chucked my Strat around so much that the pickguard has gone a bit green. I’m really proud of how I’m relic’ing it myself.”

Sorry are often by proximity compared to bands in the South London Windmill scene, including the likes of Shame and Goat Girl. It isn’t a comparison they’re offended by but the connections are vague and do little to capture Sorry’s singular sense of identity.

Though London has been good to Sorry, in recent years the city’s independent venues have come under increasing pressure, as they have across the UK. “I have noticed it changing,” says Louis, “not necessarily the gig circuit but places that we used to go when we were younger.

“One place, The Lock Tavern, was bought by Camden Brewery. Back when it was independent, we used to play there loads.” Louis also mentions The Monarch, among other London venues that have shut down. During the pandemic, Sorry made a live album recorded at The Windmill in Brixton and sold it on Bandcamp, with the proceeds going to the venue to help it stay afloat.

There are times where it feels as though the city itself is a background character in Sorry’s songs. There’s so Many People That Want to be Loved sees Asha describe the lonely people of London as if they were landmarks themselves, standing on street corners or waiting for trains in a kind of heartbroken harmony.

London has been the setting to every key moment of the band’s personal and romantic lives, and that bleeds into their lyrics. On Key to the City, Asha describes feeling lost despite having lived in London all her life, such is the impact of someone no longer being around.

“It’s where me and Ash have grown up all our lives, all of our loved ones are from London and all of our friendships and relationships happen in London, so it feels like a backdrop to all that.”

It’s hardly surprising, then, that given the musical history of a city so steeped in the folklore of punk, grime, rock and countless other genres, Sorry have picked up a few tricks. They’re well on their way to becoming one of the UK’s most eclectic bands.

Sorry’s Anywhere But Here is out now.