The story of Willie Nelson’s Trigger, the most famous acoustic in the world

We explore the history of Willie Nelson’s acoustic, Trigger, and speak to the man responsible for keeping it in working condition. 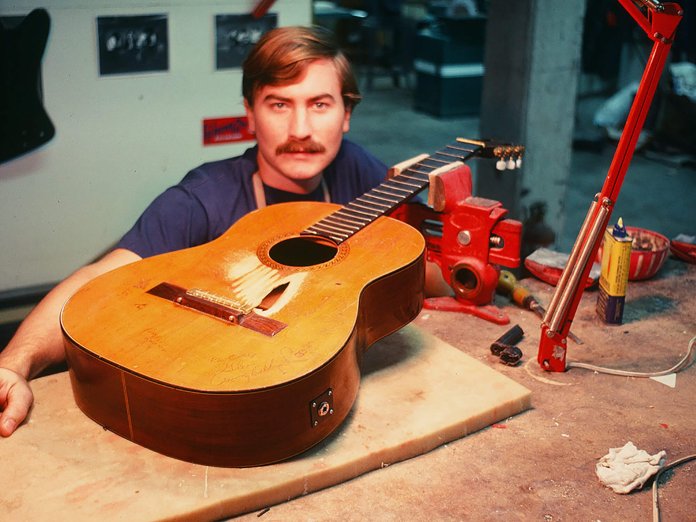 “Willie is not one for change,” says Mark Erlewine, caretaker to one of the most iconic and recognisable acoustic guitars in the world, Trigger.

A constant companion to country icon Willie Nelson since it rolled off the production line in the late 1960s, this is a guitar with as much history as it has character. 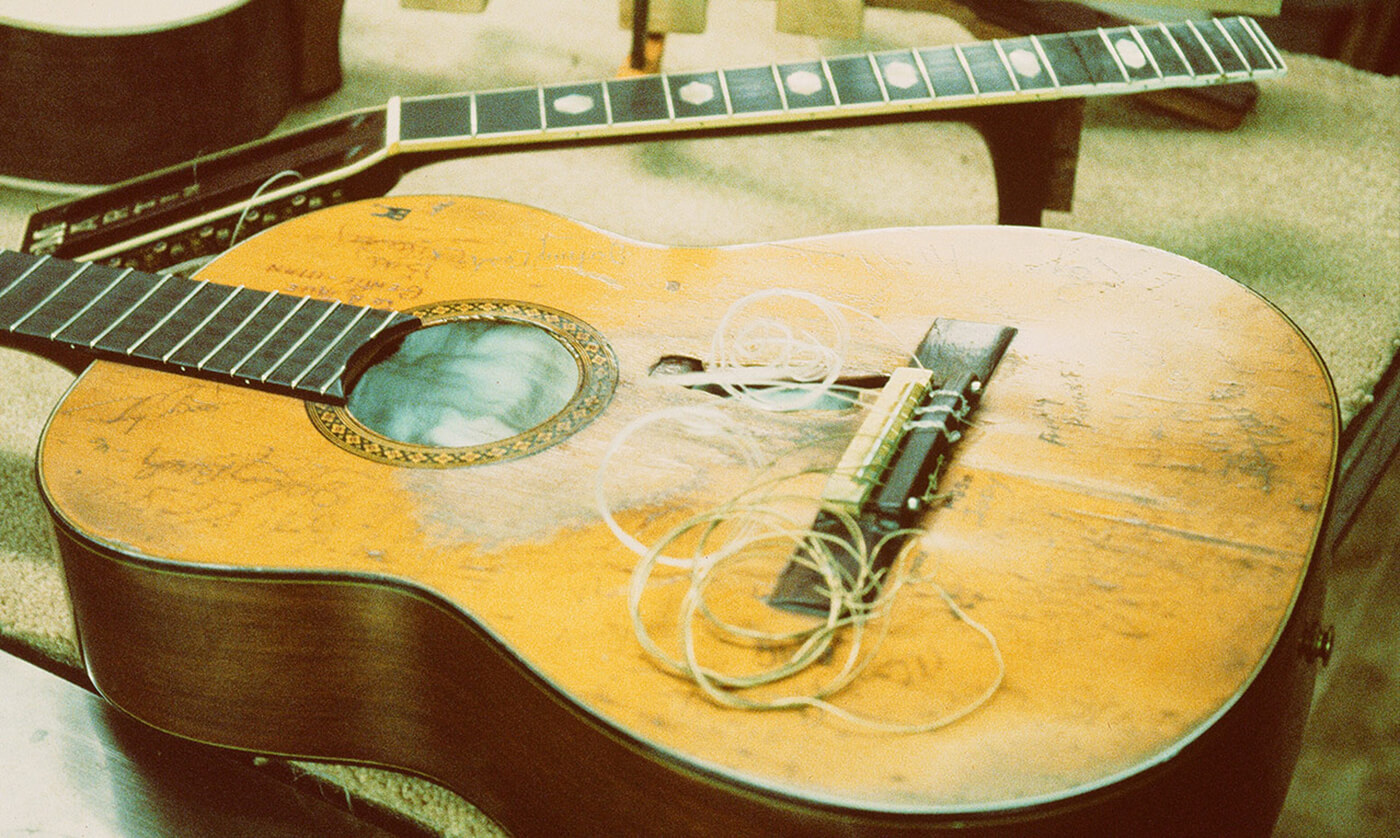 A Martin N-20 nylon-string acoustic with the serial number 242830, Trigger dates to early 1969, which means it was brand-new when Nelson obtained it that same year. Why was Willie in need of a new guitar? Because he had laid his beloved Baldwin 800C acoustic on stage between sets and, as the story goes, a drunkard stepped on it.

Nelson’s Baldwin featured a PrismaTone pickup at the bridge and a preamp inside the guitar. Though it wasn’t the first piezo pickup on the market, this was one of the best of the era. The 800C was also used by Jerry Reed and Chet Atkins at the time. Atkins liked the PrismaTone so much that he took it off and had it installed in later guitars.

Piezos are a great way to pick up not just a vibrating string swinging through a magnetic field but also the resonance and energy of the entire guitar. Prior to the use of piezo pickups, nylon-string players had to rely on microphones to amplify the sound of their guitar. Piezos, however, have a relatively weak output, which means they require a preamp, hence the Baldwin 800C sporting both.

With Nelson’s Baldwin broken, he took it to luthier Shot Jackson, who indeed deemed the guitar unsalvageable. Instead, he sold Willie a brand-new Martin N-20 for $750 – which current inflation puts at more than $5,600 – and installed the Baldwin’s PrismaTone and preamp into it. But rather than remove the Baldwin’s pickup and install it into the Martin’s bridge, Jackson removed the entire bridge from the brand-new Martin and replaced it with the Baldwin’s, which already had the mounting holes drilled into it.

Willie and Trigger, which wouldn’t get its nickname until many years later, formed a tight bond. The sound of an amplified nylon-stringed instrument played, unconventionally, with a pick was unusual. Since they were traditionally played fingerstyle, classical guitars such as the N-20 didn’t even come with pickguards. 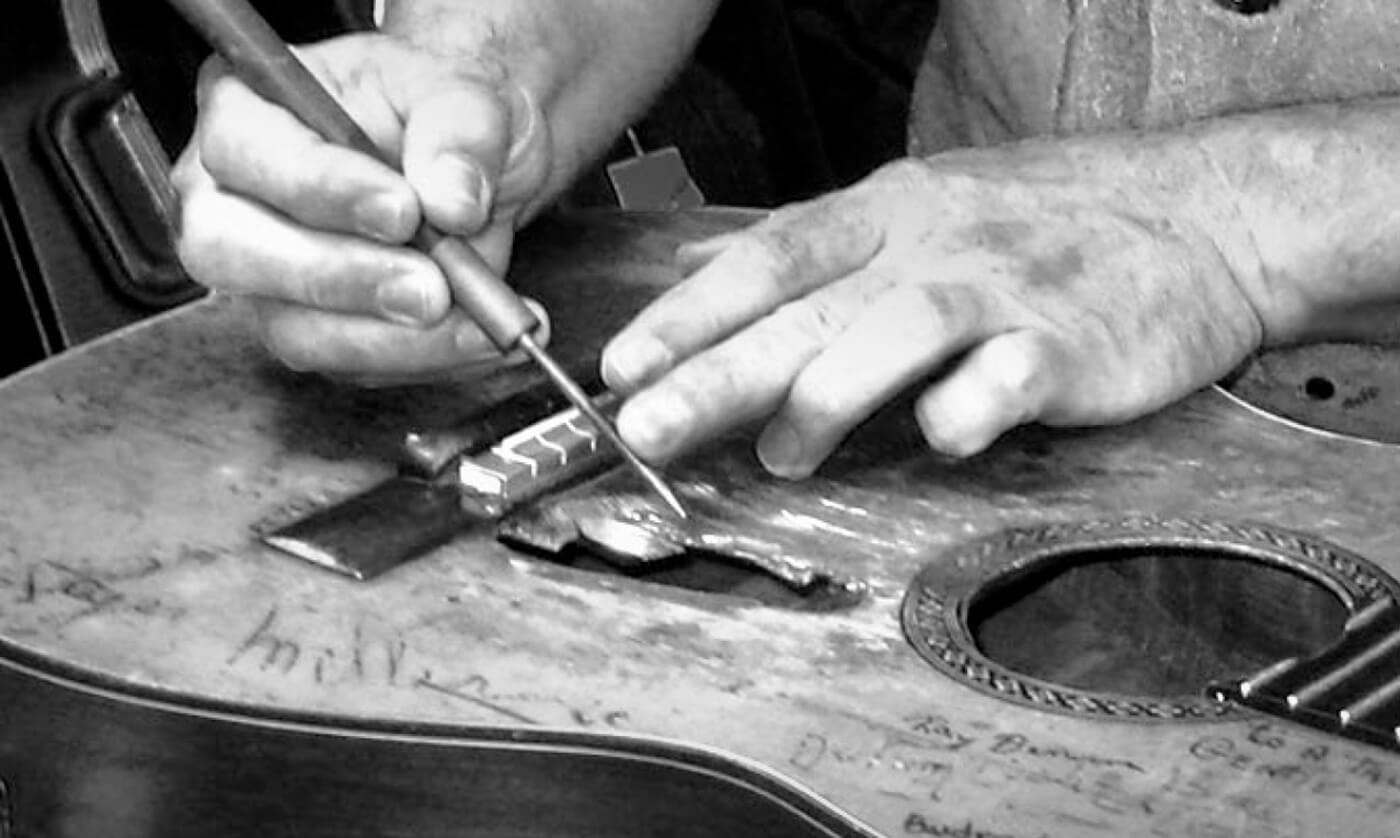 Trigger wears the scars of more than 50 years of life on the road. The frets are all original but have worn down, meaning some notes thump or buzz. Rather than fixing the issue, as is standard procedure, the artefacts have become part of Trigger’s ageing sound through the years. Just as our voices age over time, the tone of Trigger can be tracked over decades of recordings and live performances.

The guitar’s Sitka spruce top has a hole worn through near the bridge. Of course, the easy fix would be to slap a pickguard on there. But Willie doesn’t like change.

According to Erlewine, entrusted with keeping Trigger in working condition year on year, any modifications that might make the guitar more “player friendly” are shot down by Willie pretty quickly. Erlewine used to use spruce for the patch bracing he would place around the hole to maintain the guitar’s structural integrity – but Willie would quickly carve through it. Instead, recent years have seen Erlewine switch to Honduran mahogany.

All of Trigger’s original basic internal fan bracing is still intact. One of the main issues Erlewine has had to deal with is the area where Willie’s arm comes in contact with the guitar’s top. Over the years, sweat has caused the top to separate from the sides, meaning it’s had to be re-glued several times.

Trigger’s original Baldwin bridge, swapped in for the original Martin bridge by Shot Jackson, was replaced in 1989, after it split and broke off. Willie’s road manager at the time, ‘Poodie’, took it to Rick Turner’s shop in Los Angeles. Between carving and glueing a new bridge and allowing it to set, standard bridge replacements such as this usually take about two days. Turner turned it around in one, and the bridge he made had a slightly larger footprint than the original Baldwin’s.

The tuners have been replaced more than a dozen times too. Trigger wears high-quality Hauser Schaller tuners but the gears tend to wear out, particularly on the D string. Willie has something of a nervous tick when performing and can often be seen fiddling with the D string’s tuning peg between songs. When one tuner goes, the entire set is swapped out.

The pickup and preamp have both been replaced several times too. The pickups have been carefully sourced and stocked over the years; all the backup pickups for Trigger come from late-1960s Baldwin acoustics. The original preamps were encased in epoxy, making it impossible to troubleshoot them. Instead, Erlewine dissected the original and created a comparable replica using modern parts.

Trigger’s output jack has been moved from its original position on the side of the guitar to an end block jack. You’ll notice a bolt head where the original jack was. This is where the preamp is now mounted, suspended from the top and back of the guitar.

The guitar uses a stereo cable – one for output signal and one supplying power to the preamp. The pickup and preamp are designed to work in tandem with the Baldwin amplifier that came with the guitar. Willie’s Baldwin amps are still in stock condition. He usually travels with about eight, though only two of them are on stage at a time. 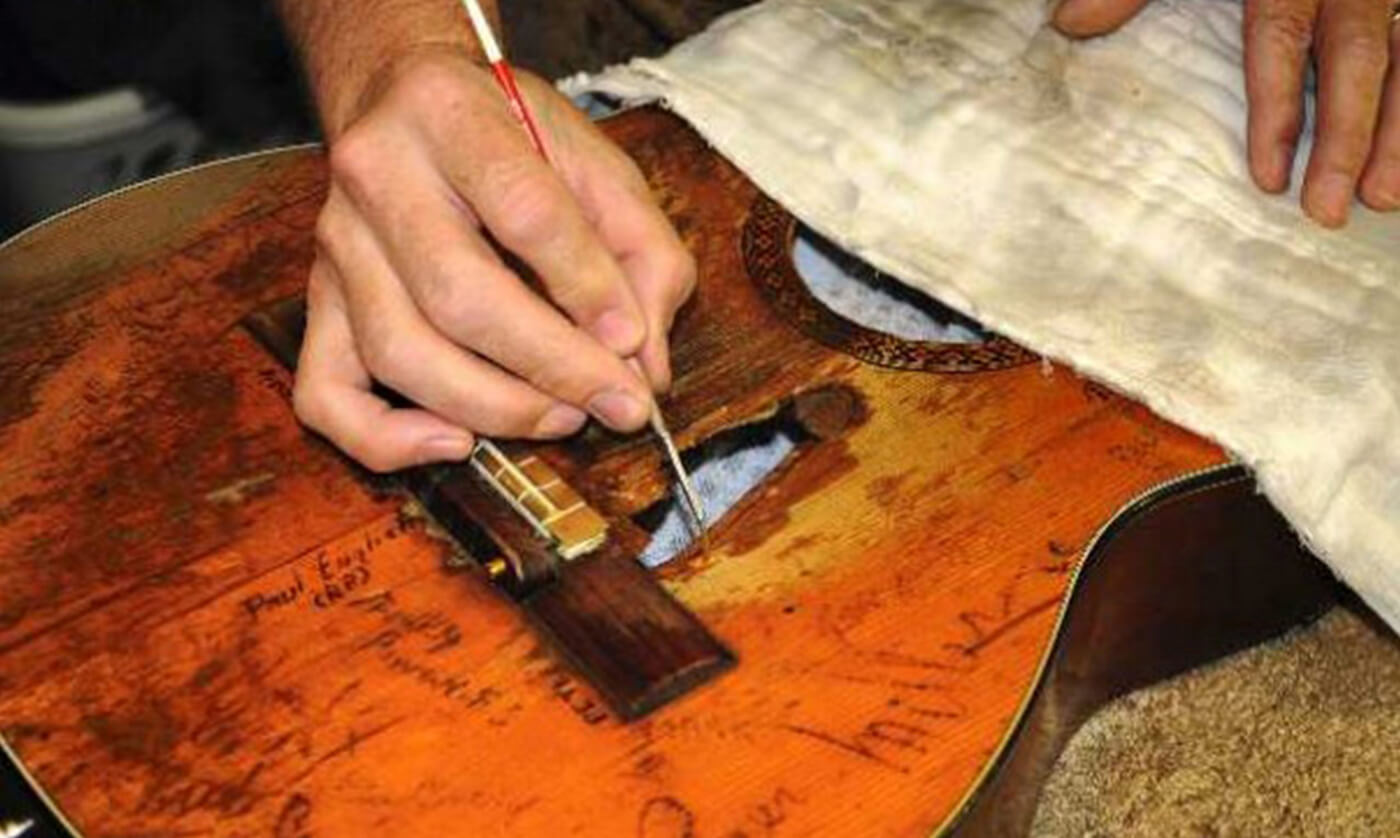 Martin N-20s typically sell for between $5,000 and $15,000. Though Trigger is not exactly in mint condition, it’s such an integral part of Willie Nelson’s illustrious career that it might prove one of the most valuable guitars in the world were it ever to hit the auction block – even if that’s unlikely.

Trigger isn’t Willie’s secret weapon – it’s his only weapon. Many builders have made custom instruments to serve as a backup for Trigger but none of them have come close to hitting the mark.

Willie’s people even found another N-20 only three or four serial numbers away and modified it with a replica bridge in the hopes of one day retiring Trigger. Willie never really played it.

Willie does, however, have a backup guitar. If he ever breaks a string during a show, you might see it come out. As soon as that broken string has been replaced through, Trigger is right back in Willie’s hands.

Trigger has a life of its own. Willie once saved the guitar from a house fire – along with, allegedly, a pound of weed. In turn, Trigger saved Willie from the IRS.

In the early 90s, Willie landed in some legal trouble with the IRS and was ordered to pay millions in back taxes and fines. He had no money to pay a band, so he went into the studio and recorded solo versions of many of his classic songs using only Trigger.

The proceeds from his grass-roots marketing of the album eventually helped him pay off his debts. It’s safe to say that Trigger has more soul than any tax auditor we’ve ever met.