Talkbox: Mrs Smith on how learning the guitar literally saved her life

The shred phenomenon discusses the importance of practising your vibrato and explains how high-fashion photoshoots can ruin your hair.

“In the 90s, I was kidnapped and held for ransom by a Norwegian death metal band, and I suffered the Stockholm syndrome. I spent three months in a closet with nothing but a guitar and mastered the instrument to save my own life.

“I joined the band, eventually overtaking them completely. In the end, these men all died in a fire that I did not start.”

I couldn’t live without…

“I once bought a random Ibanez on Craigslist. It was plain wood, and I have no idea what model it was, but it ripped. I couldn’t keep it because I don’t believe in unpainted guitars you see; I have a personal philosophy that they’re an abomination. Unpainted guitars put my eyes to sleep. Looking at them makes me want to fall into such a deep sleep that I just die and cross over and I’m finally reunited with old friends and colleagues. At the time, I didn’t know that you can hire people to paint guitars. If I’d known that, I would have kept it and had this horror remedied. Instead, I cast it out. I hope someone painted it.”

“It would be a SuperStrat, of course. Floating whammy bar. Two humbuckers. I’d want a rosewood fingerboard because my fingers are very pale, and they tend to blend in with maple fretboards. I would want it to be fancifully designed to really wake up the eyes. It should be like a fabulous accessory, like a gorgeous handbag or necklace. My hope is people would hang it on their wall and say, ‘My god, that’s a work of art.’ I would design it so people who don’t even know who I am would be dazzled and buy it and discover new vistas of expression and shred madness. I would want it to not be too heavy so I can do wild stage moves. Maybe someone will build me one of these someday…”

“A riff that I wrote, but have yet to record, because it’s kick ass.” 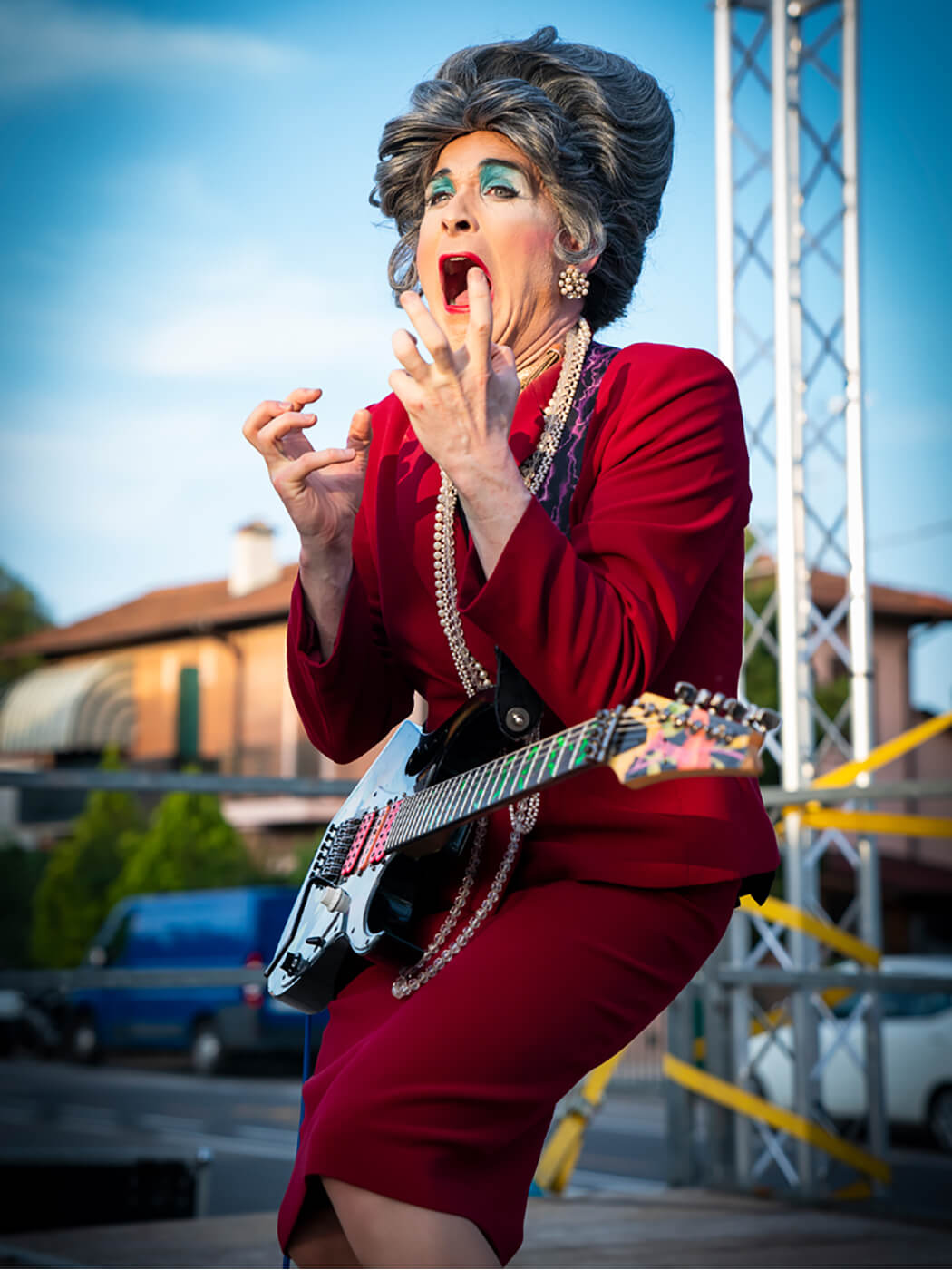 “Stop and really listen to your vibrato. Playing fast is glorious but when we conclude a blistering run there’s a pinnacle note that’s likely to be more important than all of those other notes. It’s where we land and once we’re there, what is the vibrato statement? Does it sound like a housefly that got into the crystal meth? Usually, the secret is to slow down the vibrato and practice, practice, practice every note with every finger as they’re all different.”

“This is maybe more out of Absolutely Fabulous. I was in a fashion shoot for a global, mega-brand that will remain nameless. It was my first time doing something like this, so I was quite nervous. I arrived at the shoot early in the morning with my already hair done by a stylist in the European city where we were shooting. The stylist for the brand said it looked perfect, no need to change anything. Nonetheless, she began to work on my hair as the makeup artists did her thing.

“An hour later she spun me around and my hair was a monstrosity. My head looked like a beehive that had been beaten with a baseball bat and we had ten minutes to get to the set. I fled the trailer, overwhelmed, followed by two producers shouting in British accents, ‘What’s the matter? She’s the best! She’s done top pop stars!’ They talked me down and I returned to the trailer sheepishly and apologised. The stylist replied, ‘Oh, that was nothing. I’ve worked with Naomi Campbell.’” 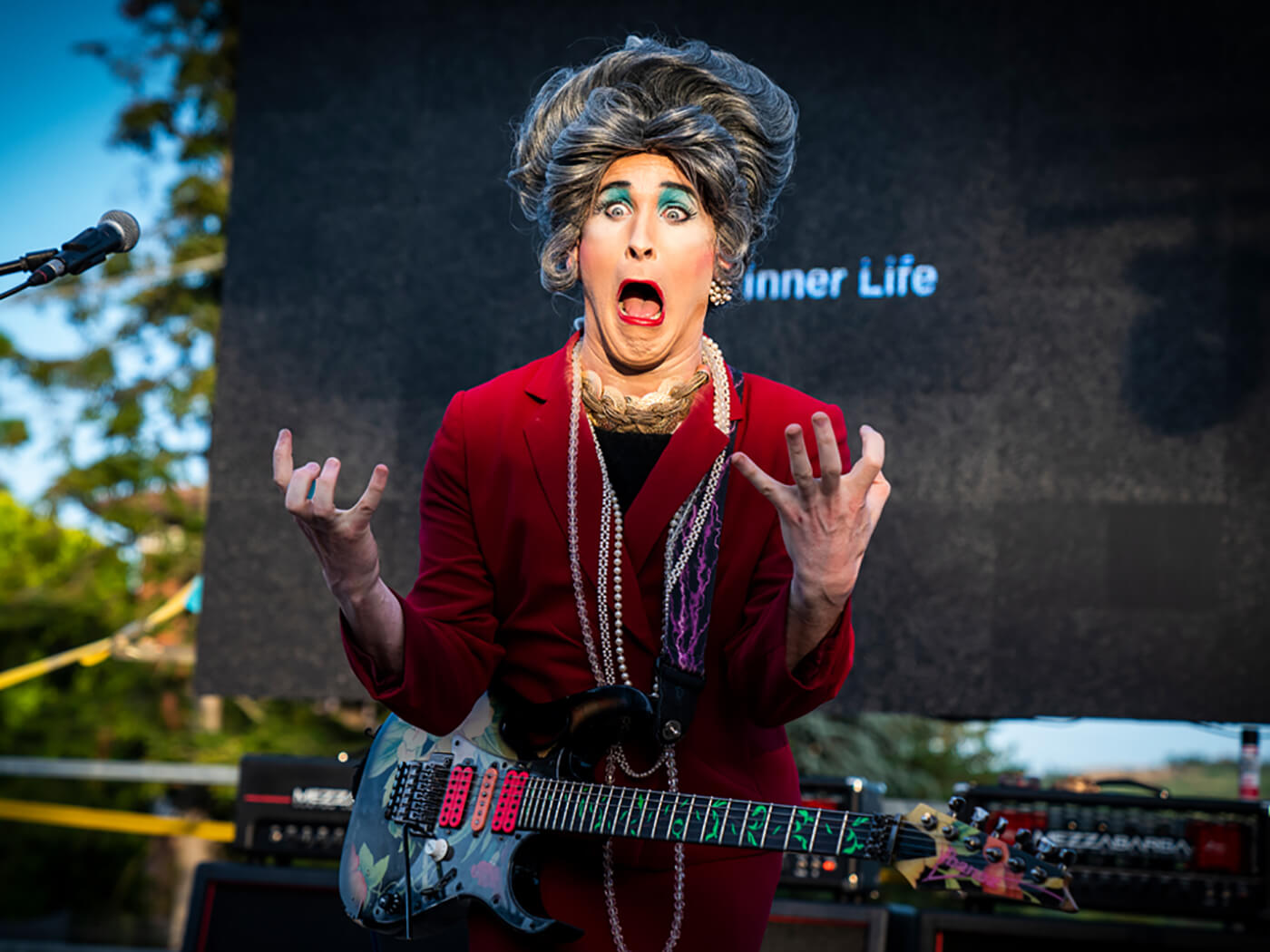 “I wish I could do that funky rhythm playing like Nile Rodgers.”

The story of Tom Morello’s ‘Arm the Homeless’ Guitar