Master Guitar Designer Andy Powers explains how the COVID-19 pandemic ground Taylor’s production line to a halt, but out of that adversity came a new series made using the limited resources to hand and the ingenuity of Powers and Bob Taylor. 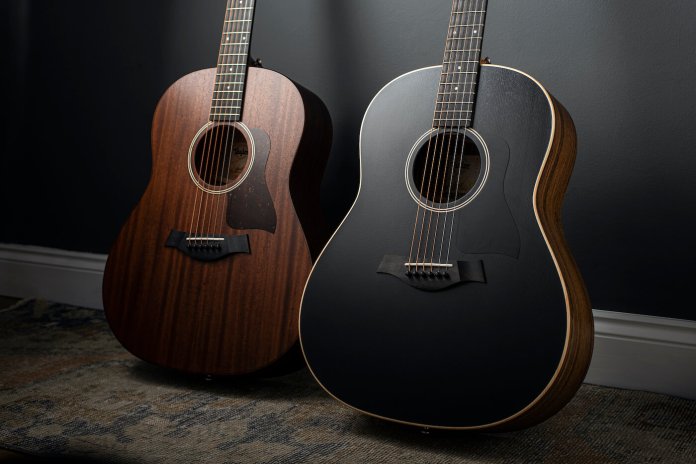 How did Taylor manage to deal with the shock of a world thrust into lockdown?

“Taylor Guitars was founded on adversity! It’s a little-known fact that, on the very first day of Taylor Guitars’ official business – the first real working day, in 1974 – the workshop flooded. Bob Taylor and Kurt Lustig showed up ready to get started with their brand-new guitar business and found it knee-deep in water.

“They spent the entire day picking up piles of soggy sawdust and trying to keep machines from rusting. That’s the sort of stuff that we’re made of. It gives us that strength to look at a challenging time and want to make something better.

“One of the beautiful things I’ve been watching come out of this time is an interest in returning to self-made music. People are redirecting their attention into creativity, into self-expression, and they’re interested in playing guitar even if it’s just three chords. I wouldn’t wish this amount of disruption on the world ever again but if we’re looking for silver linings, that seems like a pretty good one.

“Taylor has two factories, one in El Cajon and the other in Mexico. If you were to drive from one to the other, it would take you about 45 minutes but, because there is an international border between them, it means that there’s a completely different set of regulations governing what can and can’t be done in one and the other, and that has made this pandemic particularly challenging. Our workshops rely on each other for parts, each one has different tools, different processes. It’s a symbiotic relationship. Our production literally ground to a halt.

“Bob and I thought, ‘Okay, we don’t know what tomorrow looks like but what can we do right now to make it a little better than today, because today is not super-fun?!’ So we set in motion the types of things that we could with the limited resources we had available to us. We both have workshops at home, so we’d be at the factory during the day and then working at home at night on this project.”

Guitars built in difficult times are well known for their stripped-down aesthetics and often superb sound. Do you feel like the American Dream Series is Taylor’s equivalent to historic models by Gibson and Martin?

“The challenges that we have encountered recently have led to what we’re calling the American Dream Series, which features guitars named after the first Taylor workshop. It seemed obvious to us that these guitars were something we could make during these uncertain times, rather than just throwing our hands up, waving a white flag in the air and going and hiding, which was a real strong temptation!

“These guitars are intended for musicians who are facing many of the same difficulties as us. Many players are now re-evaluating their needs. This isn’t really the time for filigree and ornamentation and the most unobtainable exotic woods. This is almost like a return to the Depression-era and, as we all know, plenty of really fantastic guitars came out
of the Depression-era.

“You know, I had a lot of older relatives who lived through the Depression, the wars of the 20th century, pandemics, shortages, economic collapses and all kinds of calamities and survived. Each of those people had a strength to them that was inspiring, and that never leaves you.”

The first American Dream models are all based around the Grand Pacific body style. Could others be on the way?

“That’s right. For now, they’re all the Grand Pacific shape but I can imagine a future where we introduce other shapes. We launched the Grand Pacific just two years ago and it’s been such a popular model. My dad was a carpenter by trade and he was looking for work songs to accompany his working day – old-time bluegrass, folk music, country. It’s very dear to my heart because I grew up listening to music with that warmer, woodier sound.

“The irony with these is that we started building them thinking that it might just be a temporary thing. But we like the guitars so much we’ve decided to make them a permanent part of our line-up. They really are fun instruments to play, so let’s just keep making them. They have a place in the world – that musical need is not disappearing.” 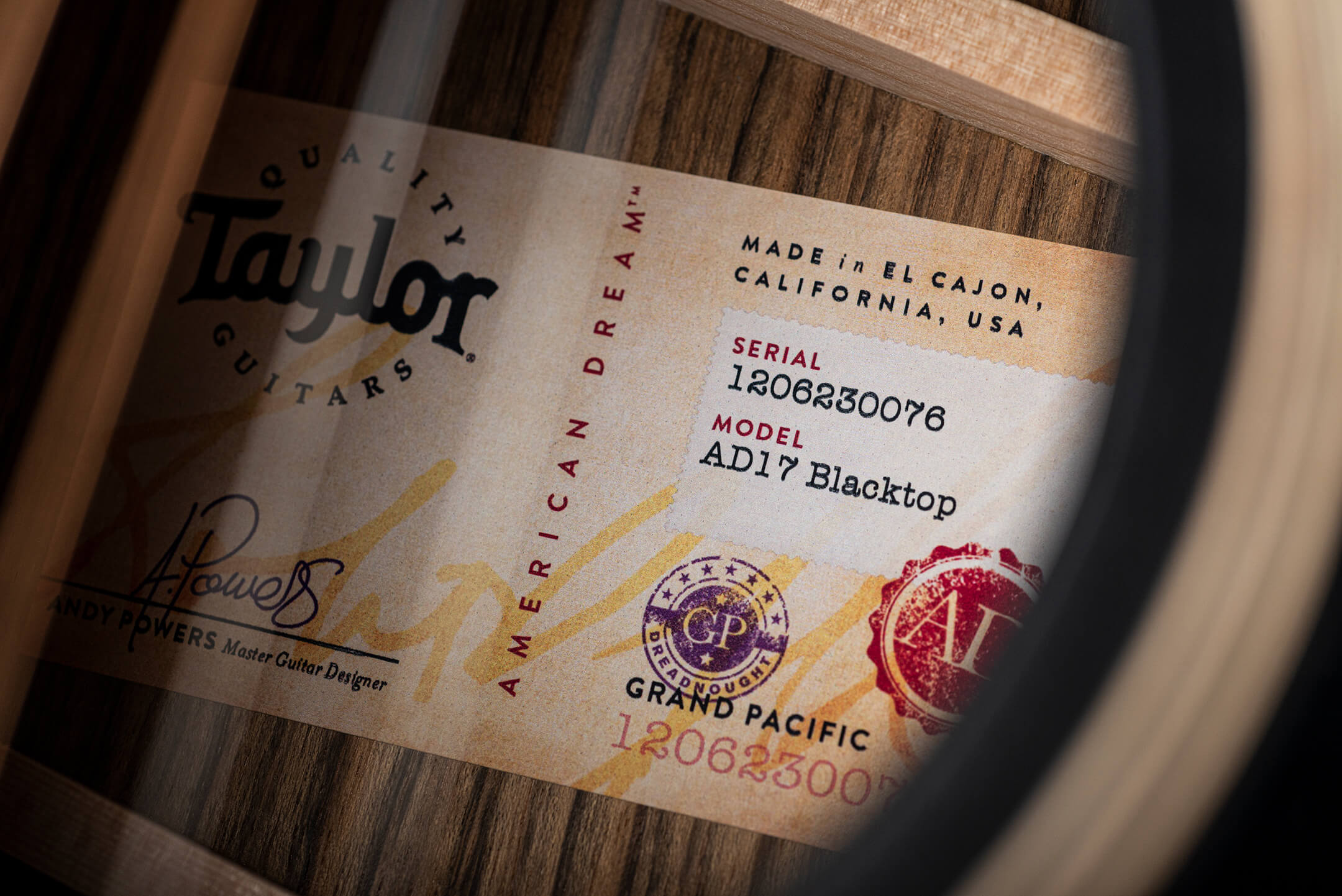 Was there any temptation to return to a more traditional bracing pattern for these guitars?

“We wanted to continue building on the V-Class architecture. We had the tools to do that. We know it works well. More importantly, though, we love the way that it works with our guitars because it offers such a musical response, as well as being stable and strong in different climates. It suits almost anyone who picks it up.

“The finish is unique for these guitars. We typically spend a lot of time doing ultra-perfect finishes where everything is polished out to a pristine lustre. These guitars needed a different approach, where you’d get more of a connection with the wood’s natural character. We used a modern water-based environmentally friendly finish that is ultra-thin and behaves a lot like old nitrocellulose lacquer that has sunk into the wood over the decades. You’ll feel a lot more texture on these guitars than any other Taylor, and the sonic response is very open and organic.”

What about the choice of wood?

“We are using a select collection of woods at the moment but we’ll be introducing others as we go along. Right now we’re using ovangkol, as well as sapele and mahogany.

“We chose woods that we knew sounded great but in some cases had been harder and took more time to work with. But with these guitars, we had nothing but time, so off we went. 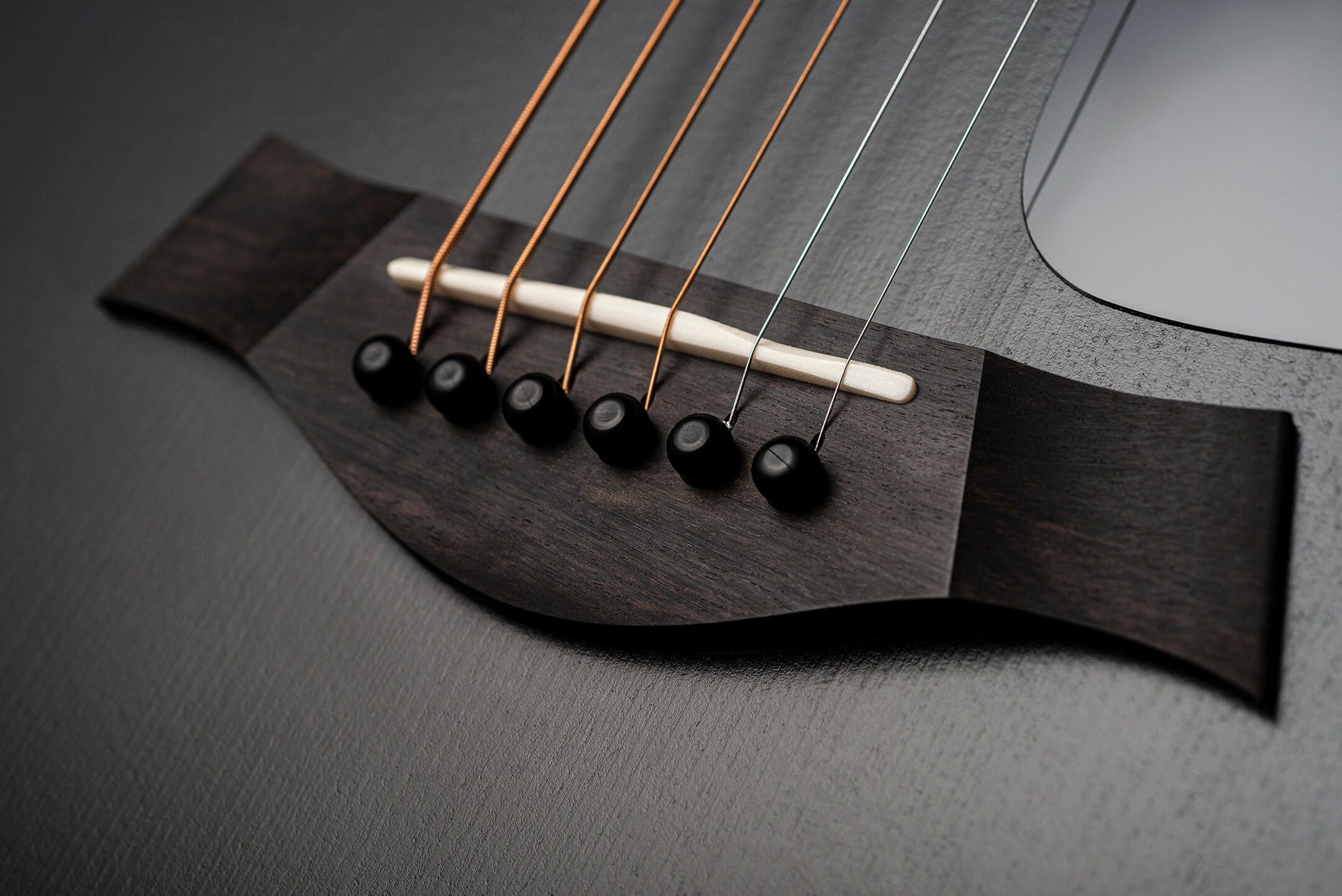 “The soundboards are Sitka or Lutz spruce. You know, it’s increasingly rare to see pure Sitka these days and, typically, what you’re seeing is a hybrid of Sitka and white spruce, ie Lutz. What’s fascinating to me is that the hybrid mix is not 50/50. It varies based on elevation and rain pattern, so you’ll find some soundboards that are more like Sitka and some that are more like white spruce. At a certain point, the designated species becomes a little less cut and dried.

“Most of the time in our production, we are looking for pieces of wood that are utterly pristine. Here, we relaxed and allowed ourselves the chance to work with orphaned sets that sounded amazing but weren’t necessarily presentation-grade. It’s wood with a little more character.

“When someone looks at one of our guitars, I would rather they think, ‘That sounds great’ than, ‘I wonder what woods it’s made out of’. I want them to look at their guitar and simply see it as a guitar. It’s for playing songs.

“With every one of these design decisions and the way we have assembled these guitars, the guiding philosophy has been to approach this instrument as an intrinsic object, not as a sum of its specifications. Our approach leans very heavily on the function of that instrument.

“We look at hard work as a wonderful and noble thing. That’s what we’re called to do. To that end, we want to serve every Taylor player very well. The song is the thing, and right now we need shared songs more than ever.”

For more on the American Dream Series, visit taylorguitars.com.