Darran Charles of Godsticks sits down with the Tesseract guitarist to talk guitars, digital modellers and more. 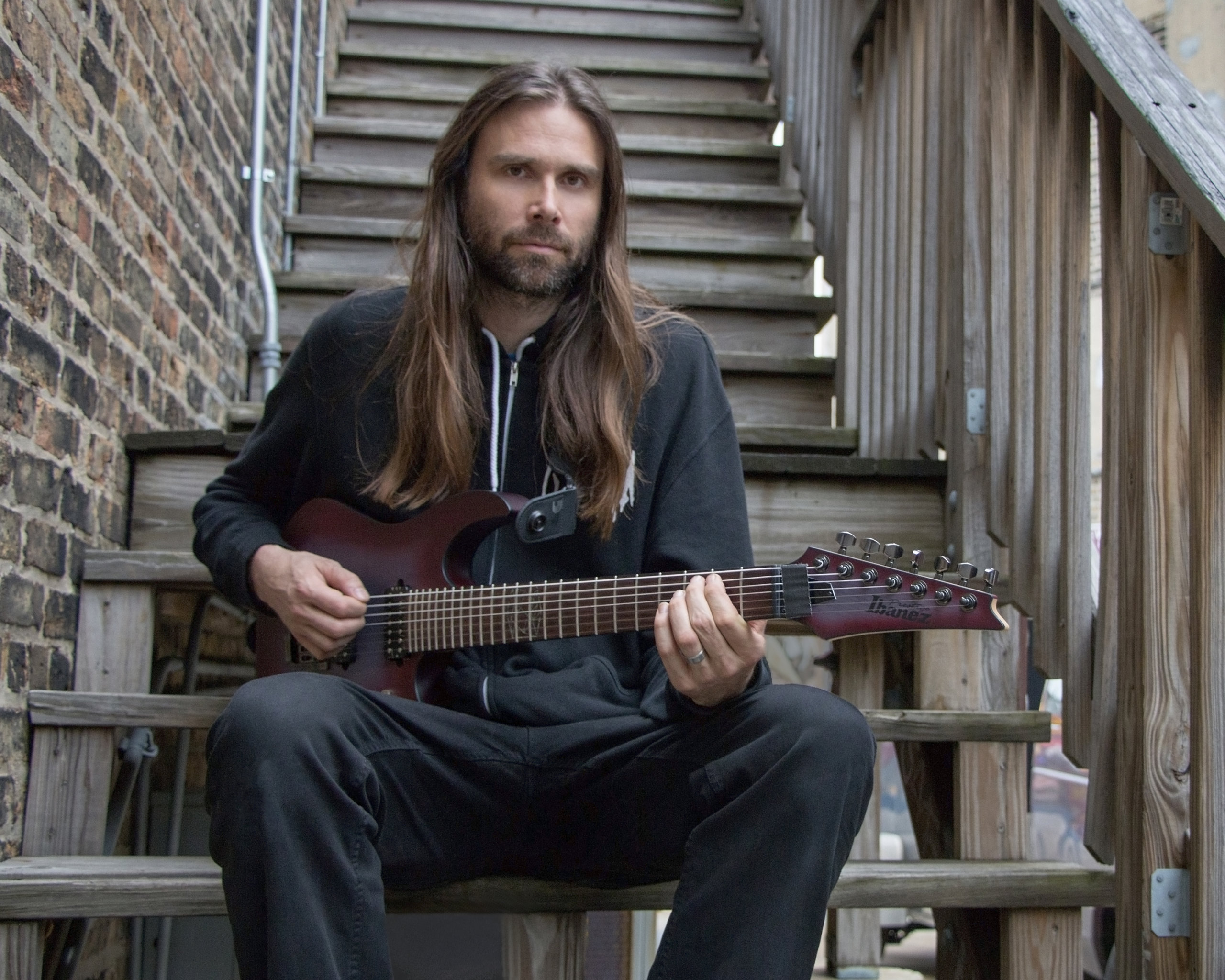 In the last five years, progressive metal has moved to the forefront of the heavy scene, with bands such as Animals As Leaders and Periphery gaining fans the world over with their brutal and virtuosic approach to the genre. On the other side of the Atlantic, Tesseract were one of the leading lights in the progressive scene, and have been going from strength to strength since the arrival of their debut album, One, in 2011.

2018 saw the release of the band’s fourth studio album, Sonder – a short but stunning seven-track, 37-minute concept album that sees the band spreading their creative wings like never before.

Ahead of their US tour with Astonoid and Plini, we asked Godsticks guitarist and TGM contributor Darran Charles to sit down with Tesseract’s guitarist James ‘Metal’ Monteith to chat about guitar…

DC: Do you hold much value in gear? Would you consider yourself ‘gearheads’ as a band?

DC: Up until recently you’ve been using Fractal audio stuff in the studio and live also; is that still the case?

“We’ve actually just moved over to Kempers! We were using the Axe-Fx Ultra pretty much up until the end of last year. They’re fantastic pieces of gear: the rhythm guitar tones you can get out of them, and the Fractal level of details is insane – you can basically spend hours tweaking loads of things you never even knew existed in an amplifier to try and shape your sound.

“Although we were using the old one [Axe-Fx Ultra] we felt it was time to freshen up our tone a little bit. We started talking to Kemper and they sent one out and we managed to get a profile of a Diezel Herbert and it sounded phenomenal. So yeah, we thought we’d have a go at the Kempers just to freshen things up. It sounds a little different so it’s kind of exciting to us.”

DC: Did you ever get the opportunity to use the Axe-Fx 2?

“Yeah, Acle’s actually got an Axe-Fx 2. Funnily enough we found it kind of difficult to get the same rhythm tone on the 2 that we did on the 1, so we never actually used the 2 live.
“I guess the nice thing about the Kemper is that you can profile sounds. So some of the clean sounds that we used were actually modelled from a Line 6 Helix, which seems odd because the whole idea of the Kemper is to profile valve amps! But it works when profiling digital gear as well.”

DC: So the clean sounds were profiled from a Helix patch then? One of my questions was actually going to be, ‘What Fender amp profile were you using for cleans?’ [laughs]

“Yeah, a Helix patch! I actually don’t know what the hell the patch was named but the original tone where that came from was from the old Line 6 POD, and it was a patch called ‘Variax acoustic’, which gave that really sort of twinkly, harpsichord type of sound. I think that’s a sound that Acle’s developed to become one of his signature clean tone sounds. It’s a very digital sound; there’s nothing natural about it at all.”

DC: What amp profiles were you using for the heavier rhythm work? Were you using exclusively the Diezel Herbert profile or did you experiment?

“Yeah the Diezel Herbert profile for all the rhythm guitars and all the heavy stuff. It’s quite funny because on the Axe-Fx our main patch was way more complicated: we had dual amps running in stereo – there was ‘FAS modern’ and another one all spliced together – and it ended up being a really complicated patch.

“Whereas on the Kemper it’s very simple: we’ve basically just got like a boost and EQ block before the amp, then we’ve got the Diezel Herbert then there’s a gate. That’s pretty much it: it’s much simpler [than the Axe-Fx Ultra], which I like as it’s a lot easier to use than the Axe-Fx.”

DC: Your criteria for choosing guitar tones, I get the impression certainly from Sonder you’re more concerned with how the guitar sits in the mix with the drums rather than an individual tone.

DC: When did you first make the transition to using the digital stuff live?

“We actually used the digital stuff for the clean tones from the very beginning. I remember when we were first gigging about 10, 11 years ago, Acle had his AxeFx Ultra and I was still running a Line 6 POD for the cleans.

“We actually had a MIDI A/B switch so the rhythm guitars would all go through the amp, and then if you wanted to switch to clean it went through the digitals systems and direct to PA. It was actually quite complicated, and a hell of a lot could have gone wrong. Luckily, it didn’t!”

DC: You were quite early pioneers of the technology then? For you, what are the benefits and drawbacks from using digital modellers live?

“To be honest, the main benefit is convenience. My entire set-up is basically a rack unit, a tuner and a couple of cables. We were using cabs with amp heads up until about 2012 and carrying that stuff around with you on tour for six weeks is brutal, especially having to pack that stuff away every night!

“It’s just really nice to pack up, coil your cables, put the face on the rack case; and then that’s it, you’re done! So, convenience is 100 per cent the best thing.

“Also, because we automate all our patch changes (because we have loads of different tempos), realistically we couldn’t use footswitches as we’d probably mess it up all the time! So the other advantage of having digital modellers is that it works seamlessly with Cubase which does all the patch changes. And it never makes any mistakes, which is great!”

DC: I’ve found that a massive drawback when playing live with any sort of pedal board is the tap-dancing: it interferes with playing.

“Exactly: you eliminate that, and you can just focus on playing the guitar which is the most important bit. I guess on the flip side I still miss having a cab onstage. I guess you can get around this with power amps but I miss that feeling of the weight behind you and also if you want to get feedback and that kind of thing.

“At the moment we run in-ears, so we have no stage sound meaning you can’t use the amp as part of the instrument and also you can’t feel the weight. Also, I think sometimes the front row misses out a little bit because when you’ve got cabs on-stage they can hear the stage sound, whereas they just get a cymbal solo at the front now!” 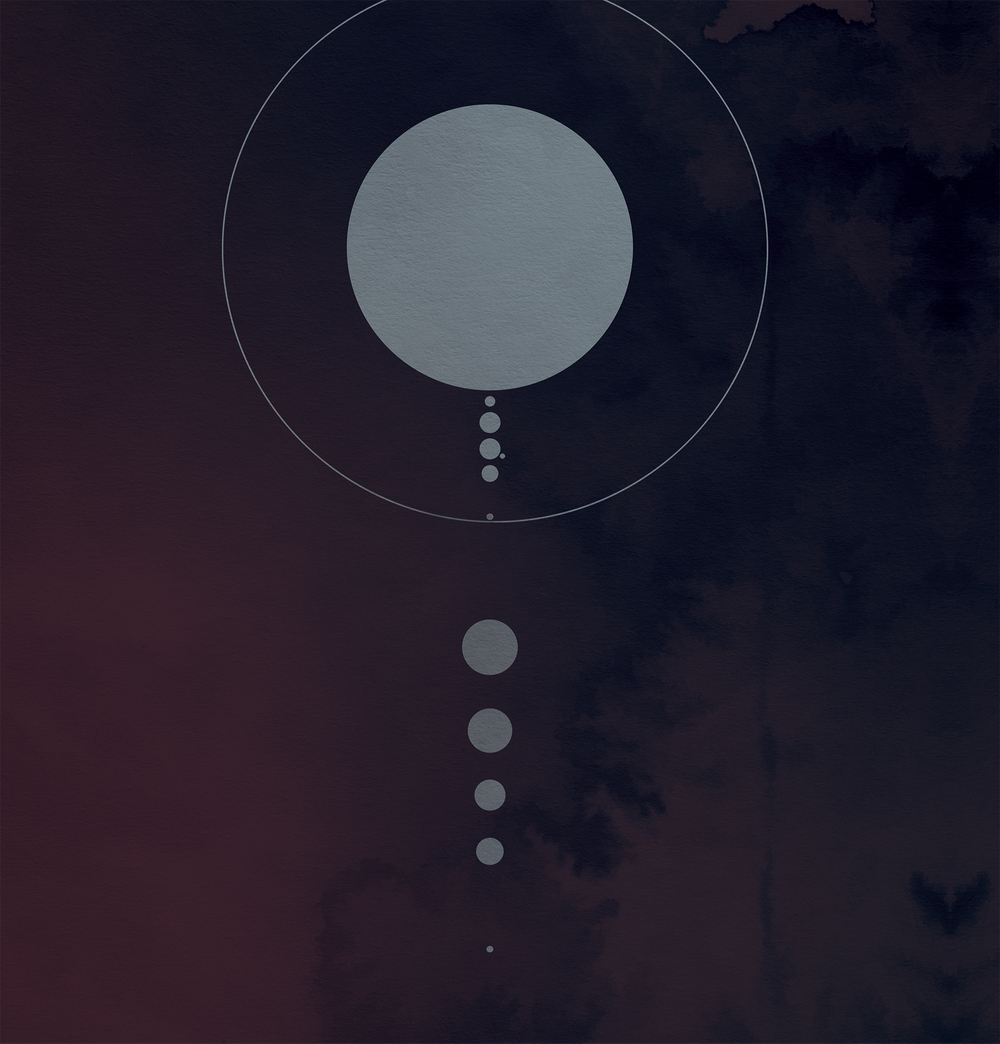 DC: Are you still using Ibanez? I know you’ve been a user of them for quite some time.

“Yeah I love Ibanez. They’ve been really, really amazing with their support over the years. They’ve just built me a new custom guitar as well. There are so many amazing guitar companies now and amazing luthiers like Corrilian guitars, Blackmachine, loads of them.
“One thing I like about Ibanez is their worldwide support. I remember once we were touring in Germany and I had an electrical problem with one of my guitars. Someone came out to a show, took it away and brought it back to me at the next show within 24 hours and had fixed it.”

DC: What pickups are you using at the moment?

“One of my guitars has Bare Kuckle Black Hawks in it, and the other two have Bare Knuckle Aftermaths. I’m a big fan of Bare Knuckle pickups: they’re just really bright, punchy, good low end, incredible clarity, and they’re quite high output for passive pickups.”

DC: I read somewhere that you use pretty light picks like 0.8mm? Is that true?

“I guess we don’t hit particularly hard. It actually came from some of the earlier stuff: if you’re down a full kind of double octave palm muting part, you can get a nice scrape, you can add a bit of scrape in the tone that makes it a bit sharper. Or for what of a better word ‘Djenty tone’, whether we’re allowed to use that word or not!”

DC: With this album, or generally, how do you approach the songwriting, is it a collaborative effort?

Traditionally Acle is the main songwriter and he basically pulls everything together. Sonder was actually the most collaborative record we’ve done yet, and a couple of songs we all wrote together. The way we write together, I don’t think it’s unusual anymore. It was once upon a time, but we all live quite far apart so it’s all done over email.

“So we have a shared drive, so somebody comes up with a riff or an idea, throws it in the shared drive, then somebody will take that idea and add something to it, Dan will then take that and sing a part over it. So King for example worked exactly like that. It started from a riff I wrote, then Aidan our front of house engineer actually wrote a melody over it. Then I developed that end bit into a bigger kind of chorus.

“Then Acle took all of that, wrote the middle section, and then Dan sung over the whole thing. In fact Dan sung over part of one of the riffs which then changed how the riff worked, then Acle kind of restructured the riff to go around that vocal. So in a way it was like a very organic band room style of writing, but done all over the internet.”

DC: I think that’s the way most people seem to do it these days, or at least the vast majority of it. Even if they live close by they seem to do everything via e-mail or WhatsApp.

“Yeah, people like to just be in their homes!”

Sonder is out now on Kscope.