“Can you get a guitar to sound like the breaking of a wave?”: The Joy Formidable on new album Into The Blue

From visualising guitar tones as natural phenomena to finding inspiration in wind chimes, guitarist Ritzy Bryan shows that there are no limits to creativity on the band's first outing for Hassle Records.

On their last LP, Aaarth, the trio chose to unite the personal with the mythical and symbolic and that theme broadly continues here, with guitarist Ritzy Bryan seeking to emulate nature through her guitar melodies and riffs.

“I love experimenting with different guitar sounds, the stranger the better. I sometimes go into the studio with a visual of what I want to hear, the cross sensory idea of ‘seeing music’. A lot of my visualisations are inspired by the natural world. Can you get a guitar to sound like the ambience of the night sky, or the breaking of a wave?

“The opening guitar on Farrago was a happy accident, but to me it sounds like walking through water. It’s somehow inconsequential but at the same time a story needs the right atmosphere. The development of the guitars in Farrago was probably one of my favourite writing moments on the record, mostly in the instrumental section. It’s wave after wave of new sections and layers, high guitars calling and answering with whammies and pitch shifters. I love those sections that play with your ears on each separate listen, you find new colour and depth depending on how or where you’re listening.” 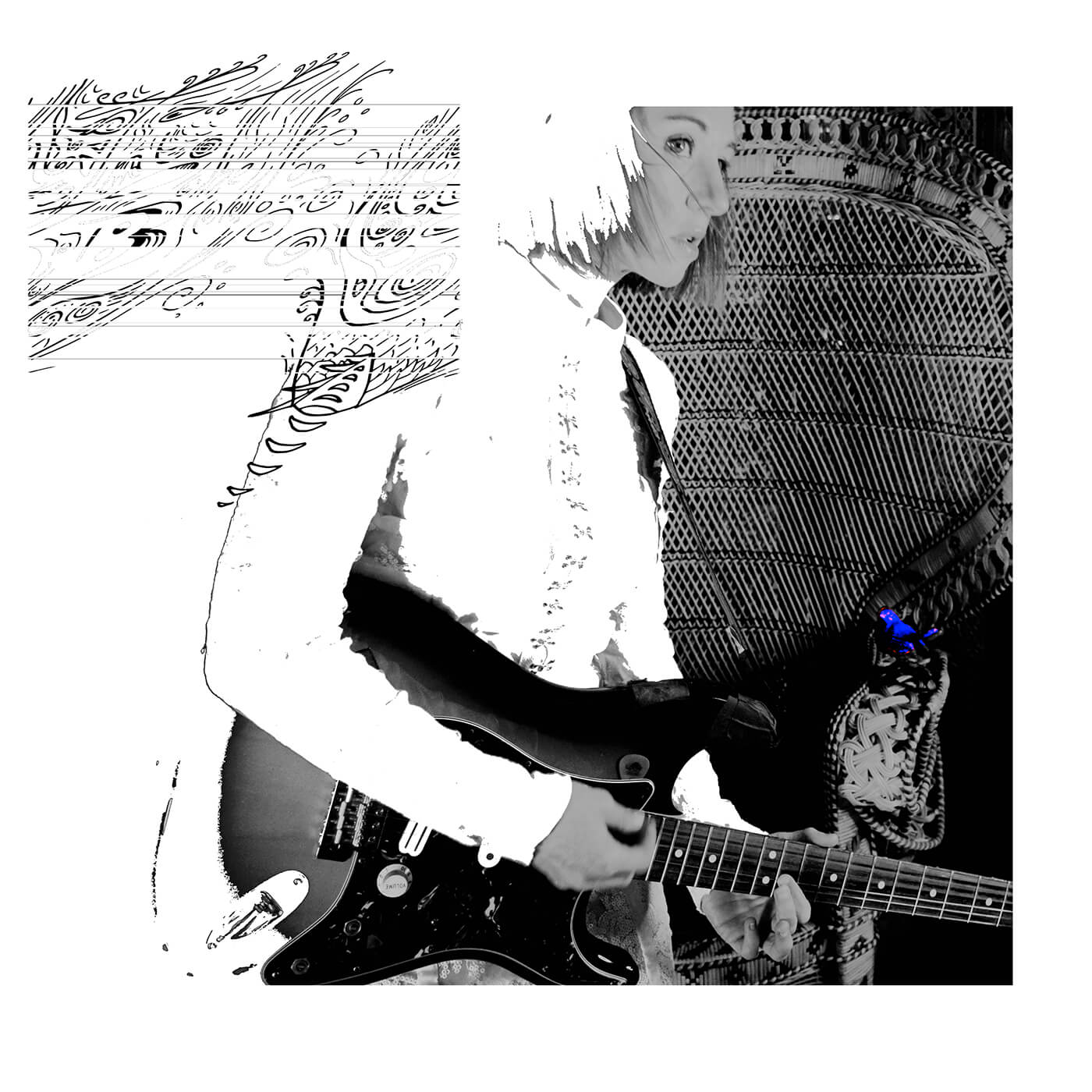 “Looking back at the writing process, it’s sometimes difficult to remember what instrumentation or lyric birthed a song, but Back to Nothing was definitely rooted by the lead riff. When we came to the final recording, we layered the riff with more than one guitar, which was a different approach to the original demo. There’s a bottom and a mid guitar that’s growly and rumbling with a tremolo bass, but the high guitar is clean with a glassiness that gives it the haunting quality we wanted.

“It’s a song about facing your past, that the ghosts and the memories prepare you for a better future. I like to think that the use of sonic displacement in the track is symbolic of changing the way that you think. The chord progression repeats but where the riff lands is different. We enjoy playing with the phrases and the overlap of musical elements.”

“Space and rhythm are a big part of this record, and it plays into the role of the guitars. The verses have two or three guitar parts that weave together to create a certain suspended effect with the piano. It’s a way of deconstructing the idea of using chords, and instead building melodies – and the chords – from multiple layers of guitars. Funny how figuratively the production echoes the sentiment or the story of a song. Musically the track plays with the idea of intervals, especially with the eighth note delay giving it this dreamy step effect.

“We had a lot of fun with the extended solo in this one. It’s a passage that repeats but gets more layered as it goes on. I think that’s a big part of our aesthetic. We love making use of different timbres and filling the gaps. Being aware of the spaces between the guitars that we can play with.

“There were two main guitars being used on this one, mostly for their subtle differences in sound. My 1992 Fender Strat, maple-necked and very well rounded, lots of sustain, combined with a more recent rosewood Strat, which was cleaner and brighter.”

“Bit of a stonker this one, with very high guitars, whammied (is that a word?) up two octaves. The quarter-note delay on the guitar gives a pulse to everything which is a big part of this track. We wanted it to have a dance-like quality.

“This, and another track called Detour which we’re releasing through the Music Club, have a little more of a synthetic, psychedelic sound. Lots of low octave guitars with an eastern/bluesy element that’s making use out of the flattened second and seventh. We go between some analogue gear and digital tools like amp modelling effects in Guitar Rig, anything we can get our hands on really. We like having the ability to skew the guitars into other less recognisable instruments and sounds.”

“This song takes inspiration from one of our all-time favourite guitarists, Jimi Hendrix, with the opening suspended fifth chord riff. As the song develops, the riff takes on different voicings and layers, with many of the layers being recorded on different guitars, amongst them a Japanese Greco LP.

“We really enjoyed playing with the relationship between riff and vocal melody on this one. The vocal is insistent whereas the guitar changes are on off-beats. It gave me a lot of lyrical freedom to weave between the guitars. There’s a story to this track that’s quite sentimental, it involves a set of wind chimes that my grandfather made me, the high guitars are purposefully quite plinky and pure to mirror the sound of them ringing.”

Into The Blue is out August 20 on Hassle Records.