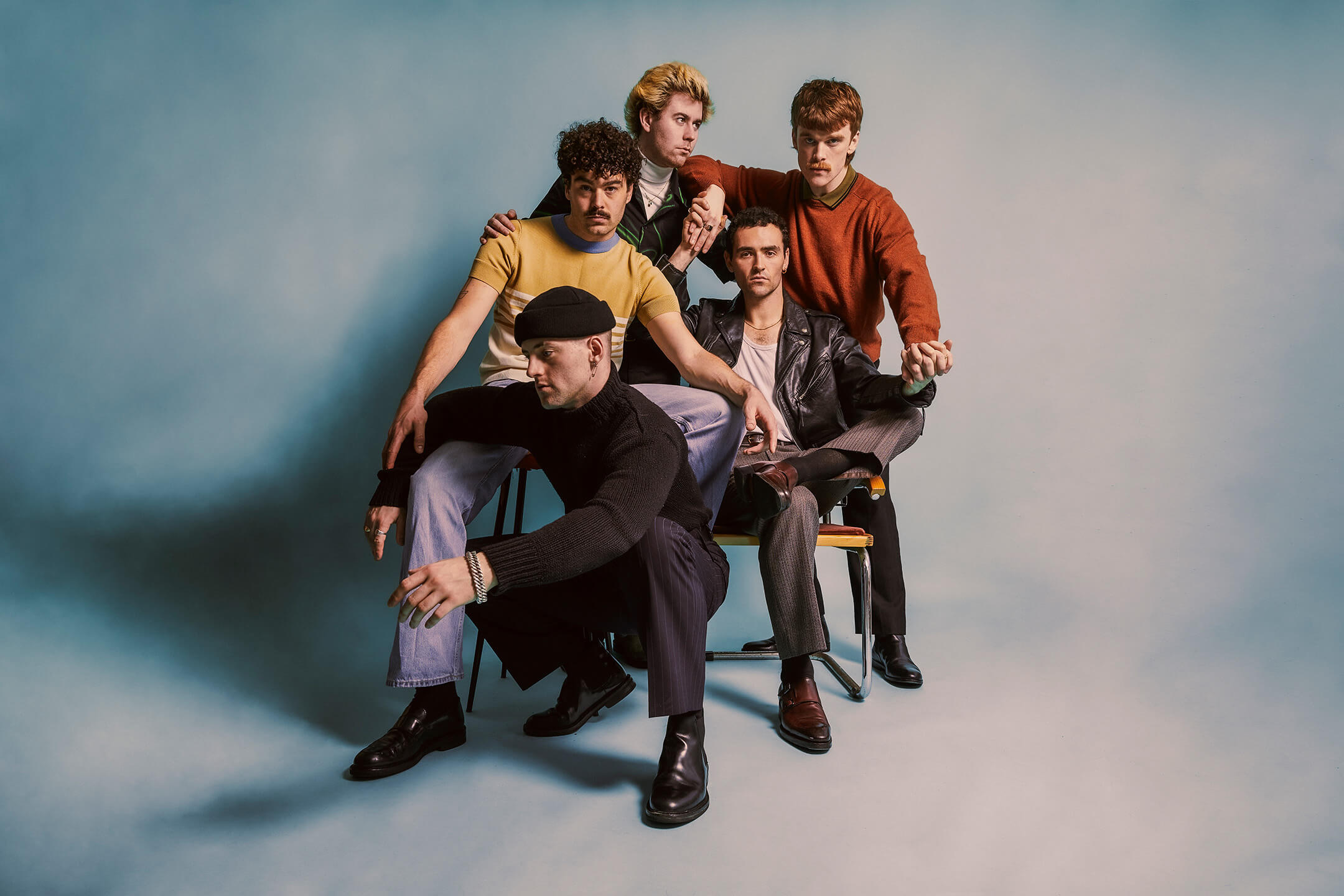 “I threw the vinyl on and I was like, ‘Oh, fuck, I can’t wait to hear those songs live’”: The Murder Capital on their second album

What you are doing is working. Every night, people queue up to show you that it’s working. But you decide to change it anyway. You stare down your trusted processes and instead follow instincts that are new and raw. You know you could be passing over great ideas because they appear too familiar, but you have to keep moving. You are the Murder Capital making Gigi’s Recovery.

Only a short while on from the release of their debut When I Have Fears, the Dublin post-punk band junked the approach that had sustained them since the start, pushing away from grinding intensity and towards colour and melody. While assembling their second album, they dug their heels in when they needed to, testing the tensile strength of creative relationships just a few years old.

“Sometimes we just weren’t delicate about it at all,” says guitarist Damien Tuit, his tangle of curls almost filling a Zoom window. “It gets to a point where it’s worth fighting over. It’s worth trying to get to that place. You can only be delicate around it for so long before you’re like, ‘Well, this is important, we need to get this right’.”

A loose concept piece, Gigi’s Recovery benefits enormously from this sense of friction. At a time when the market is saturated by moody boys with guitars who love Joy Division and Gang of Four, it offers something different. Much of that stems from vocalist James McGovern, whose more traditional approach allows Tuit and co-conspirator Cathal ‘Pump’ Roper to pass on some of the hook-based responsibility that can weigh so heavily on guitarists who back talky singers. “It allowed what we were doing to be over the whole phrase, or adding a harmonic element rather than having to just do the melody,” Tuit observes.

For the listener, this shift will be immediately apparent. Gigi’s Recovery is a rich, detailed guitar record defined not by its sharp edges but by loops and washes of sound. “I know I’m really bad at minimalism, I just want to fill in all the gaps,” Tuit admits. But it took a while for the band to hit this point. They took their time with these songs, bringing ideas to the table and allowing them to ferment, refusing to let go of things they rated and trusting that their message would eventually resonate with others.

“There was a lot of learning how to write together while also going for new sounds,” Roper says. “When someone brings in something different that maybe you’re uncomfortable with, or not as well versed in, there’s a lot of learning on that side of things. All five of us had a different sound in our head of what it would be. It just took a while for us to understand how to do that, and how to trust each other in those moments.” 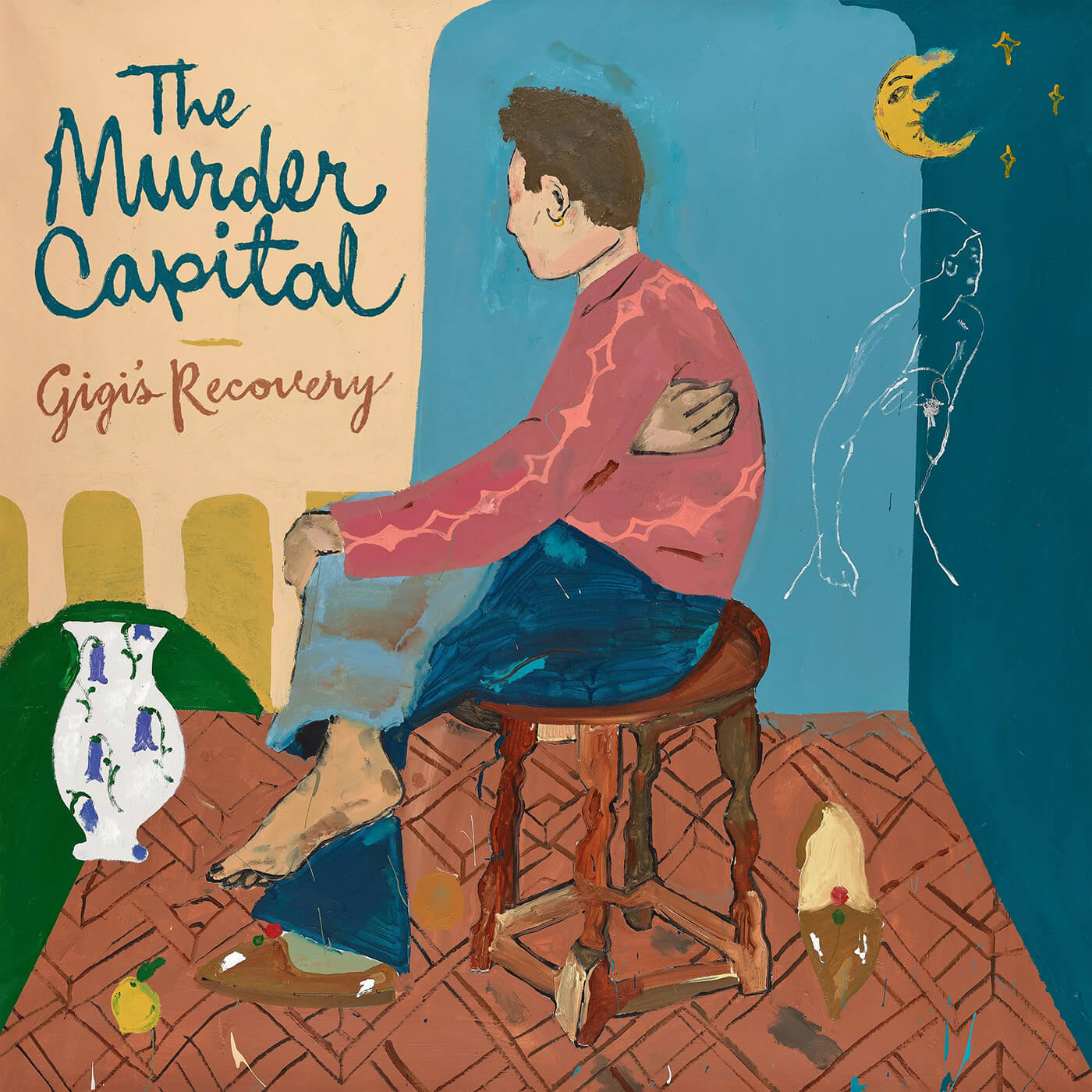 From the squalling dissonance of table-setter Existence emerges the juddering guitar loop and nagging, high-pitched synths of Crying, the first song proper. When Tuit and Roper made the demo it was essentially an ambient piece, and it got its name because it was making Tuit cry. “We’d put it on regularly, we were so excited about that idea,” Roper says. Eventually, McGovern caught its drift and penned a set of lyrics that give it a suffocating quality; a genuine sense of tension that they gleefully break open with a chorus that’s as direct as anything they’ve ever put to tape.

“I felt like we had a lot of time to harvest ideas,” Tuit says. “I was really inspired by the Line 6 HX Stomp. There’s like 200 effects in there, and they’re all pretty different and nuanced. Maybe every month you find a great thing, and it’s having maybe seven or eight tones that you’re starting to draw from consistently. But then the post-punk thing is a really functional sound for driving stuff. It was nice to be able to go back to that when needed – at the start we were afraid to go there at all. But after we found the other sounds, it was more comfortable. We are good at that, so why not use it?”

Both Tuit and Roper are firm believers in the idea of gear as a creative outlet. Here, they pushed away from the dock and let the current carry them for a while, finding that they were able to pull songs from patches or experiments that forced them to abandon their usual methods. “I love ring modulators, or things that make the note that you’re playing not the regular pitch,” Tuit says. “Your fingers, the relationship isn’t there. It totally gets rid of all that entrenched muscle memory and habits.”

Gigi’s Recovery was recorded with John Congleton, who in 2022 alone helped get records by Death Cab for Cutie, Sharon Van Etten and Ezra Furman over the line. The producer has a well-earned rep for making defiantly odd pop records alongside abrasive rock albums, and is spoken of fondly by musicians in terms of his ability to catch hold of an idea and see it through, realising sounds that previously felt out of reach.

“Oh, he’s spot-on,” Roper says. “He’s such a balance for all five of us, because he has those people like Xiu Xiu and Swans under his belt, and he’s then doing an Angel Olsen album and making it sound incredible. That immediacy was what we wanted. The part we struggled with the most on the record is hearing exactly what the song is doing, but then getting that across. He was our bridge to doing that. It’s funny, these things that we deliberated over in trying to get to that place, and trying to translate that feeling, how quickly he would just get that out of us.”

With plenty of work having gone into establishing the record’s palette during writing, Congleton served more as a guiding hand than gear-head facilitator. He wasn’t reaching into a bag of tricks every few minutes. “There was once or twice, with like things like the drums on A Thousand Lives or the guitar part on We Had to Disappear, where we had a discussion about tones and he was able to guide it and approach how we were going to record it, but overall it was more about mentoring the decision-making,” Tuit says.

“I think he knew that we’d spent so long gathering our textures and writing the parts. We knew what we wanted to do there. But with The Lie Becomes the Self, the arrangement we had going in wasn’t what we wanted. He was like, ‘Right, just go in and do a take,’ where Pump had a Rhodes going through his pedalboard, or I had a little mini piano, and we improvised over the whole thing and then cut it down.”

Guitar-wise, Tuit has designs on trading his Jazzmaster for a Jaguar, while Roper has embraced change after semi-reluctantly switching his Ibanez Artcore AS73 for a 1970s Gibson ES-345, using it throughout sessions on Gigi’s Recovery in tandem with a Strat. “It was given to me by [Snow Patrol frontman] Gary Lightbody,” he says. “Our old tour manager was very against my Ibanez. It’s a great guitar, I don’t know why he was so against it, but he was pretty downright about ‘you need the sound of this Gibson, once you hear it you’ll put it on everything’.”

Before the pandemic did its horrible thing, the Murder Capital had cultivated a name as an uncommonly intense live band. There was no posing involved, and very little in the way of theatrics. Just songs that were thematically heavy performed with a ring of truth and conviction. Gigi’s Recovery is a different proposition. It offers light and shade, and a sort of surrealist playfulness that is a whole other thing. There is no fear from Tuit and Roper, though. They’re in it with this new material.

“I was in the office and the vinyl came in,” Roper says. “I threw it on real quick and I was like, ‘Oh, fuck, I can’t wait to hear those songs live’. There is something more intense about those songs, maybe a hard-hitting thing on the emotional aspect, that I feel like it could be easier for us to translate sometimes. The first album is so rooted in those feelings that, when you’re not in that place, sometimes it feels a bit crazy to be playing it. Most nights it’s hitting and it’s cool. But then there’s some nights that if you’re out of that place, because it is so extreme on that level, it can be hard to translate.”

The Murder Capital are back out in the world, toting an obsession with their new music behind them. It’ll be intriguing to see how they blend a setlist in the coming months, and even more interesting to see if their next move involves another left turn into something fresh. They are rolling forwards with the understanding that they’re not the finished article and probably never will be. “That won’t ever go away,” Roper says. “You hope to improve yourself.”

The Murder Capital’s Gigi’s Recovery is out January 20 on Human Season.