The band that started the Kscope label prove that limitations and intimate recording setups can breed a mass of creativity. 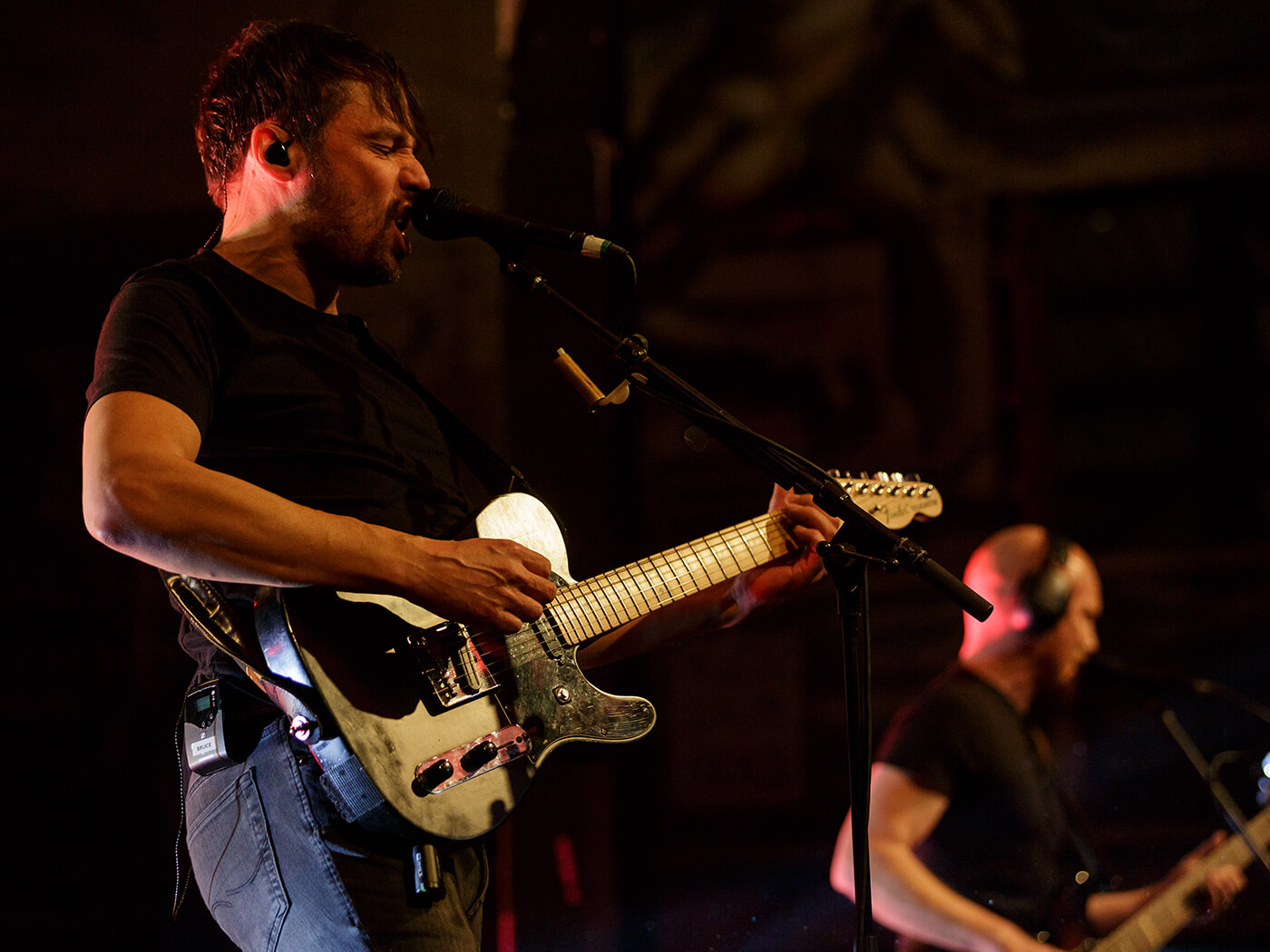 Bruce Soord is something of a musical polymath. Spearheading The Pineapple Thief’s entire discography, whilst also finding time to form a record label for the band’s output.

On their 13th album, the progressive band formed in Somerset over 20 years ago found solace in the simplest form of recording, tracking all guitars through a Kemper in Soord’s attic. “The best part about having a setup like this is that throwing demo songs together, I would often end up with the final guitar part right there, studio quality, without thinking about it,” he admits. “There is something special about playing with no extra weight on your shoulders.”

Indeed, Versions Of The Truth again proves that this band are still at the forefront of prog rock, constantly driving it forward. Whether that’s through using an infinite number of pedals, limiting his electric guitar choices to just a PRS SC-250 with Seymour Duncan pups and a Highway One Tele with a kill switch or utilising Cubase as an instrument in itself. “I would often track lines knowing I was going to mess around with them later [in Cubase],” Soord reveals.

The limited recording process has in no way come across in the songs, however. Across ten tracks, the band excitingly divulge into a huge collection of soundscapes, from minimalist excerpts to meteoric crescendos; immersive instrumentals and intricate, expressive slide and fingerpicked guitar lines. Below, Bruce Soord picks his favourite guitar parts from the album.

Versions of the Truth

“I picked this one first because this is the first thing you hear on our new album. A long, reverse guitar line washed in reverb meeting a spooky vibrato chord. Most of the creative effects were applied post-tracking using Cubase. I track most of my guitars using a hand wired AC-30 profile from The Amp Factory in my Kemper. The vibrato is the Soundtoys Tremolator.” 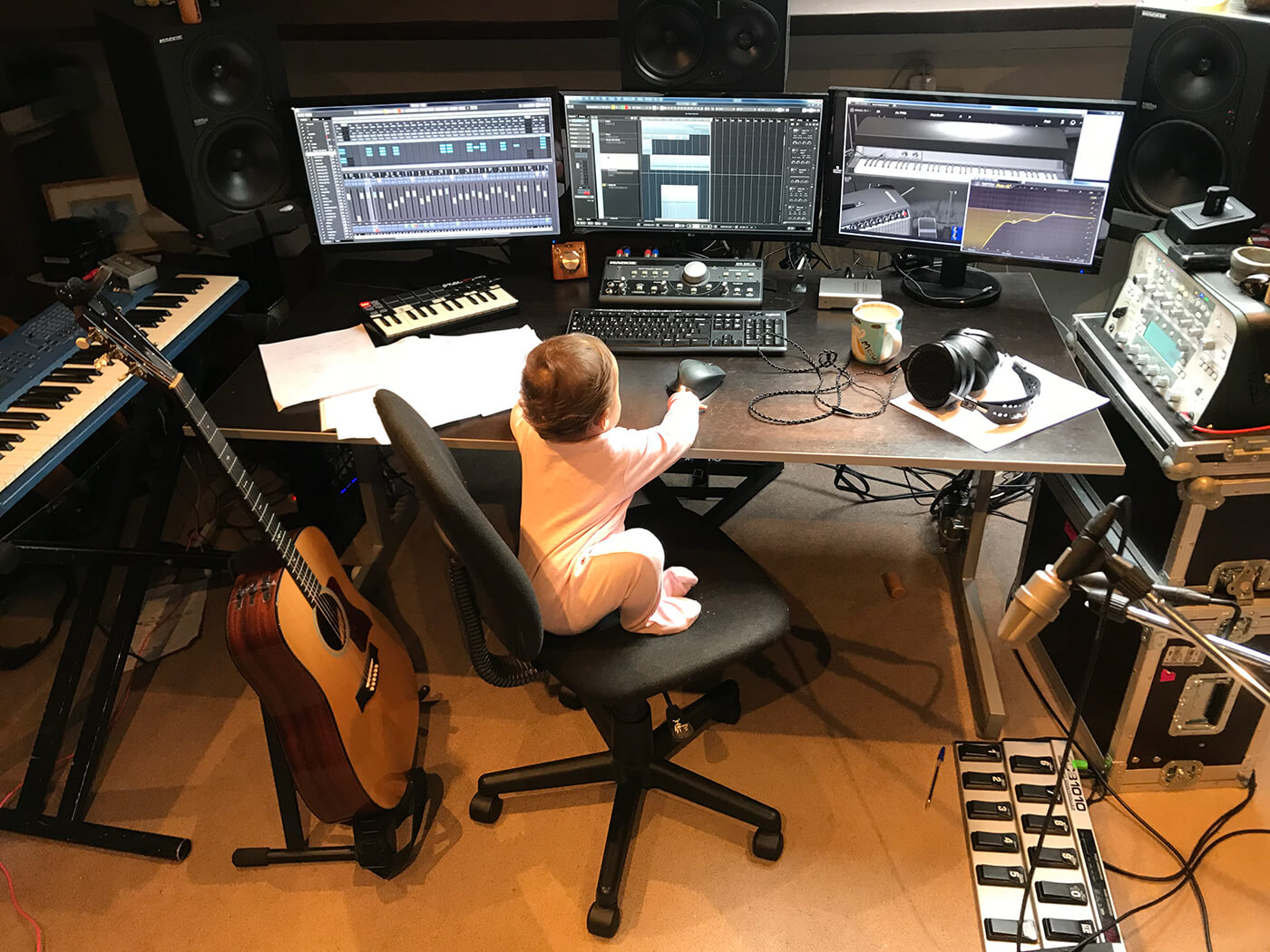 “The first thing I do when sitting down to compose a solo is to throw out the first thing that comes into my head and force myself to approach it from a stranger angle. David Torn made a guest appearance on our Dissolution album and what he did with his myriad effects blew my mind. Since then I’ve particularly enjoyed using a whammy as a creative tool. Yes, it’s great for whistling, screaming leads but it’s also really great when you use it to destroy the sound of the guitar. Some of the noises it can make are amazing. So, for this solo I sat down and tried to make it go wrong as much as I could and eventually pieced it together to form a journey. It’s definitely a guitar highlight of the album for me.” 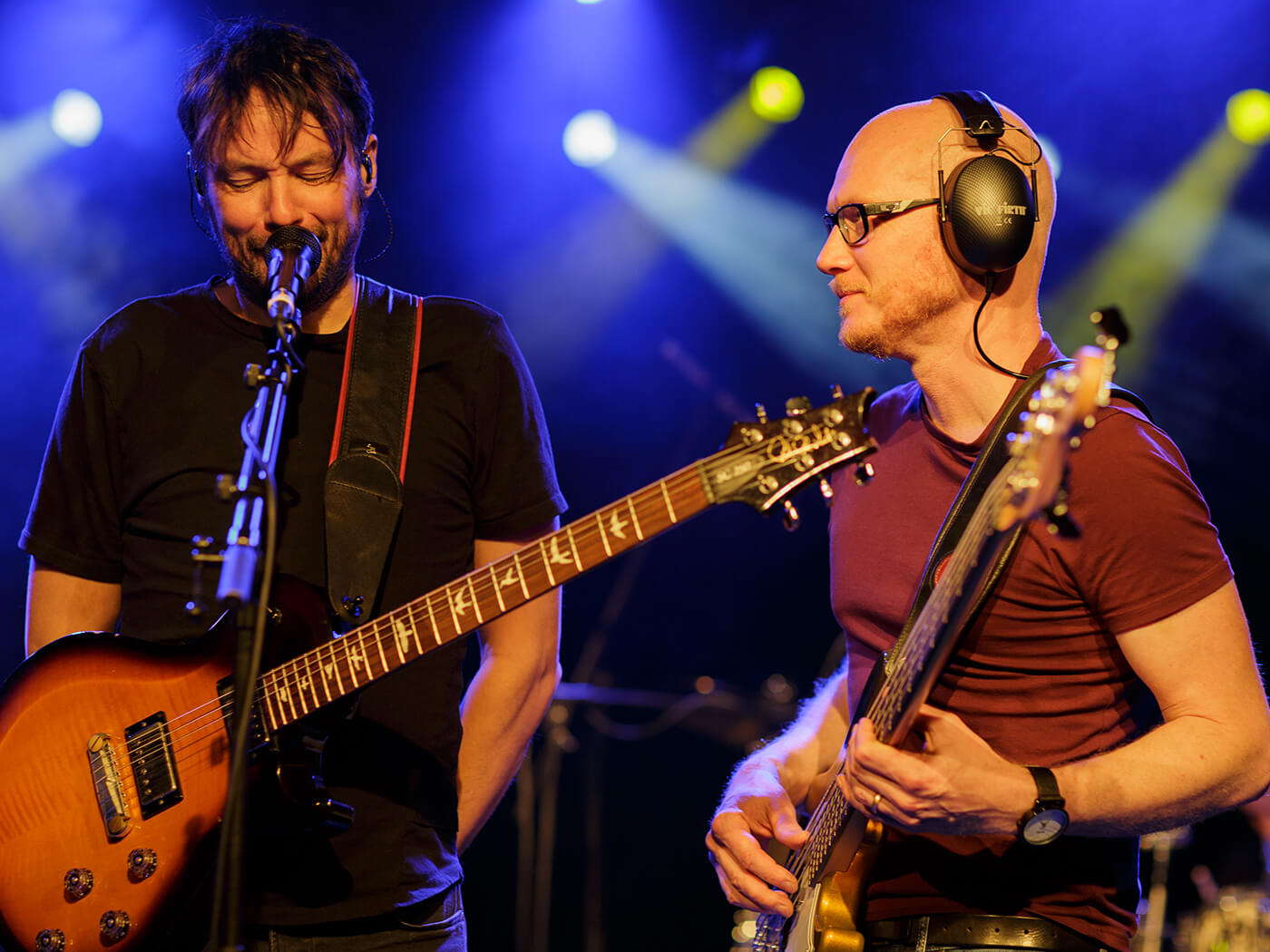 “I’m really lucky to own my Taylor acoustics and I love tracking with them. I’ve been talking about how I track with the Kemper and carry on the creative process in Cubase. Well with an acoustic, it’s just old school. Mic it up and go. There is a descending acoustic lead line after the first chorus that I am especially proud of. It’s a hook!” 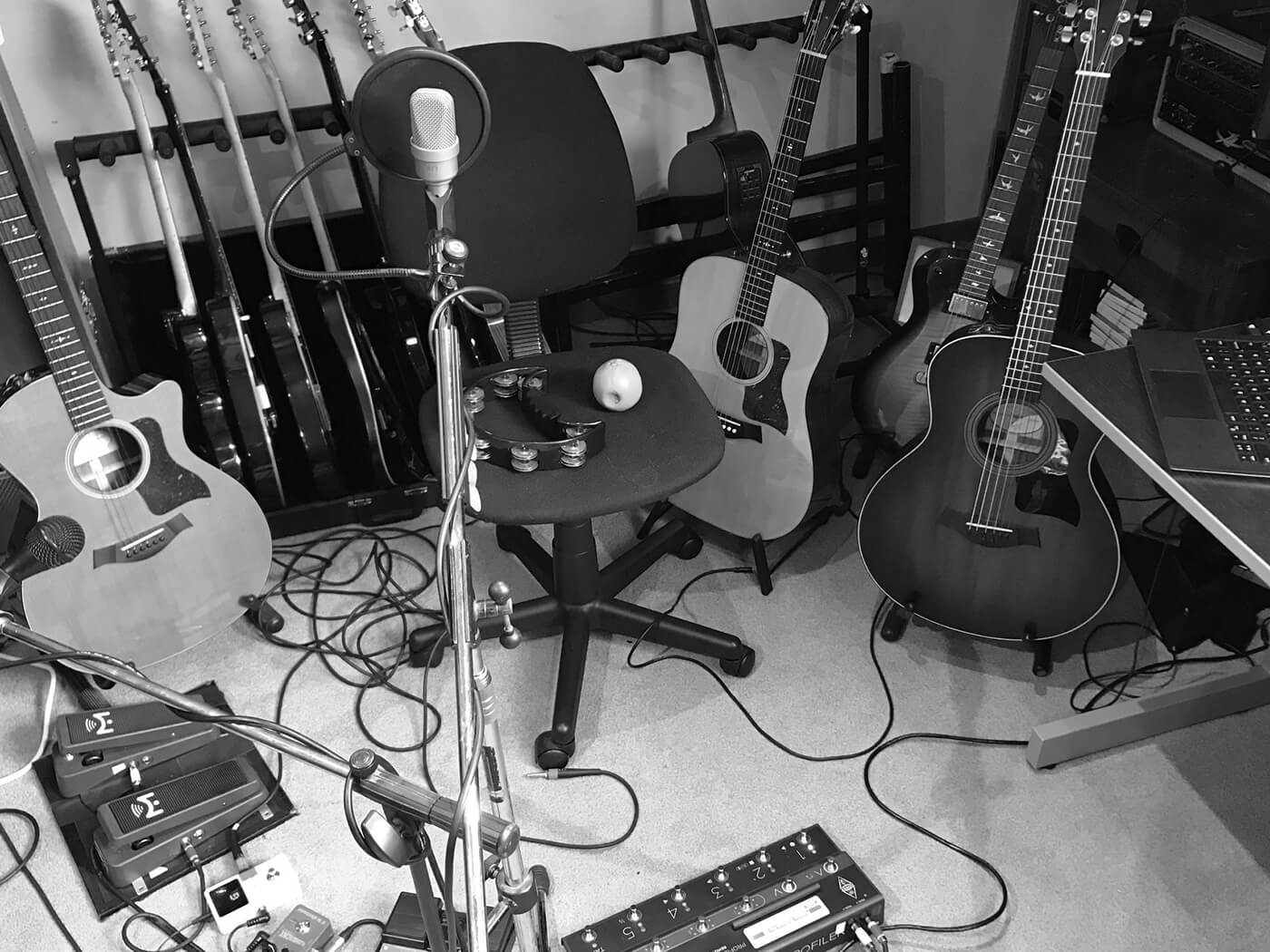 “Where this song develops into the middle section, I decided to really go for it in terms of atmospheric lead guitars. Again, I went for a reverse melody, tracking each note one at a time and composing it as I reached the crescendo I was after. And then it shifts into a lead slide guitar line, with a slight eastern influence in terms of its scale.” 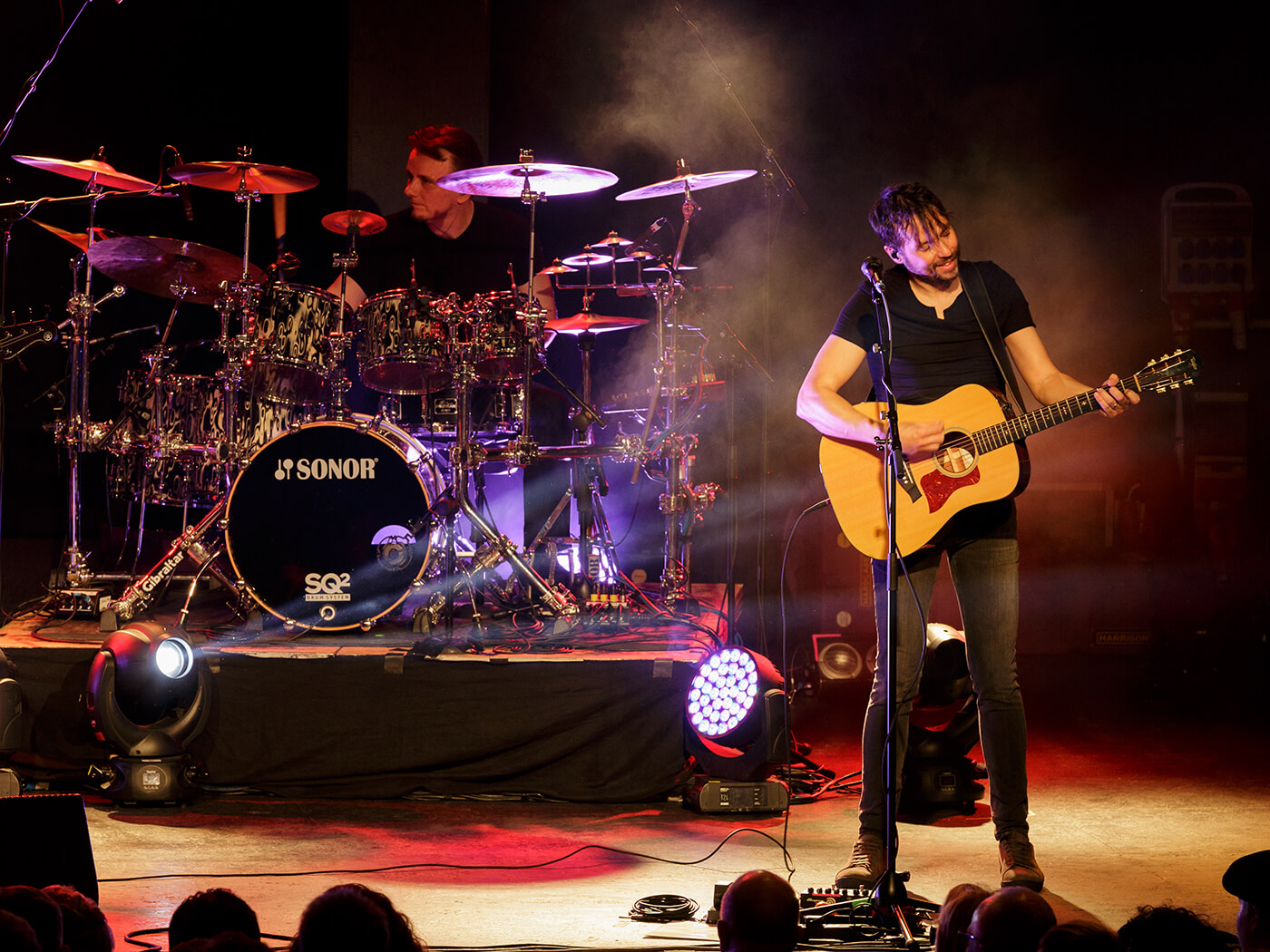 “This last pick is just a simple finger picked acoustic guitar, but I think it lifts the choruses in just the right way. I’ve always loved finger picking ever since I had a couple of lessons at school with my first guitar (a nylon stringed cheapo). I never had any more lessons after that. Everything I do is by ear. Don’t worry, I’m not going to start THAT debate. I’ve had too many on our tour bus!”

The Pineapple Thief’s new album, Versions Of The Truth, is out now on Kscope.