The Canadian guitar-slinger tells us about his love of British amps, his reluctance to use effects, and why learning different instruments can make you a better player. 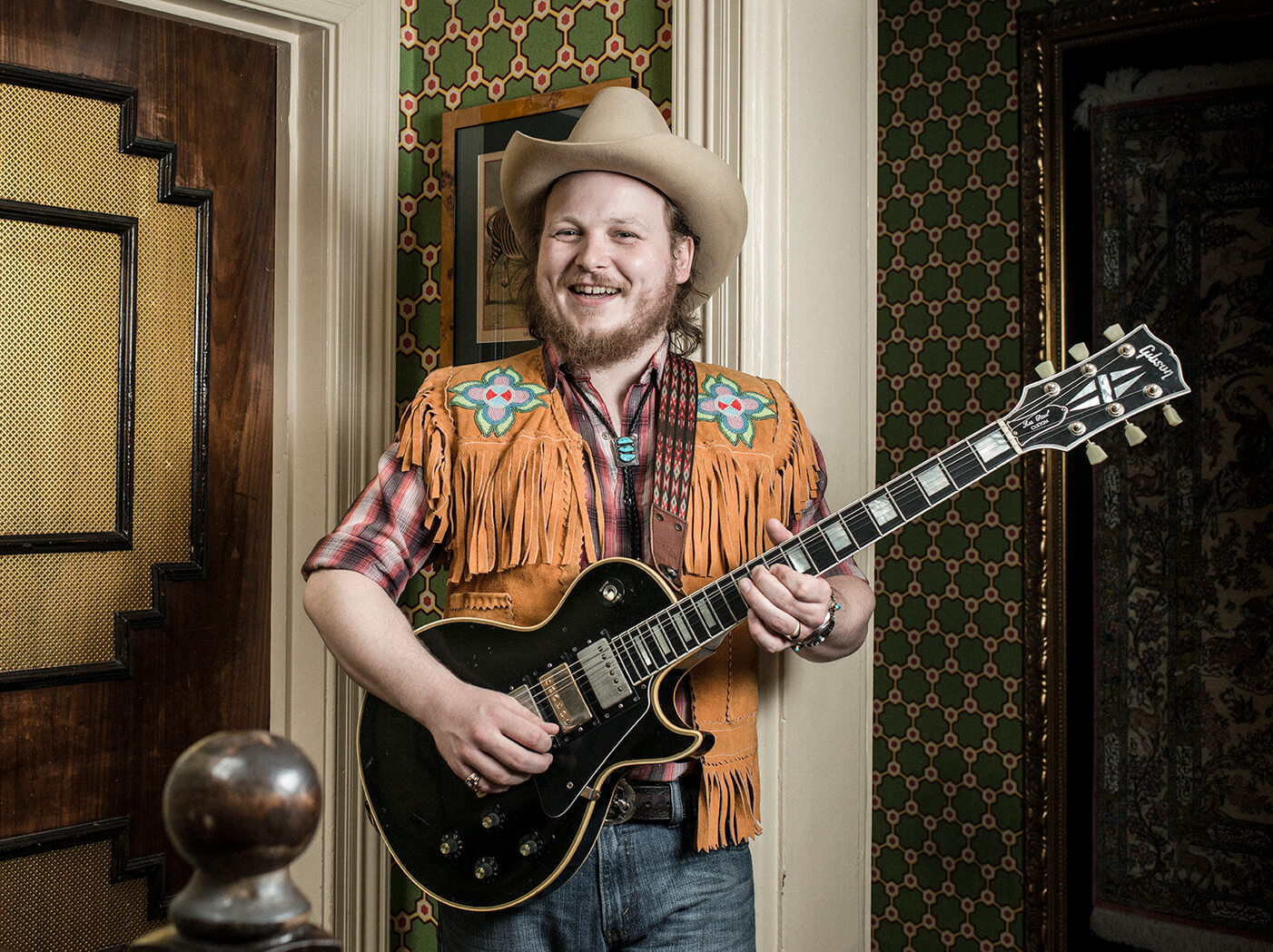 Anyone who has travelled extensively knows the sense of relaxation and happiness that coming home brings and the smiling face of The Sheepdogs’ guitarist Jimmy Bowskill tells that story. Four days after landing from a long stint touring western Europe with the band, he’s enjoying some downtime at his cottage a few miles outside Toronto – and he’s in the mood to chat.

Bowskill’s driving yet lyrical lead guitar has been the bedrock of the Canadian rock outfit since 2015, when a mid-tour departure saw the Juno-winning blues-rockers down a guitar player.

“They were in a real bind,” he explains. “The previous guitarist was gone and I was friends with one of their guitar techs at the time. He recommended me and was so sure I would fit, he bet a week of his own wages on it!” 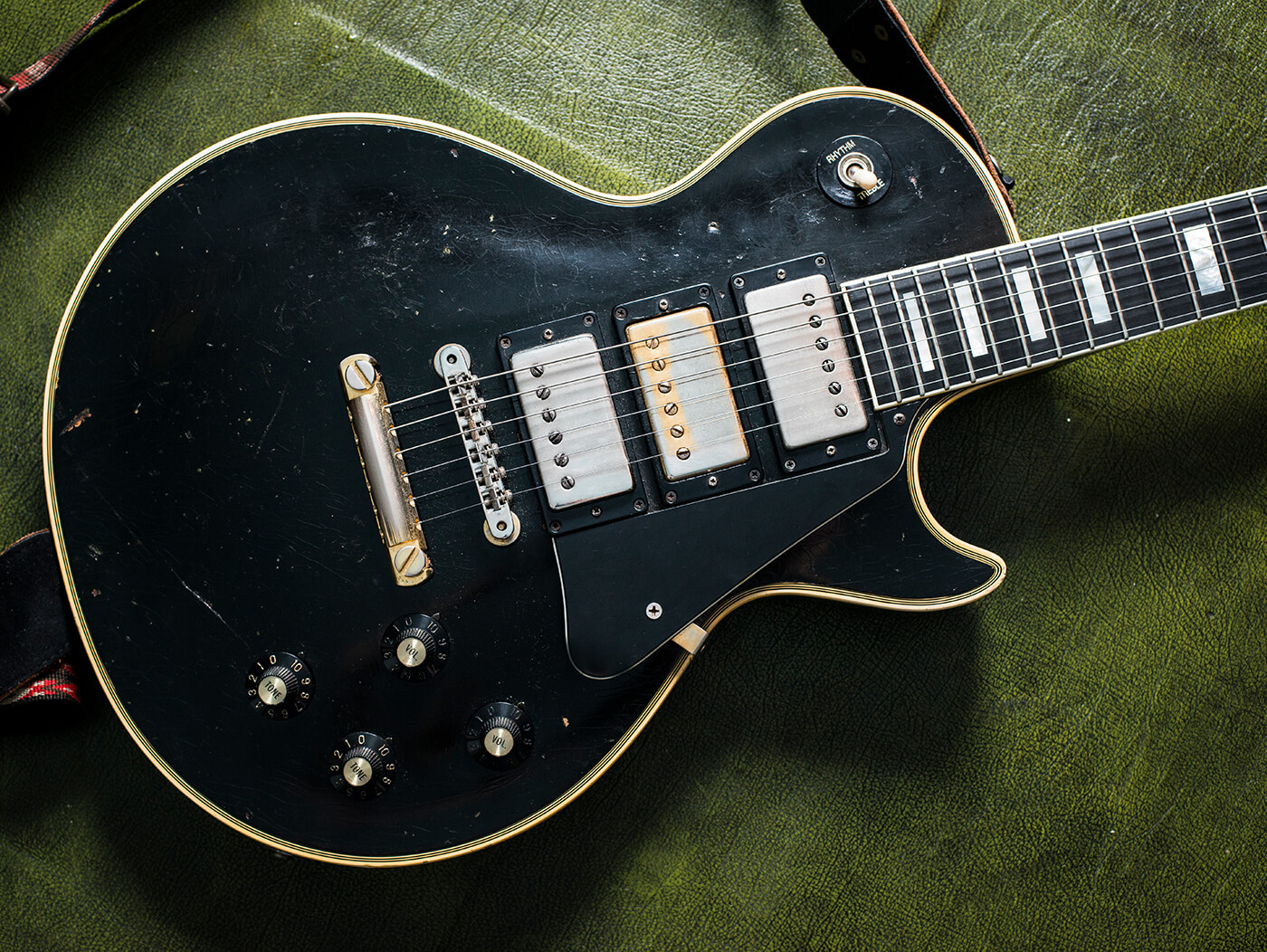 Stepping into an unfamiliar situation at short notice was always going to be a high-pressure gig, but having someone else’s money riding on his performance certainly focused Jimmy’s mind in preparation for the audition.

“They sent me a Dropbox with the tunes on and I stayed up all night learning and playing everything,” he recalls. “Then we rehearsed and I played the full set the night after.”

Clearly, he’s the sort of guitarist who thrives under pressure, as four and a half years later – despite still dabbling with his previous band Blue Rodeo and working on a solo record he hopes will surface in the autumn – he’s still there.

Here for a good time

Bowskill describes The Sheepdogs as “good time rock ’n’ rollers” and they certainly put on a proper show – the guitars are loud, the Southern-tinged blues-rock is ballsy, and the 70s Americana outfits magnificent. But there’s depth here, too.

In between the hooks and singalong moments, you’ll find virtuosic guitar playing between Jimmy and Ewan Currie – the lead singer who also knows his way around a fretboard with aplomb. How easy does this Allman-esque ‘guitarmony’ – as it was described on the release of the latest album, Changing Colours – come about?

“It’s sometimes very easy, it depends on the tune. A song like Cool Down / Kiss The Brass Ring, which is a long joint instrumental…” he lets out a little sigh, as if transported back to a long studio session, “that took some time to put together, yeah…”

A professional musician since his pre-teen years – Jimmy was so young he wasn’t allowed to sit in the bar after gigs before being driven home by his dad (“he took zero-per-cent commission”) – he’s had a long time to settle on what works for him, gear-wise: a 1968 Les Paul Custom Black Beauty, a 1969 Les Paul Standard Goldtop and a 1973 Fender Telecaster Thinline.

The Sheepdogs setlist is broadly similar on most nights, but Bowskill uses these guitars interchangeably, despite their differences in tone, sometimes playing whole gigs with the one guitar or mixing guitars throughout the gigs. “I like to keep it fresh and they all do something a little different. I also don’t really repeat solos, I try to play a different solo even in the same song every night. It’s nice to get a little different inspiration from a different instrument.” 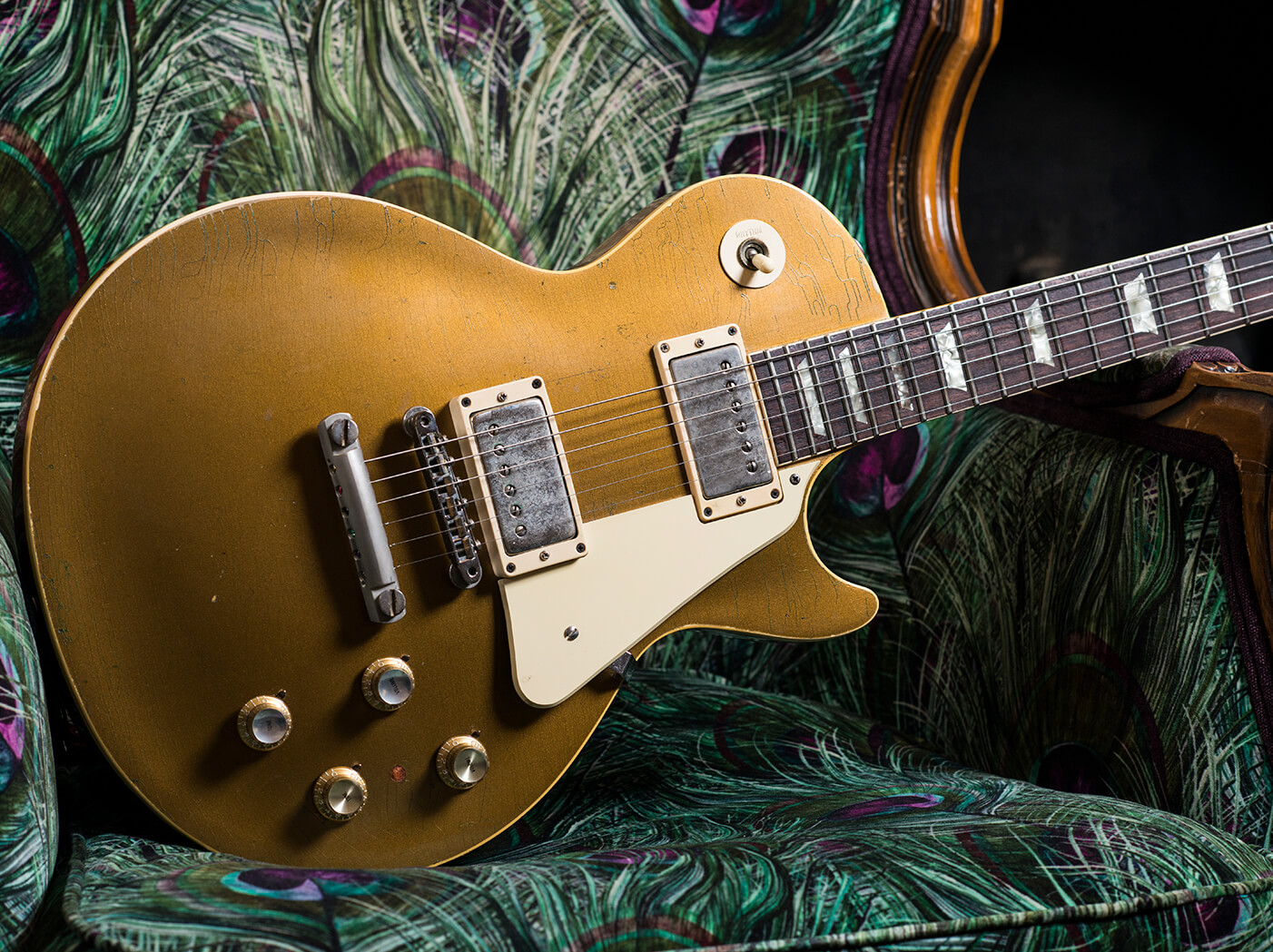 Sitting behind this is an Orange head into a Marshall cab – perhaps not the most obvious choice for a Canadian band who play Southern rock. “I love the sound of it. In fact, I’ve always loved English amps and I collect them,” Jim enthuses, clearly warming to the subject. “I have a couple or Marshall Plexis, some Hiwatts, Laneys, a Vox… But I started using this Orange as I used to use Marshall 18-watters for so long and I’d use two at the same time with matching cabinets. But the Orange is two EL84 power tubes, it’s basically the same as the two Marshalls, with one master volume and a little more headroom.”

For all the size of the head and cabinets, in direct contrast is a very small pedalboard. “I’m not a big effects guy,” Bowskill tells us. “You can do loads of cool stuff with them, but I’ve always been a ‘turn my amp up loud and use the volume on the guitars’ guy. If I dial it back to four or five, I can have a clean tone without losing much volume, then I can crank it up and get the same thing I would get with an overdrive pedal.”

That said, he’s not quite going direct. There are definitely some pedals lurking there for times when he can’t help but step on something. “I run an MXR Dyna Comp, which is great for slide; and an MXR 108 Fuzz, which I use for the song Feeling Good only, a delay pedal for violin, and that’s it!”

Anyone who has seen Bowskill play will tell of his serious chops, from heavy blues-rock riffs, to screaming slide via in the pocket, Cropper-esque fills he walks across it all. A player of his experience and skill must have it all locked down by this stage.

“I practice every day for at least an hour,” he counters. “But at home, I only play acoustic and mostly bluegrass flat-picking. The dexterity in those chops makes everything else easy and the dynamic control in being able to pick that fast just transfers so well to everything else. I also play a fair bit of pedal steel at home.”

Ah, the pedal steel, which along with the already mentioned violin plus mandolin and a few others, are instruments that Bowskill weilds with seemingly effortless class. “Guitar was first, then I moved through others,” he explains. But surely lessons were required for the violin, given its tendency to reduce even capable musicians to sounding like they’re throttling a cat?

“I had one lesson for technique,” Bowskill shrugs. Seriously, we ask – one lesson? “But,” he explains, “I played mandolin already and it’s the same tuning and neck scale length, so it kind of transfers once you have the bowing down.”

But, given he considers himself a guitarist first, it’s interesting to consider how all these instruments come through into his primary art. “It does for sure,” he elaborates, “especially pedal steel. I’ve incorporated a lot more country-style, steel-lick bends and doublestop bends, chord bends, from my steel playing into the guitar.”

Ensuring that all of his playing disciplines feed into his guitar work seems like a fine plan. “You know, it’s kind of subconscious,” he concludes. “It just kind of transfers on its own.”

Changing Colours by The Sheepdogs is out now on Dine Alone.